Things To Do On Wednesday, November 23. 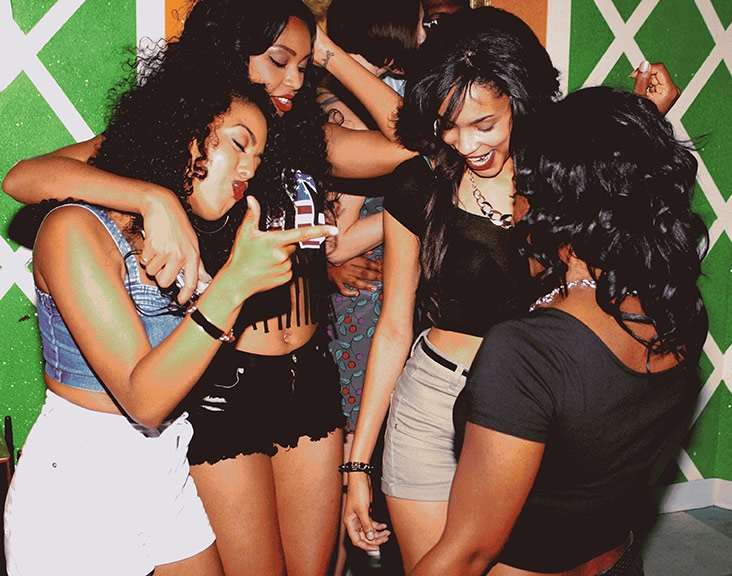 Get Hammered And Nailed.

All these years later, Saved by the Bell’s executive producer Peter Engel penned a new memoir about his time on the show. One of its big revelations? That the thing that was really supposed to be making Jessie “so excited, so excited, so scared” was speed, until censors made them tone it down to the kind of humorous caffeine pill thing.

Benjamin Francis Leftwich, Brolly at Dada
Leftwiche’s 2014 single “Shine” was named Spotify’s most addictive track of 2014 — not bad for a guy that takes after Nick Drake. The downtrodden singer-songwriter hits the states tonight. — CG

The Soil & The Sun, OWEL at Three Links
Chicago folkies The Soil & the Sun are putting a bow on it after this last string of dates. So, um, seem them now or forever hold your peace, or something like that. — CG

Black Pussy at Trees
History is filled with rock ‘n’ roll urban legends that sound just plausible enough in the grand scheme of rock debauchery to not be written off right away. (We’re looking at you, Rod Stewart.) One such tale claims that Mick Jagger initially intended the Rolling Stones’ 1971 hit “Brown Sugar” to be called “Black Pussy,” which the label deemed too racy. Whether or not there’s any truth to that tale, it’s a pretty significant an indicator of how far our society has come — or regressed, depending on who you ask — that a band of ’70s-influenced rockers from Portland can adopt the name and find places to play year after year. — CG

Altercation Punk Comedy at Three Links
Altercation Magazine/Records head JT Habersaat initially launched the Altercation Punk Rock Comedy Tour as an attempt to “marry underground stand-up with the get-in-the-van ethos of Black Flag.” Now his “No Sleep Till Turkey” tour makes a stop at one of the most punk clubs in town. — CG

Raj Sharma at Hyena’s (Dallas)
Raj Sharma appears to have had a charmed life when it comes to comedy. He started performing in Dallas in 2002, and took to his craft with remarkable quickness. His strong early grasp of comedy helped him create and capitalize on opportunities, and he’s been able to ride a wave of successful shows and positive press practically since his debut. Sharma considers his career unusual, to the point that he insists new comics not use him as an example of how a career in comedy tends to play out. While every aspiring performer’s career arc will take its own unique shape, Sharma possesses one crucial element to making it as a comic – the dude is bursting with talent. He can spin gold from his personal and family history, and he’s more than sharp enough to dissect the oddities of the world around him. He also possesses a dangerously swift wit, and can veer into pitch-perfect crowd work on a moment’s notice. See for yourself, as he’s back home doing shows all weekend. Read our recent interview with Sharma here. — Alex Gaskin

Joe Buck & Troy Aikman at AMC Grapevine 30
Fox’s NFL A-Team will be out at the movies, where Buck will be signing copies of his new book, My Life, My Dad, And The Things I’m Not Allowed To Say On TV. Then he and Aikman will chat with The Ticket morning show hosts George Dunham and Craig Miller. — CG

Good Charlotte at House of Blues
They’re always complaining, always complaining. JK, these dudes haven’t toured in six years, and before this summer, they hadn’t put out any new material in that time either. — CG

Bummer Vacation, Slow Seers, Sub-Sahara at The Live Oak (Free)
Your best bet to save a few bucks heading into the holiday weekend is right here. Not only is this rad rock show free to attend, beers are only 50 cents a pop once you’re inside. Score! — CG