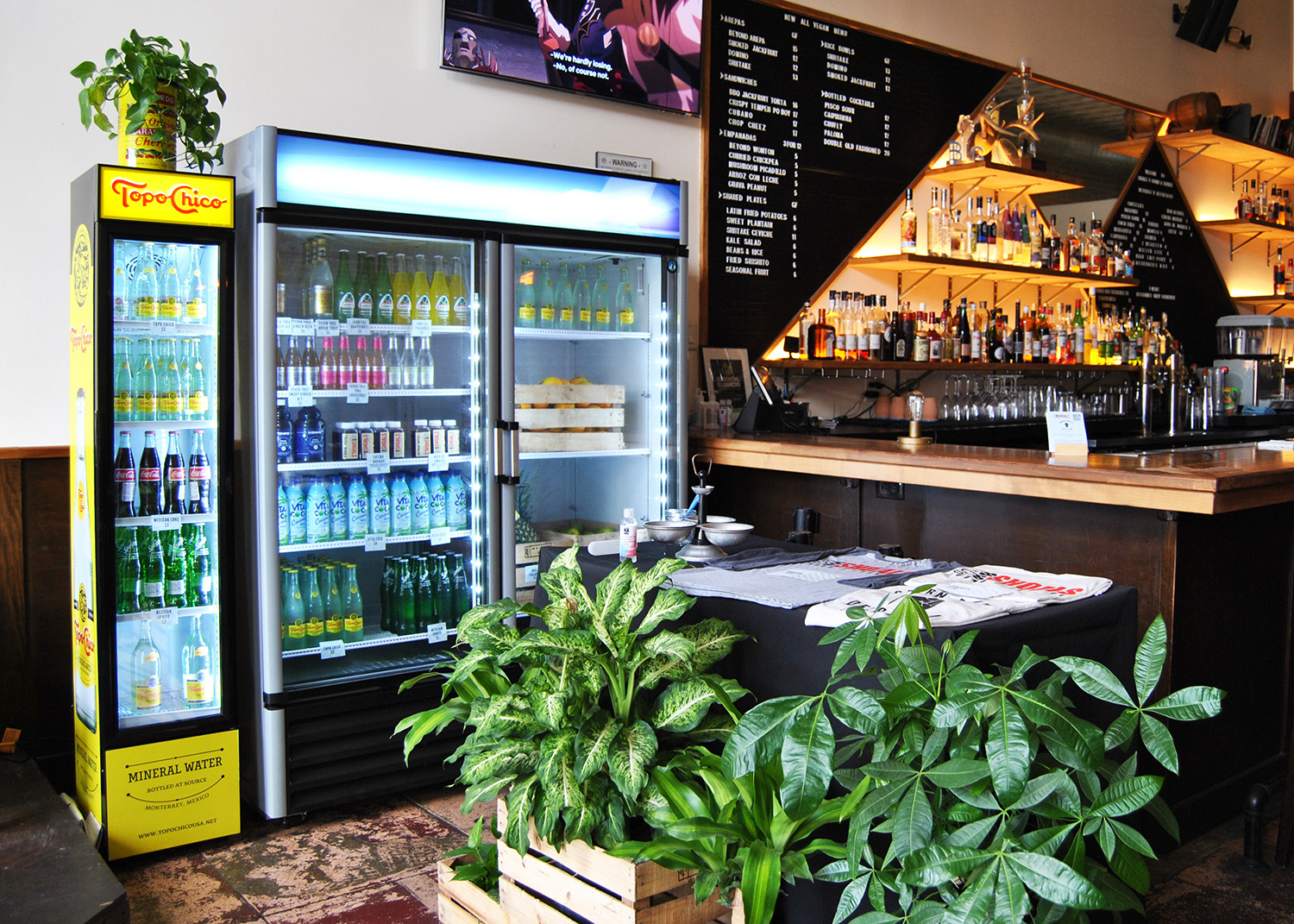 The Cocktail Destination Adapts To The Times With A Vegan Menu, New York-Style Comfort Staples And A Slightly New Aesthetic Meant To Ensure Its Survival.

As a punk-musician-turned-tour-roadie-turned-mixologist-turned-cocktail-bar-owner, Omar Yeefoon is no stranger to adaptation. And, these days, he’s thankful for that.

In 2017, he opened his Deep Ellum bar Shoals Sound & Service as a cocktail destination with a South American food twist, all in a space modeled after an iconic recording studio — and complete with a strict vinyl-record-only rule for the sound system.

But, as a man accustomed to changing directions as a means for personal fulfilment, he also understands that switching things up is the key to survival.

Throughout the still-ongoing coronavirus pandemic, his business has been able to keep its lights on by adjusting its operations in the face the numerous government-mandated changes that have ravaged many less-fortunate bars and restaurants around town. In late June, when Texas Gov. Greg Abbott ordered for the second time in a few months that all bars must (again) close, Yeefoon knew he and his business would have to change with the times, too. 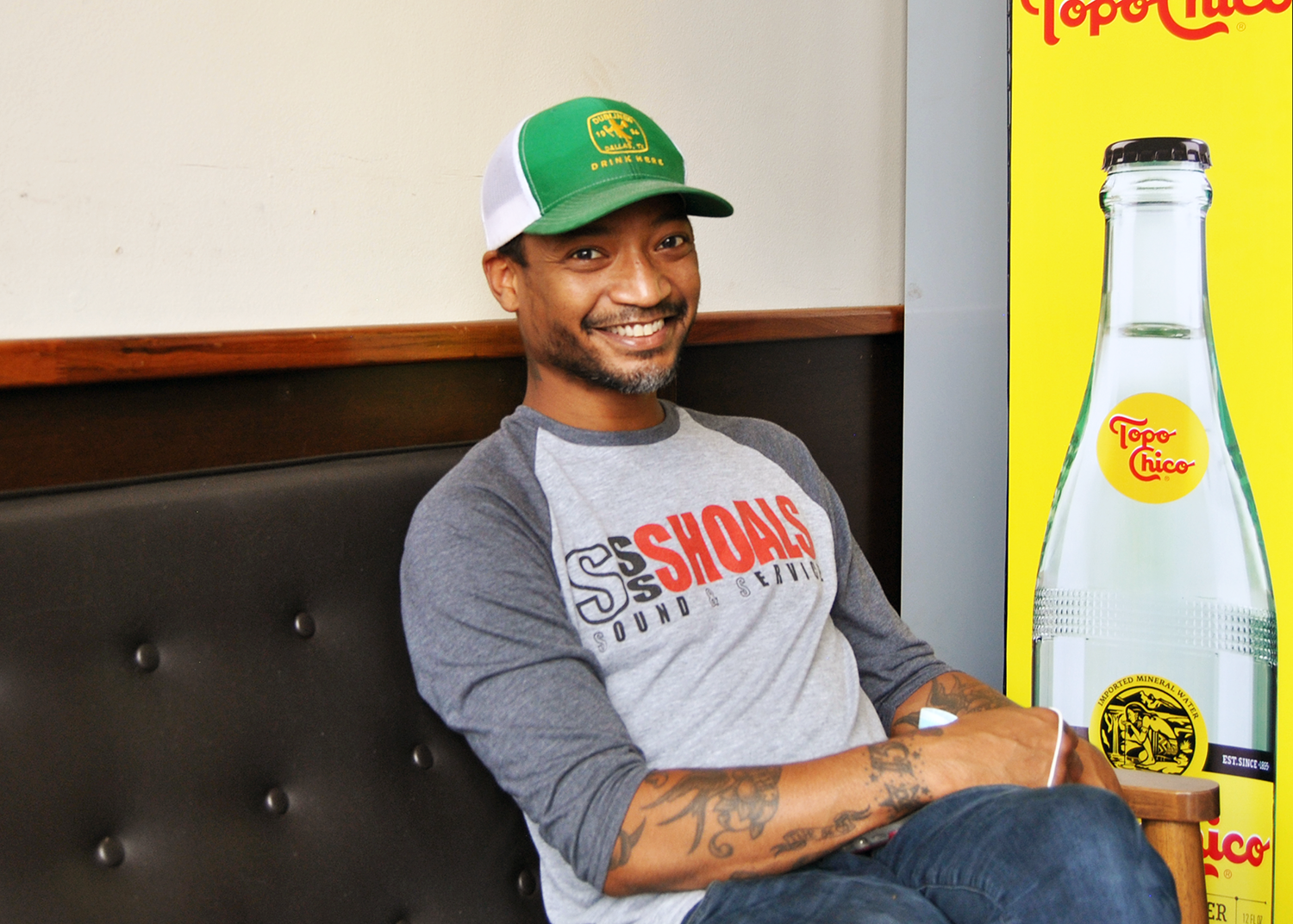 “I live [in Deep Ellum], so once we were shut down, [the neighborhood] went from a very useful and positive place to a burden — because everything closed,” he says, “After the shutdown, Shoals had to rethink things because alcohol was bad, and food was good. So, we refocused on food.”

But, whereas other bars temporarily turned into restaurants in order to keep their doors open, the newly all-vegan Shoals took things a few steps farther and transformed itself into an approximation of a neighborhood bodega.

“Between my own multicultural background and coming from New York City, where bodegas were part of the neighborhood, I thought that we could take a little bit of that back and turn [Shoals] into a modern bodega,” Yeefoon says. “I want Shoals to be the place that the neighborhood can turn to for consistent, solid vegan food, a full service bar and lots more.”

Bodegas first rose to prominence after World War II, as many Caribbean and Latin American immigrants moved to New York and opened small convenience stores that serve as grocery stores and hangouts all in one, usually for 24 hours a day. Though his version of the idea isn’t quite a direct replica of a New York City bodega — there’s no chatty Dominican uncle hanging out in the backroom offering you Brugal, nor is there a mercurial bodega cat perched atop a bag of pan sobao — but that’s OK. Shoals is going for something a little different.

The newly installed refrigerators near the entrance are the first step toward Shoals’ blossoming new bodega vibe.

That’s in part due to the fact that the fresh bodega dynamic at Shoals is still in its infancy.

The first and biggest change you’ll notice are its new hours of operations. No longer just content to serve the after-work and late-night drinking crowds, Shoals is operating at new daily hours that run from 11 a.m. to 10 p.m.

Meanwhile, its newly ordered commercial refrigerators– similar to what you’d see in a real bodega — are placed near the entrance and lined with Topo Chico, bottled cocktails, agua frescas and South American-focused wines.

Soon, Yeefoon says, those fridges will also feature food for on-the-go grabbing. While guests can order — either at the spot, or in advance for pick-up — from a traditional food menu filled with items made fresh and in-house, Shoals anticipates adding to its fridge stock a variety of house-made soups, salads and sandwiches — even quicker to-go options for the hungry neighbor next door or the bartender dreaming of a quick, comforting bite post-shift.

Is this what Yeefoon set out to do when he opened the bar a couple years back? No. Is a classic cocktail spot exactly what one might immediately think of upon hearing the word “bodega”? Also no — and Yeefoon doesn’t really care.

“I’m tired of cocktail bars calling themselves speakeasies when they aren’t speakeasies,” he says. “If that’s allowed then this is a bodega — even if it’s also not.”

Helping Shoals’ bodega case, however, is a new food item that those who’ve experienced bodegas before will know rather well. Thanks to the fact that Shoals’ small kitchen boasts an iron flat top, Yeefoon has now added a vegan version of the famous chopped cheese sandwich to his menu. 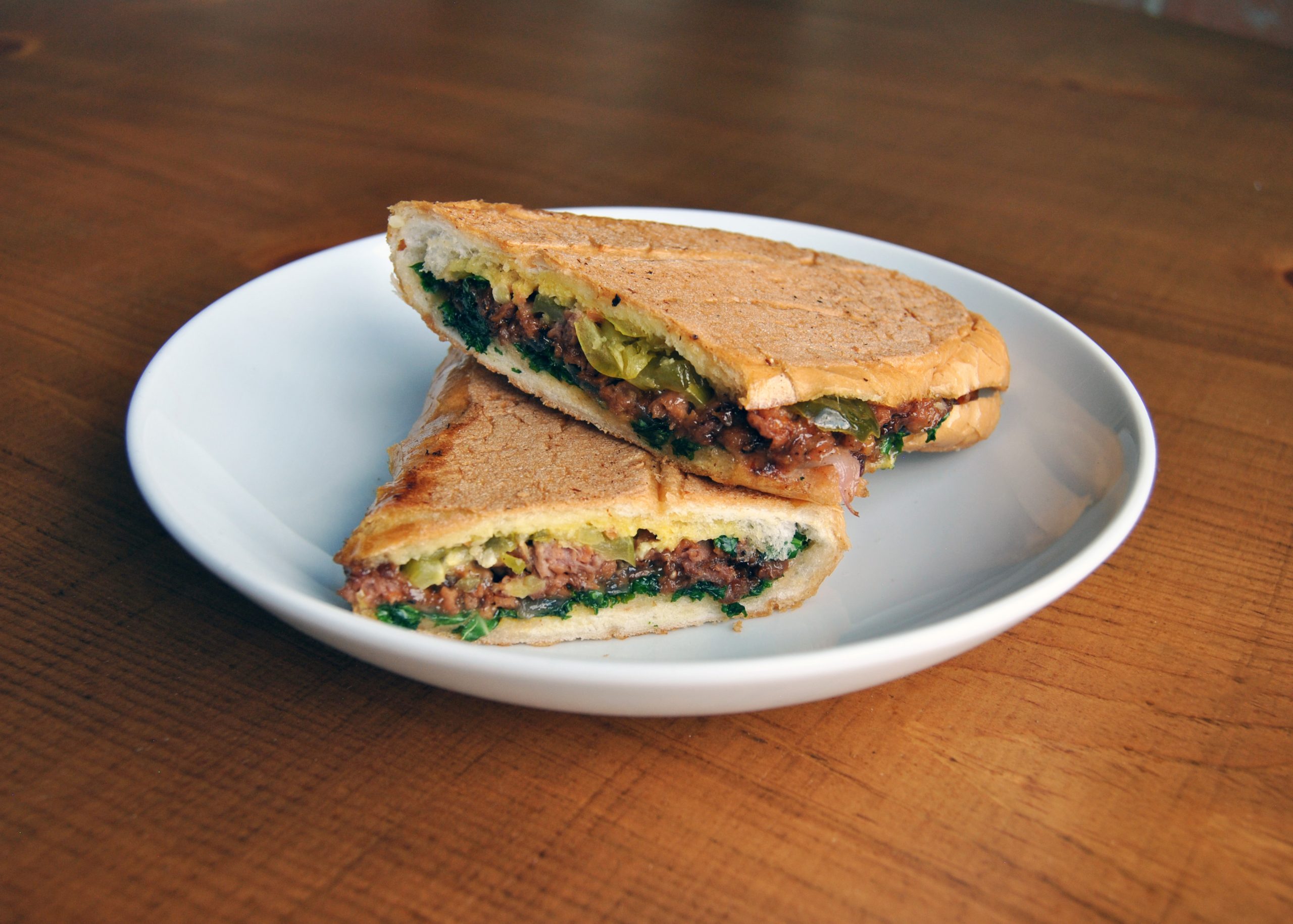 For the uninitiated, a chopped cheese is basically the East Coast equivalent of a late-night patty melt to us Texans. Traditionally, it’s made up of ground beef, onions and melted cheese, all served up inside of a hero roll. For New Yorkers, it’s the ideal comfort meal — perfect for soaking up all that late-night revelry, and best served at 4 a.m. from out of a bodega’s scratched up plexiglass window.

Yeefoon’s version, which he calls the Chop Cheez, boasts Beyond Meat (instead of ground beef) and Follow Your Heart provolone (instead of dairy-based cheese), but the rest of it is simply slightly elevated from the source material — or, put another way, it arrives with the exact spin one might expect from Shoals’ staff to put on it.

Even when things get back to normal, Yeefoon hopes this latest menu addition will remain a staple of Shoals’ offerings. Rather than harp too much on waiting for return to the days of yore, though, Yeefoon is far more focused on making things work for Shoals in the here and now — and being thankful for the neighborhood support that’s allowed him to keep striving for that.

“The vibe was good, the staff was good — and then the pandemic hit and all of that was smashed to nothing,” Yeefoon says. “Yet somehow, through the grace of the bar gods, all of the guests and regulars, they helped me reopen the door, redo a fantastic new menu and bring in so many fantastic new customers.”

In today’s day and age, perhaps more than ever, the ability to keep trying — and adapting — is all anyone can really ask for.

“If Shoals ever moves on, it would have to be on my terms,” he says. “If it goes down, it’s because I wasn’t supposed to do this in the first place. This my last shot. If it doesn’t work, then we’ll just move onto selling insurance.”

All photos by Jessi Pereira.