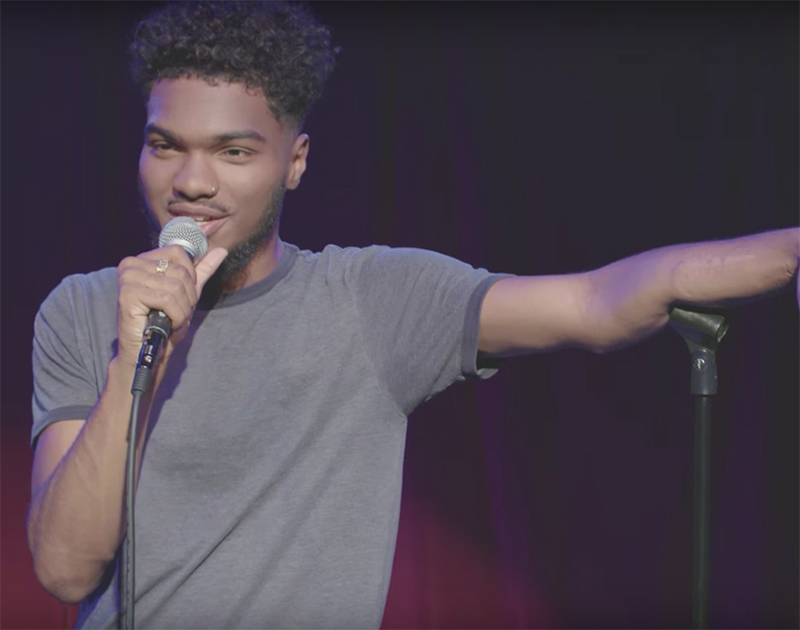 Internet trolling is probably a waste of time for most people.

But for Arlington-born Vine star Victor Pope Jr., the art of the trolling took him from the DMs of CNN correspondents to landing his own Super Deluxe YouTube show called “Pope Fiction.” And just three months into his run, his three videos have logged almost 2 million views.

Pope, formerly known in social media circles as Southside Vic, is a standup comedian turned viral video star thanks to his creative and well-timed short videos. The 23-year-old first captured our attention when he used the media hysteria surrounding the Ebola crisis to promote a fake mixtape.

But since going viral, Pope has expanded his platform and humor to discuss deeper issues like his struggles with mental illness and addiction. Some of these more serious topics are central themes of his new internet show.

“Pope Fiction” can be described as an outlet for Pope’s more mature jokes formatted for a post-Adult Swim audience.  In one video titled “Suicide Note,” Pope opens up about his struggles with bipolar disorder and suicidal thoughts during a stand up set, which he postures to the audience as being “just jokes” to downplay the harsh reality.

Although it takes a dark comedic turn, the video finishes out as sort of a mental health PSA with the message of being stronger than your bipolar episodes:

Pope’s other two “Pope Fiction” episodes also explore slightly darker themes wrapped in a pop culture subtext, from what really goes on during pizza tracker progress to secret handshakes. With episodes that are three minutes or longer, Pope is able to convey more complex situations than the Vine shorts that launched him into the spotlight while still maintaining the same wild sense of humor.

After the death of the Twitter-backed video sharing platform Vine this past January, Super Deluxe provided an outlet for more sophisticated content for Pope. Having bolstered the careers of jokesters like Tim & Eric and Joanne The Scammer, the Los Angeles-based company seems like the perfect home for Dallas’ favorite online troll.