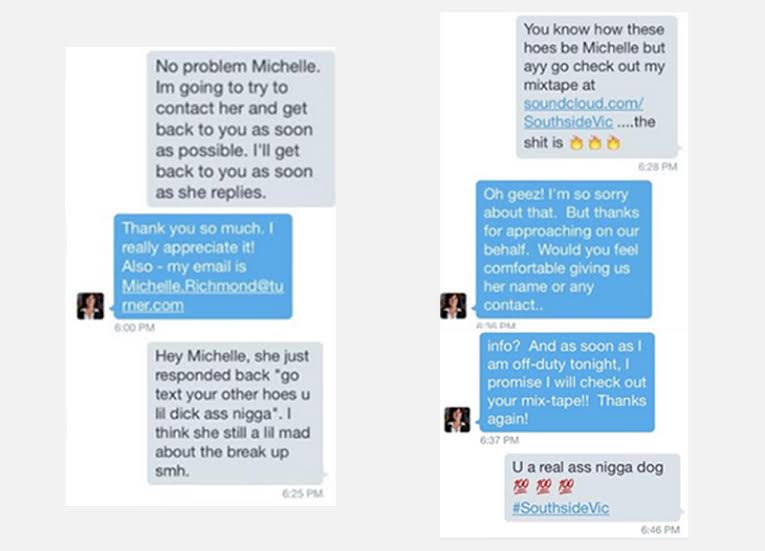 Way To Be The Trolliest Ebola Troll, Southside Vic.

How are things in the Twittersphere, bruh? Pretty good, we imagine. I mean, you stay quite active there!

It's no wonder, then, that you're so good at the art of expertly crafting tweets. More to the point: We think you're one hell of a troll.

We mean that honestly. By no means would we think of trying to out-troll a troll as skilled as you. And we want to give you some props.

While everybody else was busy contributing to the mass Ebola madness by tweeting jokes, re-tweeting overblown news reports and other baseless Ebola-centric conjecture, you were busy sticking it to the man — and, specifically, to the members of the media most responsible for contributing to all the needless hysteria.

Smartly, you aimed low at first, with a simple re-tweet of local NBC newsman Scott Gordon, who had just tweeted out the Dallas Ebola patient's name. We're not sure if your joking response that the patient in question was the relative of your ex-girlfriend was some sort of commentary regarding your disagreement with the media saying “fuck it” to that whole doctor-patient confidentiality thing, but we'd like to think that's exactly what it was. We're right there with you: What good comes from giving the panicked masses a human target to take out their fear-based aggression upon?

Even better, though, you inadvertently landed an even bigger target — a CNN producer who disregarded the fact that your profile says you're a comedian and chose to buy your story hook, line and sinker.

Except you didn't even stop there! You then strung her along with a story of your breakup. How you explained getting cursed out by your ex had us ROTFL, man. Then more LOLs followed: You threw in one last puncher by baiting this supposedly serious journalist into possibly agreeing to check out your fake mixtape.

Still, the absolute kicker of all this isn't the fact that you were able to get a producer from CNN to send you her phone number, but that you blasted that info online so that your fellow legion of trolls could hinder the cable news network's Ebola agenda.

And for that, sir, you have our utmost respect.

Keep it 100,
Cory Graves and the rest of the Central Track staff. 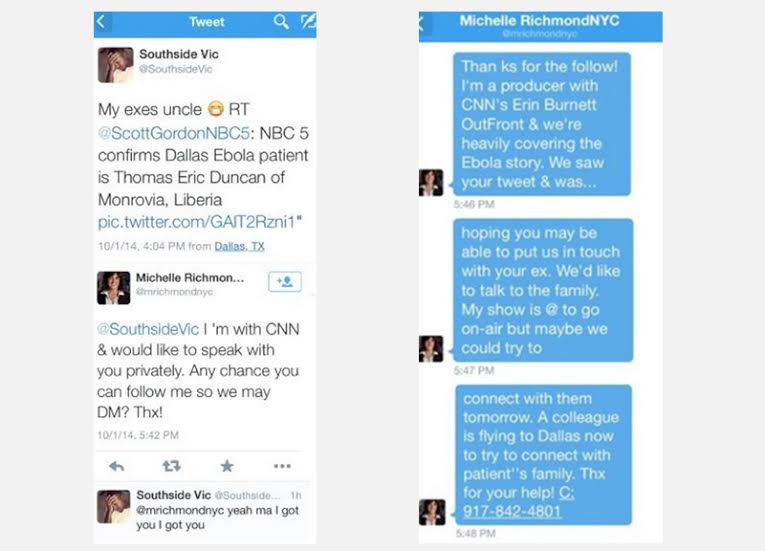