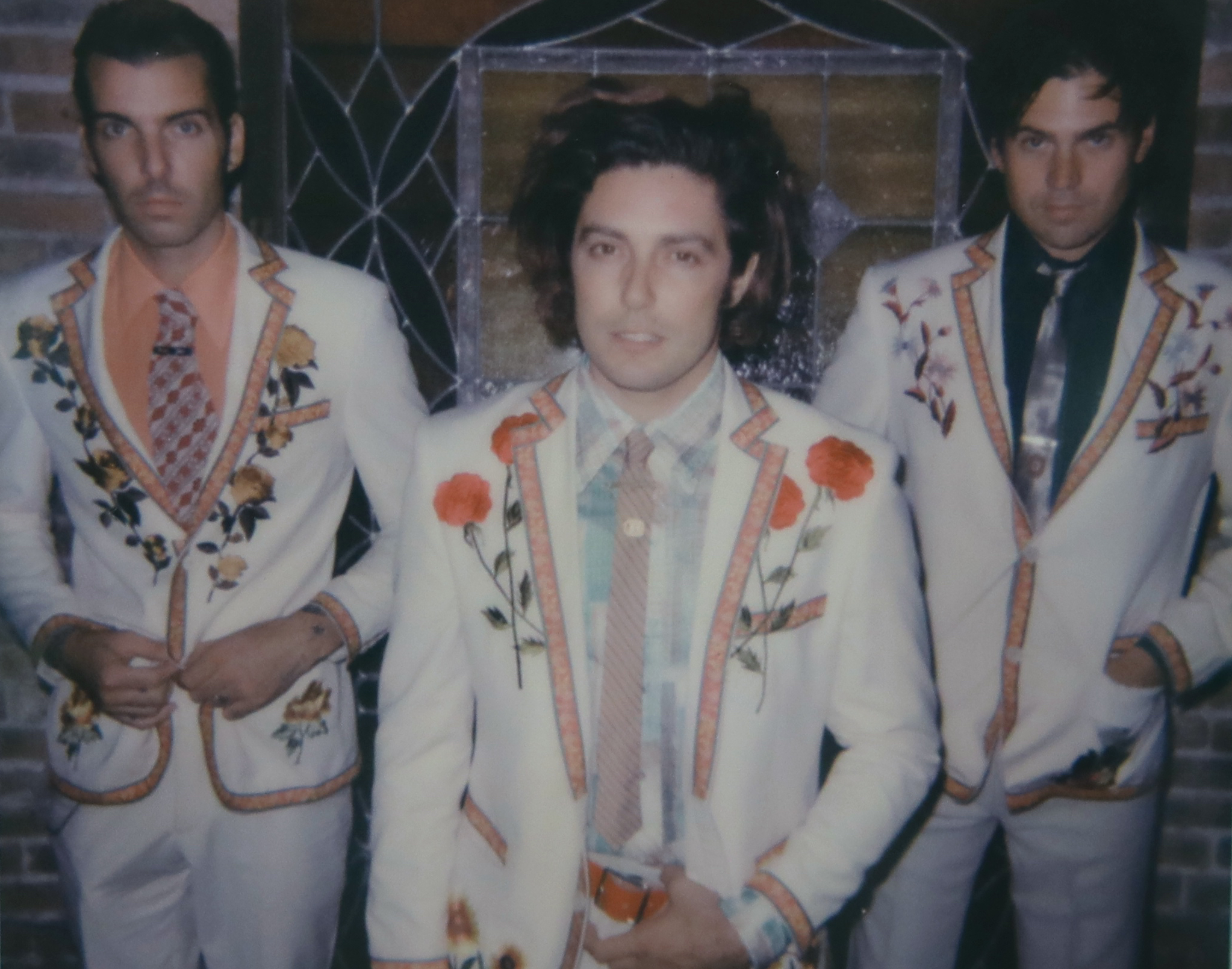 Take A Night Ride With The Growlers, Catch A Golden Snitch At LeakyCon And Pretend You’re Somewhere On A Beach With Dierks Bentley. Plus More!

Despite living in this age of inescapable remakes and sequels, news of our most cherished classics from childhood being reimagined always leads to our ire. This week was no exception.

Disney announced that as part of its acquisition of 21st Century Fox, it would be remaking many movies for its streaming service, Disney+. Headlining the list of movies aimed for an update is the classic Christmas movie Home Alone.

Didn’t they already try this with Home Alone 3? That went well.

Upon hearing the news, Macaulay Culkin took to twitter to give us his take on what a current Home Alone would actually consist of.

This is what an updated Home Alone would actually look like. pic.twitter.com/sGj86933LA

Chances are, Culkin’s version is actually a lot better than whatever Disney drops.

Don’t get too down, though. We here at Central Track are giving you a list of places to create some of your own cherished memories this weekend.

Pedro the Lion + mewithoutYou at Canton Hall
Two emo bands that don’t want to be called “Christian bands” are co-headlining a stacked summer run that makes its way through Canton Hall on August 9. This will be Pedro the Lion’s second Dallas show in well over a decade, while mewithoutYou seems to have an unofficial residency in this fair city, given how often they come through. — Garrett Gravley

Air Review Album Release Party at Club Dada
The members of Air Review have recently been through some of the most difficult times in their lives, but instead of being defeated by their hardships, they channelled their pain into their most deeply personal album yet, called How We Got By.  — Travis McMillan

The Summer Slaughter Tour at Gas Monkey Live!
This lineup includes Cattle Decapitation, Bad Omens, Brand of Sacrifice and a Kingdom of Giants. Don’t let the names deter you, we don’t think the band names are taken literally. — TM

Los Texmaniacs at The Kessler Theater
The Los Texmaniacs are Grammy award winners and have recently released music that focuses on the beauty of Texas-Mexico border life, giving light to the oft-talked about subject. Flaco Jimenez with special guest Nick Gaitan open. — TM

Heartbyrne at Granada Theater
If you have heartburn, you take some Tums or Rolaids. If you have Heartbyrne, you have a good time and jam out. — TM

Tributes to Guns and Roses, Aerosmith at Lava Cantina (The Colony)
As if you couldn’t already guess, Guns 4 Roses and Walk This Way will be playing all the hits of classic Guns and Roses and Aerosmith. Your dad will be excited. — TM

Greyhounds at Dan’s Silverleaf (Denton)
Remember Taylor Hicks? The guy with the grey hair who won American Idol? Fittingly enough, the Greyhounds have opened for him on tour. — TM

Dombresky at The Lizard Lounge
Dombresky is a JD from Montpellier, France but now resides in Los Angeles and claims his mission with music is to unite all of his fans on the dance floor. Should they be bilingual? — TM

Summer Throwback Bash at House of Blues
The Graceland Ninjaz calls itself the “Kings of the Party bands” and are led by an Elvis impersonator. The band also perform a mixture of original songs and covers of hit bands like Queen, Beastie Boys, Prince and Flo Rida to name a few. — TM

Leaky Con at Kay Bailey Hutchinson Convention Center
One of the world’s largest Harry Potter conventions comes to Dallas this weekend. Headling the convention is Draco Malfoy himself, aka Tom Felton. — TM

Matt Johnson and Reality Bites at Harvest House (Denton)
British rocker Matt Johnson has been member of the confusingly-named band The The, but is now on a self-proclaimed solo comeback tour that began in 2018. — TM

Elm Street Tease at Three Links
Any burlesque lovers? Dallas has a new burlesque and variety show in Deep Ellum that features everything you would experience at a New York burlesque show. — SSV

Roger Creager at Billy Bob’s
Texas country legend Roger Creager is probably in more songs as a name drop than he has written songs himself — that is how revered he is in Texas country. — TM

For Locals Only at Belmont Hotel
As the name suggests, this lineup features local musicians including Bryce Bangs, Leighton Fields, Jonathan Tyler and more. — SSV

Moe and Blues Traveler at The Pavilion at Toyota Music Factory
If Grateful Dead formed in the ‘90s and never dropped acid, they would probably be compatible with this lineup. — GG

The Growlers at Granada Theater
You know how we’ve implied that surf rock/pop is no longer trendy before? Well, this band is the exception to that rule. — GG

Vanic at Stereo Live Dallas
Vanic, real name Jesse Hughes, is a Canadian DJ and producer who gained massive attention in 2012 for his remix of Taylor Swift’s “I Knew You Were Trouble.” Don’t worry, his remix choices have only gotten better. — SSV

Road to Imagine with Matoma at Lizard Lounge
Matoma is a Norwegian DJ and producer who recently had a spotify hit called “All Night” with British boy band The Vamps. — TM

Flowmoon with Bass Physics and Artifakts at Deep Ellum Art Co.
Come celebrate the moon and it’s sweet, sweet flow with Bass Physics, a Denver-based DJ who believes in spreading positive energy. Can he make a campaign song for Marianne Williamson? Asking for a friend. —TM

Randy McGill at The Common Table
Randy McGill is best known as Ginuwine’s keyboardist, but Dallas is about to get to know the real him. McGill relocated to the Dallas area from Florida and started a jazz-fused band. If they cover “Pony,” it’s over for us. — SSV

The Red Couch Podcast Live at Sons of Hermann Hall
Rapper and activist Propanganda and his wife, professor Dr. Alma Zaragoza-Petty, take to their red couch for a podcast about literally everything from pop culture to social issues. This episode of the live podcast will also feature performances by Propaganda and Wordsplay. — SSV

Acid Carousel at The Foundry
This Denton psych-rock band is one of a kind. It’s predicted that The Foundry can expect lots of long-haired head banging, naturally. — SSV

Nervous Curtains album release at Three Links
This Dallas post-punk trio is celebrating the release of its fourth album, I Tried To Fight It But I Was Inside It. Kyoto-Lofi and Prof.Fuzz 63 open. — SSV

3Teeth at Gas Monkey Bar N’ Grill
Three teeth is better than two teeth, and three times as good as one tooth, but I think we can all agree we want 32 teeth. — TM

Dierks Bentley at Dos Equis Pavilion
This popular, generic country musician has built his career on songs about drinking and girls. But let’s be real, if you know his name you already have tickets. — TM

Kirk Holloway at Twilite Lounge
Kirk Holloway is a Dallas native and Texas country musician who wants to “make country music honest again.” We’re not sure what that means, when let us know after you see his set. — TM

Granger Smith at Billy Bob’s
This Dallas-born country singer is the mastermind behind the Earl Dibbles Jr. character your sheltered cousin constantly retweets. Joking aside, Granger Smith announced earlier this year that his youngest son passed away following a drowning accident. Our condolences to his family. — GG

Food 4 Thot at Canton Hall
Food 4 Thot is a “roundtable discussion podcast wherein a multiracial mix of queer writers talk sex, relationships, race, identity, what we like to read, and who we like to read.” Their discussions range from the highest to the lowest of brows. It’s what The View should aspire to be. — GG

Locked and Loaded at Armory D.E.
Pinkish Black, Mother Tongues and Body Mechanics fill a lineup that could easily be misread as the kind of report you don’t want from your doctor after a check-up. — TM

Dude Perfect at Allen Event Center
These are five dudes from Frisco who achieved viral status by doing notoriously elaborate trick shots. They have 49 million subscribers and 7.6 billion views on YouTube, and they were on Good Morning America. They also have their own show on Nickelodeon. The list just goes on, man. — GG

Homeshake at Granada theater
Montreal indie-pop artist Peter Sagar is a former member of Mac DeMarco’s live band and the sister act,  Walter TV. Ever since starting his solo project Homeshake in 2012, Sagar has played sold out shows at Dada and Trees respectively, so there’s a good chance that this show will continue that trend. — GG

Gov’t Mule at The Bomb Factory
Gov’t Mule has been in existence for over 20 years now, spreading its brand of rock mixed with funk and blues all over the world. You could say it governs internationally. —TM

Bobaflex Coast to Coast ’19 at Trees
This dedicated rock band is back to its touring ways, claiming to be “one of the tightest and realest live Rock ‘n’ Roll bands in the country.” Go be the judge of that. — TM

Drunk Mums at Club Dada
This is either your worst adolescent nightmare or a punk rock band from Melbourne. — TM

Saints and Sinners at Three Links
Bring your holy water and divination stick to separate the saints from sinners, or just chill and listen to this cool band from Prague. — TM