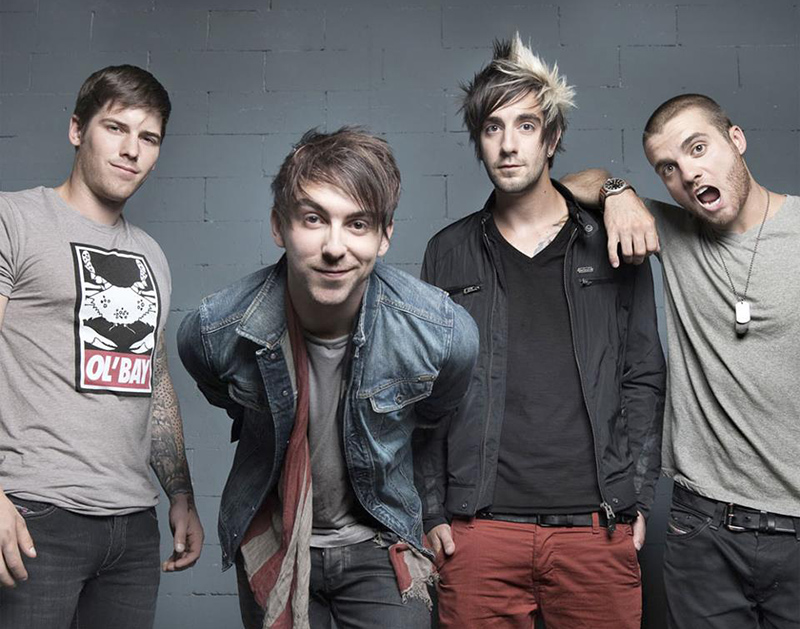 Relive High School With All Time Low, Peek Into Your Future At A Psychic Fair And 30 Other Things To Do In And Around Dallas This Weekend.

Those of you who are about to have a four-day weekend? We salute you. As for the rest of you? Well, uh, we’re not really sure what to tell you.

Forbes brought up the idea of a midweek Fourth of July hurting business back in 2012 when our country’s birthday fell on a Wednesday and it found that consumers may be less likely to spend on party supplies since they can’t party that hard if they have to be at work the next day.

While there may be some truth to that, we’re not going to underestimate Dallas’ ability to party over these next few days. So, even if you have work Monday, we say it’s time to hang loose. To that end, as we always do, we’ve compiled a list of ongoings to get you through the weekend.

Just remember: Stay safe and smart out there. — Obed Manuel

Boston, Joan Jett & the Blackhearts at Starplex Pavilion
The classic rockers bring the ’70s and ’80s with them as they continue on their Hyper Space tour. — Pauline Esguerra

EvaRLand 2017 in Tanglewood Forest
A three-day weekend getaway featuring bands, artists and performers from all over the world. There will be camping, hiking and food trucks. Think of this as the huge slumber party your parents never let you go to. — PE

Shane Smith & the Saints at Gas Monkey Bar N’ Grill
Folk, rock and country all comes together with this five-piece band based out Kaufman, Texas. — PE

Saigon Kick at Trees
The ’90s metal quartet aims to reclaim the “most underrated band on the planet” it once bestowed upon itself. —  PE

Tiësto at Stereo Live
The 48-year old, Netherlands-based, so-called “Godfather of EDM” has nothing stopping him now. —  PE

Ladies Night at Titan Comics
Ladies night tackles the theme of women-centric comic books and movies. This, ladies, is a safe space to voice your critique of Wonder Woman. —  PE

The Bomb Factory Fight Club
Get ready to rumble. —  PE

Blackfoot Gypsies at Lee Harvey’s
A Tennessee rock band known for its DIY aesthetic. Expect things to get rowdy. — PE

Dallas Brew Bus Tour at Community Brewing Company
Showing you the best brew Texas has to offer, one tap at a time. — PE

Sam Riggs at Granada Theater
Music that gets you in those 2 a.m. feels. — PE

All Time Low at House of Blues
Reminiscence the memorable parts of the scene phase you went through in high school. — PE

No Goal By Ricardo Oviedo at Neighborhood
A member of Dallas’ legendary graffiti-born and now-art-world-accepted Sour Grapes crew, Oviedo’s work is as cheeky and cute as it is edgy. This show will also feature a live music set from Bummer Vacation, the shoegaze band that broke up a few months ago,but, hey, maybe now it turns out they didn’t? — PF

Vandoliers at Sundown at Granada
After touring all around these United States and earning all sorts of acclaim for their new The Native LP along the way, the cow-punkin Vandos are back in town, ready to share road tales with their hometown fans. — OM

Duke Dumont at Lizard Lounge
This English deep house DJ is striking out across the pond on his current tour with his chart-topping tracks. — Alex Copeland

Second Annual ‘Merica the Beer-tiful Party at Texas Ale Project
Sometimes the most American thing you can do is crack open a cold one and jam barbecue into your face hole. — AC

Locked & Loaded: Hypoluxo, sub-Sahara, Dead Sullivan, Us Presidents at Armoury D.E.
The Armoury and King Camel continue their weekly session that aims to introduce you to new killer artists and bands. — AC

3rd Annual Red, White and Brew at Noble Rey Brewing
Do you want to go to a neighborhood barbecue with a questionable chef and some rando’s party playlist blaring? Or would you rather go to an event with live music, hot dog eating contest and plenty of beer? — AC

Jedofest: A Benefit for Michael Moreno at Club Dada
Help raise money for Michael Moreno, one of Deep Ellum’s favorite faces, as he recovers after being attacked earlier this month. $10 at the door gets you in to live music and raffle giveaways. Lord Byron and other local acts perform.  — OM

Skinny Cooks at Sundown at Granada
Y’know, people say there’s not really a Dallas sound, but those people are probably just not that familiar with the jazzy, R&B sound that so many acts like this one revel in. Get learnt. — PF

Dallas Psychic Fair
Come get 75 vastly different visions of your future from the 75 professional psychics on hand. — BL

Wayne Hancock at Trees
The Train rolls into Trees with Sam Anderson, Luke McGlathery and From Parts Unknown in tow. — PF

Prince Royce at Music Hall at Fair Park
Constantly on top of the Billboard Tropical Songs Chart, this Latin music superstar is bringing his urban bachata sounds back to Dallas. — BL

All Beyonce Everything at RBC
Who runs Sunday nights? — PF

Chris Janson at Billy Bob’s Texas
Fresh off the success of his platinum single “Buy Me a Boat,” this country superstar is making his way to the world’s largest honky-tonk. — BL

Outlaw Music Festival at Starplex Pavilion
Featuring Willie Nelson, Sheryl Crow, The Avett Brothers and countless others, this killer lineup of country superstars is sure to make for an unforgettable experience. — BL