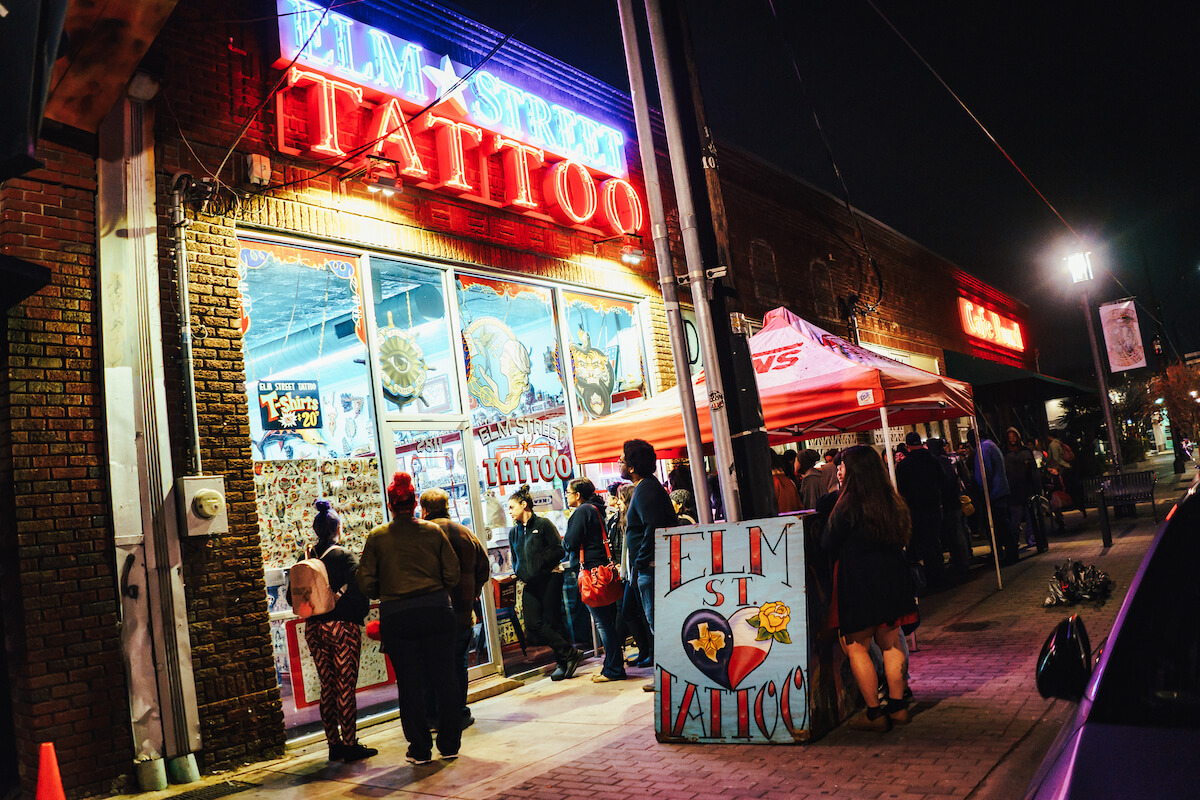 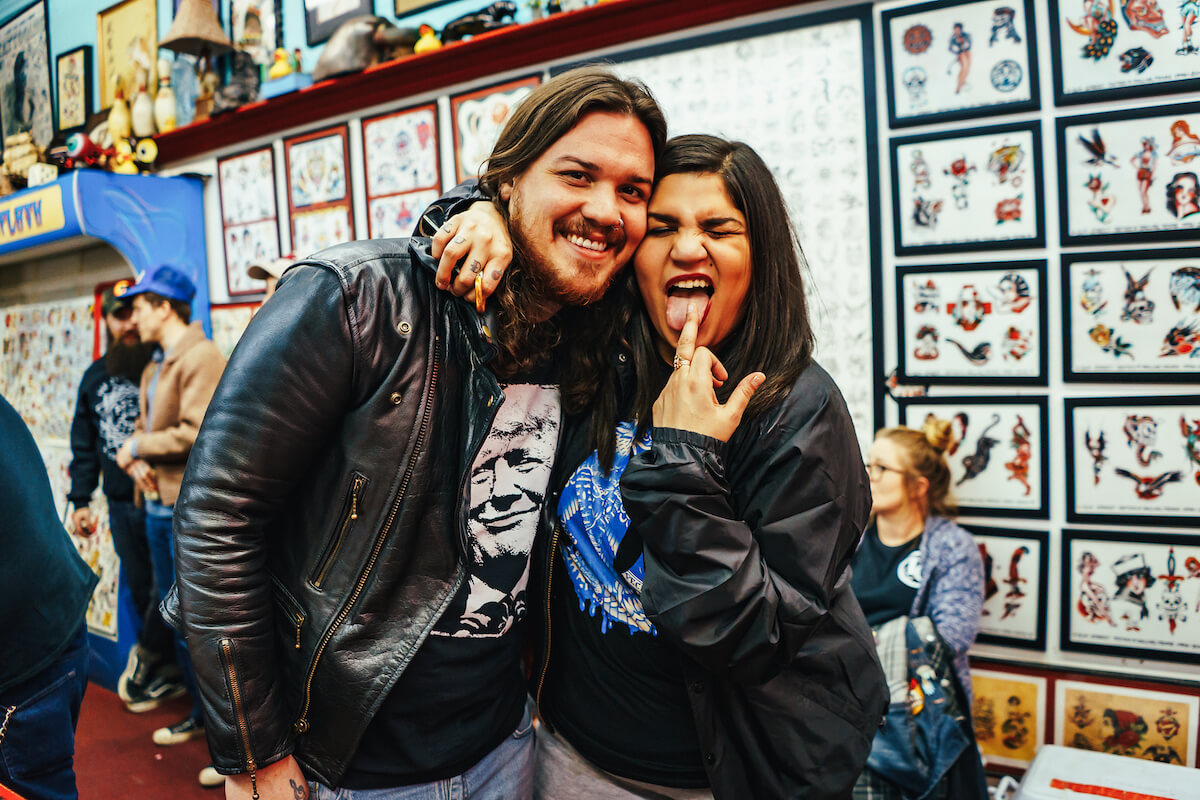 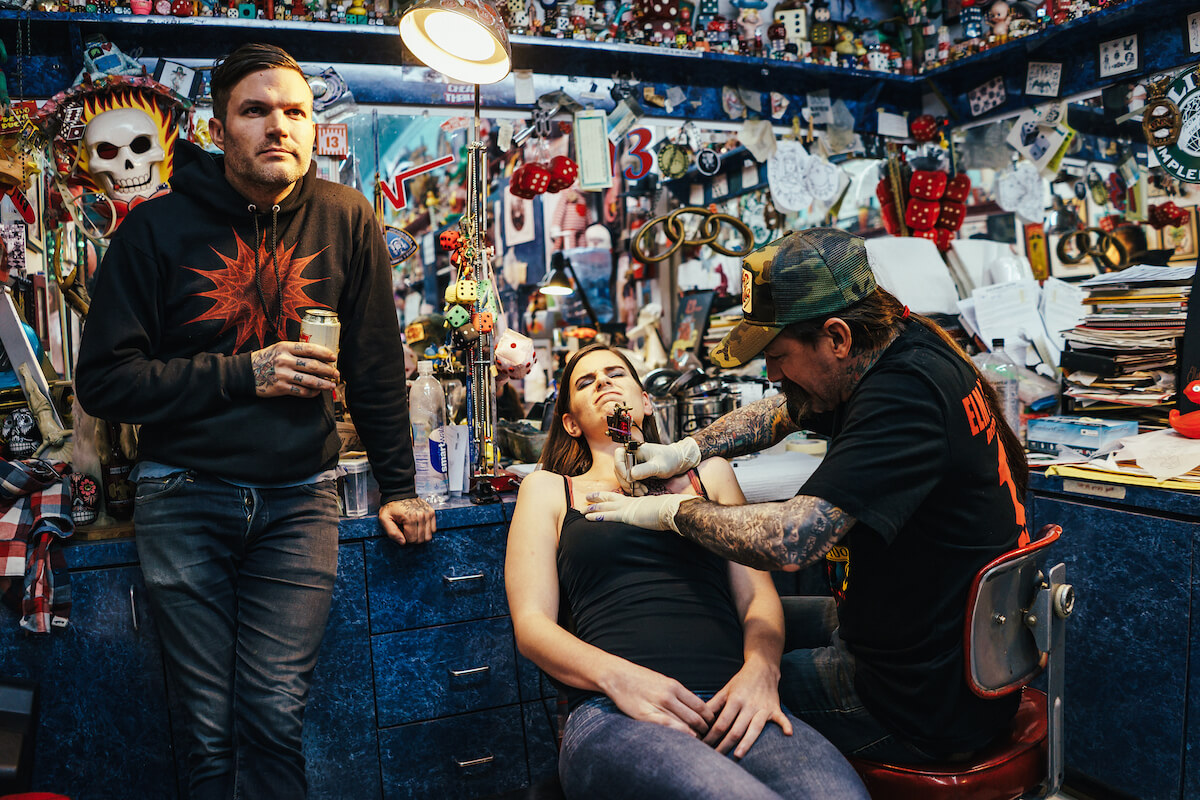 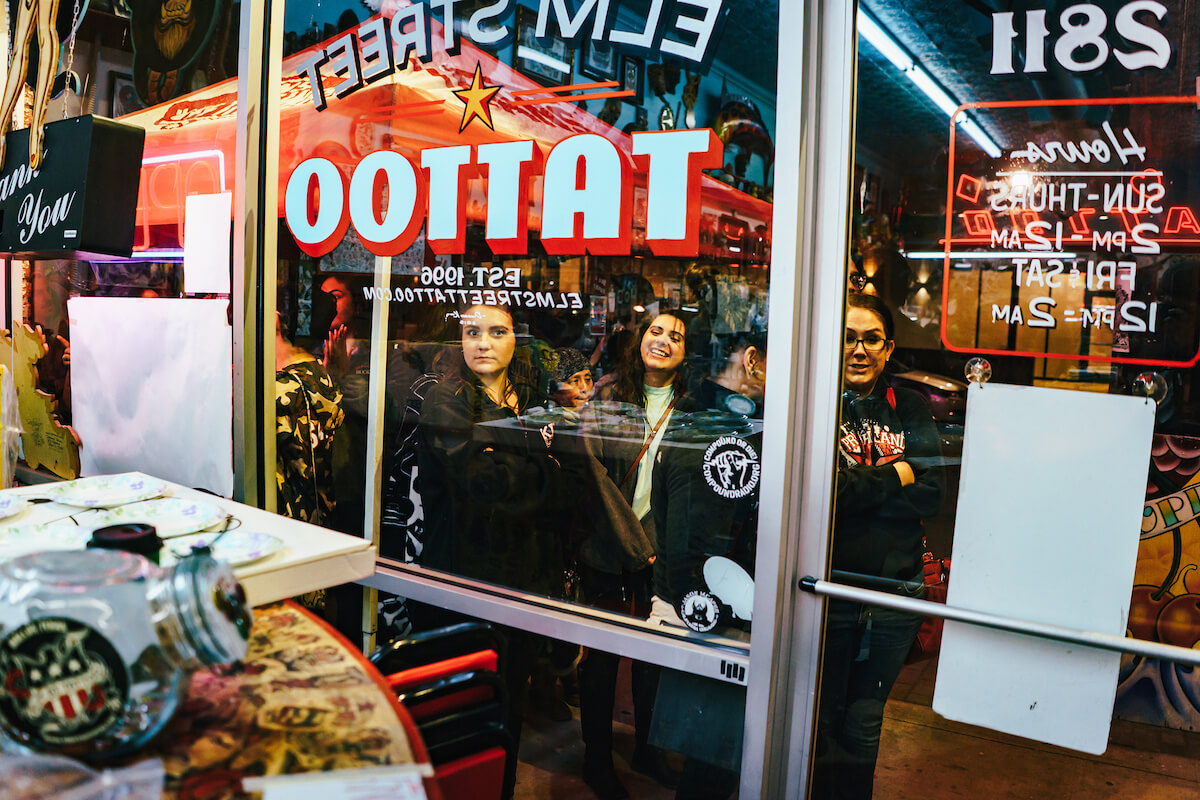 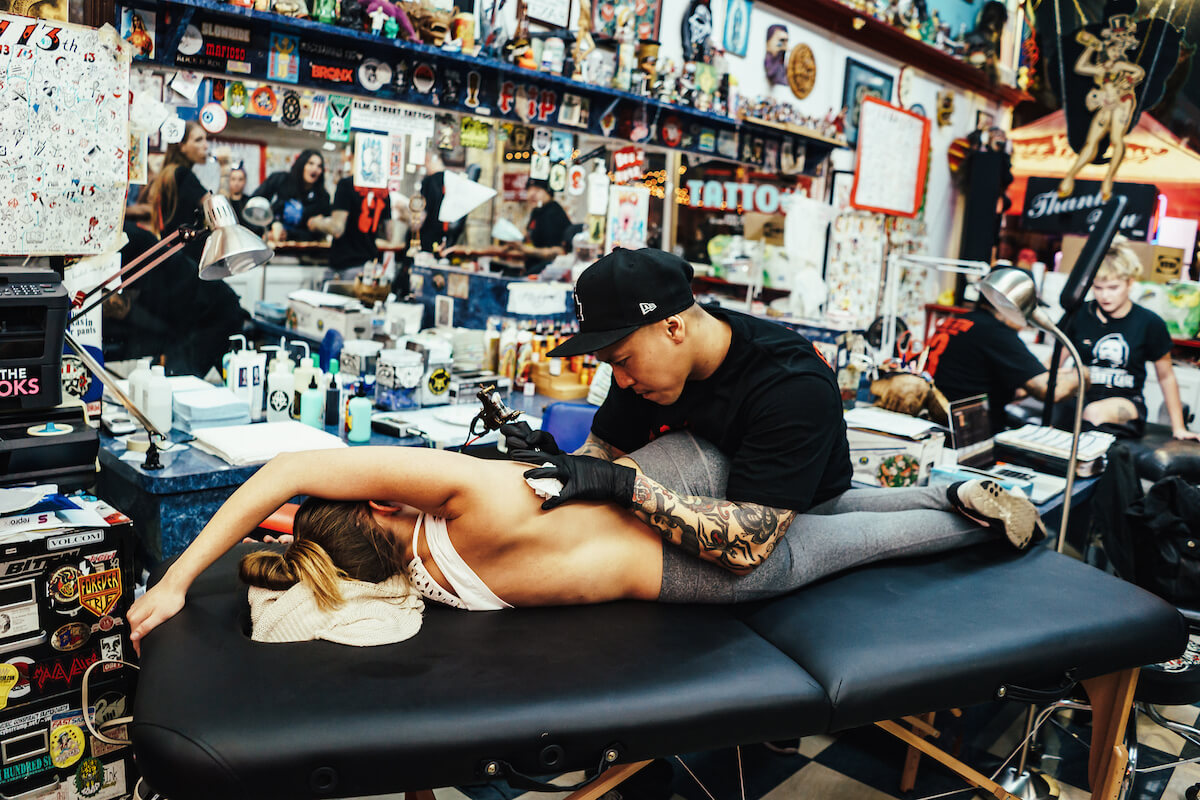 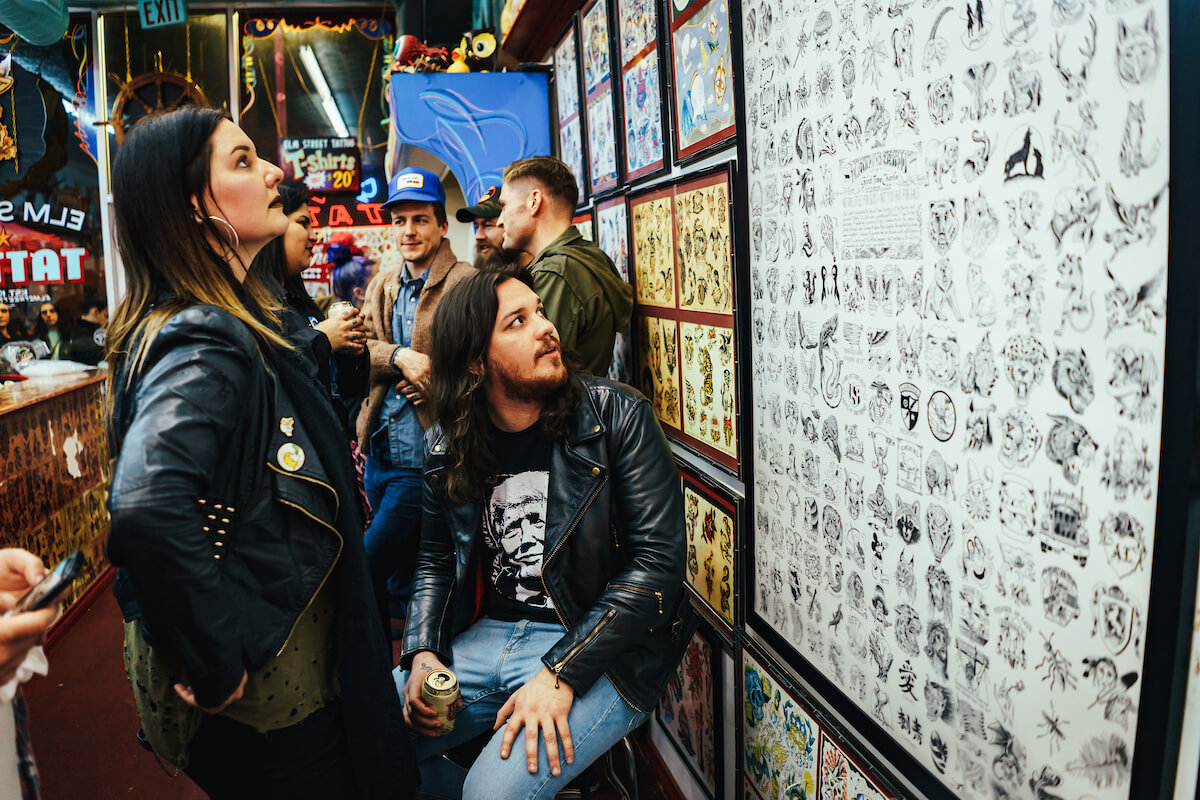 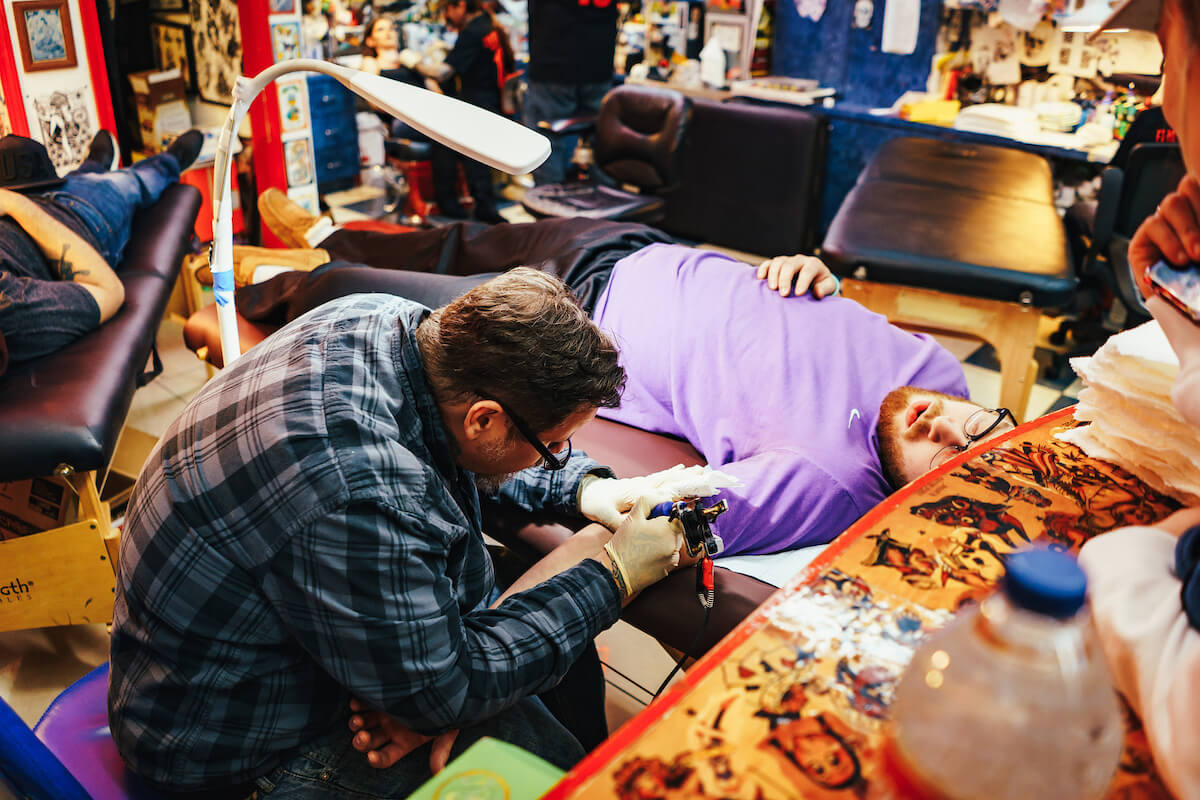 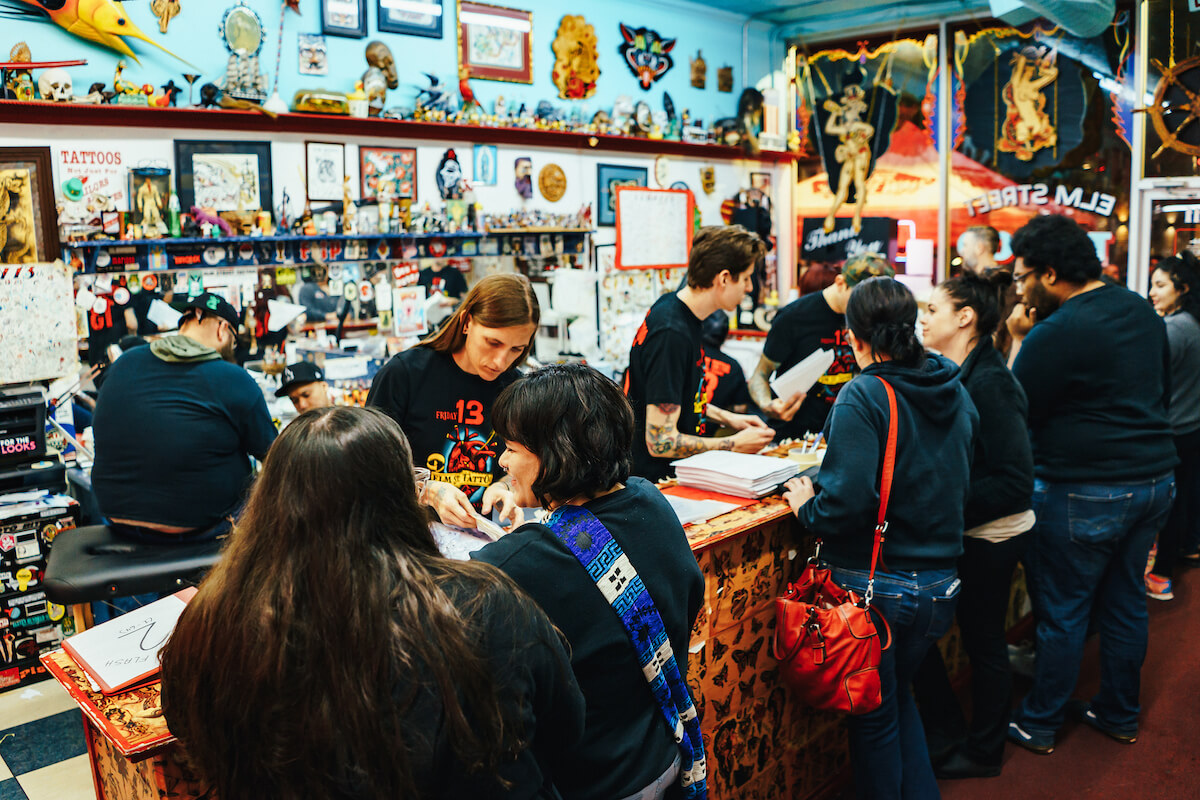 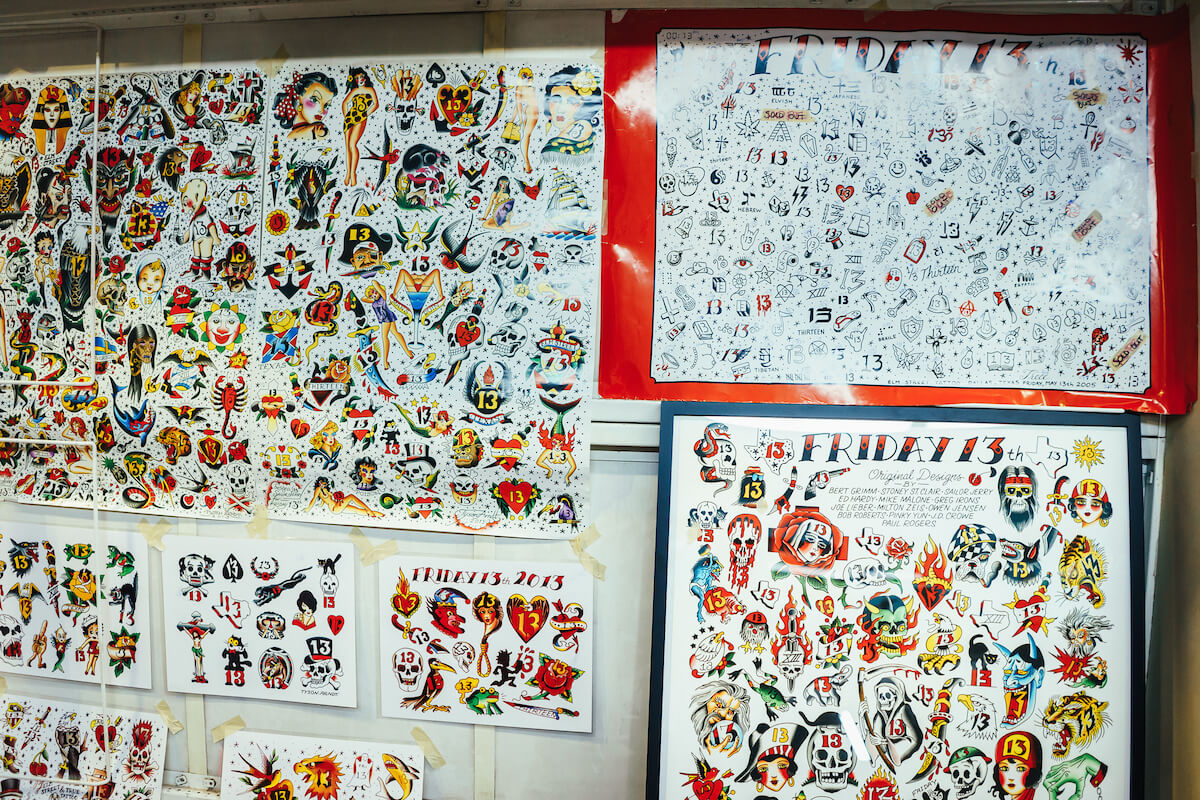 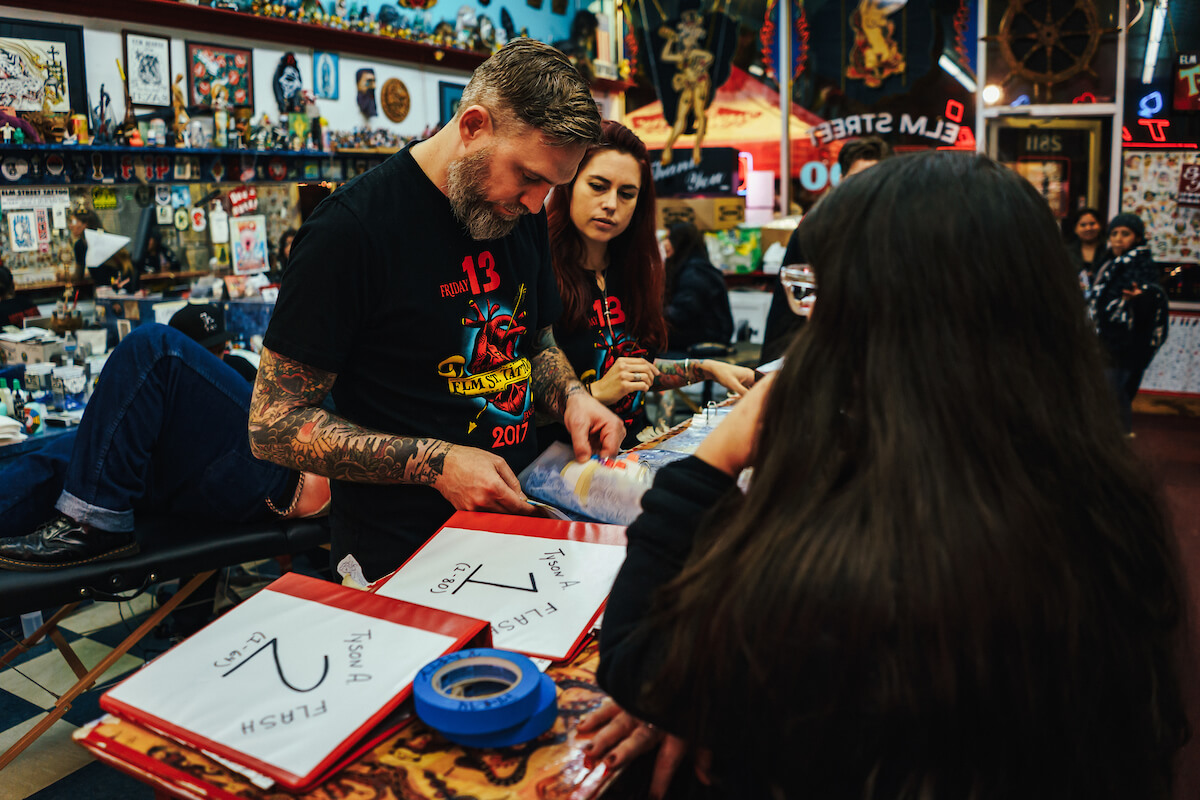 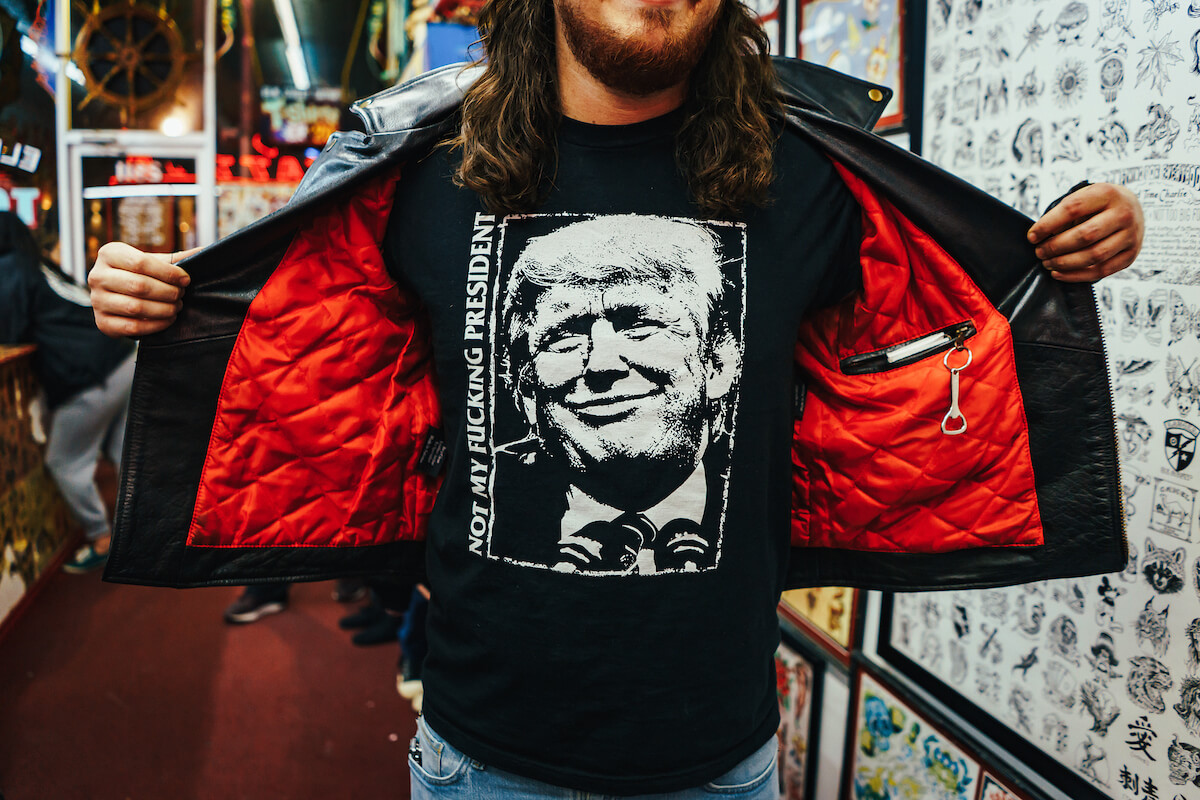 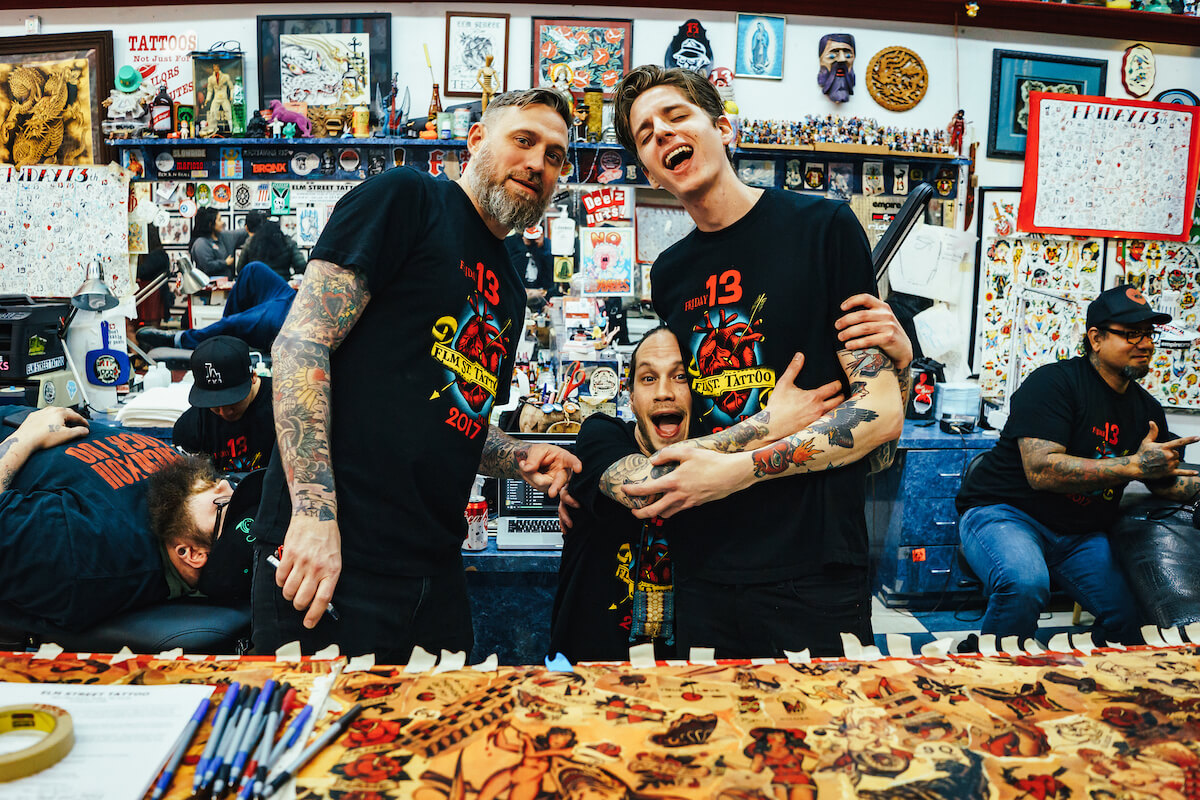 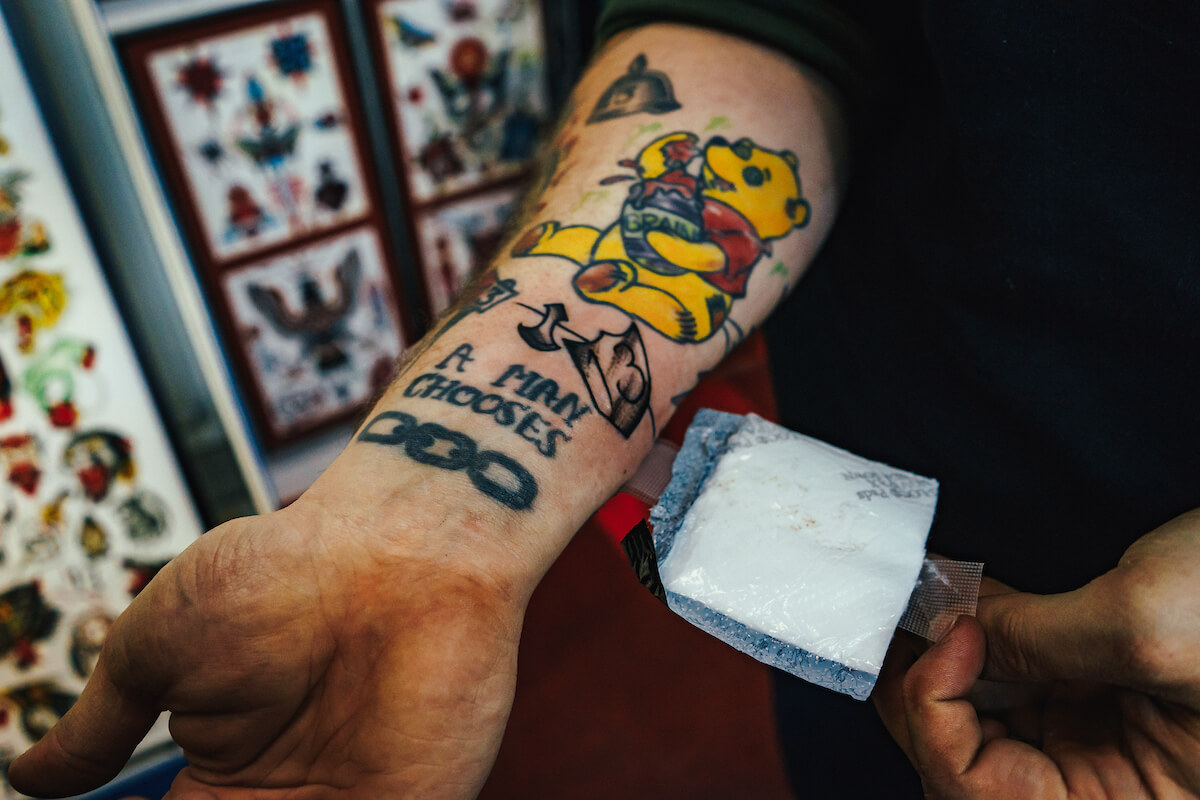 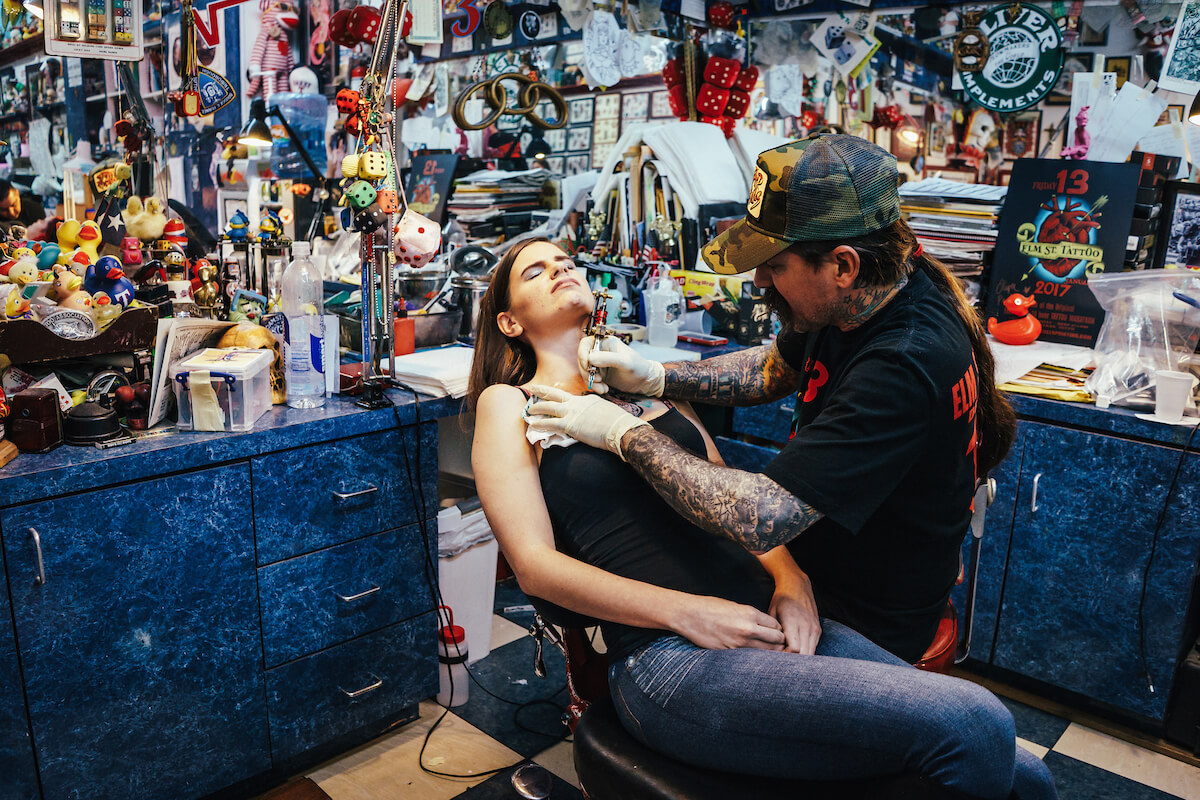 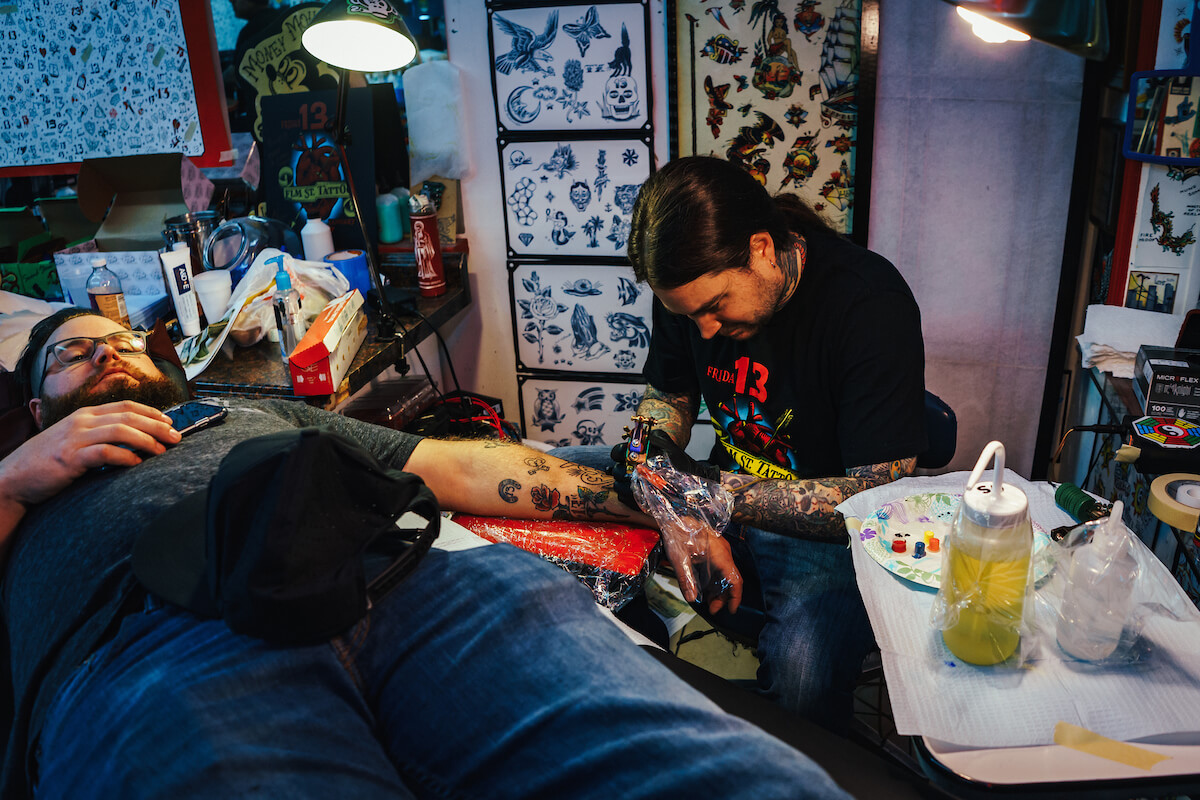 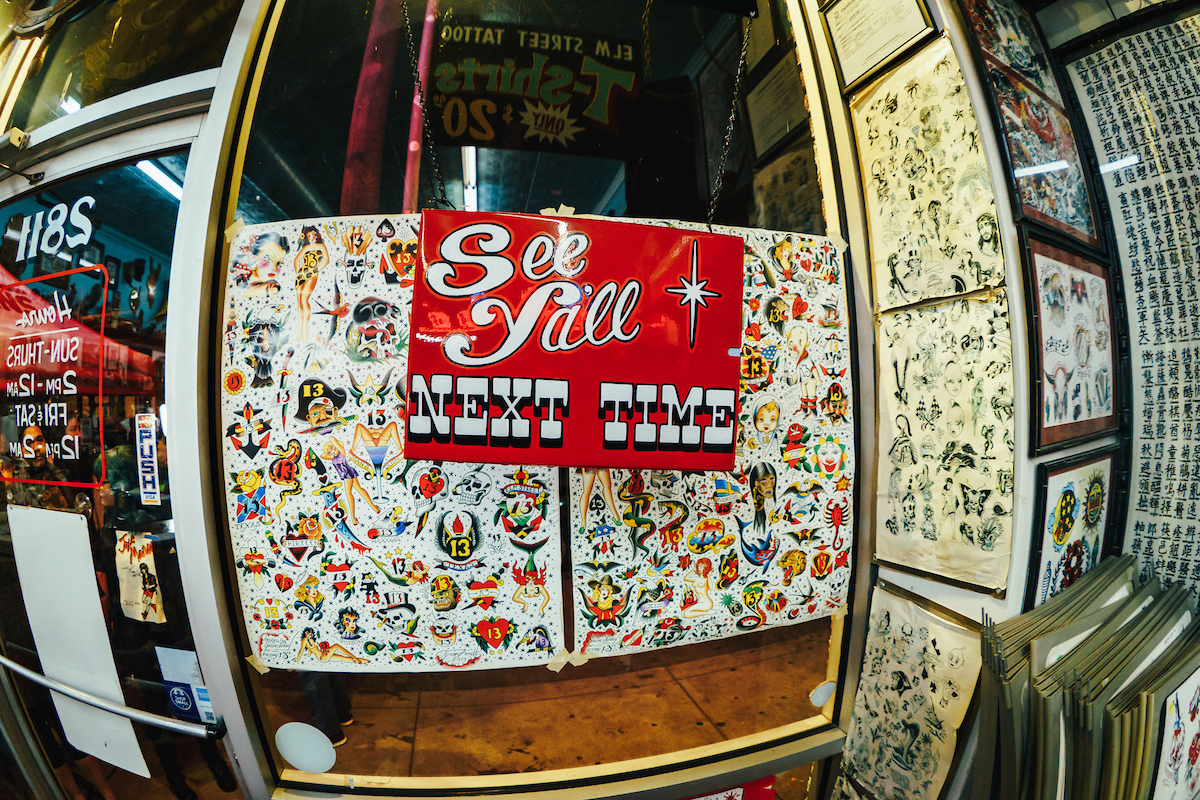 No Records Are Likely Getting Broken At Elm Street Tattoo’s 24-Hour Friday The 13th Tattooing Marathon. But, More Important, Neither Are Any Traditions.

Last night, long before the clock even struck midnight, every appointment slot for Elm Street Tattoo’s 24-hour marathon tattoo sessions that go down each Friday the 13th had been booked. Of course, that’s not to say that every single session was predetermined — not in the slightest.

Although the Elm Street tattoo crew indeed schedules some appointments across its run, most of the artwork that gets tattooed over the course of these record-setting affairs are of the “13”-themed flash variety — pieces that folks stand in line, sometimes for hours on end, to receive.

And, a couple hours into the current marathon, this year’s line was strong as ever: By the time the bars in Deep Ellum had called last call, a line of more than 100 stretched out of Elm Street Tattoo’s doors.

It’s a scene shop owner Oliver Peck is well familiar with and not intimidated by in the slightest. Rather, he appeared eager and energetic as ever, even as the 3 o’clock hour began to ring out in his parlor. Still, he conceded that this year’s run, despite the impressive as ever turnout, might not find his shop getting into any Guinness books and topping its own high-marks for tats finished in a single day.

“Nah, we’re not gonna break any records this year,” Peck admitted as he prepared to tattoo another patiently awaiting client.

No matter: He was still having fun, and this event — one of Dallas’ cooler and quirkier recurring deals — isn’t necessarily about breaking records year in and year out. Far more important, really, is not breaking from tradition. And, last night at least, there was no indication of that even being a remote possibility, with the scene looking vibrant as ever.