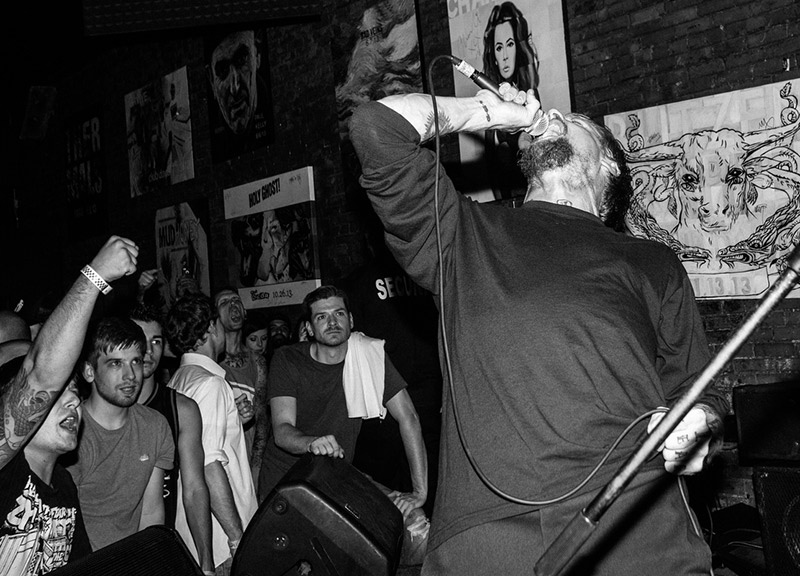 As a music critic — or something vaguely resembling thereof, anyway — you’re not necessarily supposed to go into a show with any preconceptions or bias.

Hard as I tried to be open-minded, though, there was a part of me that fully expected to be let down by Black Flag’s set at Dada last night.

In my defense, there were a lot of signs pointing to disappointment. Since original Black Flag guitarist Greg Ginn reformed the band in January of last year with the band’s second vocalist, Ron Reyes, Screeching Weasel’s Dave Klein on bass and Gregory Moore on drums, the new Black Flag has racked up mostly negative press. Ginn’s ex-bandmates — who have started touring the band’s same material under the name Flag — and fans of the band alike have called the current incarnation of Black Flag both a cash grab for Ginn and a detriment to the hardcore pioneers’ hard-earned legacy.

Then there’s the fact that Ginn brought his version of the band to Trees last year. Here’s what we said of that performance: “So there were questions aplenty heading into Friday’s sold-out Black Flag show at Trees. Would these guys be able to pull off the kind of performances that we know [Flag frontman Keith] Morris can still squeeze out? How has age treated Reyes and Ginn? How would the new members hold up? In short, those answers: Not really, fine and decently enough.”

Of course, in the time since that show, Ginn’s retooled his entire band. Earlier this year, professional skateboarder Mike Vallely took over for Reyes on vocals, and a couple of relative unknowns — Dallas’ own Tyler Smith and Grapevine’s Brandon Pertzborn — took over bass and drum duties.

So, no, with all of one original member, this wasn’t the Black Flag of old. From the looks of it Smith and Pertzborn likely weren’t even born when Ginn and Co. were putting out seminal punk albums like Damaged in the early ’80s.

But that’s kind of the whole point. Unlike the somewhat lackluster showing of a band trying to recapture fleeting fragments of past glory that went down at Trees last year, Ginn’s re-tooled incarnation of Black Flag totally kicks ass.

As far as hardcore bands go, Black Flag was as loud and aggressive as it needed to be, even as the in-unison shouting on the choruses of classic tunes like “Rise Above” and “Six Pack” could be heard over the band’s cacophony. And, as much as we first sniggered at the idea of hiring a professional skateboarder as the band’s lead singer, Vallely was impressively on-point, his vocals loud and clear throughout the night. His lyrics were more intelligible than ever — well, the important ones, anyway — and his choruses absolutely massive.

As much shit as Ginn’s taken over the past year, perhaps the most punk rock thing he could have done was to hire some young blood to reinvigorate his long-tenured band despite the flack he very much knew would be coming his way. Whatever Ginn’s motivations, it appears to be working. Last night’s set was sonically interesting, well-mixed, rhythmically spot-on and shockingly tasteful. And Ginn, who is now more the heart of the band than ever, is still a deceptively amazing guitarist.

That hasn’t stopped him, however, from inexplicably incorporating a Theremin at various points throughout the band’s set these days. It’s just another way that Ginn, who is kind of at a point in his career where he can do whatever he wants, has moved the band’s set forward without worrying what purists/fans from “back in the day” would think.

For its part, the crowd at Dada last night was anything but stodgy nostalgics watching disapprovingly with arms crossed from the back of the room. Pretty much from note one, the packed house was a swirl of moshing and crowd-surfing — and loving every minute of it.

The new Black Flag seemed to almost feed off the energy, too, smiling and having fun throughout the set. Yes, even the normally pretty stoic Ginn. Again, maybe smiling isn’t the most “hardcore” thing one can do — and probably not something audiences might have found the ’80s version of the band doing — but this is not that band. At all. And, really, when the product on the stage is this good, who the hell cares that the guys currently performing Black Flag’s material aren’t the same ones that wrote it?

Following a rendition of “Louie Louie” that was filled with mid-song instrument switching and more tongue-in-cheek playfulness than ever, the night’s Elm Street Music and Tattoo Festival pre-party rolled on down the street at Three Links where San Antonio’s Pinata Protest was doing a good bit of impressing of its own. The Tejano/thrash-punk hybrid was as encapsulating aurally as it was visually. Ever seen a crowd slam dance in front of a guy playing the accordion? You could’ve at this offering, which was followed by a Teenage Bottlerocket set that did its part in keeping the group of wig-wearing tattooists awake deep into the night with slick, amped-up pop punk of its own.

At its core, that’s what these pre-Friday the 13th, Wednesday night offerings are supposed to achieve: Many of the tattoo artists participating in tomorrow night’s tattoo marathon stayed up until the wee hours of the morning in order to adjust their body clocks to the rigors of 24 straight hours of tattooing. And, needless to say, nobody was thinking about their pillows after last night’s rambunctious outings. 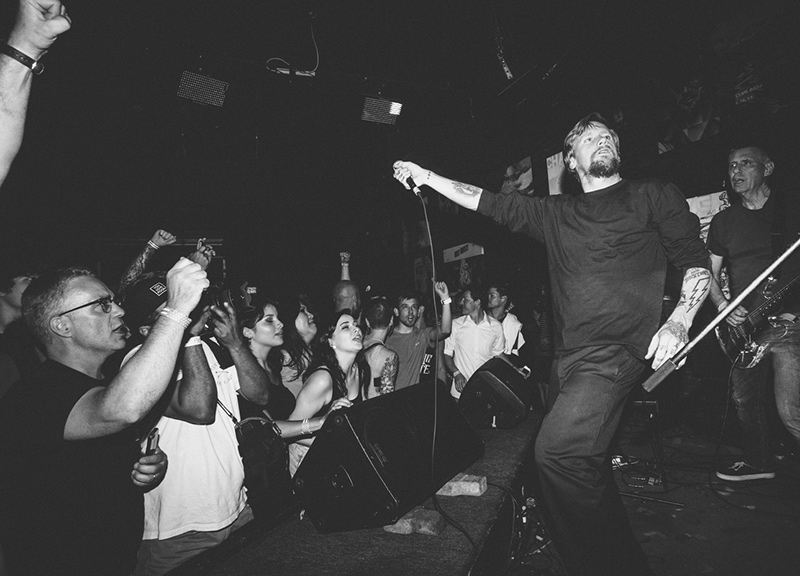 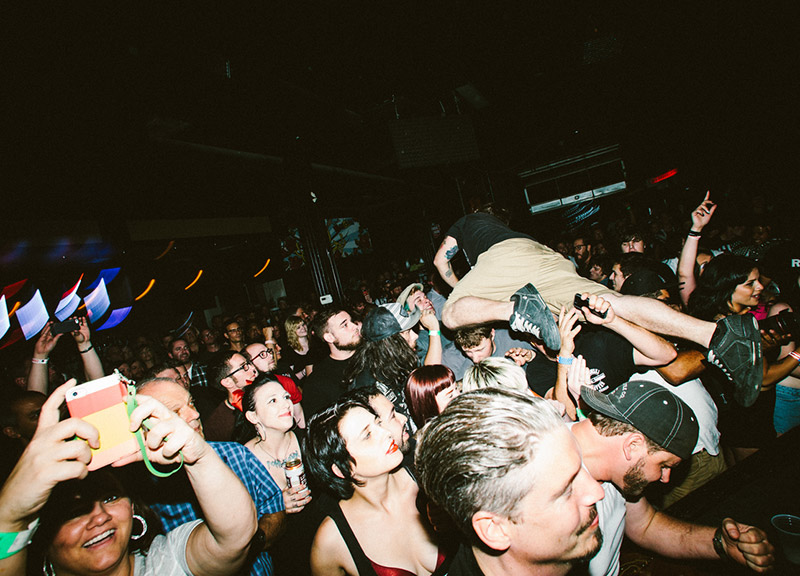 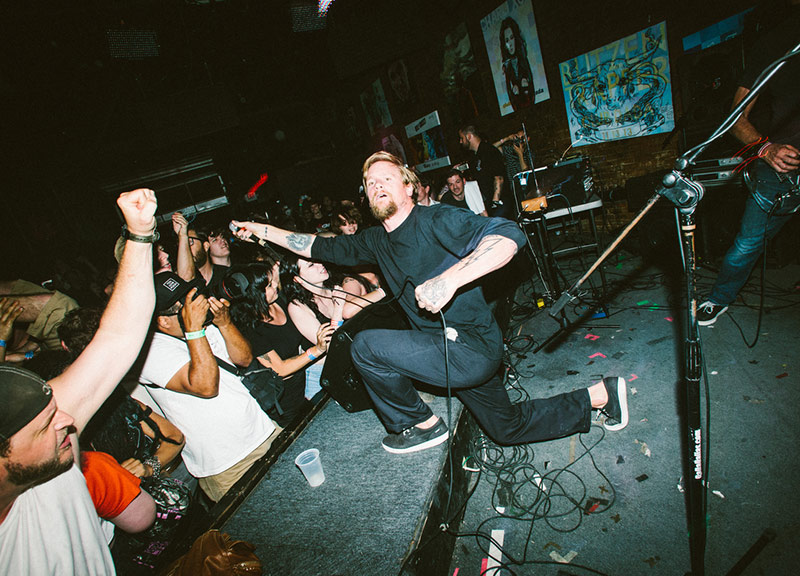 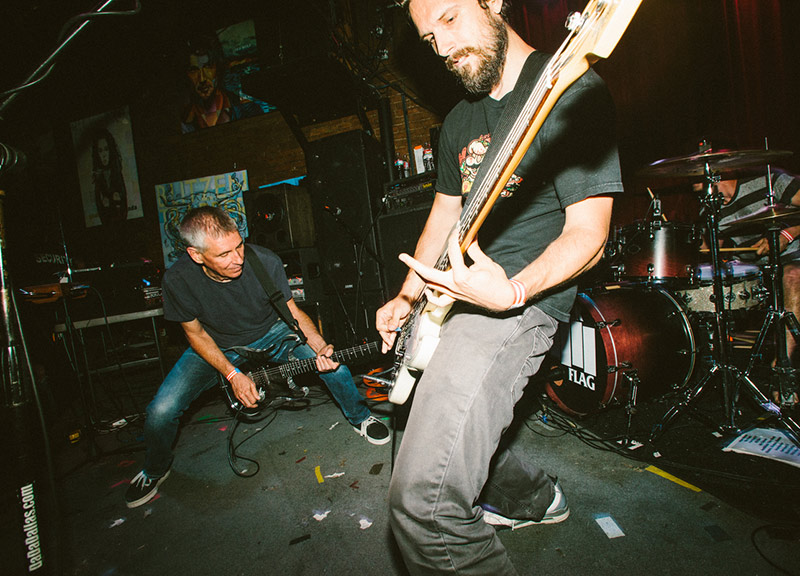 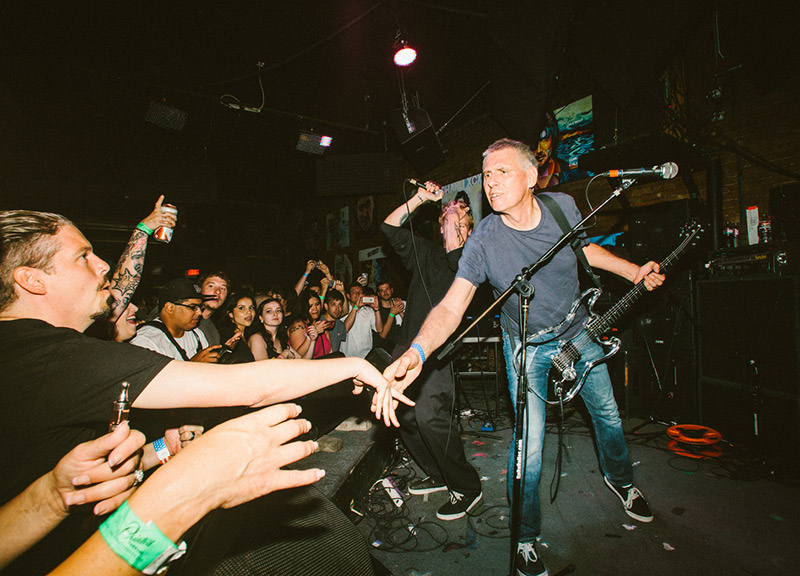 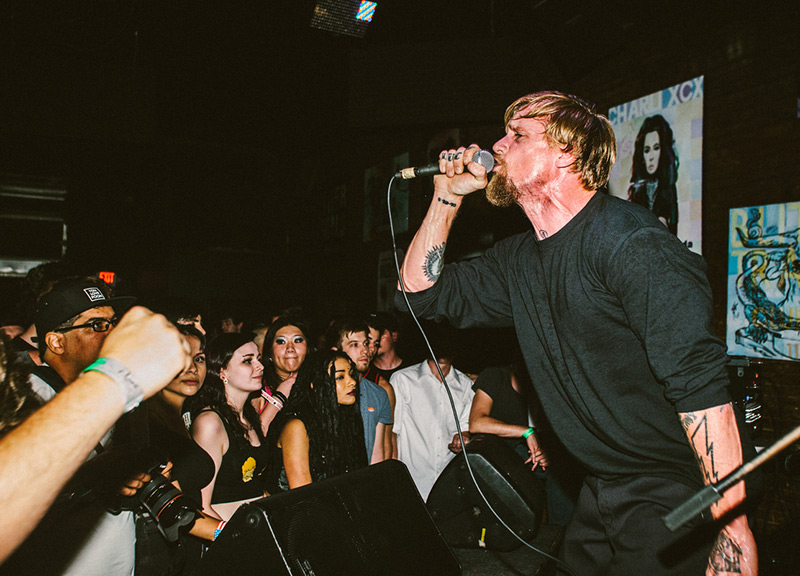 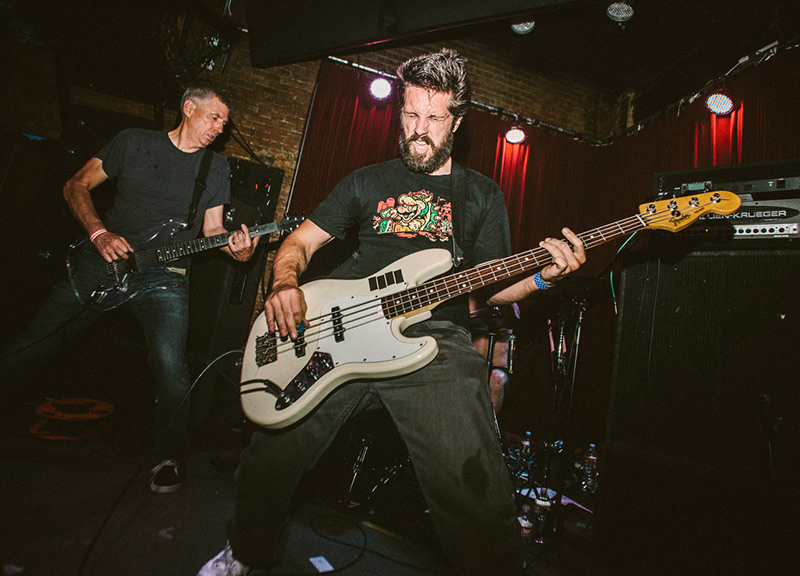 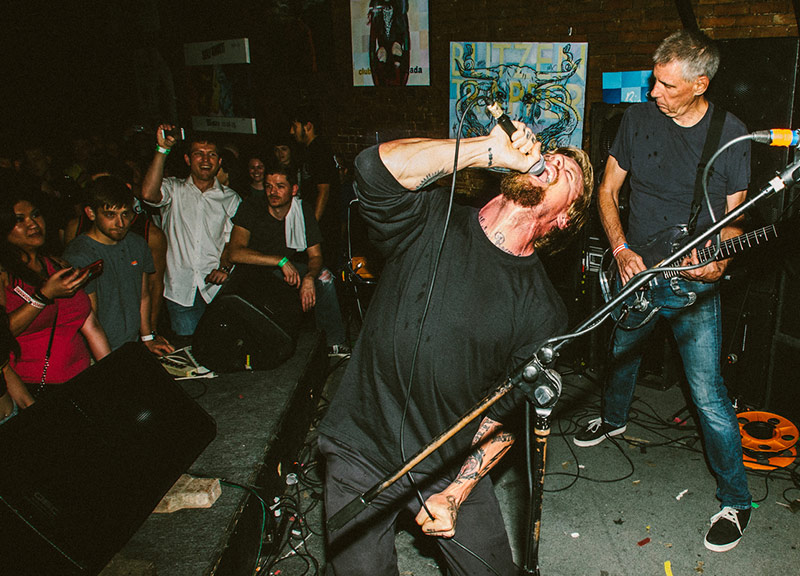 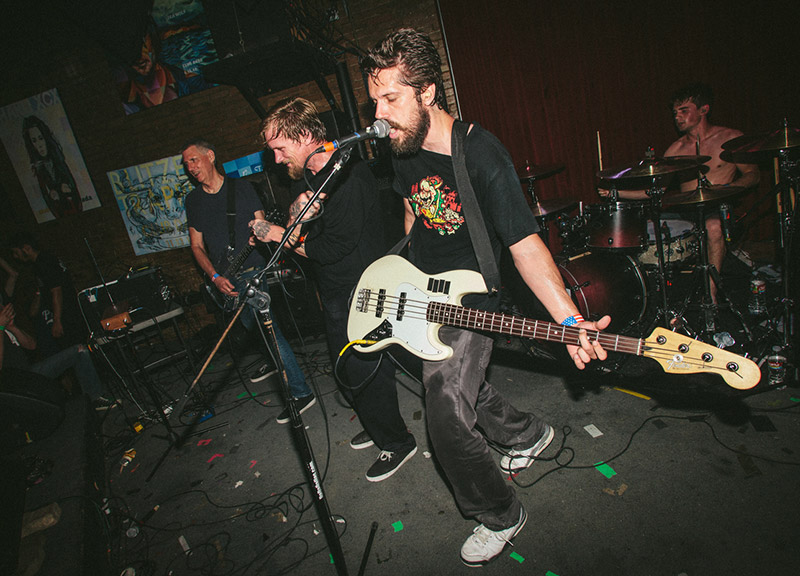 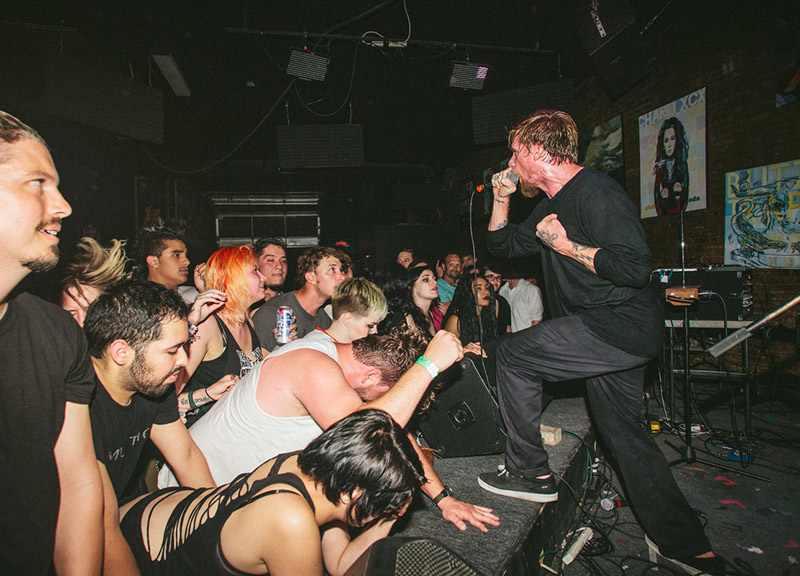 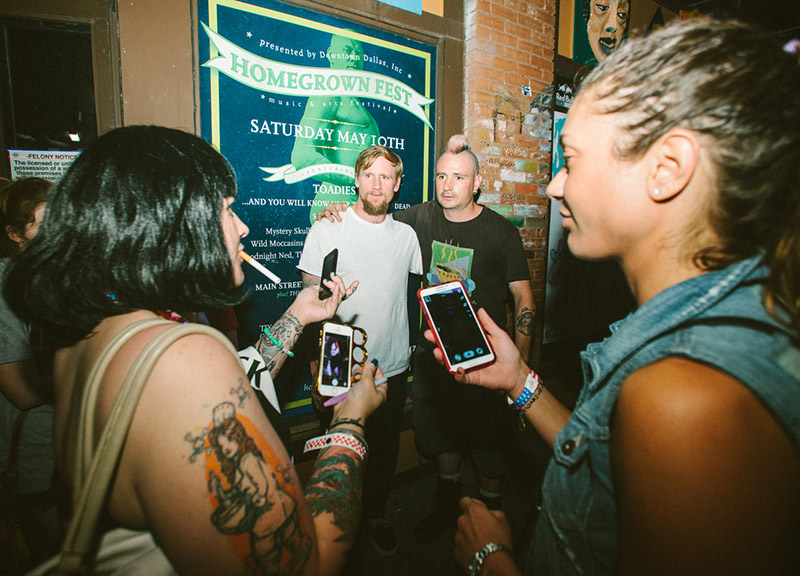 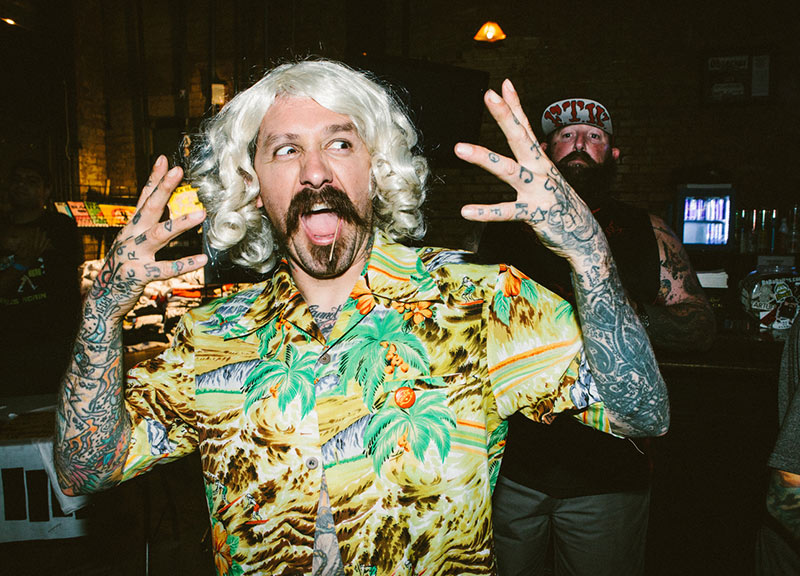 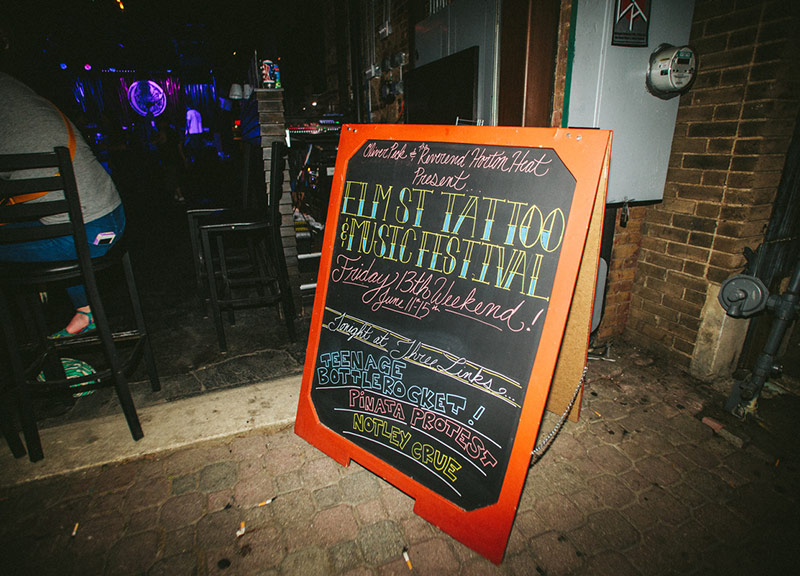 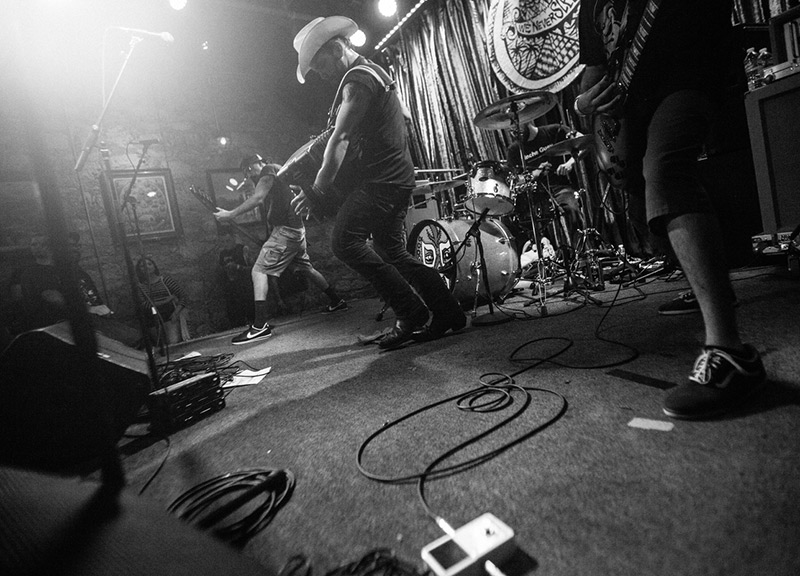 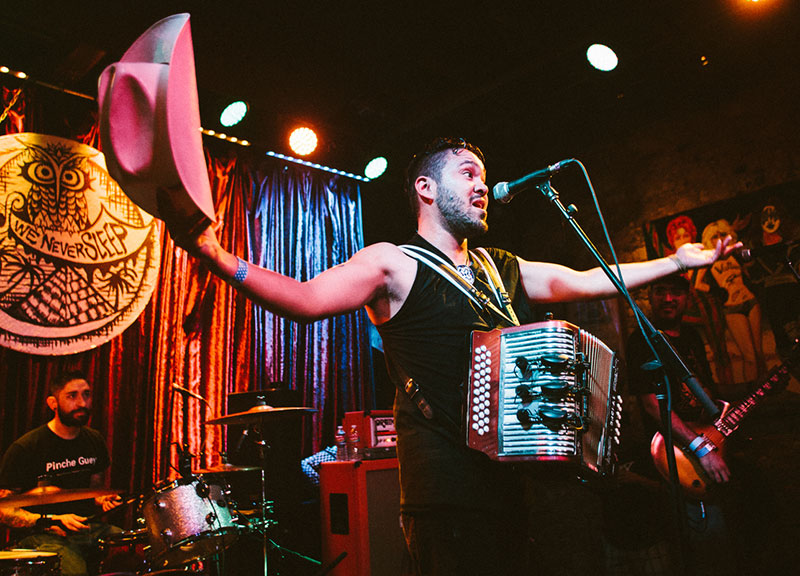 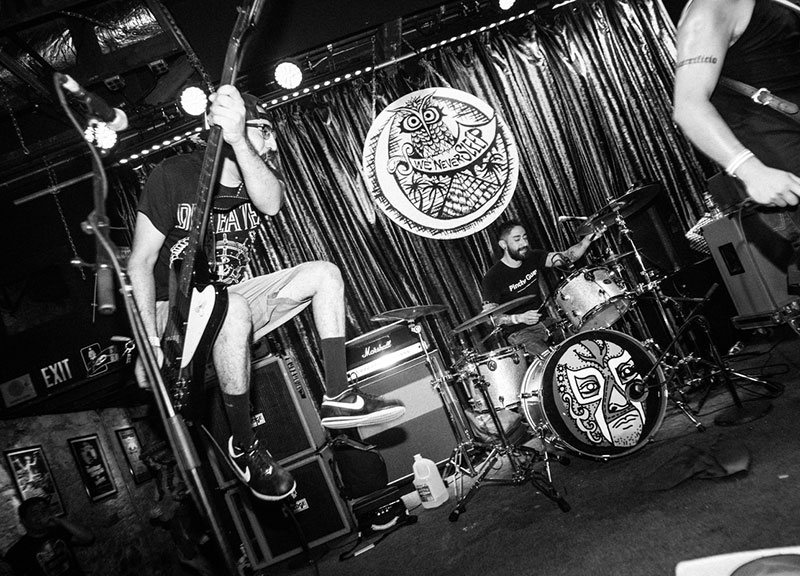 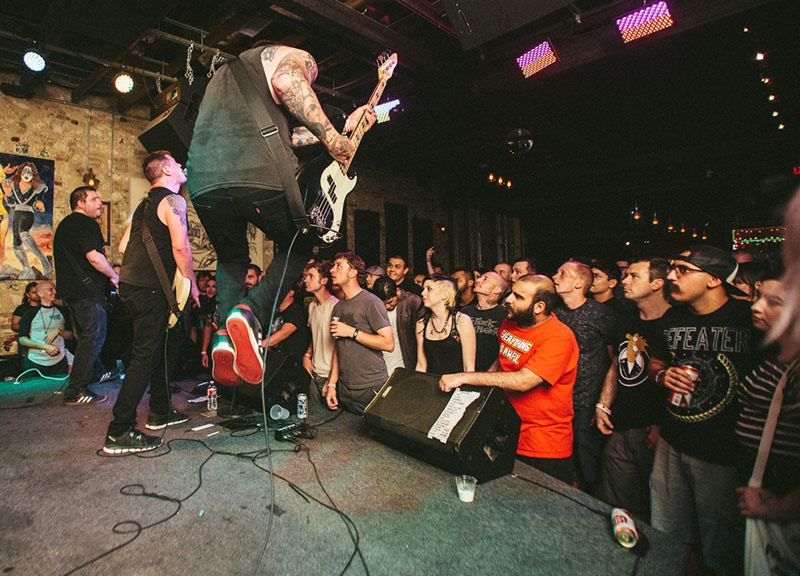 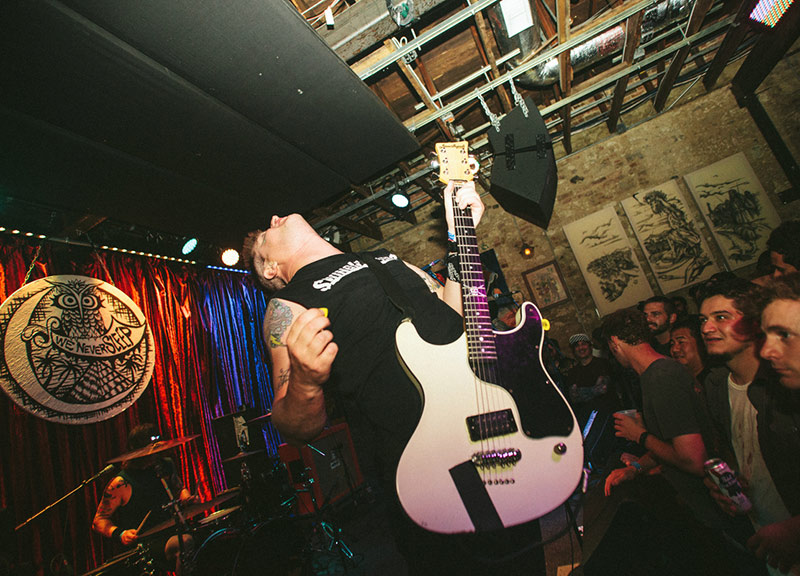