Nowitzki Way Is Real, And It Is Spectacular. 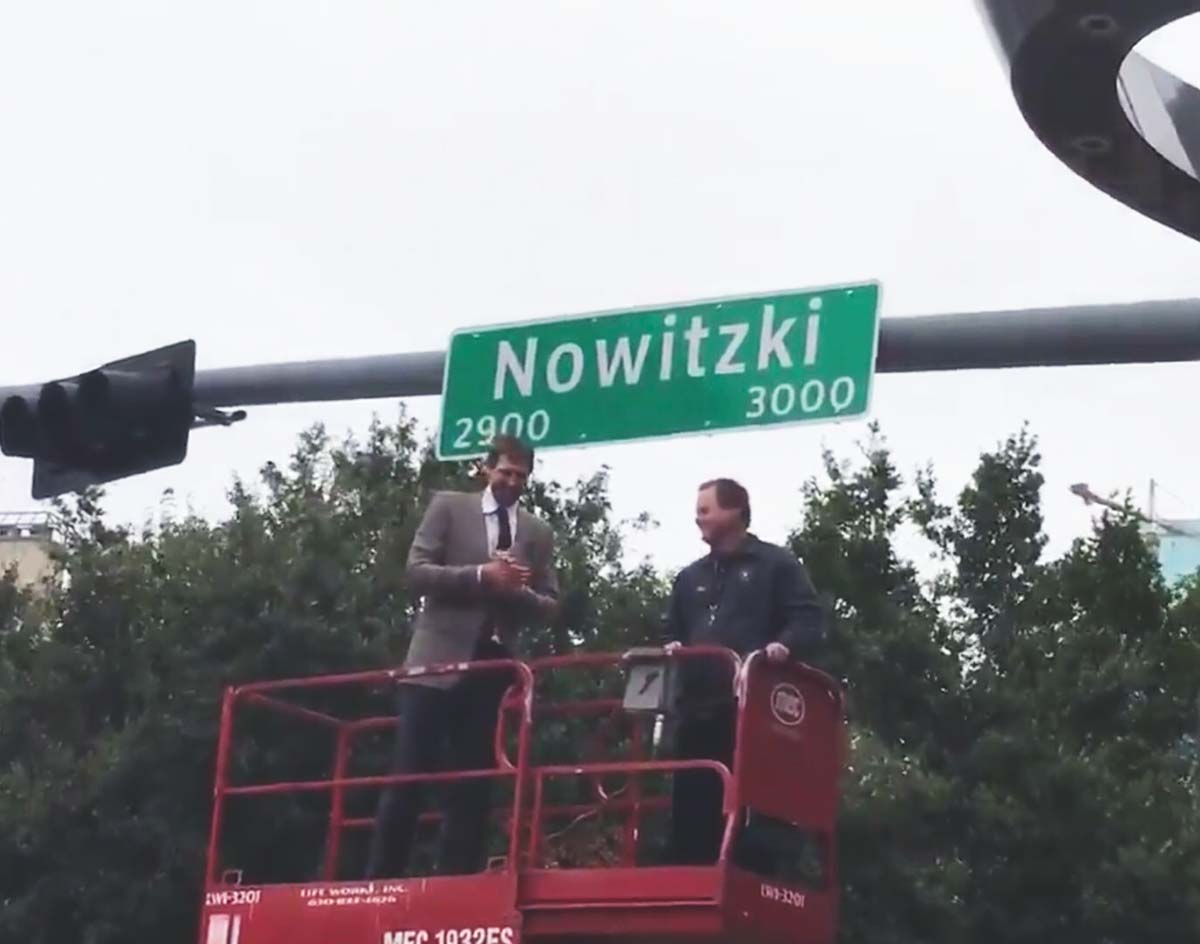 The City of Dallas Unveiled Its New Dirk-Honoring Street Signs This Morning, With The GOAT Himself On Hand To Ring In The Occasion.

Post-retirement Dirk Nowitzki is experiencing something of a glow-up this week.

Just a couple days ago, the Dallas Morning News reported that the Big German had purchased himself and his family a posh new pad — an 11,394-square-foot Preston Hollow mansion once owned by the late Dallas billionaire Charles Wyly — for a cool $5.75 million. Then, just this morning, he also became the proud owner of a new road.

After first being proposed back in May and then swiftly approved up through the proper local governmental channels, today it became officials with the street signs and all to prove it: The three-block stretch of road formerly known as Olive Street from Field Street to Victory Avenue in front of the American Airlines Center will from this day forward be called Nowitzki Way.

The City of Dallas, the Dallas Mavericks and Nowitzki himself hosted an event a few hours ago this morning to unveil the new road signs and mark the occasion, with various fans and former Mavericks teammates of Nowitzki’s looking on.

Dirk Nowitzki high-fiving every last fan who came out to see the re-naming ceremony for Nowitzki Way. pic.twitter.com/rTsFLIRrRp

It’s super cool to see Dirk embracing such celebration of his legacy with open arms — especially in the form of markers such as these that should stand in our city in perpetuity.

Let it be known from this day forward: It simply is not better to burn out than to fade away.

Cover photo by Skyler in Dallas.