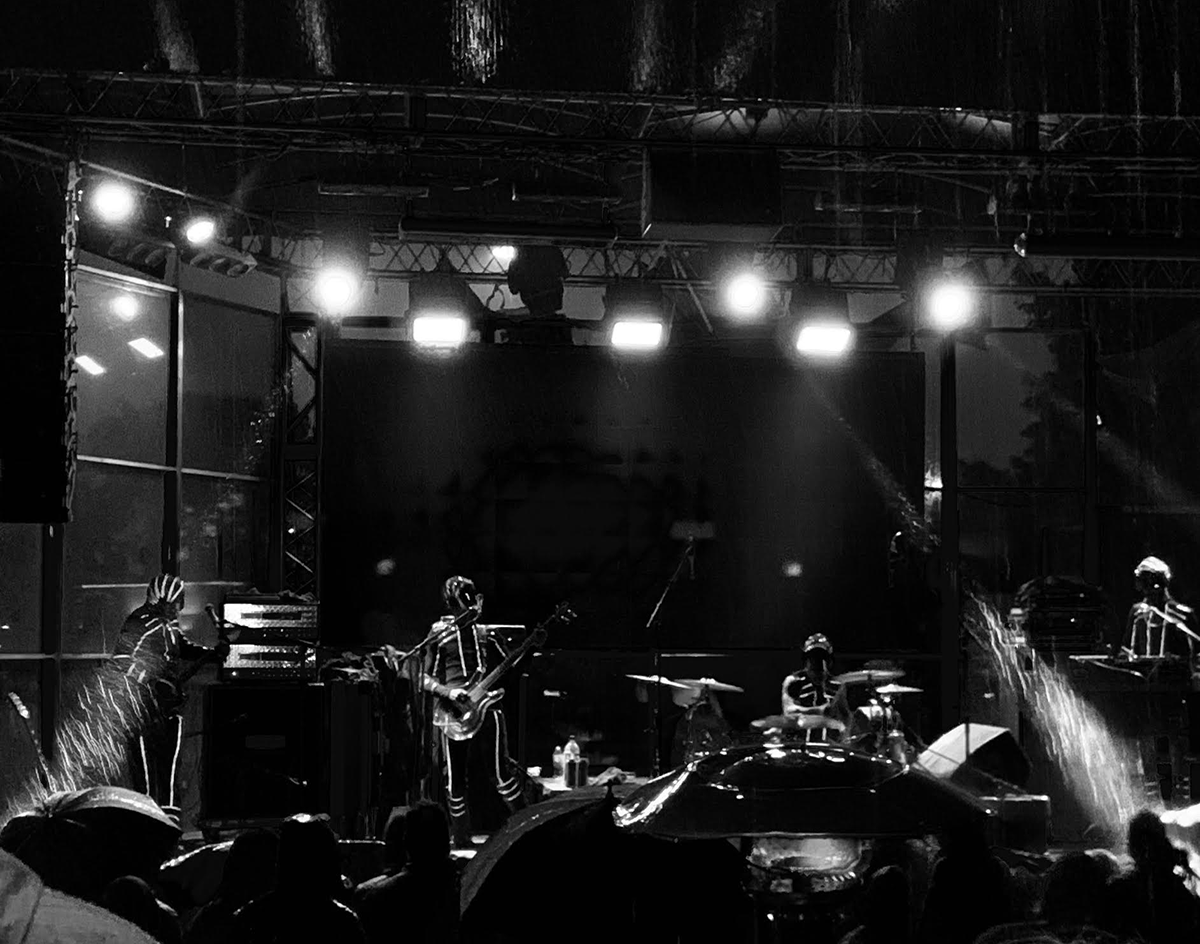 The Anticipation For The Grindcore Band’s First Dallas Show In More Than A Decade Was Washed Away Pretty Quickly Tuesday Night.

It’s been a minute since we were last treated to a show from The Locust, so when the band announced a rare area show at Gas Monkey Bar N’ Grill, it piqued our curiosity

Last we heard from the beloved San Diego grindcore/noise-rock legends was when they played The Door in 2008 with Poison the Well and Dance Gavin Dance. In 2001, the band played Deep Ellum Live with Rocket From the Crypt. The following year, they played Rubber Gloves with Lightning Bolt, Arab on Radar and Quintron & Miss Pussycat. The year after that, they bounced back to Deep Ellum to play Trees with the Yeah Yeah Yeahs, and would return to the same venue in 2005 to open for metal supergroup Fantomas.

We heard from competing venues and promoters on the low that they put in a bid to get the show elsewhere, but Gas Monkey ultimately came out on top. And sure, there’s an underlying, unfounded stigma surrounding the venue, but The Locust bassist and vocalist Justin Pearson performed at the venue in 2017 with one of his other bands, Dead Cross. It’s doubtful the Locust would have played the room if that experience was unfavorable.

Besides, Gas Monkey has been host to some memorable performances, and while Tuesday night’s show was certainly one of them, it wasn’t for entirely good reasons.

It rained so hard that the person working door had to hide in a small enclave under the patio stairs. In the minutes leading to the Locust’s set, most of the crowd retreated to the shaded patio just to stay dry for a minute, but the roof leaked almost to a point where there was no sense in doing so. People put their hands over their beers and huddled around space heaters like a campfire, and some wore their misery on their sleeve rather heavily. As the Locust took the stage around 9:15 p.m., dozens of people made their way to the front. Some wore ponchos, and some had umbrellas, but many attendees braved the heavy rain and moshed anyway.

Had it been a dry night, the mosh pits would have likely been more plentiful. The Locust has a reputation of putting on dangerous and frenetic performances, and the rain literally dampened the anticipated chaos. Still, one fan stagedived, and even though nobody caught him, the tenacity was admirable.

“We want to say thank you for putting up with this,” said Pearson in a sincere tone of gratitude. “Hopefully you’re enjoying yourselves.”

Up until that point, it was difficult to sense the mood the band felt, and that can be attributed to the fact there was minimal stage banter beforehand, as well as the signature insect costumes that cover the members’ faces.

Once the band wrapped its set around 10 p.m., fans didn’t wait around one second longer. Attendees made a mass exodus to the building and parking lot as Shinedown’s “Second Chance” played over the house speakers.

It was a fitting soundtrack to the end of the performance, too, because the Locust did the best they could, and we feel like they should be given a second chance for a proper Dallas appearance.