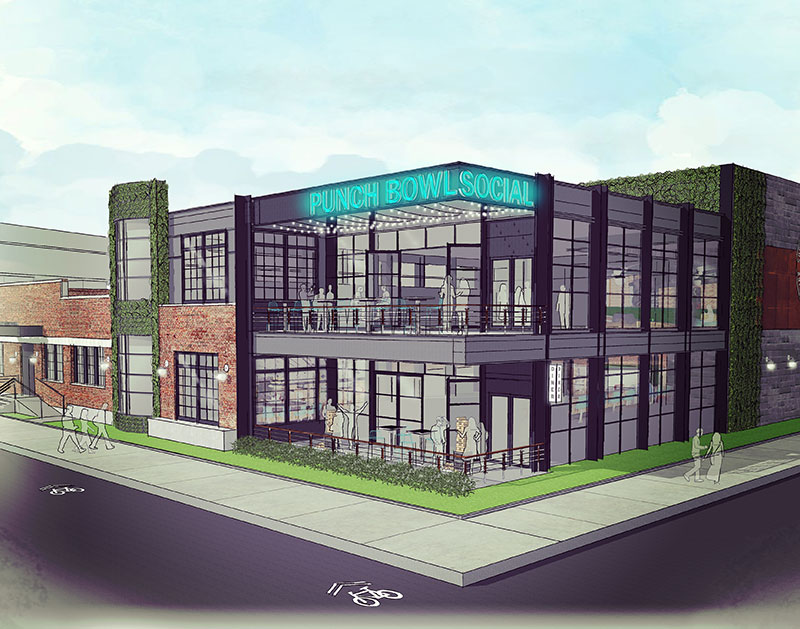 For years, rumors of a bowling alley opening in Deep Ellum have swirled — since 2010, at least — with most chatter centering around the building that stretches the entirety of Good-Latimer Expressway between Main and Commerce being a likely destination.

Now, those rumors have turned to fact. In 2018, the Denver-based Punch Bowl Social chain will open a 23,000-square-foot “eater-tainment” complex in the building located at 2600 Main Street (at one point the home of Copper Tank Brewery). Plans for the multi-level space, which will neighbor Commerce Street mainstays RBC and Twisted Root, include a kitchen, a full bar, eight bowling lanes, two karaoke rooms, a bocce court, two virtual reality rooms and maybe even a rooftop deck. 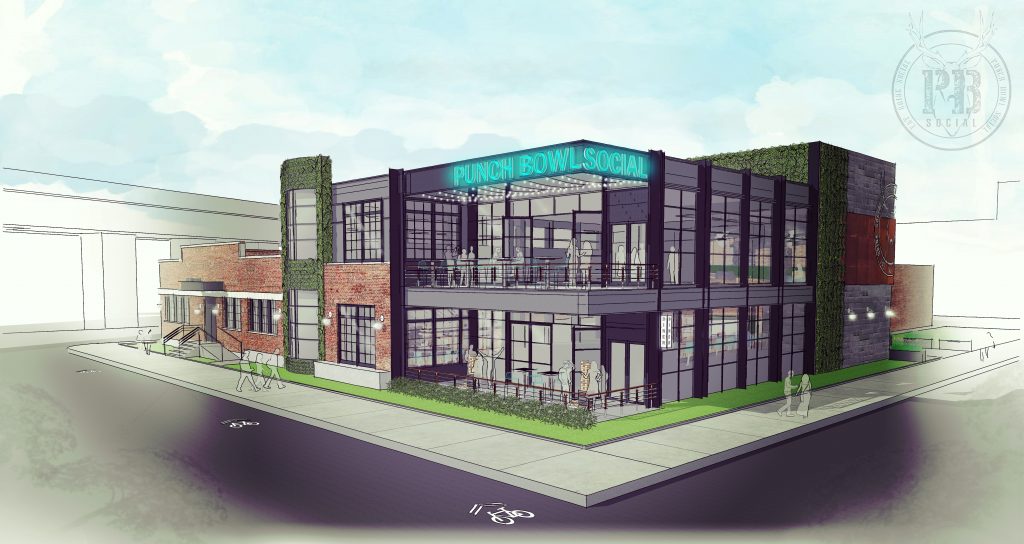 A rendering of Punch Bowl Social’s plans for its Deep Ellum location.

Punch Bowl Social, which currently boasts locations in Austin, Portland, Minneapolis, Detroit and Cleveland and plans to expand to Chicago, Atlanta, San Diego and Brooklyn in the near future, signed its lease on the space in July. It is one of the first new lessees brought to the neighborhood by the North Carolina-based Asana Partners, which purchased 28 properties in Deep Ellum from Dallas’ 42 Real Estate earlier this year.

Will Deep Ellum embrace the new spot? Or will it cry “Uptownization!” as it so often has in recent memory?

Tough to say. But keep in mind that, for as much flack as people gave the chain pizza-and-bar concept Bottled Blonde before it opened, that place sold almost $1 million worth of booze in its first couple of weeks in business alone.

It’s possible — gasp! — that Deep Ellum’s bark may be bigger than its bite.