A Look Back At The 2017 Oak Cliff Film Festival. 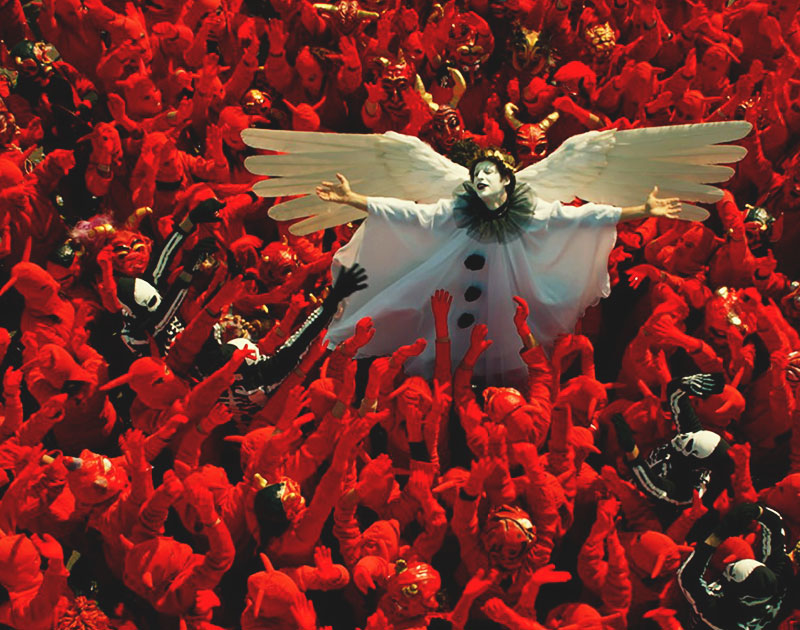 From The Surprising A Ghost Story To The Moving Endless Poetry, Our Film Critics Discuss The Good, The Bad & The Ugly Of The 2017 Oak Cliff Film Festival.

This year’s Oak Cliff Film Festival may have been the largest yet in the event’s six-year run.

Don’t believe me? Ask one of the hundreds of people who lined up down the block to see Dallas director David Lowery’s Irving-shot A Ghost Story on closing night. Or, hell, just ask anyone who spent the preceding four days of the festival at the Texas Theatre, the Kessler Theater, Wild Detectives and various other venues all around Oak Cliff, attending events filled with movies and music.

The increase in scope did make for some issues, we’ll concede. But, mostly, those were good problems: Do you go see Endless Poetry (the new Jodorowsky joint) or do you see a repertory screening of the recently departed Jonathan Demme’s Something Wild? Decisions are hard!

At the opening night party of this year’s OCFF, one of the Aviation Cinema fellas in charge of throwing the event mentioned that this year’s programming theme was that there was no theme. Well, we call BS on that, as family very much seemed to be the overarching sentiment that tied this year’s crop of films together. Whether you see family as a blessing or a curse, something you’re born into or something you create through friends, society’s most important structure informed most of the movies at OCFF this year.

But what were the highlights and lowlights of this year’s offering? Below, my fellow Central Track film critic Javier Fuentes and I will dive into all that. — Angela Jones

Javier: My entire Saturday was awesome. I started things off with the Austin-shot thriller La Barracuda, a film about a woman whose life becomes unraveled after she learns that her dead father had a second family and that her newfound half-sister may or may not have some sinister intent behind wanting to meet up. Then, I caught the wonderfully delightful New York City comedy Person to Person, which follows a plethora of quirky but lovable characters as they go about their peculiar day. Last, I saw the emotional Endless Poetry. Continuing his surrealist autobiography that begin in Dance of Reality, Endless Poetry finds Alejandro Jodorowsky exploring the time he spent working as a poet in Chile and hanging out with a group of artists friends right before leaving his home country for Paris. All of these movies have distribution, meaning they should be available for the masses to see soon. And they really should be seen ASAP.

Angela: Building on that, I’d like to simply reiterate that OCFF really delivers in its programming. Rarely do I see a film at this festival that I completely dislike. Almost all the films I saw, I could recommend to someone. A standout was the closing night film, A Ghost Story. Don’t let the title fool you: You might think this is a ghostly thriller full of jump-scares and tense music, but director David Lowery instead creates a quiet tale here about not being able to let go of the past. After Casey Affleck dies tragically in a car accident, he becomes a ghost — a literal ghost in a white sheet — and refuses to let go of his corporeal past, haunting his (played by Rooney Mara) and the house they lived in. He cannot (and maybe does not) want to leave and move onto the afterlife, and the result is a haunting, beautiful, charming and tragic piece of cinema in which Lowery take audiences through a range of emotions. It’s an unexpected film, and it was a fantastic way to end the festival.

Javier: The only movie that failed to connect for me this year was A Life in Waves, the biopic of pioneering electronic musician and composer Suzanne Ciani. As a topic of a movie, she is a complete delight with a warmth and sense of humor that shows that she’s younger at heart than most of us. The movie also explores her trailblazing career in advertising as a way to keep on making money while she wrote the songs she was passionate about. But, despite my walking out of this film with my eBay app open and ready to find her records, the movie itself was nothing new in terms of documentaries. While I recommend it for the subject, the movie might be tough for some people get through.

Angela: Comedies just aren’t as common a sight at festivals as intense dramas are, so seeing a comedy can be a refreshing palate cleanser in the midst of ghosts and existential meditations on life. The Little Hours is an ensemble film about Dave Franco running away from Nick Offerman and hiding out in a convent of nuns that includes Alison Brie and Audrey Plaza. But the nuns aren’t exactly, um, nun-like; they cuss, drink and like to make out. It’s like a sorority house centered around praising Jesus. And it’s a little funny, I suppose. But it was mostly uneven. The plot wasn’t strong, the characters were one-note and the whole thing seemed more like a bunch of sketch ideas thrown together instead of something cohesive. It’s still enjoyable, but I left disappointed.

Javier: On a logistic side, I noticed that there were a lot more bottlenecks to get into the theaters this year than in previous years. Moving forward, I’d like to see a system where there are separate lines for badge-holders and ticket-holders. Otherwise, the relatively small Texas Theatre lobby becomes a bit of a sardine can.

Angela: The talkers were a bit problematic this year for me. Listen, encountering these cancerous sociopaths who talk in full sentences throughout a movie and check their phones constantly during screenings is just an unfortunate fact of life at this point. But what on earth possesses someone to take the effort to look up the schedule for a movie festival, buy tickets and then proceed to loudly talk through a two-hour movie — especially when there’s a perfectly good lobby to go out and chat in like there is at the Texas Theatre, where there’s a great bar with a cool atmosphere? I just don’t get it. And it still surprises the hell out of me how many people talk through festival films. These people take away from the enjoyment of the film, and their actions represent some next-level garbage behavior. Those complaints aside, though, the 2017 Oak Cliff Film Festival once again proved why this event continues to be one of the best festivals — film or otherwise — in all of Dallas. It’s just clear that, at this point, the secret’s out about it. We expect the OCFF to only grow from here.