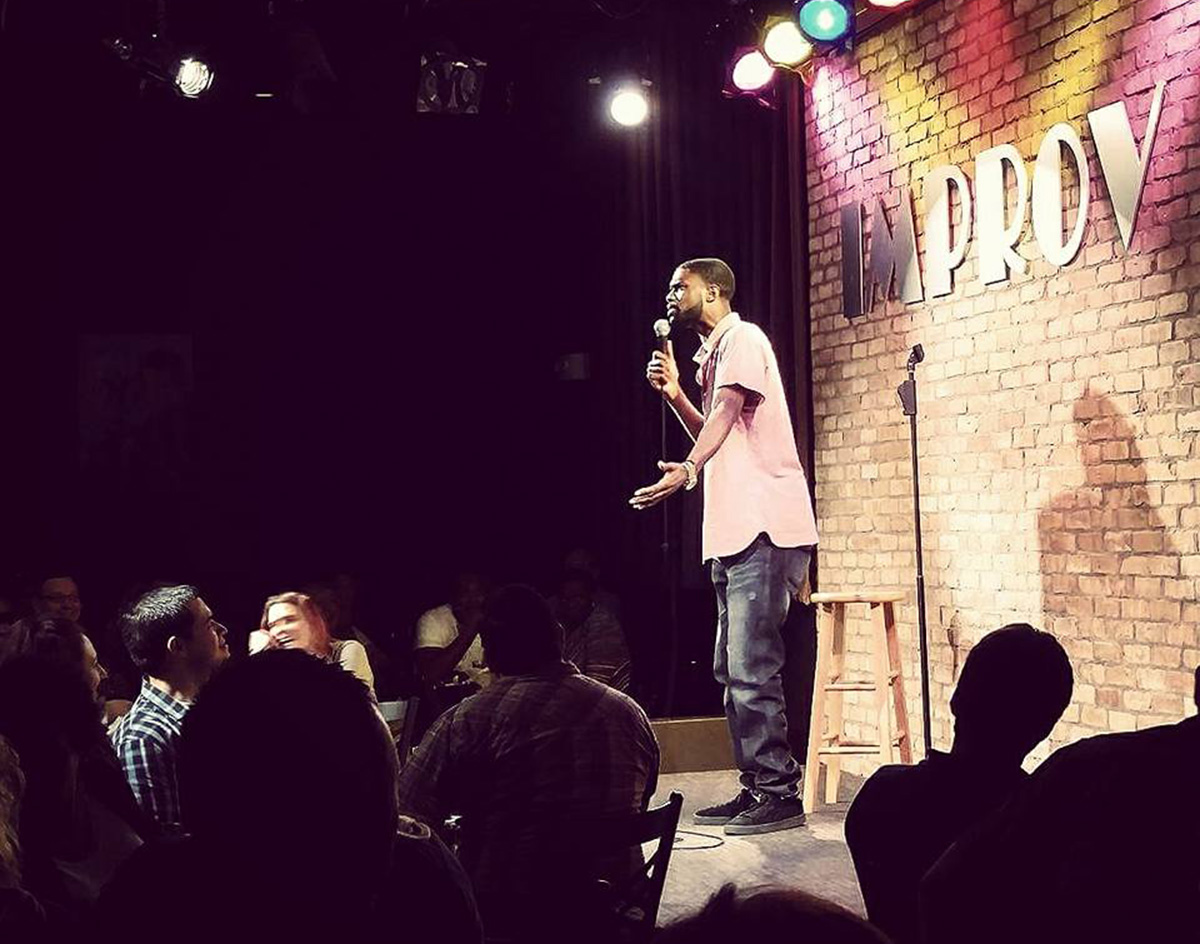 It’s hard to miss the significance of a title as bold as Funniest Comic in Texas.

The competition, arranged through Texas’ Improv Comedy Club franchises, draws performers from throughout the state to enter into a series of contests, with the respective winners eventually meeting for one final showcase. The winner takes some obvious bragging rights – who wouldn’t want to say they’re the funniest comic in their home state? — along with some promised bookings and a $1,500 cash prize.

Roughly 500 comics attempted to take this year’s title. Most of the competitors were weeded out during a cluster of preliminary shows and semifinal competitions. (Full disclosure: Yes, I entered this year’s Funniest Comic in Texas competition. No, I didn’t advance past the first stage. It’s fine. I’m fine. My abject failure isn’t weighing on me at all. I’m fine.)

The finals finally took place last night with 11 comics squaring off at the Arlington Improv. The event was emceed by the most recent winner, Linda Stogner, and thanks to the thorough vetting provided by the previous rounds, the competition boasted a formidable comedy roster. The showcase included Funniest Person in Austin winner LaShonda Lester, and Funniest Comic in South Texas winner Larry Garza. Dexter Givens, Dez O’Neal, Son Tran, CJ Starr, Justin Thompson, Andy Huggins, Alfred Kainga, Asher Allen, and Tyler Elliott also competed, with everyone exhibiting the creativity and humor that made them worthy challengers for the title.

Sure, a lineup with 11 comics can be taxing for crowds, but these premiere performers kept them hooked throughout the night.

The show closed with O’Neal — a first-time Funniest Comic in Texas entrant — competing directly with Kainga, an impressive local favorite who was recently featured in an episode of Kevin Hart’s Hart of the City, to help the judges break a deadlock. After the sudden-death showdown, the Dallas-based O’Neal walked away with the victory.

“I’m feeling accomplished,” O’Neal said after he was declared champ. “I’m feeling like the stress is off my back. I was so worried about this… [but] I’m not gonna let it go to my head. I’m just gonna keep grinding.”

Competitions like Funniest Comic in Texas can help propel a standup’s career. Previous winners like Stogner, Paul Varghese, and Aaron Aryanpur have been able to use the title to establish themselves with the public at large as formidable talents.

O’Neal’s relative career brevity might make him a surprising victor for some, but it’s easy to appreciate the outcome if you’ve see him onstage. The comedy equivalent of a five-tool player, he has terrific charisma and can maximize the comedy of his sharply-written bits with outstanding delivery. With an abundance of charm and no apparent onstage weaknesses, it’s hard to imagine him failing to capitalize on the opportunities this win will create.

Regarding this year’s tournament, Improv manager Sean Traynor said it “brought a whole lot of new comedians to our table.”

That’s an important point: Winning certainly raises O’Neal’s profile, both with the Improv and beyond, but he’s not the only one who benefits from reaching the final stage. The closing round puts performers in front of club managers who might otherwise only see them during open mics when they’re feeling out new material. Impressing the managers can mean securing future opportunities to perform on Improv stages, which in turn means more exposure to the public, as well as the chance to work with prominent touring comics. It’s hard to overstate how helpful these competitions can be for comics on the rise. (I really am fine with not advancing in this year’s competition. I’ve completely let it go.)

As for O’Neal, what is he to do after being granted the title of Funniest Comic in Texas? Let’s be real: A title that big can make it hard to carry on with business as usual. So how will he feel walking into his next open mic?

“Hella weird,” O’Neal told us with a laugh. “Everybody’s gonna be like, ‘Why are you here? You’re the funniest comic!'”

But, he notes, he won’t let that weirdness slow him down.

Continued O’Neal: “Like I said, the grind don’t stop.”