How Filming In Dallas Shaped Horror Of ‘The Seventh Day’. 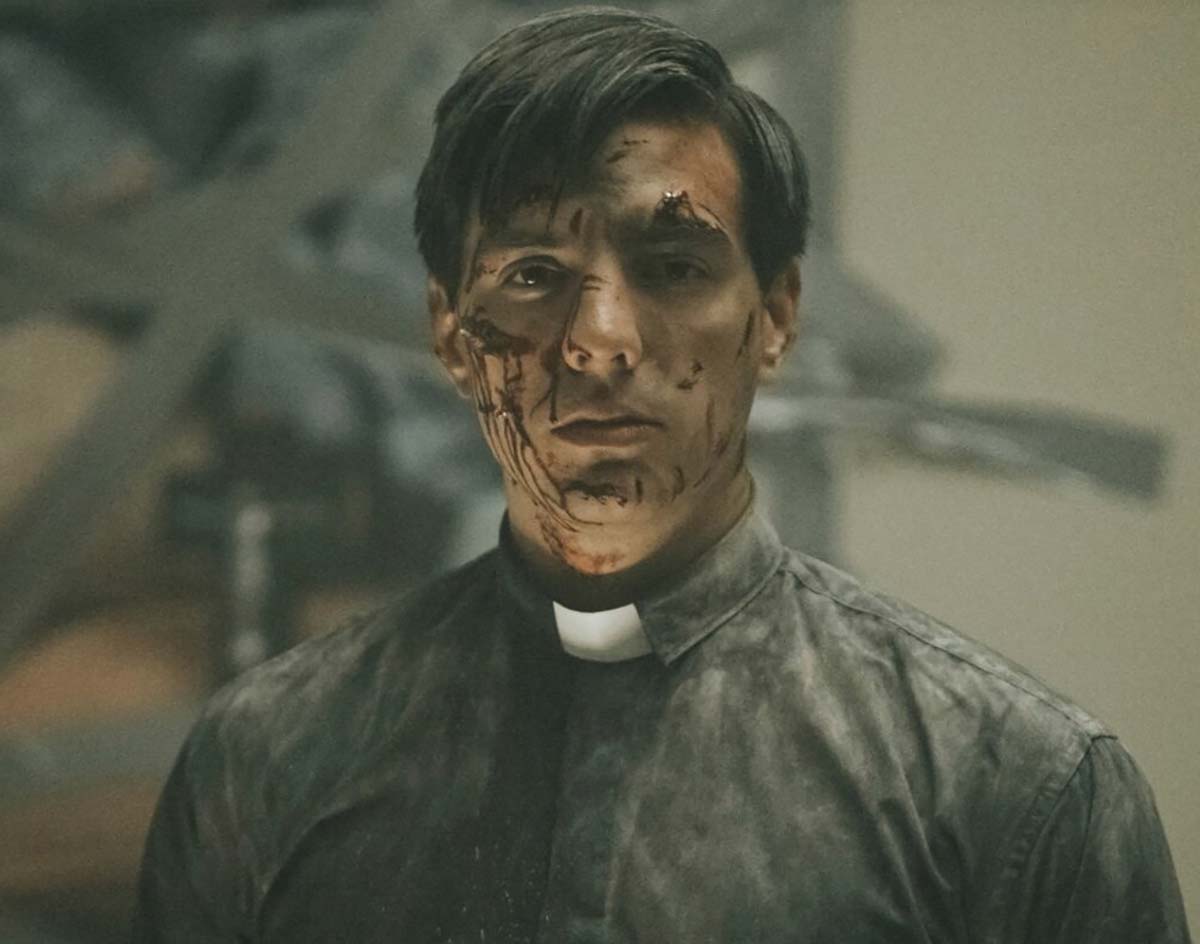 The Director Of Guy Pearce’s Latest — A Movie Hailed As ‘Exorcist’ Meets ‘Training Day’ — Talks How Shooting In Dallas Shaped His Vision (And Taste).

In terms of loglines that combine two completely different movies you’d never expect to mention together, “The Exorcist meets Training Day“ really is one for the ages.

But that’s exactly what you get with The Seventh Day, the Dallas-shot horror film that makes its debut in theaters and on demand this Friday.

The film follows Father Daniel Garcia (Vadhir Derbez), a naïve young priest who gets his first day of training from veteran Father Peter Costello (Guy Pearce). Costello has much more in common with Denzel Washington’s famous anti-hero Alonzo Harris than any of the old geezers from The Exorcist; he prefers to kick ass and take names as he roams the streets of New Orleans, tracking down demonic sightings.

Throughout filming, Dallas doubles as New Orleans, and writer/director Justin P. Lange says the local crew was “really enthusiastic, dedicated and hard working” in helping craft his vision — and in pointing him toward unique dining opportunities across the city.

“One of my favorite pastimes there was driving around with my great [director of photography] and friend Nick Remy Matthews on our quest to find the best taco in Dallas,” Lange says. “Our favorite in the end was Fuel City — but I fear we may have only scratched the surface.”

That same could be said for the young filmmaker’s career. The Seventh Day is Lange’s second feature film after his debut The Dark hit the festival circuit in 2018. The positive response The Dark received then allowed Lange to prepare for his next shoot — the latest production in which the Dallas-based horror publication Fangoria has its hands — in a much shorter time frame.

“The Dark and The Seventh Day were completely different beasts,” he says. “I had been developing and trying to make The Dark for six years before we finally were able to come up with the financing and make that film. The Seventh Day, on the other hand, happened way faster. There were six months between the day I sat down to write the script and the first day of principal photography.”

Lange calls The Seventh Day “much more ambitious” than his first film, and says filming in Dallas provided him with a wealth of great locations to help best realize his script.

“The Scottish Rite was a really gorgeous location to shoot in, and there were a couple  beautiful historic homes on Swiss Avenue,” he says. “The juvenile detention center in Corsicana was a real find by our amazing production designer Adam Dietrich — as was Aloha Roller Palace, which was easily my favorite location to shoot in. It wasn’t [originally a setting] in the script, but when Adam suggested it I was immediately sold.”

The themes of the film are personal for Lange. Growing up in an intensely Catholic household sparked a lifelong interest in stories about demonic possessions. Lange says watching his grandmother attend church everyday sparked some lasting genre influences that now dominate his career.

“I remember as a child, I would watch her with an uneasy curiosity as she would sit in the dark every night for hours at a time, saying her rosary,” he says. “While my personal relationship with the church has grown more complicated and adversarial in my adult years, I guess it isn’t a huge surprise that — as an adult and horror fan and filmmaker — I found myself fascinated by the practice of exorcism and exorcist films.”

Lange also says an inherent interest in exorcism-related media has allowed him to tackle some of his own trauma. He says that horror films can be a perfect vehicle for helping people understand their own personal moments of darkness.

“I think there’s sometimes an assumption that horror isn’t as ‘serious’ as other genres and therefore somehow trivializes these subjects,” he says. “But the thing I’ve personally found in horror is a sort of safe haven. I feel like I found a vehicle for expressing myself and the things that haunt me in a really honest, visceral and cathartic way.”

Lange says his Dallas crew, many of whom are aspiring filmmakers themselves, share those same sentiments, which was vital in making sure that everyone on board with the film was on the same page.

“Filmmaking is a team sport,” Lange says. “I always say that to the heads of departments that I’m working with. If I prepare thoroughly, and know my material inside and out, then I’m comfortable in knowing what I don’t want — and that enables me to be open to new ideas and be surprised.”

An openness to collaboration is what made Lange says made his Dallas shooting experience a positive one.

“You’re going to be surrounded by intelligent, exciting, creative minds with a lot to offer, so [you have to] trust and respect them, and yourself, enough to be open to discovery,” Lange says. “It’s one of the most exciting and gratifying parts of the process, as least for me.”

The Seventh Day is in select theaters and VOD platforms this Friday, March 26.