[Q&A] How A Recording Studio Shifts In A Pandemic. 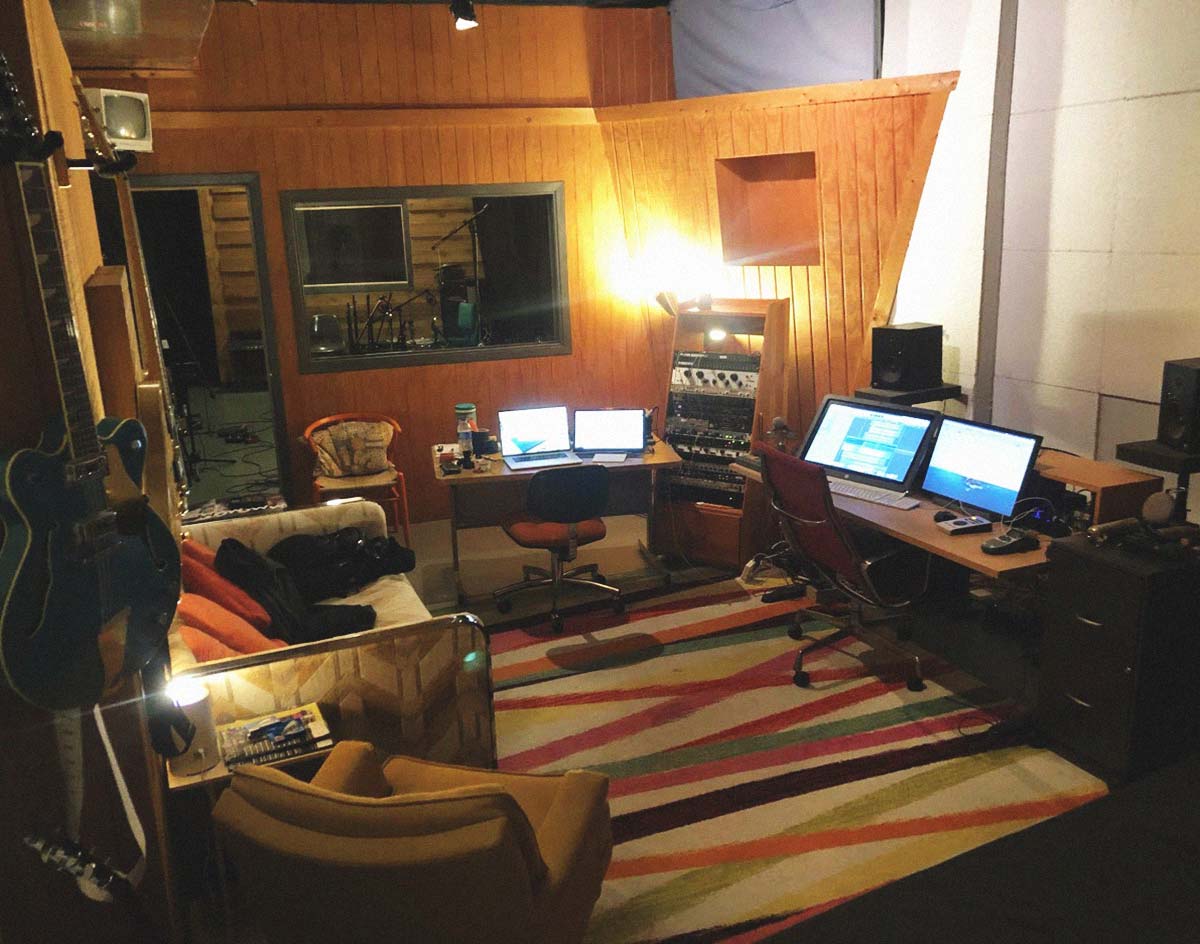 The Dallas Music Scene Veterans At The Helm Of Oak Cliff’s Consolvo Studio Tell Us How Their Business Shifted Over The Course Of The Last Year.

We’ve all had plenty of reasons to stay inside and away from people these last 12 months.

But, much as we’ve heard about how the coronavirus pandemic throttled business at area restaurants and bars in 2020 and beyond, how have businesses like recording studios weathered all the awfulness of the pandemic?

We talked with Jeff Ryan and Jerome Brock of the Oak Cliff-based Consolvo Studio to find out.

These two don’t just have studio experience with their own space. They’re music aces with decades of experience among Dallas music’s most powerful players. Brock has been playing in his Cryptolog band since 2014 now, and Ryan is among the scene’s most prolific drummers, having played with St. Vincent, Sarah Jaffe and even the War on Drugs throughout the years beyond his current efforts in Motorcade and Myopic.

Wanting to know more about what studios did to keep clients safe amidst the pandemic — and what comes next as more and more people get vaccinated — we figured they’d be the guys to ask.

Let’s start with some history about Consolvo.
Ryan: What’s funny is I have a long history with this studio — dating back to the ’90s when it was called Hai Tex Studio and run by a guy named Andy Chiles from the band Ooga Booga. In fact, I think I recorded one of my first ever sessions here! A lot of Dallas and Denton bands used to record here. Over the past 11 years, I’ve used it to rehearse with everyone from Pleasant Grove to Sarah Jaffe and St. Vincent. We tracked the last Baptist Generals record here in 2012, too. Stuart Sikes, who was at the helm of those sessions, would also use the space mix if the other studio down the street, Elmwood Studio, was busy with John Congleton or Alex Bhore doing stuff. Jason Reimer then took it over when Stuart moved to Austin, and he did a lot of commercial and soundtrack work here until Jerome took it over fully a few years ago. Stuart still comes in from time to time to use it as well.

Brock: I had been in the space sharing it with Jason Reimer and primarily using it as a rehearsal space with a few recording sessions a year for about five years. I took it over about two years ago, and did substantial updates to make it function more as a full-time studio. We probably started tracking more seriously with outside artists around September 2019.

What measures has the pandemic forced you to take at the studio in terms of cleaning the studio on a regular basis?
Brock: We got a lot of Clorox wipes, a lot of paper towels and plenty of floor cleaner and hand sanitizer. We also purchased HEPA filters for the live room, and one for the control room. In between sessions, we wipe down the headphones, mics, stands and other hand-held gear with sanitizing wipes. We try to give the artists a comfort level that they have what they need to stay safe in any way we can.

Do you request clients to wear a mask when they enter? What about social distancing?
Ryan: We do ask that, out of courtesy, they just to keep a mask on — and everyone has been cool with doing that. It’s mainly in the control room, though — when we’re listening back to takes — that it’s absolutely required. We try and maintain a safe distance during sessions. During the Jackson Scribner sessions last spring when the lockdown had just happened, we all pretty much stayed in our own spaces where we needed to work. Jackson would pretty much stay in the iso booth to do vocal and guitar takes, I would stay in the live room and track drums, and Jerome would stay in the control room. It was a bit weird at first, but we knew that we were working together for a greater cause, and we were willing to just follow protocol to get the job done.

Brock: We originally kept session sizes to three or fewer people, and we established rules about how many people could share the control room at a time. We required masks by everyone, but we had some exceptions; for instance, an individual working in the live room or vocal booth could unmask while working alone. We definitely worked more socially distanced: We would track guitars first for some project, then bring in the drummer for that session, and then do the bass last. This actually led to some new creative directions we didn’t originally expect. It reminded me more of the older-style sessions of the ’90s and early 2000s, where you’re tracking to tape and the media is expensive and not very forgiving, so you work harder to get things sounding right while tracking — but with the limiting factor this time being time and personal interaction. In the last month or two, more and more people who come in are partially or fully vaccinated — including myself — so we have begun to offer a bit more flexibility when the artists have been vaccinated or are low risk. But we still enforce masks in the control room or in tight quarters.

What have you noticed other studios doing in the time of our pandemic? More restrictions? Less restrictions?
Ryan: During this past year, I’ve done a number of sessions at Chemical Street Studios in the Design District for Paul Slavens, as well as Levi Bryant Scribner. The protocols were pretty similar to ours, which meant mask-wearing all the time, and trying to do our best to maintain a social distance, as well as keeping the number of musicians and staff in the studio to its bare minimum. I’ve also been involved in filming sessions both at YAM Studio in Lake Highlands, and also this past week at Dan’s Silverleaf in Denton, which felt similar to a studio environment because it was just crew and staff all masked and doing their best to keep a distance. Everyone’s doing their best to be safe, but we’re obviously all pretty exhausted of the protocol. We understand the importance of it, but we are looking forward to getting back to some sort of normality.

Did the pandemic mean you guys were more busy or less busy at the studio? Did people delay finishing any records because of how bleak things got in 2020? Or did people have time on their hands to book sessions?
Ryan: I think the one really positive thing that’s come out of this weird year is that people felt the need to create. Luckily, Jerome and I have the space and the means to make those inspirations see a reality. In the past year, the studio seen Jackson Scribner, Doug Burr, Friend, Juno Uno, Crushed Stars, Bayleigh Cheek, Cryptolog and Motorcade all track here with Jerome at the helm and manning the board, and usually myself on drums or at least giving production advice on something. We feel really lucky to have this space and stand by everything we’ve put down. We’re looking forward to tracking more in the future. We’re about to track drums for a new Pleasant Grove single as well as Baptist Generals.

Brock: Overall, the studio has been more busy in terms of the total number of sessions — but with fewer people attending individual sessions. Originally in March 2020, right as the scope of the pandemic became clear, we were very cautious about having anyone in there. But we decided we could do it safely if we put some common sense rules in place and were able to get buy-in from all the artists in advance — just so no one was surprised. Most of what I’ve experienced is that people seem to be creating more and are needing an outlet to get it all out. It’s a strange time!