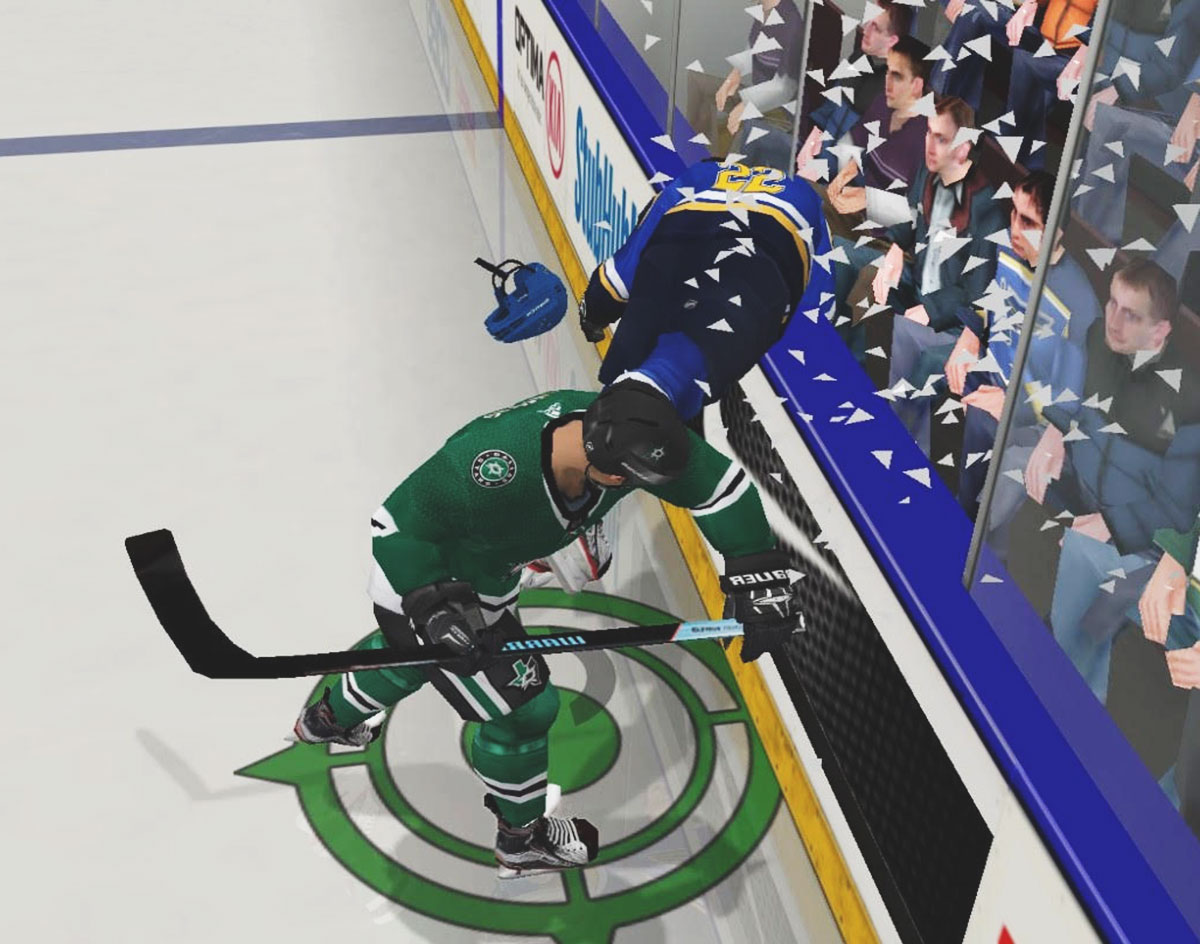 Your Dallas Stars Are Down Two Games To One In Their Second-Round Playoff Match-Up Against The St. Louis Blues — But There’s Still Fight Left In This Team.

Well, folks: Your Dallas Stars are back in familiar territory.

After dropping two of the first three games in their best-of-seven series against the St. Louis Blues, Tyler Seguin & The Bois are now looking to bounce back and duplicate the results of the Nashville series.

Unlike the previous round, however, Dallas hasn’t looked like the demonstrably better team. The St. Louis Blues’ commitment to shot blocking, neutral zone muck-ups and aggressive checking are giving Jim Montgomery’s defense first game plan a run for its money.

Worse, Dallas has struggled to maintain a consistent offensive zone presence and, aside from Game 2, have mostly been forced to be reactionary and opportunistic with the puck in order to generate goals (as beautiful as some of those lamp-lighters have been).

But cheer up buttercup!

We didn’t come all this friggin’ way just to be rolled up into a sad little sushi roll, did we? HECK NO! There will be no sadness here, no self-doubt or tears of pity. NOT TODAY!

Remembers: Your Dallas Stars are the one in Victory Green™ and, gosh darn it, they shall be victorious.

As for us? Well, heading into a crucial Game 4 on Wednesday night, we here at Forechecking™ refuse to stand here and wait. We’ll hold on to the wings of the eagles — watch as we all fly away!

That in mind, we want to highlight three ways in which Your Dallas Stars can right the ship and get this series back on track.

It’s time for some clap back, folks.

Remember That Dallas Starts With D.

The good news? The 2018-2019 Stars are no strangers to adversity, and they’ve proven themselves all year long to be capable of bouncing back from losses with conviction.

Also of note: Ben Bishop wasn’t especially bad in Game 3, even if he certainly wasn’t good enough to get the W. Still, we fully expect Bish to tighten things up in net as he tends to following sub-par outings. We noticed on two occasions in Game 3 that Bishop appeared to be wincing a bit after and during play. Whether that was legitimate or just some gamesmanship, we don’t know.

Here’s what we do know: Dallas will have to double it’s effort in front of its ace netminder if it want so even this series back up: The Blues’ top three defenders have combined for 16 blocked shots in this series, matching the same figures of the Stars’ entire team through three games. Leading Dallas in the shot block category? Alexander Radulov and Roope Hintz, each with three apiece. That’s not gonna cut it.

Neither is Esa Lindell’s acting, frankly.

Play Strong At All Strengths.

Dallas continues to win the battle of special teams, having notched two power-play goals to St. Louis’ one in the series — and even managing a rare shorthanded tally in Game 3, as well.

But even with the edge in power play opportunities, Dallas can’t seem to keep the puck in the the Blues’ zone. St. Louis managed 7:50 of offensive zone time in contrast to 4:36 for Dallas in last night’s game, and held a 21-17 edge in high-danger opportunities.

Worse, the Stars have been outscored 7-3 for the series when play is at even strength, and the team must find a way of generating better scoring chances on Blues netminder Jordan Binnington in those moments. Till now, Dallas’ top line hasn’t had much success setting up its trademark rotation behind the goal line. And the lack of momentum that Jamie Benn and Alexander Radulov have been able to generate with forearm shivers and reversals just trickles down the lineup, believe that.

There was no quit in the Stars last night. Miro Heiskanen set up Tyler Seguin with a perfect feed to give Dallas a chance late in Game 3. #GoStars | #StanleyCup pic.twitter.com/drgc3Gkscl

Be The Early Bird And Get The Worm.

St. Louis has yet to lose a road game this postseason. Meanwhile, the Stars have now fallen to .500 at the American Airlines Center in playoff play.

At home, it’s pretty clear that Dallas needs to push the tempo early at home and treat the opening frame as an opportunity to fully take advantage of crowd enthusiasm and favorable match-ups. The same is true of road contests.

Coach Montgomery has done a great job with on-the-fly personnel adjustments, but the frequent early game icings this team has been surrendering is sapping the energy from play and any rhythm out of a potential Roope-Hintz-on-Jay-Bouwmeester mismatch.

The Blues want to grind the game to a slow, methodical board battle, and allowing them to take an early lead just plays into their boa constrictor mentality. The Stars have to quit waiting to get scored on first to start skating. Light ’em up early, boys!

Can the Stars improve in these areas in Game 4? Can they outwork the talented and veteran-laden Blues to even the series at two games a piece? We’ll say this: When you have a hero like Miro Heiskanen on your side, anything is possible!

We’re sticking by our earlier forecasting: The Stars are gonna find a way to win in six.