Five Dallas Food Trends We Hope Will Continue In 2019. 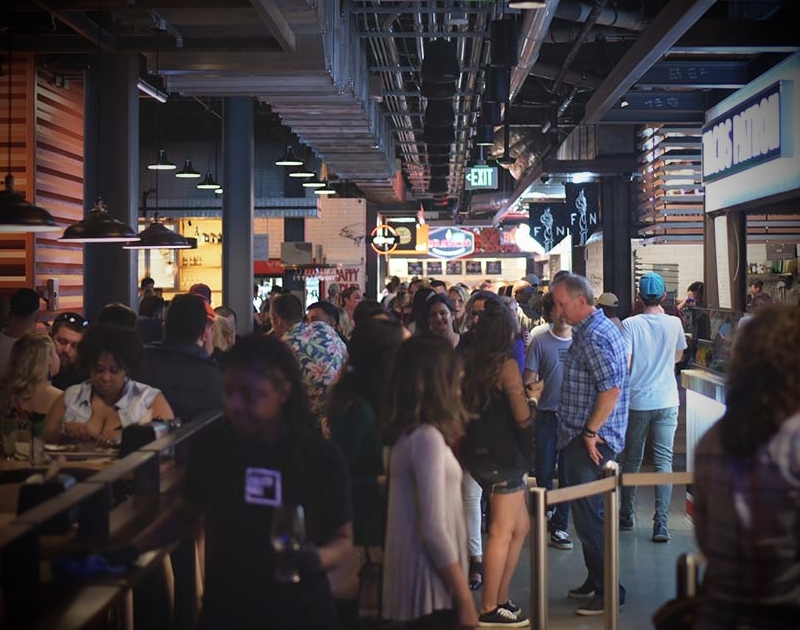 As Restaurants Concepts Come And Go, These Current Rising Food Trends Around Dallas Are Ones We Hope Continue To Surge Well Into 2019.

In 2018, our food exploits have brought us in contact with many interesting people who are doing lots of exciting things in the DFW food scene. We’ve also kept a diligent eye on what’s going on with the overall community in the entire Metroplex, reporting our findings on a weekly basis. And, just in general, we ate as many fucking dishes as possible.

SEE ALSO: WHERE WE ATE OUR MOST MEMORABLE MEALS OF 2018. // Year In Review: When We Look Back On What We Ate In And Around Dallas In 2018, These Are The 11 Meals That Really Stand Out.

Over the course of this work, we not only noticed a bunch of larger food trends in the area — the boom of the poké scene and the beginning of that bubble bursting, for example — but a whole bunch of more nuanced ones as well.

To that end, we submit the following five trends as ones we’d like to see not only keep going, but continue to trend upward in 2019.

It’s 2019, and it’s no longer solely up to the vegan and vegetarian restaurants out there to create dishes devoted to vegetables. And, no, a simple $17 cauliflower steak isn’t going to cut it anymore, either. I, for one, am glad to see vegetables starting to be glorified like the power foods they are. Take the moussaka at Overeasy at The Statler: There’s no meat in sight; it’s just a luscious, filling and intensely flavorful dish even a caveman could love. Or consider the garlic ginger shiitake bowl at Malibu Poke, which is both chef-composed and packed with flavor. In 2018, veggies officially stopped being relegated to side dishes in Dallas. In 2019, we hope to see more of the same.

Not being afraid of carbs, gluten or, especially, fat.

Few restaurants so fiercely stand up to the trend of gluten intolerance as Zoli’s up in Addison, which boasts a permanent neon installation that bravely poses the question, “Y U no eat gluten?” and boasts signage above the ovens that similarly chastises the carb-averse. Now, we’re not saying every restaurant should be that tough on these diet trends. But we are saying you don’t have to go trend-hopping when a middle-ground exists. Consider Smithy on Henderson Avenue, which caters to the lower-carb, healthy fat community, but is unafraid of (and sometimes even embraces) fat, butter and oil in its recipes. So long as these things are consumed in healthy balance, they’re not going to kill you. Here’s to more restaurants understanding and contributing smartly — without bending over backwards to the point of compromising taste — to our deliciously satisfying lifestyles in 2019.

We all know that surviving the restaurant industry is an incredibly difficult task — and how, in turn, it can be so easy to put down, wish ill upon or simply ignore the competition. But then, all throughout 2018, we saw shops like Sandwich Hag, Val’s Cheesecakes and Dude, Sweet Chocolate (among many others) go the opposite route and choose to lift each other up by collaborating on pop-ups and just visibly enjoying each others’ food. More of this in 2019, please. If only for the example it sets for others!

The Pan-Asian restaurant trend that hit Dallas hard at the start of 2018 may be flaming out somewhat a year later, but the influx and/or rise in popularity of Vietnamese, Japanese, Laotian, Korean, Indian and even some Nepalese, Afghani and Cambodian restaurants in the last year was a very heartening thing indeed — and something we hope maintains throughout 2019. That’s because we remain very much here for the 2018 rises of such spots around the region as Khao Noodle Shop, Tasty House and Little Kaiping — and, if only selfishly for our own taste buds, we’d like to see more of them succeeding. If you find yourself in the same boat, may we suggest a tip? Next time you’re about to head out to your fave meat-and-potatoes joint, swap it out in favor of something a little more flavorful and maybe even foreign to you. We bet you’ll discover a new favorite to add to your rotation.

A bigger focus on aesthetics.

No, we don’t mean Instagram selfie traps, although there are certainly more than a few of those that have popped up around town in recent months. We mean restaurant proprietors working hand in hand with designers to take into account the ways in which natural light, materials, ceramics, utensils, atmosphere and surroundings affect the entire dining experience. For example? Several living walls at brand new San Martin surround diners eating at this Uptown bakery, as does tons of light streaming through its tremendous, greenhouse-like windows. On the more gilded end of the spectrum, Bullion is thematic in its beauty, blending old-world classic French cuisine with an almost futuristic style. The experience of dining in an aesthetically pleasing restaurant can have as much of an effect on diners as what the food itself looks like. As we all have heard, we eat with our eyes first. We doubt that will suddenly change in 2019, either.