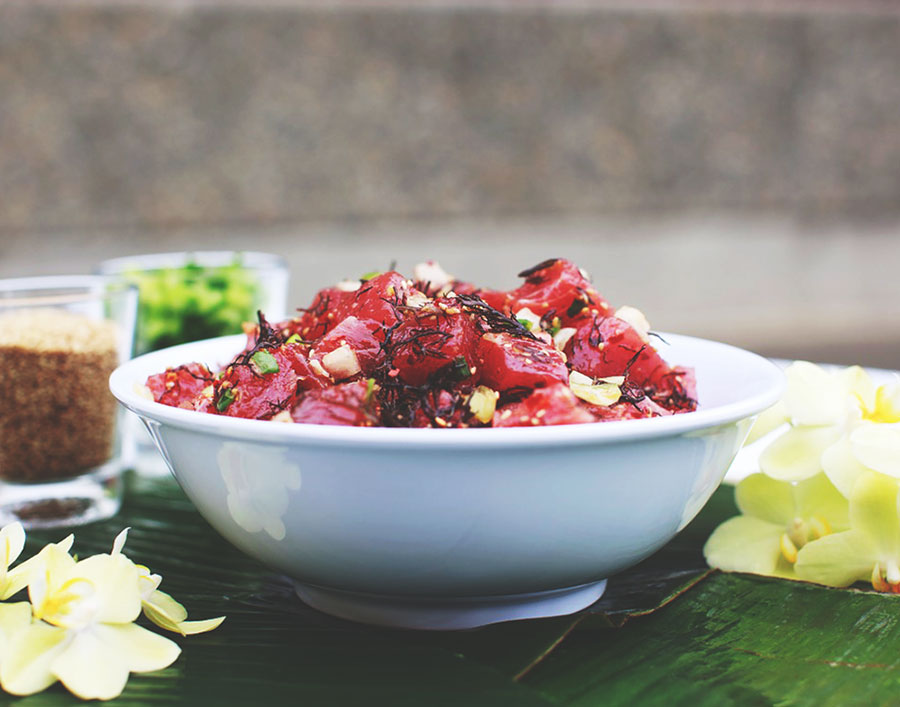 The Poke Bubble Is Bursting, A Deep Ellum Shop Hopes You #JustEatTheFuckingCookie, Legacy Hall Gets A Spot Dedicated To French Dip Sandwiches & More.

Leave it to the food hall trend to bring us yet another restaurant that we didn’t know we needed.

That’s right: A new concept focusing on the classic french dip sandwich plans to join the ever-expansive lineup at Legacy Hall when Chez Dip opens its doors to the public on Monday, December 17. The restaurant is the brainchild of Crossroads Diner chef Tom Fleming, and it will serve signature hot sandwiches made with daily-roasted Black Angus beef and turkey, per the official release announcing the spot. Sandwiches will be available in six-inch “petit” or eight-inch “grand” baguettes, and you can get yours with a selection of house-made sides. Its operating hours will be Sundays through Wednesdays from 11 a.m. to 10 p.m., and Thursdays through Saturdays from 11 a.m. to 11 p.m.

Speaking of sandwiches: East Hampton Sandwich Co. is ringing in the holidays with a new limited-time offering. Its Holiday Turkey option is made with roasted turkey breast, cinnamon-spiced black cherry chutney, fried razor onions, spinach, cranberry cream cheese and a garlic sage aioli. The sandwich is available now at all of East Hampton’s many delicious locations throughout the Metroplex.

Honing in on location, though, is former Cedars Social chef Anastacia Quiñones, who has resurfaced as the executive chef at José. Located at 4931 West Lovers Lane, the restaurant specializes in Guadalajaran-inspired dishes, which is a fitting new home for the champion of modern Mexican cuisine. There, Quiñones will oversee menu development and the revamping of some popular favorites.

Another spot getting an update is the Deep Ellum ramen up Tanoshii, which has a promising new ownership team set to take over the reigns of the Commerce Street location early next year. The new owners are formerly of the New York City ramen shop Ippudo, and they eventually plan to re-brand the spot as Ichigoh Ramen Lounge. But with their chosen construction crew not available to update the space until 2019, they’re operating as a pop-up within Tanoshii’s own digs for the time being. They’re only serving four types of ramen for now, but Dallas Morning News dining critic Michalene Busico thinks the aged, thicker noodles being slung here now are a major upgrade.

Staying on the ramen tip, Lewisville is getting a new ramen joint of its own at the Castle Hills Village Shop. Called Ramen Izakaya Akira, this spot features both chicken- and tonkotsu-style ramens, alongside other Japanese specialities. The restaurant also joins The Grind Burger & Tap Room as the latest additions to that shopping center’s new and improved dining options.

Meanwhile, it seems the area’s ongoing fascination with poke might be waning given the unexpected closure of Mamasan Poke. The Fitzhugh Avenue venture quietly shuttered its doors after only five months on the scene, and not much is known about the reasons behind the closure. Maybe everyone’s just eating hand rolls instead?

In far sweeter news, Deep Ellum is now home to a very aptly named new business called Cookie Shop. In addition to classic cookie recipes with attention-grabbing names (like a white chocolate and macadamia nut cookie called “The HP Mom”), they’re also serving milk on tap. But while their business model may feel like a bit of a throwback, their marketing — centered around their #justeatthefuckingcookie hashtag campaign — feels significantly more modern. Also? The shop is open late on weekends for night owls with a sweet tooth. Catch your fix from 11 a.m. to 2 a.m. on Fridays and Saturdays, and from 11 a.m. to 9 p.m. on Sundays, Tuesdays and Wednesdays. On Thursdays, you can catch them from 11 a.m. to midnight.

Meanwhile, Bud Light ad campaigns be damned, Metroplex mead lovers can rejoice in the fact that the area is now welcoming its first meadery into its alcohol-brewing fold. Called Breaking Brew Meadery and located at 14438 Midway Road in Farmers Branch, the company proudly proclaims itself the only mead producer in North Texas. Not familiar with mead? It’s one of the oldest alcoholic beverages in the world, a drink made from fermented honey and available in a number of different varieties. Though similar to cider and beer, it’s gluten-free, which makes it a great alternative for those with gluten aversions. Currently, Breaking Brew’s meads are only available in its taproom, but they eventually plan to add growler, can and bottle take-home options. Operating hours are 4 to 9 p.m. most weekdays, 1 to 9 p.m. on Fridays, and 1 to 6 p.m. on weekends.

Also rocking the suburbs on the beer front? 3 Nations Brewing, which is set to hit downtown Carrollton by expanding from its Farmers Branch production space. The 1010 5th Avenue location will be in proximity to the DART line and the growing downtown area, so expect a gaggle of taproom and tour opportunities to come when the operation opens, with spring 2019 as its current target.