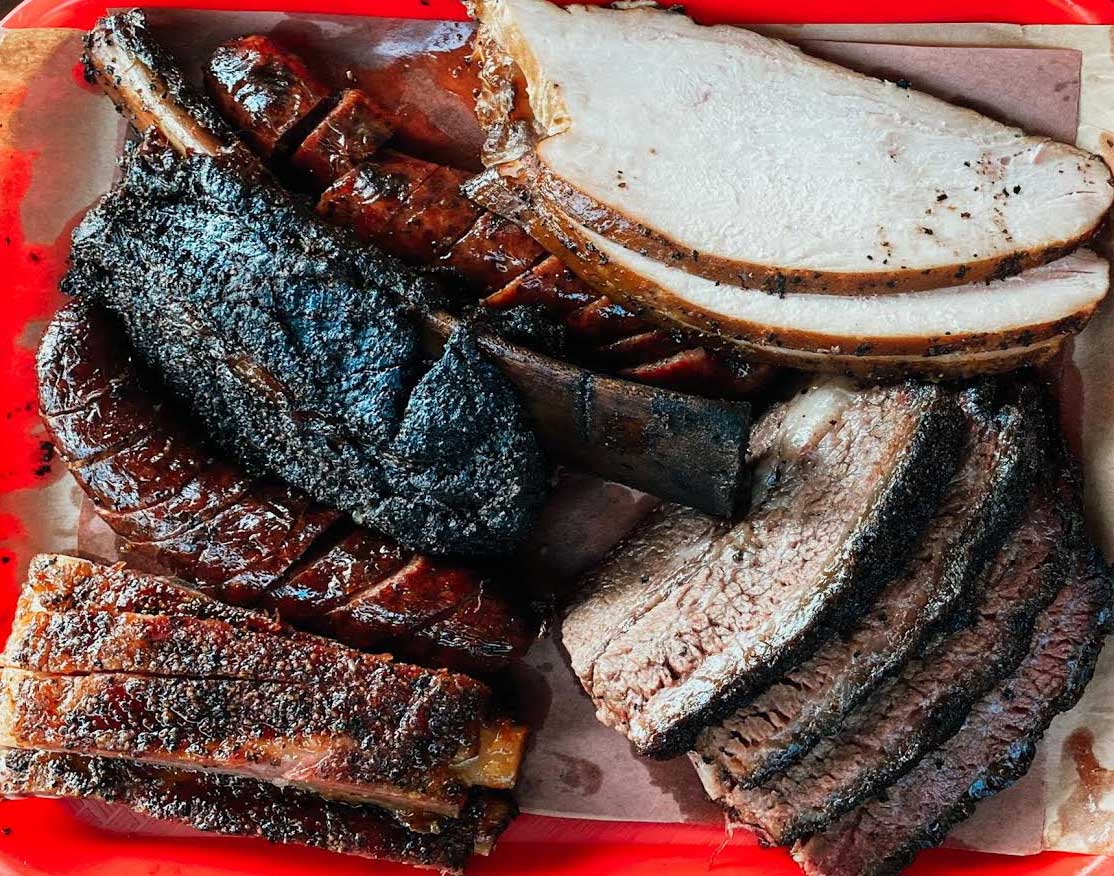 Where There’s Smoke, There’s Absolute Fire: The Famous Central Texas Barbecue Spot Has Set Up Shop In A Colossal Space In Deep Ellum.

Smell that? It might be the scent of the lines dying down for a bit at Pecan Lodge.

Yes, folks, there’s a new pit in town. Well, actually, there are six.

Terry Black’s Barbecue, which you might recognize as an Austin barbecue joint, is now open with 11,000 square feet of smoked meat, full bar and beer garden on Main Street in Deep Ellum. The outpost is open for lunch and dinner seven days a week — and yes, there’s free parking. 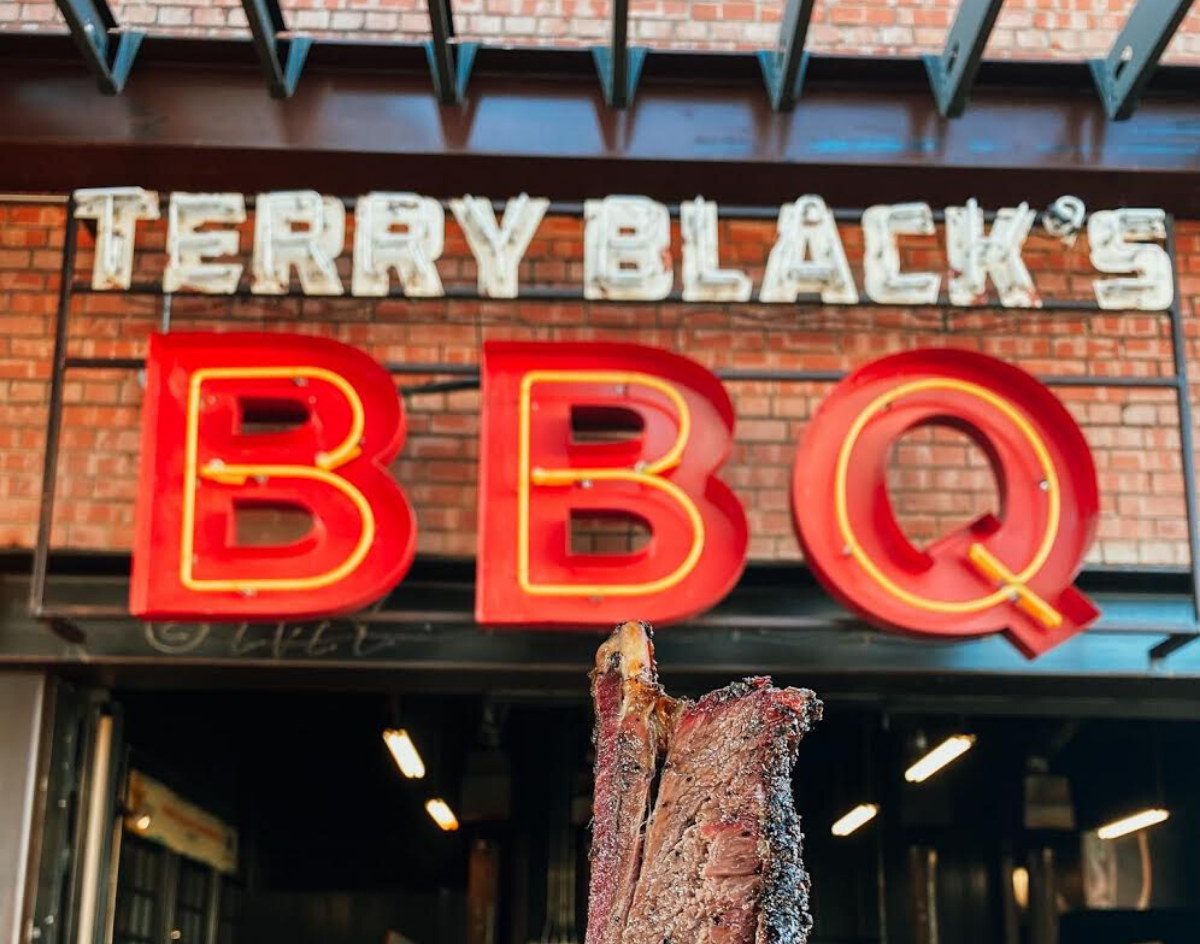 Here’s the backstory: Terry Black was born and raised in Lockhart, Texas — yup, that Lockhart — where he acquired multi-generational “barbecue knowledge.” This knowledge was what ultimately led to the creation of Terry Black’s Barbecue – an indoor/outdoor barbecue oasis in Austin, until now. Terry later passed on all that rich, meaty knowledge to his twin sons Mark and Mike Black, who combined that post oak-smoked, old-school-style pit-mastering with a few new tricks (and a full bar) to create the formula for the monstrous new Dallas location.

After some public back-and-forth over their acquisition of the spot that once house the Dallas Comedy House, Terry Black’s Deep Ellum spot finally opened up in late November — and it’s already bustling along with the neighborhood. 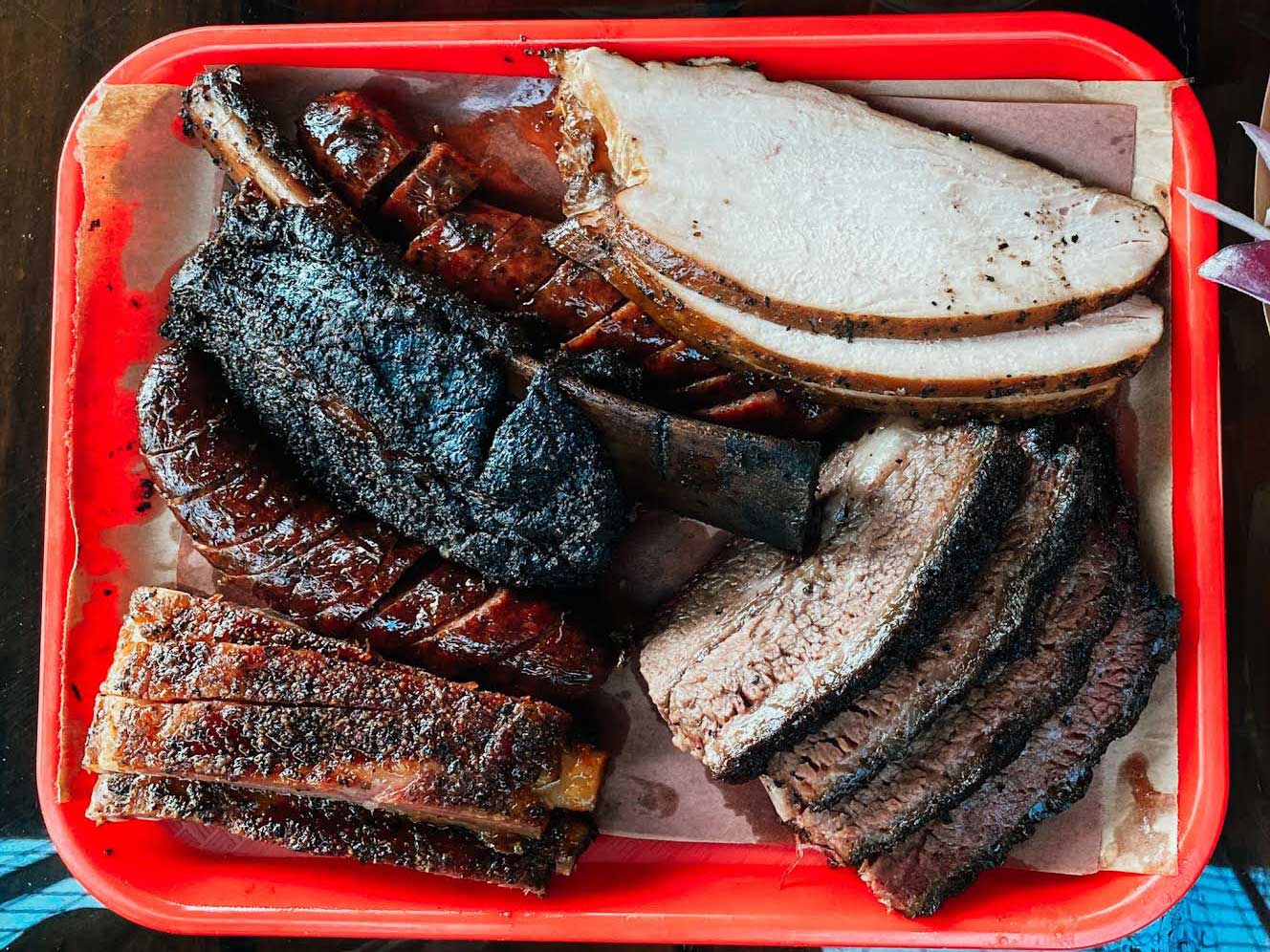 According to the team at Terry Black’s, they aim to bring a “quintessential Texas barbecue experience” to Deep Ellum with this second, larger, more liquored-up location in their portfolio. With two private rooms, a main dining room that seats 160 and room for another 100 on the patio, the Blacks are clearly betting on lots of barbecue-loving mouths to feed in North Texas.

With the six gigantic smokers on display adjacent to the dining room, pit tours are a big draw as well. A quick run-down of the smoked meat process accompanies much ooh-ing and ahh-ing over huge racks of beef ribs and massive hunks of brisket.

Meat isn’t the only thing in excess here, either. Barbecue merch is abounds at Terry Black’s — aggressively so.  They sell tees, sauces, hats, baby bibs and more right there in line before you even get to the food. Also on the way to the food? Alcohol. Well, wine and beer, to be exact. Grab a can of beer or a whole bottle of wine, the latter of which were specifically curated to pair well with smoky meats and sides. 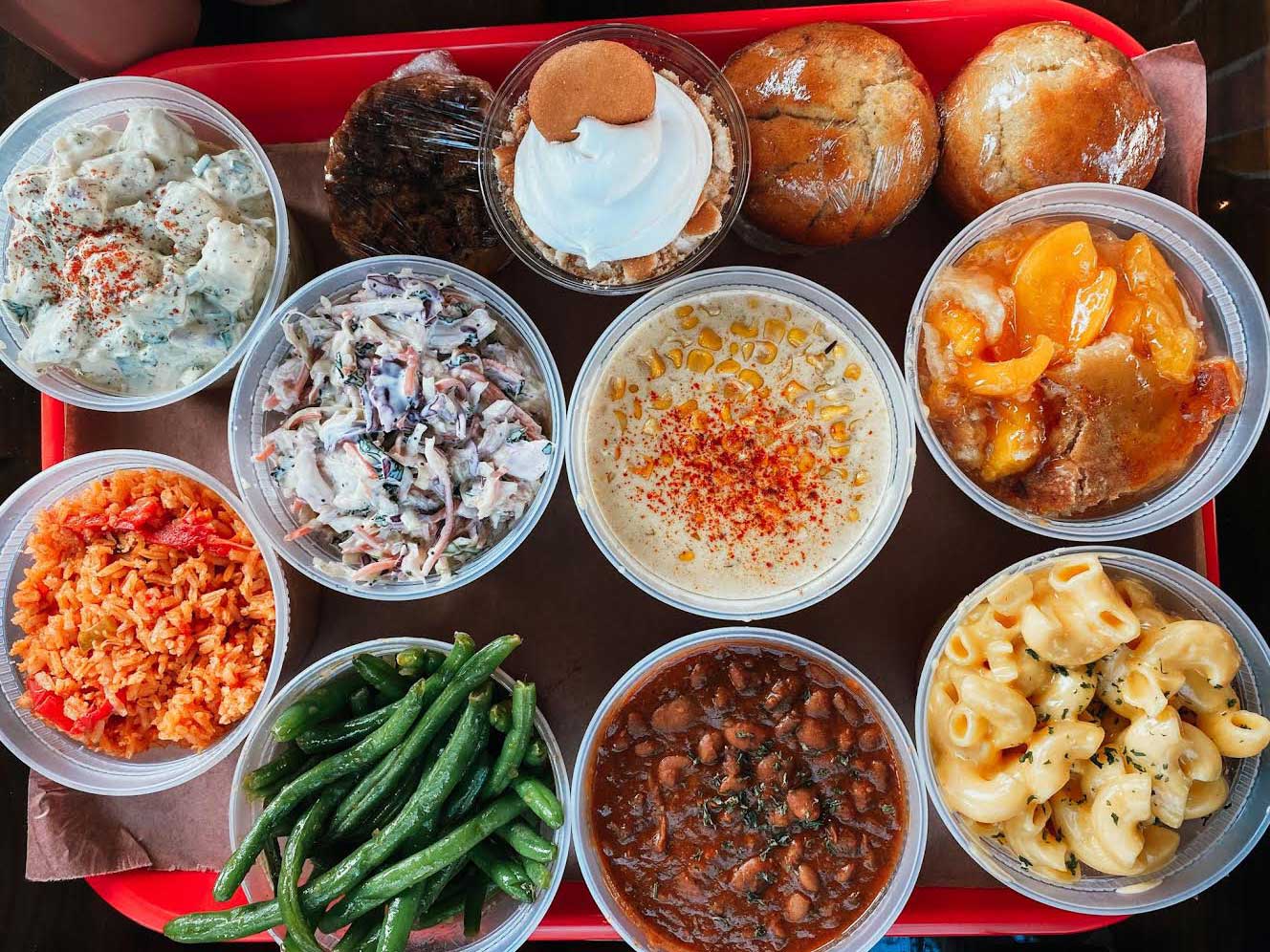 Once you arrive at the sides section, you can choose from more typical barbecue joint sides like mac and cheese, coleslaw and potato salad, or less traditional options like Mexican rice and a poblano-studded creamed corn. There are seven sides total, and all are designated dairy-free, gluten-free, vegetarian or a combination of such.

Round the corner, and you’ll see several carving stations — made to to expedite the process — where brisket, beef ribs, turkey, pork ribs, chopped beef and sausages are doled out by the pound, on sandwiches or combos, or as part of a family pack, feeding 5 to 12 people for $95 to $190.

Calling itself a market-style barbecue restaurant, Terry Black’s also offers frozen whole briskets and pre-cooked cold sausage for $17 and $10 per pound, respectively. Add that to your family get-togethers, why don’t you?

If there’s room. If not, there are plenty of to-go containers for those leftovers. Trust us: You’ll need them.