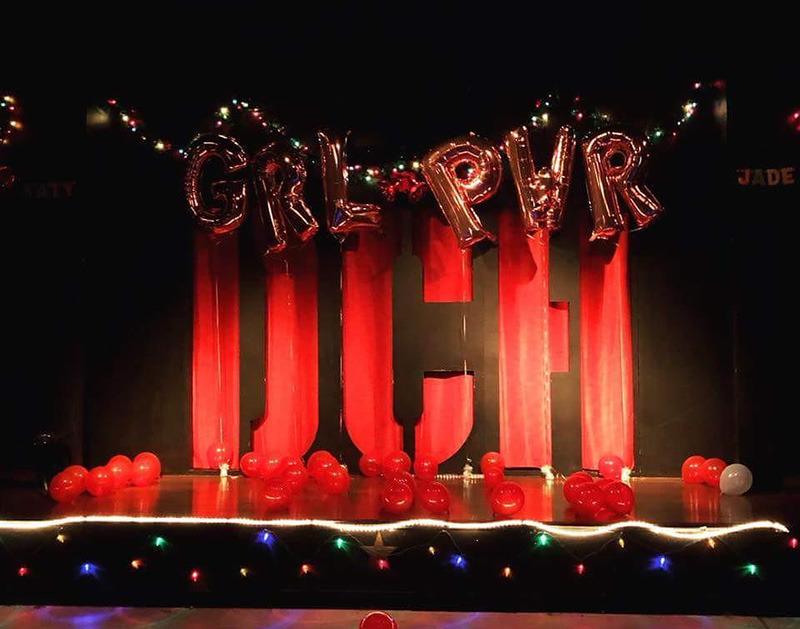 Here’s the set-up: The Austin-based Black Market Investments is trying to carve out a spot in Deep Ellum to bring a new barbecue restaurant to market.

And here’s the sour punchline: BMI is doing so at the expense of the Dallas Comedy House.

On Thursday, April 12, Austin posted a Facebook update detailing her back-and-forth with her new landlords — a relationship that she says began with BMI providing DCH a letter claiming a lease default and a termination of tenancy notice.

But Austin says that any claims about DCH violating any tenets of its lease agreement are unfounded. Furthermore, she says that the only reason she’s gone public with this information now is because BMI’s purchase of the building is finally publicly available information.

“I’ve had better weeks,” Austin says when reached by the phone on Monday afternoon. “But honestly, it does feel kind of like a weight off my shoulders to tell people about this situation we’ve been dealing with for several months.”

That situation all boils down to this: BMI, which owns Terry Black’s Barbecue in Austin, wants to open another outpost of that restaurant in the current home of DCH. But until DCH owner Amanda Austin and her crew vacate the premises, they cannot do so.

DCH owner Austin says the paperwork BMI provided her that falsely accused her business of violations also stated that her business was to leave its building by Monday, April 16. Since she believes that her business is not in violation of its agreement, Austin says that DCH plans to keep on operating, going ahead with business as usual until further notice. At the time of this writing, all shows at the venue — including Tuesday night’s Get This Story Jam , Improv Jam and Comedy Open Mic events — are still a go.

Though uncertain of exactly what may come next, Austin says that DCH is preparing itself for the worst. In late March, Austin notes, her comedy club very coincidentally received a unannounced visit from the Fire Marshall right smack dab in the middle of the ninth annual Dallas Comedy Festival.

The inspection resulted in some code violations that the Fire Marshall did not deem serious enough to shut DCH down, though Austin says a re-inspection two weeks later showed DCH had corrected those violations.

For its part, BMI posted the following statement about the matter on the Terry Black’s Barbecue Facebook page:

Writes BMI ownership in that statement: “Ms. Austin’s assertion that her introduction to us was a default letter could not be further from the truth. We went above and beyond to notify her of numerous issues and gave her over two months to resolve these issues.”

BMI also says in its statement that it possesses further evidence refuting Austin’s claims, although it is currently choosing not to releases that information at the behest of Austin and her attorney.

While saying that she doesn’t want to get into a war of words, Austin simply asks that BMI re-read her statements.

“I still believe that, in the end, we can come to an agreement that works for everybody,” Austin says. “I’ve always felt that.”

Should she turn out to be wrong, Austin says she’s hopeful that the Dallas comedy community‘s support will carry DCH to its next home, wherever that may be.

“I’m still feeling overwhelmed by all the support, and it still hasn’t sunk in,” Austin says. “It’s reassuring to me that we’re going to keep doing what we do. It may not be here [in Deep Ellum] that we’ll keep doing it, but we know we’ll always have this much support.”