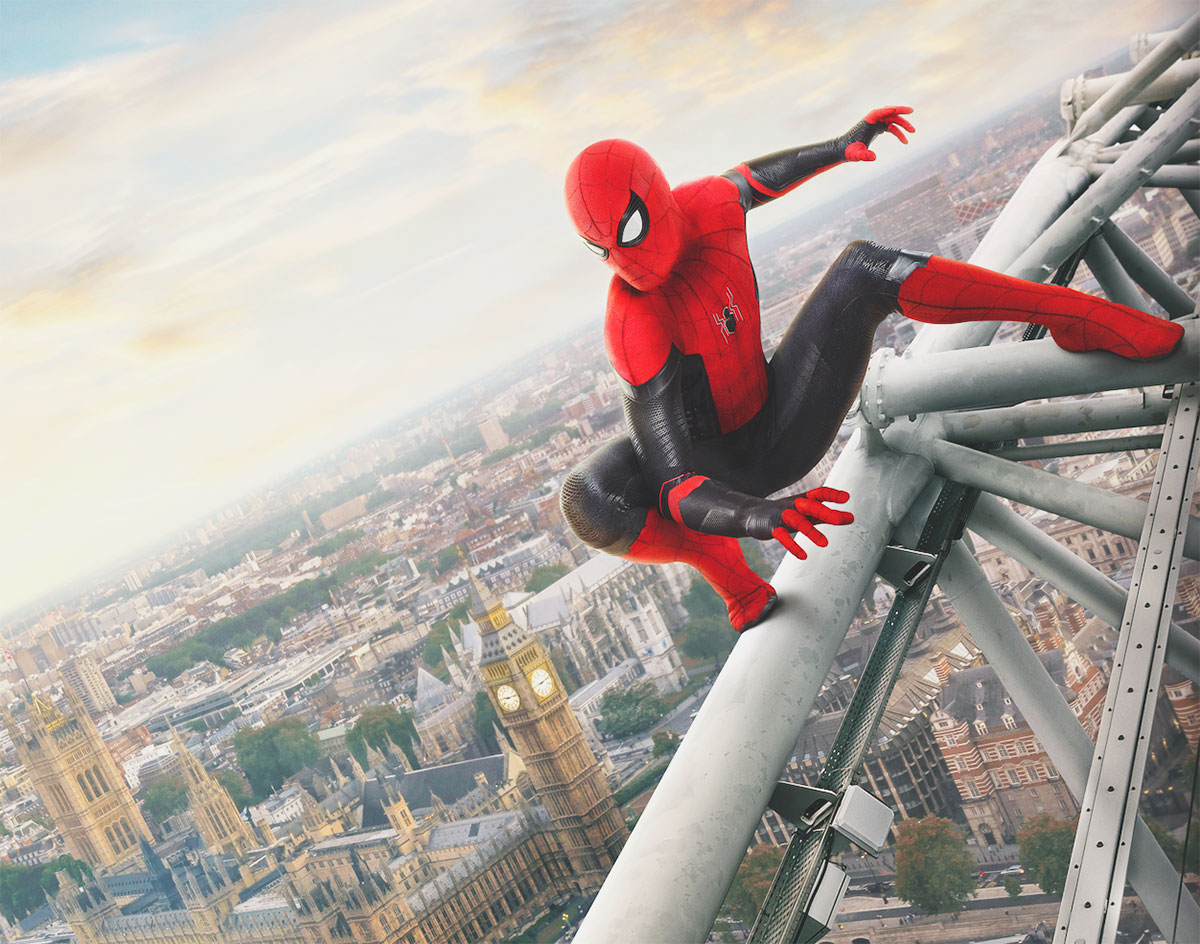 Spider-Man: Far From Home Is A Mostly Just-OK Movie Whose Charming Cast Lifts It Up To New Heights. So, No, It’s Not Quite On Into The Spider-Verse‘s Level.

*This review will contain spoilers for Avengers: Endgame and the MCU up to this point. Consider yourselves warned.*

Considering how his actions have caused literal catastrophes, endangered his colleagues and found him singlehandedly determining what’s best for 50 percent of the universe, the MCU sure goes out of its way to treat Tony Stark like a god, huh?

That remains the case in Spider-Man: Far From Home, where the ghost of Tony looms large both in terms of plot and theme. That’s because, for better or worse, Far From Home is essentially just a re-make of its Spider-Man story line predecessor, Homecoming. Yes, again, this one features a big school trip culminates a big disaster involving Peter Parker (Tom Holland) and his classmates — and, once more, it features a villain obsessed with Stark technology.

To what should we credit this? Lazy writing? The filmmakers understanding what works and sticking to it?

The answer lies somewhere in between.

Taking place about four months since “The Blip” — that’s the cutesy name now given to the return of those who were once snapped away by Thanos — we find Peter Parker (Tom Holland), his school and his hometown of Queens dealing with the horrible effects of half of the universe’s population returning to life five years after they disappeared.

Unfortunately, this doesn’t mean more looks at the world in the wake of Endgame or any real insight into Peter’s feelings about dying and coming back to life. Instead, the serious and darker stuff is passed over to focus on Peter and his classmates going to a summer trip to Europe, where Peter hopes to profess his feelings to longtime crush MJ in a very grand manner and also to just take a break from the superhero thing for a few days. Of course, it just so happens that monsters based on the elements — wind, earth, water and fire — have started attacking the world. And thanks to a Nick Fury (Samuel L. Jackson) and newcomer Quentin Becker/Mysterio (Jake Gyllenhaal), Peter gets roped into saving the world once again.

Far From Home is at its best when it’s dealing with Peter and his conflicting feelings around being a superhero — a sentiment that’s somewhat at odds with the whole “With great power comes great responsibility” thing. Hey, sometimes responsibility is less important than a chill summer spent flirting with your crush! That’s what excited fans about Tom Holland’s initial casting as Spider-Man, and Far From Home indeed is this series’ closest yet attempt at fulfilling any hopes for a sort of John Hughes-filtered Spidey tale. Supporting players Zendaya and Jacob Batalon do well in their expanded roles this time around as MJ and Neal, respectively. Neal’s story in particular is a fun recurring gag, while Zendaya’s quiet charm steals every scene she’s in.

Alas, since this is a superhero movie, Peter still has to fight CG monsters in the form of Elementals terrorizing Europe. Convenient for him, these attacks seem to exclusively take place in whichever city Peter’s class is in at any given moment. Less convenient for audiences, these scenes feel somewhat little like going through the motions, and also look kind of cheap.

Good thing, then, that Jake Gyllenhaal is around to carry some of the load. He’s awesome as Quentin, a Blip-displaced man from another dimension whose home reality was destroyed by the Elementals. Stepping into the Iron Man/Tony Stark mentor role in both Peter and the world’s heart thanks to his awesome flying suit and powers, Gyllenhall is able to channel Nightcrawler film character Louis Bloom in some surprising ways here.

Without these players, Far From Home would read as a mostly shallow effort that only tries to appear deep thanks to its discussion of what the world needs. But with With Gyllenhall joining the fold, Far From Home‘s charming cast is able to lift this otherwise mostly just OK movie to rather enjoyable heights.

No, it never quite hits on the emotional level that last year’s animated — and excellent — Into The Spider Verse was able to, but it’s still a pretty fun ride.

Here’s hoping it’s the last Spider-Man movie to bring Tony Stark along for its journey, though. Because, at this point, the ghost of Iron Man is definitely holding back a great version of this beloved character back.