[Film Review] The Sun Doesn’t Quite Shine On Midsommar. 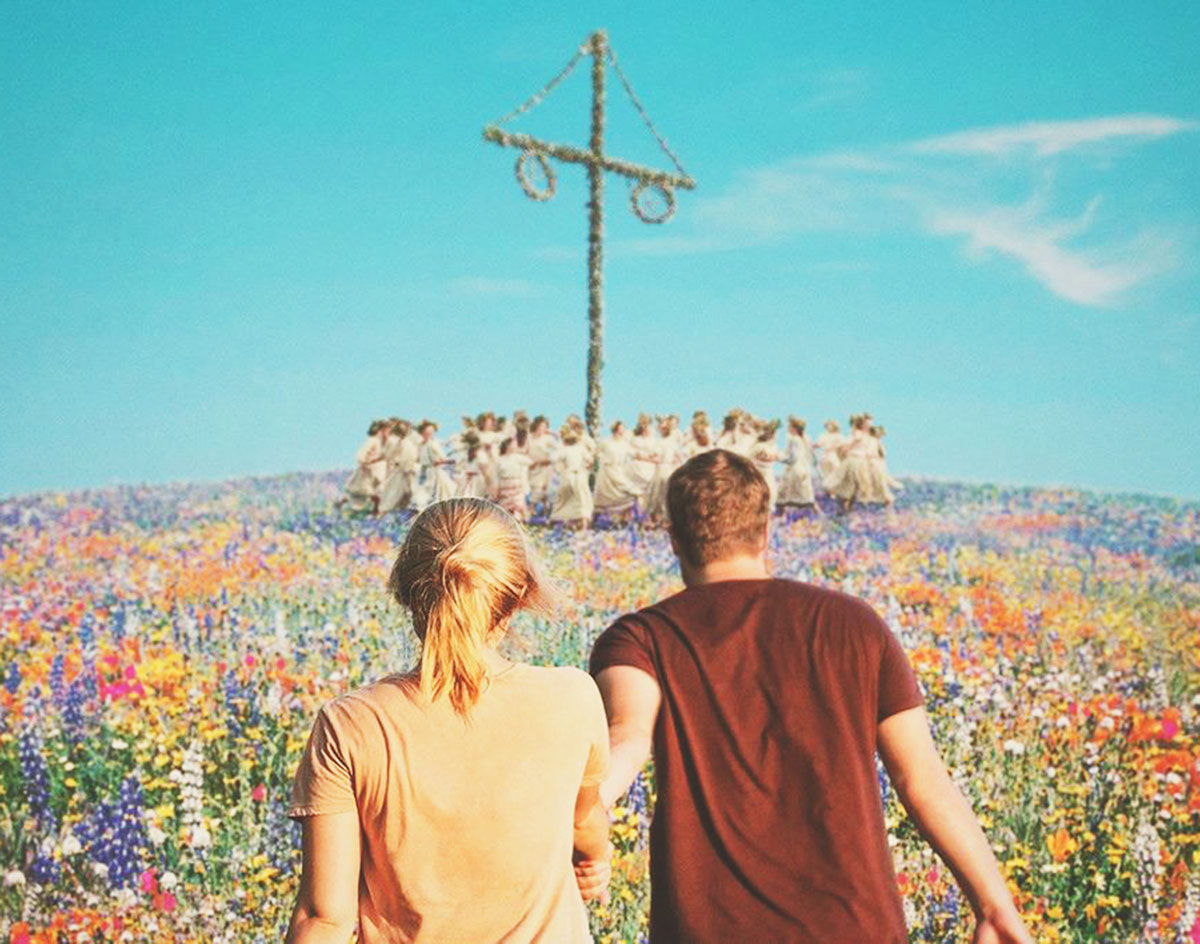 Ari Aster’s Midsommar Has All The Makings Of A Mold-Breaking Horror Classic. But, Rather Unfortunately, It Lacks The Focus To Stick Its Landing.

Director Ari Aster struck gold last year with his debut feature, Hereditary. Who knew that a dysfunctional family could be so terrifying?!?!

So, yeah, expectations have been high for the release of his second film, Midsommar. Could he capture lightning in a bottle twice?

Unfortunately, no, not quite.

Midsommar has an interesting premise, for sure. It begins in the wake of Dani (Florence Pugh) experiencing an unimaginable tragedy in her life. Her only support is her wishy-washy boyfriend, Christian (Jack Reynor), who is just going through the motions of a relationship at this point. As a sort of Hail Mary meant to right all that’s wrong in their lives, Dani decides to tag along with Christian and his friends on a planned trip to Sweden, where they hope experience a special solstice festival held in the hometown village of their friend, Pelle (Vilhelm Blomgren). But, as the group quickly learns, Pelle’s village festival is like none they’ve ever seen before.

As a director, Aster seems to relish in his characters’ miseries. In Hereditary, we followed Toni Collette as her character dealt with mental illness and family tragedy, getting to see the toll that toiling with these demons had on her family. In Midsommar, we follow Dani as she tries to deal with her own shattered life.

But Midsommar mostly just wallows and meanders around. It never fully commits to a theme.

Is Dani dealing with grief of her family? Does she really want to be with Christian? Does Dani have any other friends she can lean on for support? Dani is never really fully fleshed out as a character. She cries a lot because of her past, and she knows something is up with her relationship with Christian, but the film never lets her deal with these issues in a satisfying way. And when she makes a very specific decision late in the film, there’s no real payoff to her choices.

Credit where it’s due: There are some clever ideas swimming around in the film; Aster just never fully commits to any of them, is all.

At first, the audience thinks this might be a film about a girl trying to find where she fits into the world — or maybe a young couple figuring out if they should really be together. Perhaps it’s about finding who your true family is? No, maybe its message is about learning not to judge other cultures just because they’re different? Focusing in on any one of these ideas would’ve given this film a clearer path. Instead, it toys with all of these, and never sticks the landing on any of them.

At a run time of 2 hours and 40 minutes, that’s a pretty frustrating thing. In turn, chunks of the film indeed bore.

On the positive side, though, the film is both unsettling and gorgeous. Aster sure has an eye for the use of colors and patterns. The festival-hosting village’s buildings and people are all dressed in whites, florals and soft lines. When our group takes drugs, the scenery seems to pulse and move. Some of Aster’s more disturbing Midsommar visuals will definitely camp out in your mind for days. Alas, these individual positives do not on their own define a solid film.

There’s no doubt that Aster has a bright future in filmmaking. But Midsommar, which has all the makings of a a mold-breaking horror film, never lives up to its potential. Instead, it mostly mires in tedium.