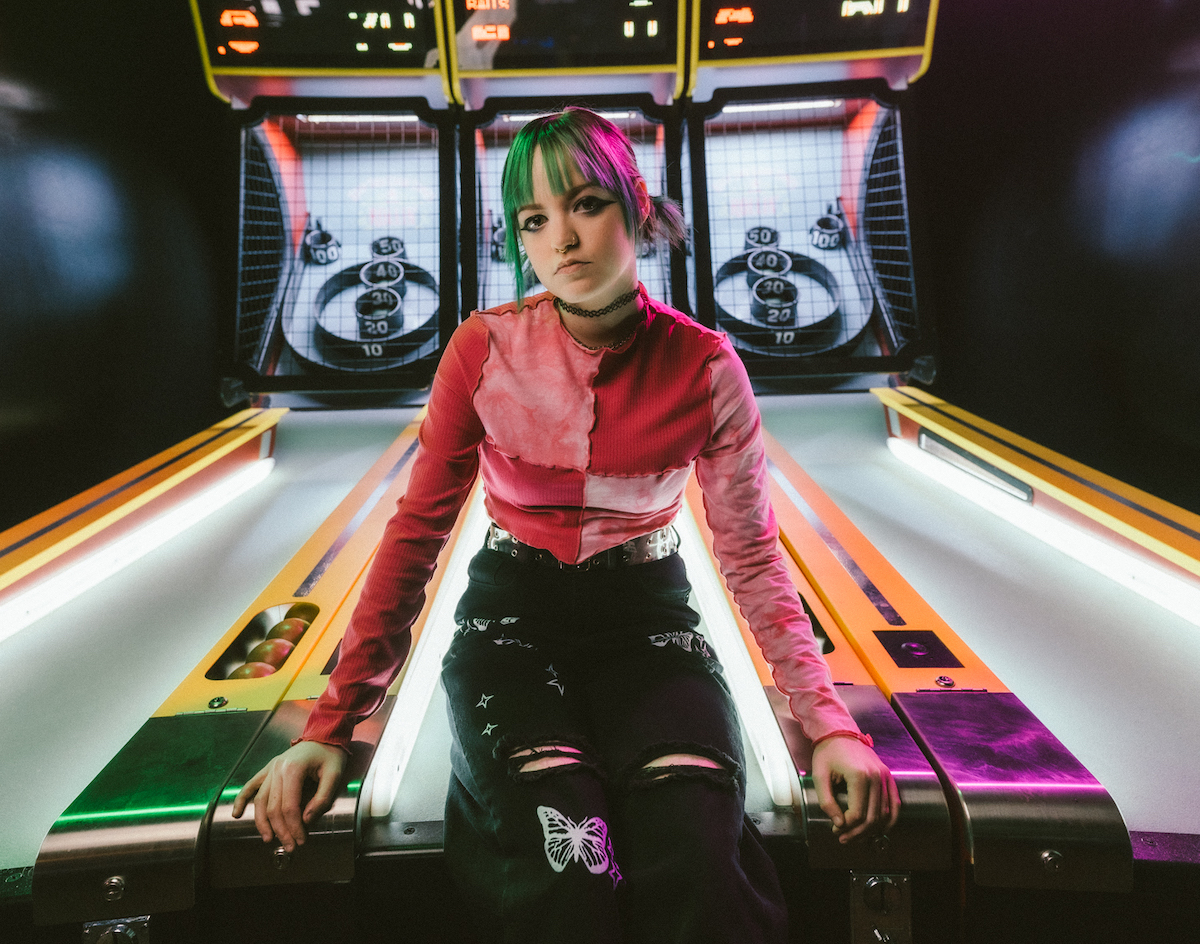 Penny Bored – “Conversations”
RIYL: girly pop-punk babes
What else you should know: It wasn’t too long ago that Penny Bored first impressed us with their nostalgic, early 2000s MySpace songs. Like a flash from the past, Penny Bored’s new song is another reminiscent track of adolescence and emo angst but just further down the timeline.

Their new song “Conversations,” which we are exclusively premiering today, is less Avril Lavigne and more Paramore’s Hayley Williams. It only makes us more excited for Penny Bored’s new era  — that we know already has them booked for big stages like So What?! Music Festival later this year. We, as they say, love to see it.

Penny Bored, the alternative pop project by Faith Alesia, ditches the cute, emo tunes for heavier, distorted electric guitars and powerful drum beats in “Conversations.” It’s a real head-banging and mosh pit kind of track — the one’s you did by yourself in your room in preparation for Warped Tour back in the day. Hey, we’re not judging. We did it too.

What Penny Bored doesn’t let go of is its crafted song lyrics and themes. Alesia stays true to wanting to be as transparent as they can about mental health and personal struggles — common themes in the emo/pop-punk genre.

“‘Conversations’ was inspired by the motions of social anxiety,” Alesia says. “I constantly catch myself practicing how I will face confrontation or even day-to-day small talk.”

In the music video, scenes show Alesia surrounded by people at a skate park scared to, as the lyrics go, burden them with the thought inside their brain. Even though this track is personal to Alesia, social anxiety is a common feeling and Penny Bored wants to reach out to those who feel the same — and even offer some advice.

“We can’t script out a perfect dialogue to follow, and often there will always be thoughts that aren’t shared with the world in the way we anticipated whether it’s caused by interruption, lack of communication, or insecurities,” Alesia says. “Later in the song, I discuss the importance of taking the time to focus on ourselves to make the decisions we are happy with.”

This is definitely the kind of song that will have you revisiting your fave 2008 pop-punk bands all day. What’s better than that? Seeing Penny Bored perform live for a true pop-punk experience.