So What?! Music Festival Lineup Announced.

The Texas Emo/Punk Festival Returns To DFW With A Lineup That Includes Some Of The Biggest Metal And Hip-Hop Acts Of Their Time.

Not only are some of the best “big name” and popular emo/pop-punk, metal/hardcore and rap/hip-hop acts across the country coming to Arlington, but they will also share stages with local bands. Third String had been announcing additional acts joining the festival after the first lineup drop, but now it’s put them all together — separated by days and color-coded by genre.

However, it’s still not the complete lineup as the flyer still has “Special Guest” slots. It’s just the last major announcement.

Major? Yes, definitely. This is by far the biggest So What?! Festival lineup ever.

Just see for yourself. Take notice of the Dallas acts, including Crown The Empire, Polyphia, The Rocket Summer, 1ok.Caash, A-Wall, Lil Lotus, Penny Bored, UnityTX and The Crown. 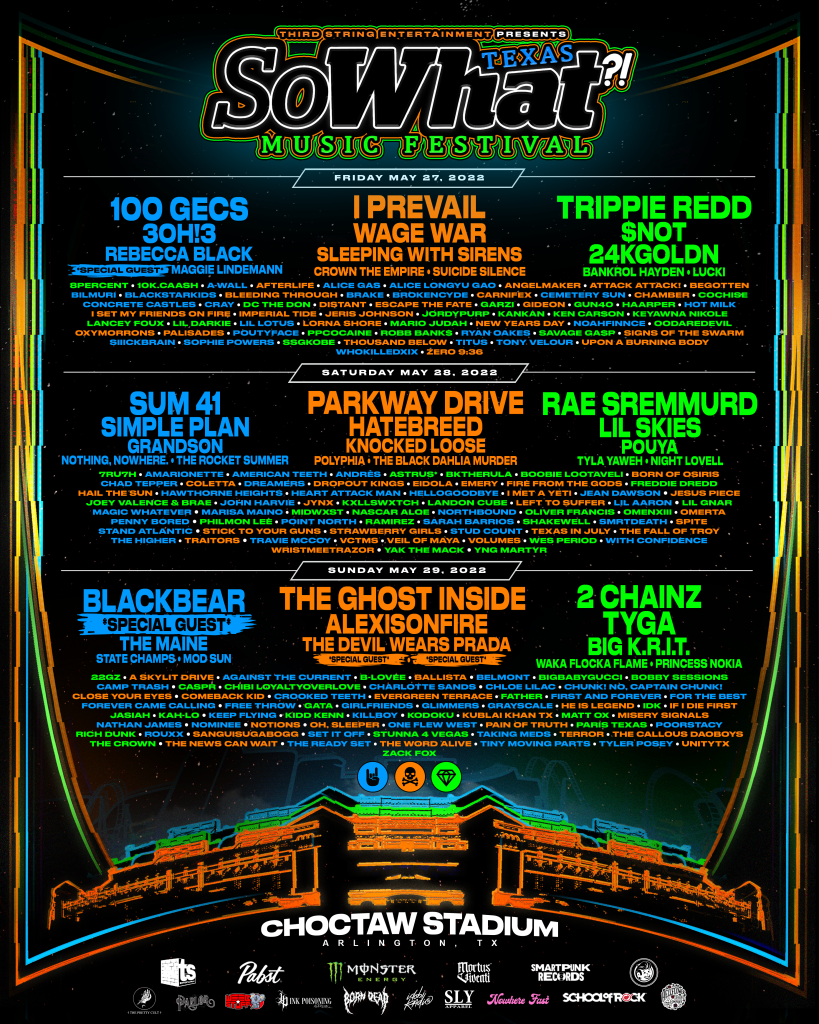 For the first time since 2017, Third String Entertainment is bringing back So What?! Music Festival to DFW with a “bigger and better” experience.

Last month, So What?!, the punk/emo version of SXSW, announced will take place Memorial Day weekend May 27-29 at Choctaw Stadium, formally known as Global Life, in Arlington. Today, the festival dropped the first of its 2022 lineup with big named metal, pop punk, alternative and hip-hop acts.

So What?! built a reputation for being one of Dallas’ favorite music festivals and the only of its kind. It’s almost like a Dallas version of the beloved Warped Tour, but this year is a little different.

Third String went all hands in to bring us a more memorable So What?! experience with “bigger artists, better activation, better food options and an overall better experience.”

The Choctaw Stadium will allow the festival to upgrade from three stages to six — with three main stages and three side stages. One main stage will be dedicated to rock and metal performances, one for pop-punk and alternative and one for hip-hop, which has more acts this year than in previous years.

“In the past we’ve “dabbled” with adding hip hop acts like G Eazy, Pouya, and different genres besides metal, rock, pop punk, but, for 2022, we really committed,” Mike Ziemer, founder of Third String Entertainment, says. “We wanted to bring together the energy that all these genres share and put it all in one big festival. For years I’ve loved genre crossovers but lately, more than ever, it’s become clear that genres don’t matter. It’s all blending together like you saw with Spotify Wrapped.”

Some of the hip-hop artists Ziemer says he wanted to bring on were Trippie Redd and $not. “The rockstar energy they bring to hip hop is something that belongs in our event.”

One quick look through the flyer — which is separated by genres, not days — might be enough to consider it one of the best of the year. There are over 100 acts taking over the six stages that will be announced later next month, but here are the ones we know so far (Psst, the ones in * are from Dallas):

Or, Just see for yourself down below and get tickets here. 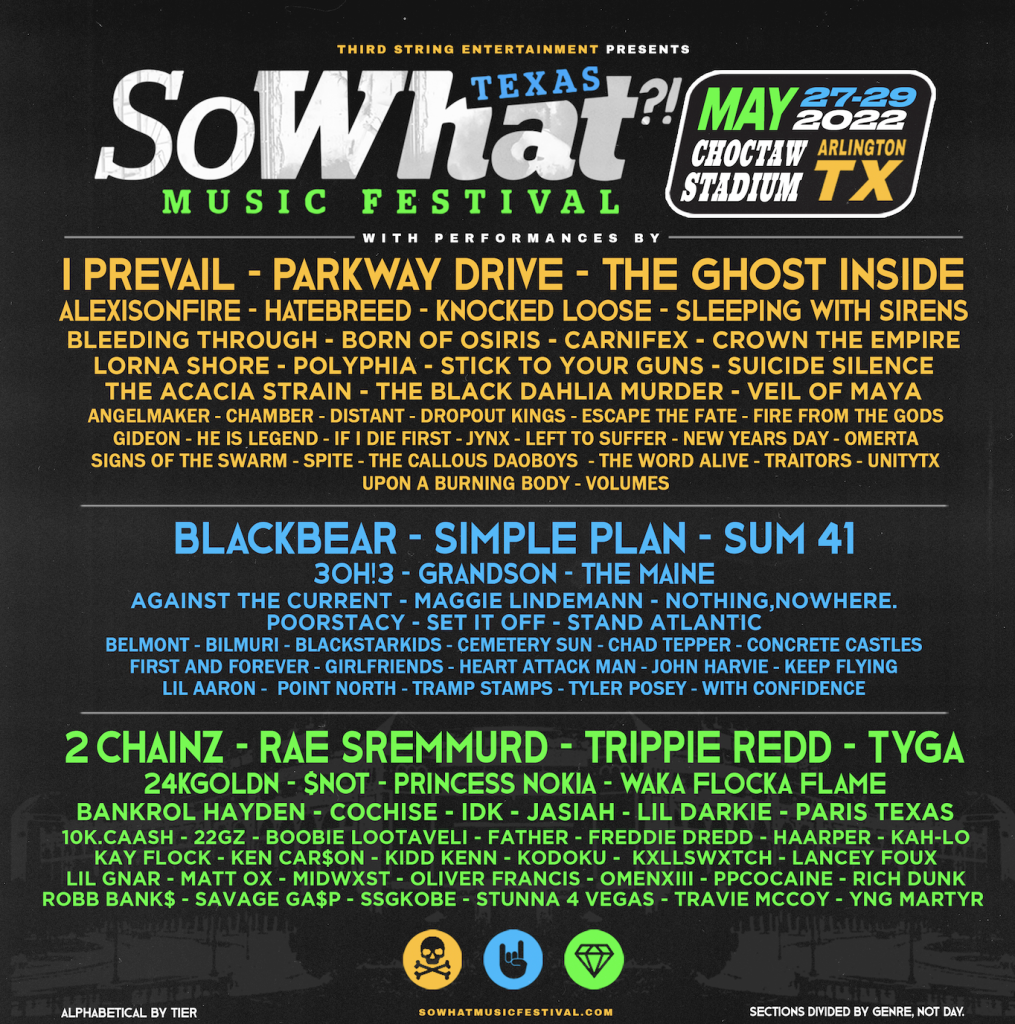 Cover photo courtesy of So What?! Music Festival.
No more articles