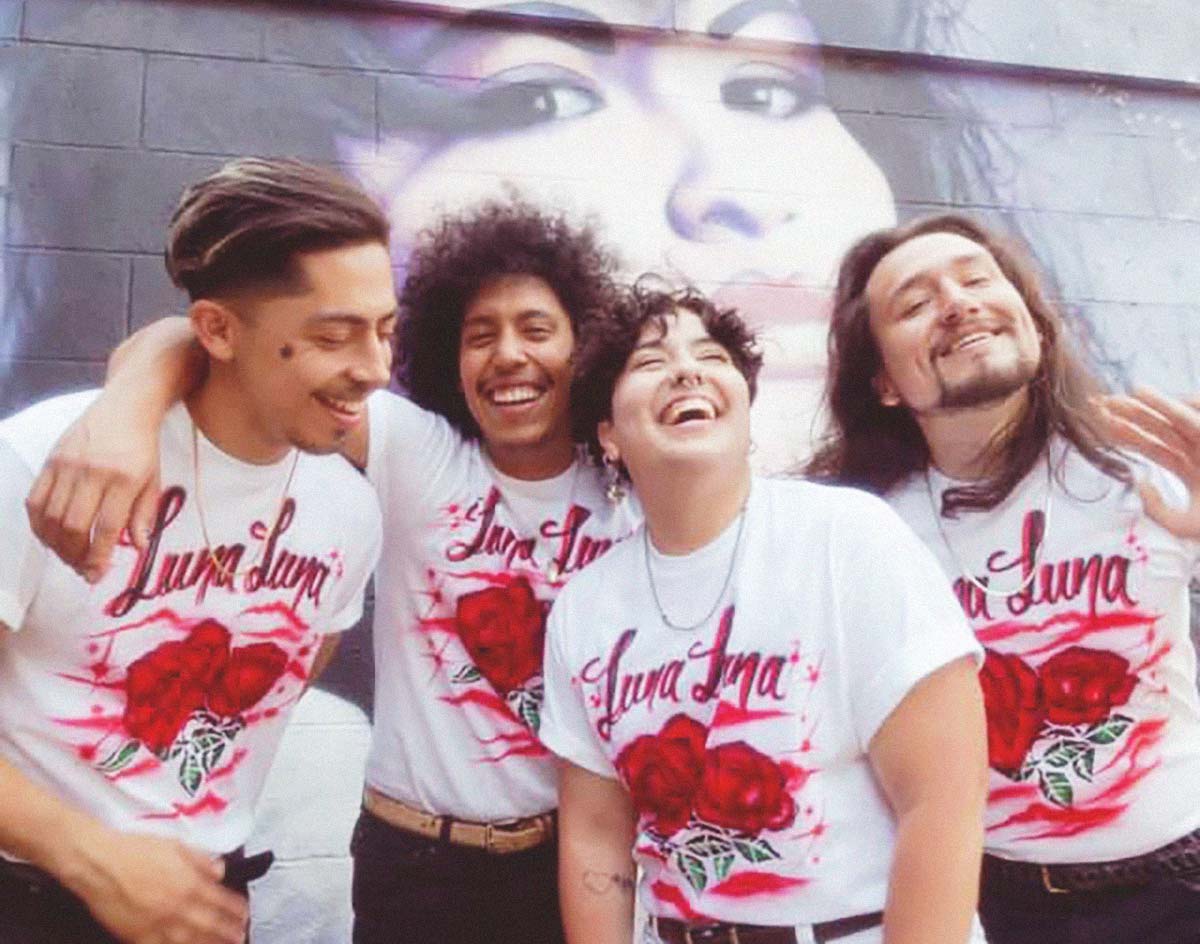 Luna Luna — “One Thing”
RIYL: making indie Latinx playlists for your crush
What else you should know: Oak Cliff indie sweethearts Luna Luna just dropped another song for all your TikToking needs.

The Latinx four-piece recently teamed up with The Undercover Dream Lovers’ Matt Koenig for the new track “One Thing,” which quickly follows the release of their glittery Pretty Boy Aaron-featuring single “Golden” from just a month ago.

Frontman Kevin Gonzalez started listening to Koenig’s The Undercover Dream Lovers project when his girlfriend introduced him to it a while back. Eventually, he and Koenig then connected on social media and bonded over a shared love of psychedelic and disco music.

At the time, Luna Luna was still writing “One Thing,” and Gonzales figured the song could use a feature — preferably from Koenig.

“Some songs just call for that,” Gonzales says. “I was looking around, and then I remembered The Underground Dream Lovers.”

So Gonzales reached out to Koenig — who quickly passed back some vocals for Luna Luna to use within a day of agreeing to be featured on the track.

With its nostalgic synthpop grooves and dreamy ambience, “One Thing” reminds us that Luna Luna makes music for those in love — even tragically so. The song describes the feeling of being absolutely captivated by someone despite it resulting in a turbulent relationship — a sentiment almost hidden behind the retro, psychedelic indie melodies that surround the song.

As for Gonzales, he says “One Thing” was the result of a spurt of creativity he was on while working on another song with Kaash Paige’s producers. In all, he estimated that he cranked out the beat for “One Thing” in under an hour and half.

“It just spiraled out of me from there,” he says. “I just wanted it to be like a fun, summer anthem.”

Recently, Luna Luna has taken the internet by storm, as songs from the band’s 2018 For Lovers Only LP continue to go viral on TikTok. But more is still to come: Luna Luna recently announced that it will be hitting the road in November for a tour alongside special guest BOYO and Alex Siegel, with Estereomance also performing select dates.