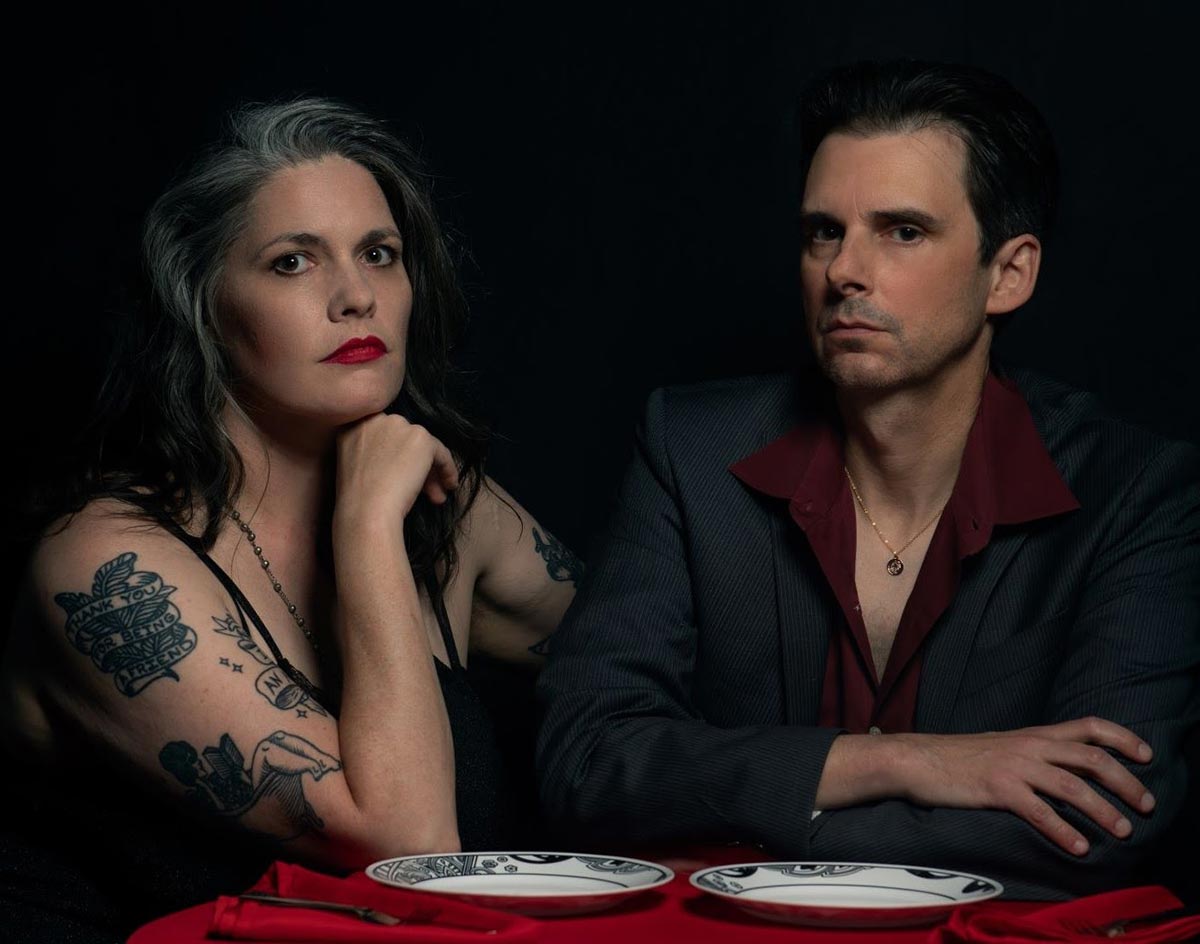 Empires Are Crumbling And The World Is Ending, But Dallas Synth Rock Act Little Beards Is Laughing Through It All On A New, ‘Sopranos’-Referencing Single.

Little Beards — “Long Term Parking”
RIYL: laughing at the end of the world
What else you should know: Nan Kirkpatrick and Sean Kirkpatrick want you to know that they’re in on the joke.

How else do you explain that the duo’s new Little Beards release, called The Legend of Spectacular Living? It’s not just a concept album, but one about the tail-end of a crumbling empire, told through the lens of HBO’s The Sopranos and set 30 years after the stories put forth in their 2017 debut release, Midnight in the Garden of Chaotic Neutral.

Listen, it’s a crazy world out there! Sometimes you have to laugh at it!

In Little Beards’ case, they choose to do so with their tongue firmly planted in their cheek — even going so far as to directly reference an episode title of The Sopranos with their new album’s second single, “Long Term Parking.”

A five-minute slice of darkwave with a little bit of doom and shoegaze mixed in, the track is the second single off of The Legend of Spectacular Living, following the release of the earlier-dropped lead single, “What’s The Point (It’s Funny)”.

In advance of the project’s official release on Friday — and in advance of the band’s album release show this evening at The Wild Detectives’ backyard in Bishop Arts — we’re stoked to exclusively premiere “Long Term Parking” to Central Track readers in this space.

While dark and moody like the music of Sean’s other Nervous Curtains and MirrorBoxx projects, “Long Term Parking” stands capably on its own, presenting plenty of surprises and twists on first listen thanks to its various rhythm shifts and synthetic arrangement.

It’s gloomy, make no mistake. But, as is the case with the entire premise of the new Little Beards project that houses it, there’s joy to be found even under a crushing environment. Or to condense the release’s ideology into a thesis statement: If the end is indeed nigh, we might as well go out with smiles on our faces and appreciate the finale while we can.

Credit it where it’s due, then: The Kirkpatricks sure sound like they’re having a ton of fun while making such a racket. And you know what? We’re having a blast with it, too.