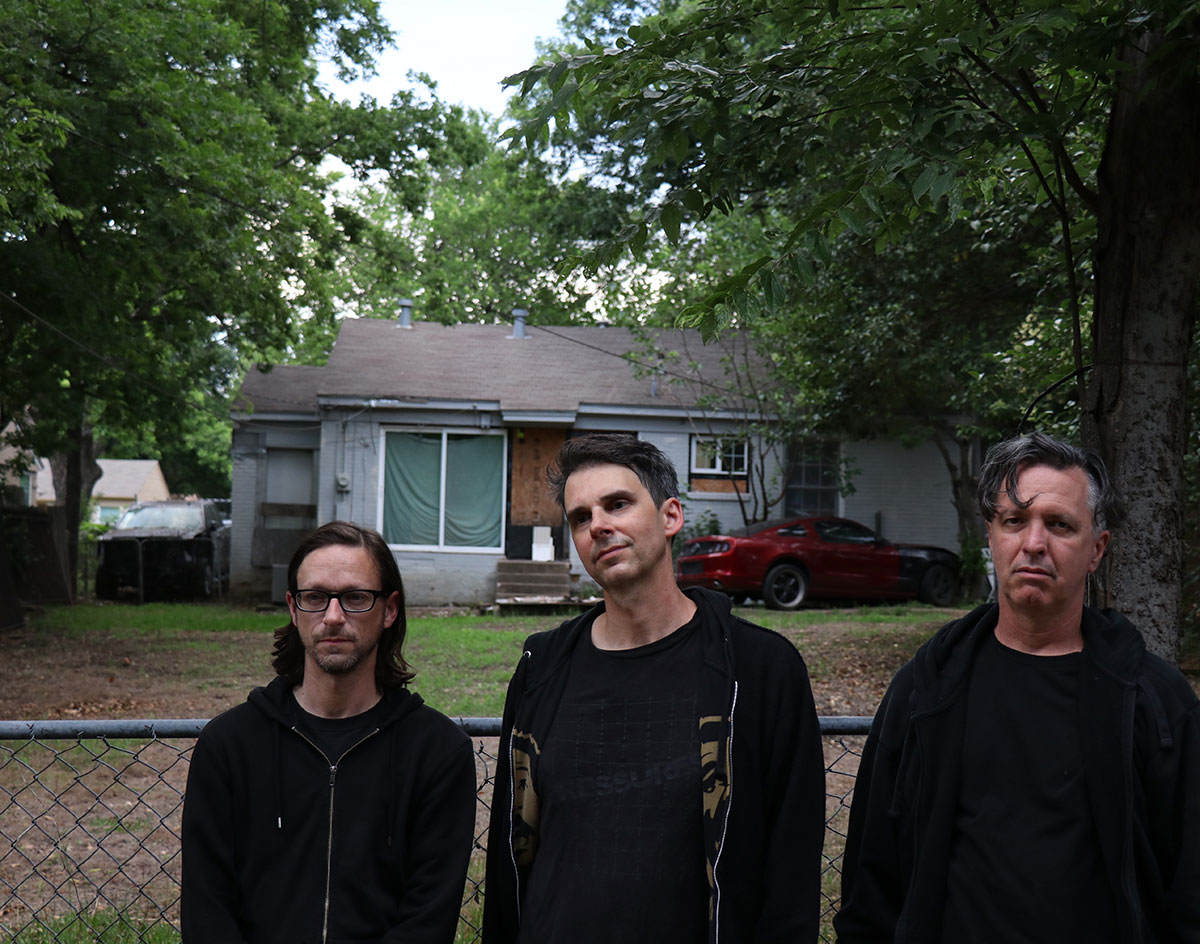 Nervous Curtains — “Mass Amnesia”
RIYL: The music of John Carpenter’s Halloween, as opposed to the one directed by another, inferior songwriter.
What else you should know: Even after the 2010 dissolution of the pAper chAse, keyboardist Sean Kirkpatrick has maintained high profile in the Dallas-area music scene by performing in a number of other projects. But, most of all, he’s focused his attention on the post-punk trio Nervous Curtains, which he launched immediately in that other band’s wake.

Throughout its near-decade-long run, Nervous Curtains has been nothing if not prolific, releasing long- an short-players alike — from with 2010’s Out of Sync with Time to this year’s 25-minute slasher flick-inspired Blood Beat. Come August, the band will continue its impressive run via the Dreamy Life Records release of its fourth full-length LP, I Tried to Fight It But I Was Inside It.

Picking up where Blood Beat left off, the new album’s opening “Mass Amnesia” tracks seems to also take inspiration from horror film soundtracks, as evidenced by the very eerie “Carpenter-esque” (the band’s words, although we agree) synth riff found in the song’s bridge.

Other earmarks of post-punk — such as the punchy Moog instrumentals and the piercing low-vocal register — are also present in this track, but the compression added to the kick and snare makes the entire proceeding much more abundant and abrasive. Then, about two minutes and 50 seconds in, a cacophonous, high-pitched whirring feedback pops up, recalling Psalm 69-era Ministry.

It is, indeed, a heavy-as-hell introduction to an album that remains almost a full two months away from its release. It’s also a track we’re stoked to present to our readers as an exclusive premiere.