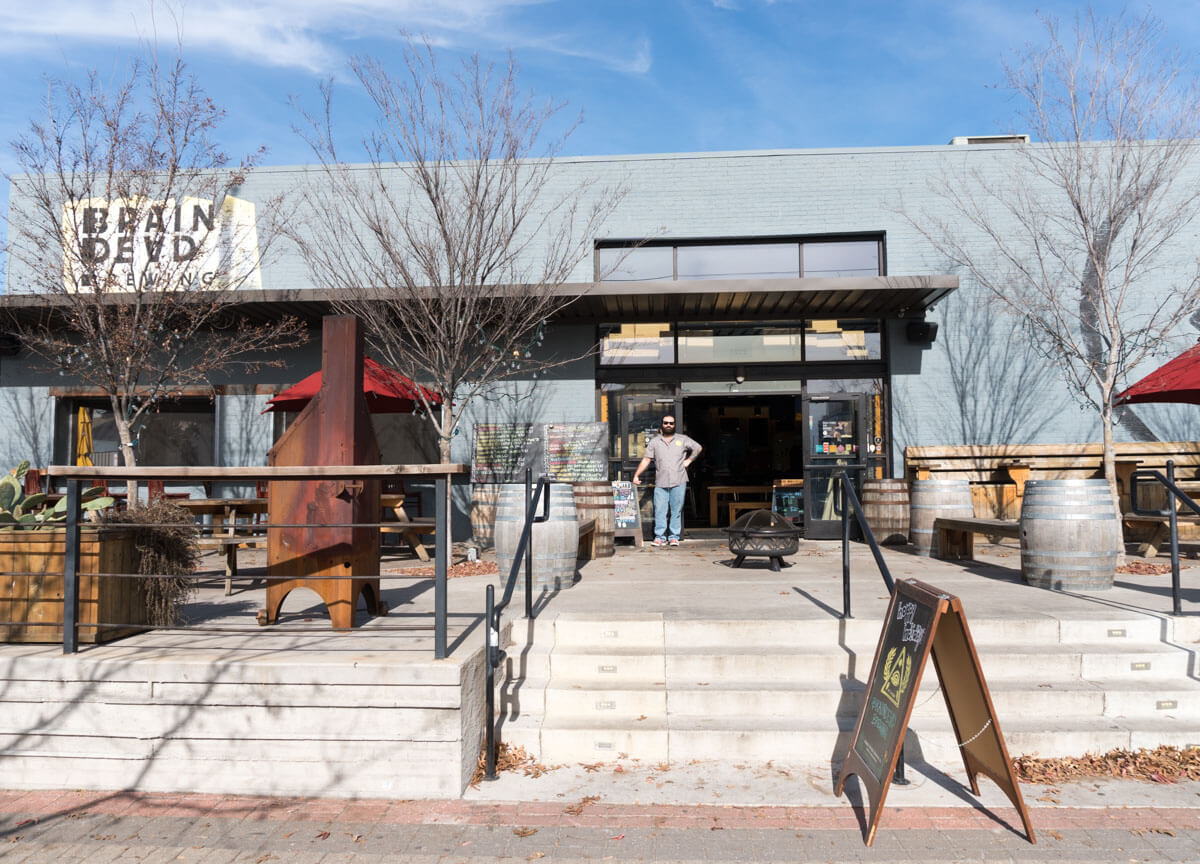 Pour One Out For This Deep Ellum Favorite —  After Seven Years In Business, This Is The Last Weekend BrainDead Brewing Will Be Open.

We fear another great Deep Ellum spot is biting the dust.

The beloved brewpub, BrainDead Brewing, is shutting it’s doors after almost seven years in business. The news officially broke with a Facebook post on November 26 — the establishment confirming that the following Sunday, November 28, would be its last night of service.

“This will be our last weekend of business.
We are thankful for everyone that supported us through almost 7 years of brewpubbing in Deep Ellum, the best neighborhood there ever was.
Come out for some grub and one last pint before we close the doors Sunday night. Our big homie Leo J will be jammin the tunes. Follow him. Go to his shows. Give him love.
Our small staff will be working hard all weekend so please tip what you can and buy some beers for the cooks.
Again, we appreciate every person that has ever walked in our doors and given us any of your time and hard earned money. We’re sorry that we gotta go but we love you and wish you the best!”

Joel Salazar, known as Leo J, played weekly shows at the bar and paid his respects with his own post:

“I am so bummed out. Sundays meant more to me than you could imagine. It’s always meant more than just playing tunes.
It was about the community and culture we created through food, drinks, atmosphere, music, dance, and people. Every Sunday. We did that.

Salazar also posted a video urging the community to enjoy the final Sunday and send the business off in celebration.

BrainDead is yet another business that took a hit from the pandemic — murmurs of a potential closing have been circling around along with the sea of concerns for all other small businesses. However, according to Culture Map, founding partner and past Central Track contributor Sam Wynne says the closure came at a surprise, learning the news from Facebook along with the rest of us.

“Neither Counsel for Braindead nor I have received any notice of lockout from the landlord, so this is all news to me,” Wynne told Culture Map.

BrainDead has received frequent love for its beer here at Central Track. We even named it our Brewery of The Year back in 2016 and celebrated its third birthday with Wynn and co-owner Jeff Fryman on Growlersation.

During its seven-year run, BrainDead functioned as more than just a spot for craft beer. Chef David Pena was the man behind its continually updated food menu that found ways to accommodate its guests through vegan and regional options. In 2018, the brewery even opened and housed Sugar Fang Vegan Bakery but unfortunately closed a year later. Much like a lot of beloved bars, BrainDead also served as a music venue for local acts and hosted monthly art shows with local artists.Let’s not forget Festicle, BrainDead’s annual beer festival, that celebrated its favorite craft beers of the year and debuted new brews.

Of course, this all would have never been possible without Wynn, Fryman, Pena and brewer Andrew Huerter. Their initiative to open this type of space benefited more than just beer-lovers, and many will never forget. It was also all thanks to an idea that, well, sorta just happened.

Wynn, who comes from a family of well-known DFW entrepreneurs, initially didn’t plan to go into the restaurant business before he opened BrainDead in 2015. Yet, it still happened. At one point, BrainDead was close to being a haven-cum pizzeria in 2013 — then the co-owners changed their minds after securing their lease on Main Street and Good-Latimer. A brewery made perfect sense to them at the time. Its opening even came a few years after Texas Legislation allowed breweries to sell their products directly to consumers on premise. BrainDead later became the third brewery in Dallas to do so, along with the now permanently closed Small Brewpub in Oak Cliff and Lakewood’s On Rotation.

After all these years, now we have to say goodbye.

Send off the BrainDead crew in the most loving way this Sunday — with a raised glass.

Stephanie Salas-Vega contributed to this story.