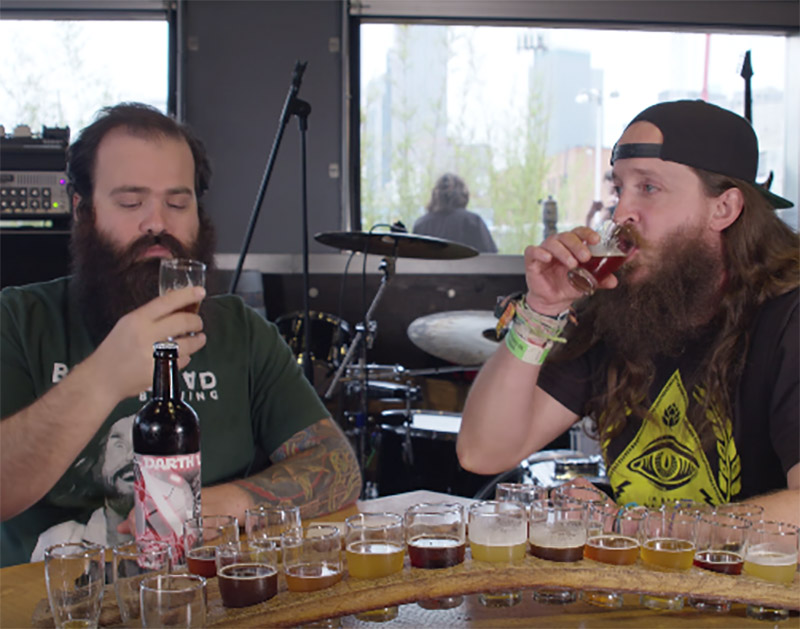 Jeff and I threw a heck of a party last weekend to celebrate BrainDead Brewing’s third birthday. We had everything from live music to guest breweries and food. We also celebrated the bottle release of our Welcome To Helles lager.

With all the excitement and abundance of beer choices, though, we decided to do things a bit differently.  Instead of drinking from growlers, we thought it would be fun to see how many draft lines we could sample before the bands fired up.

You know Jeff and I love all the beer, so we put our best foot forward and made it through about 16 samples in less than 30 minutes. It worked out great — as you can see in the video! This was definitely less of a fluid conversation and way  more along the lines of a grown up power hour.

So cheers, enjoy the ride and happy birthday to us!