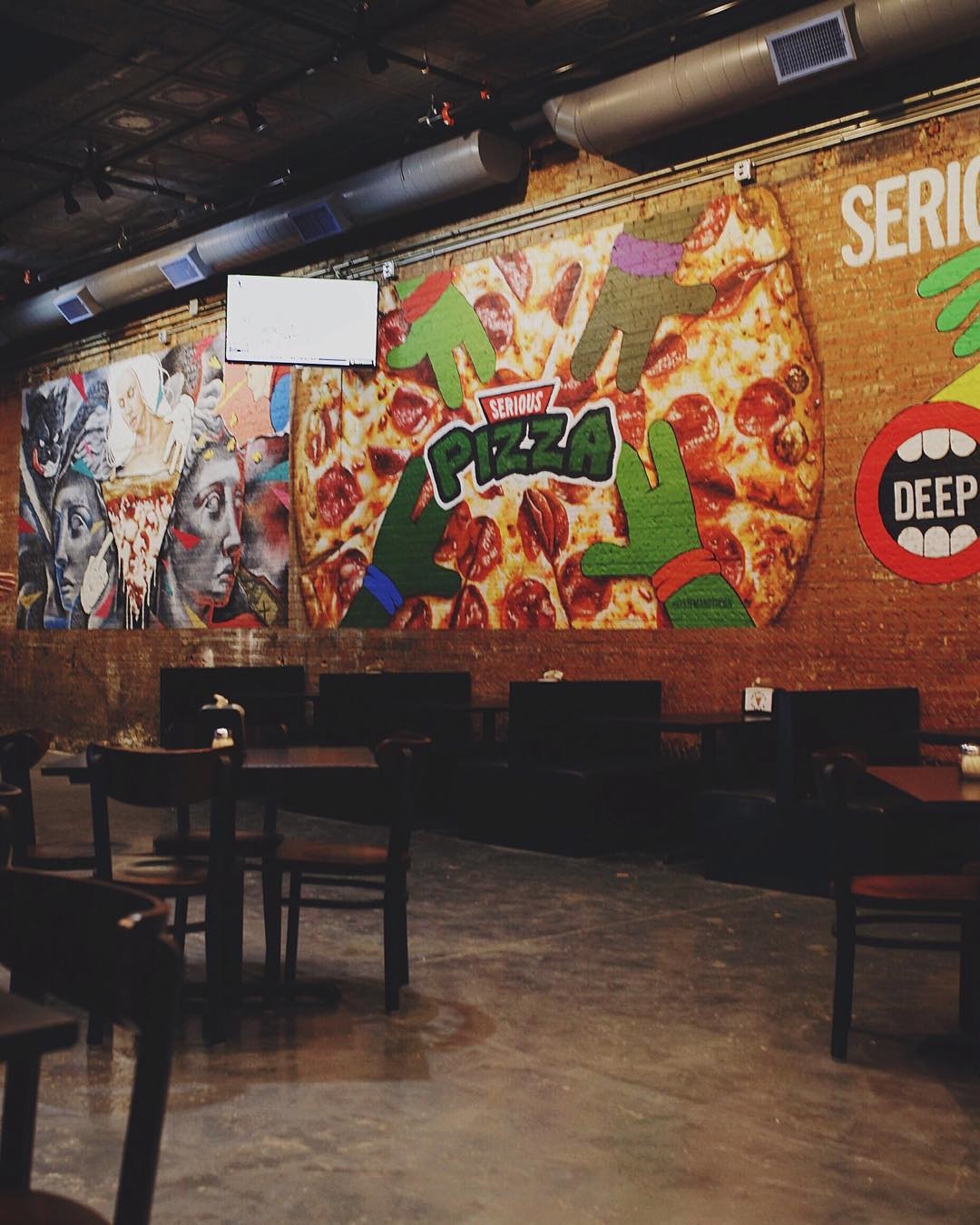 Serious Pizza Expands, And Dallas Beer Kitchen Blames Its Closure On Anyone But Its So-So Food.

Dallas coffee pops up on the national radar again this week, as Novel Coffee Roasters prepares to compete at the 2016 US Coffee Championships. Assistant roaster Ben Lytle will represent the East Dallas roaster at the Brewer’s Cup, showcasing his hand-brewing skills and a new imported brew method from Japan’s Kurasu, while Eli Ramirez (Shift Coffee) will present Novel’s Bruselas in the barista competition. The team will be traveling to Kansas City, Missouri for the qualifying event from February 2-5.

And, of course, nothing goes with coffee quite as well as donuts. Which brings us to this; Moving forward, Deep Ellum favorite Glazed Donut Works is adding a nitro cold brew tap to its coffee repertoire. A recent Facebook post foretold of the shop’s closing today for equipment upgrades and installations. The shop will resume regular hours on Thursday, January 28.

In East Dallas, a new venture called The Whippersnapper is opening in the former Slip Inn on Thursday, January 28. The bar — also known as The Whip — is the latest brainchild from This & That Concepts (Wayward Sons, So and So’s). As we’ve previously mentioned, the aesthetic centers around youth and rebellion, expressed by drinks like 40-ounce beers and cocktails served in kitschy glassware (read: red solo cups). Hours will run daily from 4 p.m. to 2 a.m.

Speaking of revivals, the old July Alley space has a new lease on life as a newly expanded dining area for the suddenly spacious Serious Pizza. The overhaul also features some Ninja Turtles-themed murals done by the Atama crew. It’s open now.

Also somewhat on the opening tip, after a recent landlord dispute and temporary closure, Sykamore Vegan House has decided to relocate to Plano. The Asian-style vegan wares will be available after a revamp of Asian Delights Cafe, a Malaysian restaurant acquired by the Sykamore owners back in November, according to CultureMap.

And there’s good news for fans of Greenville Avenue’s Green Grocer, too, as it’s not quite closing after all. The niche grocer plans to reopen as GG Micro Market, a scaled-back iteration that focuses on the store’s top-selling items. Amy McCarthy at Eater reports that items like the house-made bone broth will be available, as well as the juice, smoothie and coffee bar. Hours will be reduced as well, with the store open Wednesday through Friday from 1 to 7 p.m., Saturday from 9 a.m. to 3 p.m. and Sunday from 10 a.m. to 4 p.m.

Farther down Greenville, Dallas Beer Kitchen wasn’t able to stave off its own shuttering, citing the current road construction in front of its spot as the reason for its closure. The account told by CultureMap‘s Teresa Gubbins reveals that the complaint first surfaced on Facebook, although the number of mixed reviews received by the place since it opened — ours included — probably knocks down the legitimacy of that claim a peg or two.

In craft beer news: Rabbit Hole Brewing is opening up its tap room this Saturday, January 30, for a Pick Your Pint event. In preparation of the next seasonal pint glass, the brewery is clearing out its inventory of collectible pint glasses. For $10, guests receive three pints and a commemorative glass of their choice. The event takes place from noon to 4 p.m., with brewery tours at 1:15 and 2:30.

In a similar fashion, On Rotation is hosting its Clean Slate Wednesday, where brews from near-empty kegs are reduced in price. Pint pours are available for $3, and there will be discounted growler fills. Beer is free if your pint finishes the keg. The event takes place today from 4 to 10 p.m.

Finally, On Rotation will be tapping a batch of Peticolas‘ Great Scot done with a Randall coffee infuser tomorrow. The tapping begins at 6 p.m.

Cover photo via Atama’s Instagram. Got a tip for The Spread? Email us!