Things To Do In Dallas On Wednesday, March 22. 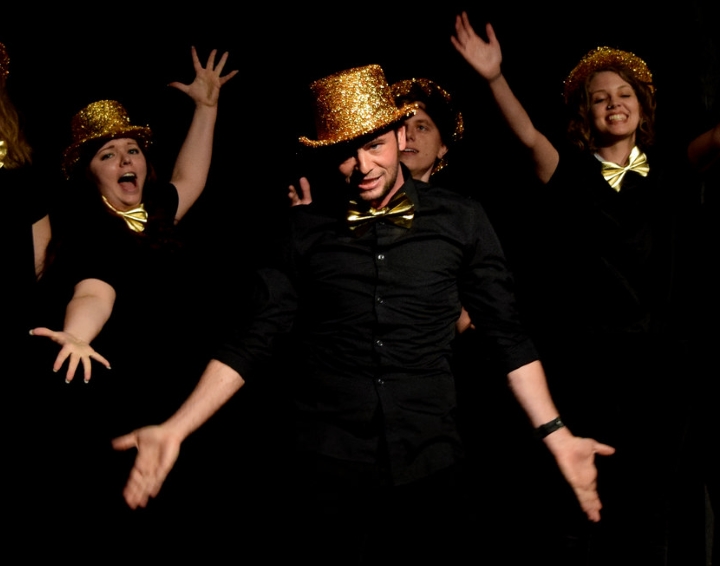 Many of us have thought about it, but I imagine few have ever tried to recreate the Flaming Homer from that one episode of The Simpsons — you know, that drink that combined all the leftover ingredients from Homer’s liquor cabinet, plus Krusty cough syrup and some fire. But this bartender has. He’s even come up with his own version, which uses real ingredients and no over the counter medications.

But flames and cough syrups aren’t necessary ingredients for a good time. The items below are the only formula you need to have fun in Dallas tonight. — Cory Graves

The Decibel Magazine Tour at House of Blues
While acts like Anthrax, Megadeth, Metallica and Slayer were doing their thing over here in the ‘80s and ‘90s, bands like Overkill and Kreator were part of another Big Four German thrash metal bands. The latter headlines this metal mag fest. Obituary, Midnight, Horrendous and Warbeast also perform. — CG

A Girl Walks Home Alone at Night at Alamo Drafthouse (Cedars)
The “first Iranian vampire Western” can be rented for $5 via Vice’s website, but you don’t want to watch a film considered this culturally significant on your tiny home TV screen, now do you? — CG

9 to 5 at Alamo Drafthouse (Richardson)
Starring Jane Fonda, Lily Tomlin and Dolly Parton, this witty farce tears into the male-dominated patriarchy and turns it on its head. The film involves three office workers who share a deep seeded resentment towards their sexist boss — general hijinks ensue. — Calvin Cashen

Cover photo via Dallas Comedy House’s Facebook page. To find out what else is going on today, this week and beyond, check out our event directory.