You Can’t Spell Dallas Without Putting The D First. 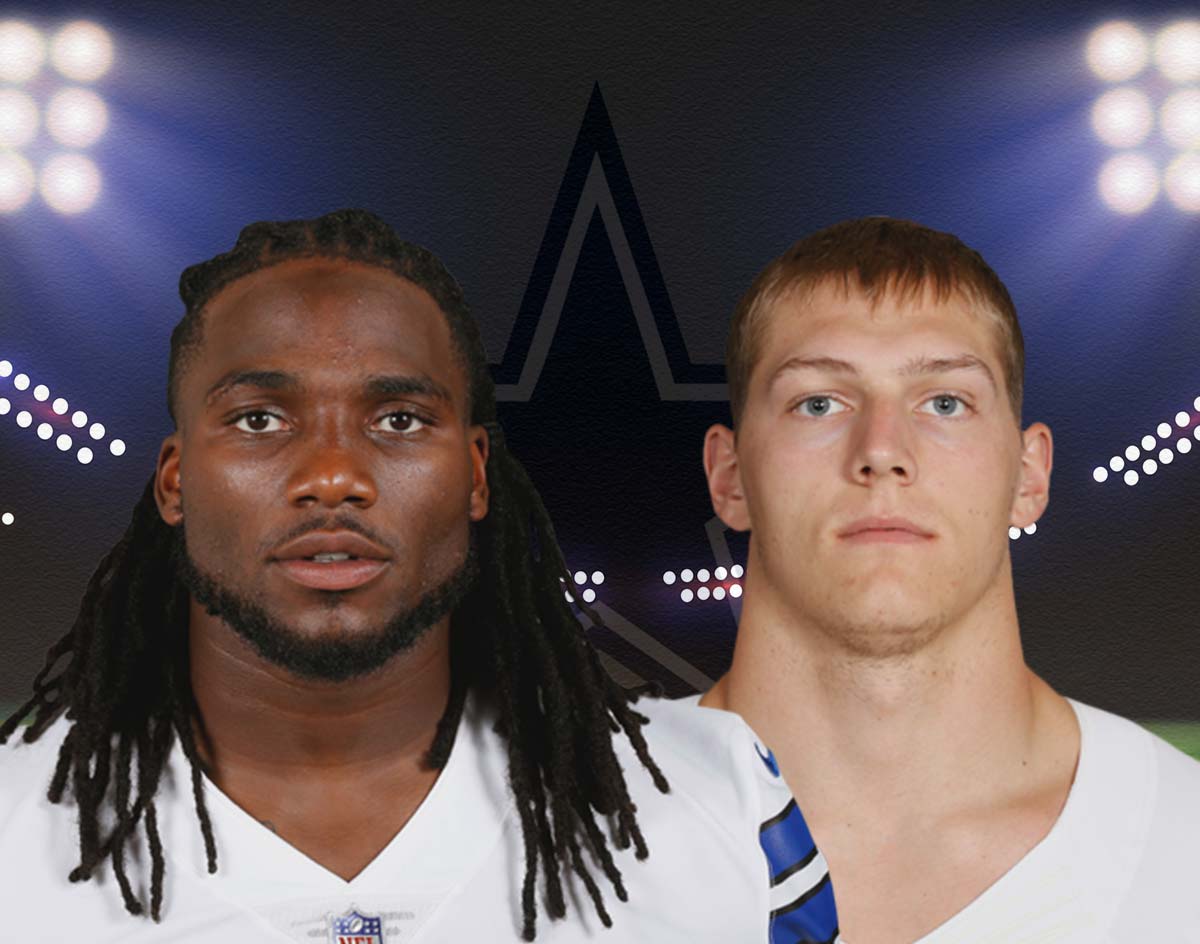 With The Van Jaylon Duo Rocking On Defense And The Offense Starting To Click, It’s (Finally) A Good Time To Be A Dallas Cowboys Fan Again.

Did anyone see this coming? We sure didn’t. And yet, this past Thursday, night, the Dallas Cowboys somehow beat the No. 1 offense in the NFL, registering a 13-10 home win over the New Orleans Saints.

A victory over an NFC powerhouses that boasted the top rushing defense in the league and had won 10 straight? In the most-watched match-up in Thursday Night Football history, with over 22 million people watching this game? Yeah, this win stands rather easily as this 2018 Dallas Cowboys team’s greatest feat to date.

Let’s take a look back at how this team pulled this win off.

You Can’t Spell Dallas Without Putting The D First.

The Dallas Cowboys came into this game as the No. 7 defense in the NFL, according to yards allowed per game. Better yet, by only giving up 19.4 points per game, they entered the contest as No. 3 scoring defense in the league.

Really, it cannot be overstated just how spectacular this defense has been this year. They’re the only team in the league that hasn’t allowed any opponent of theirs to score 30 points or more on them.

Once again, this Cowboys defense stepped up to the challenge and stifled their opponent — and right from the jump, too, as they opened up the game with three Brees pass break-ups and by turning the Saints’ first two drives of the game into three-and-outs. And they kept it up, too! The Cowboys defense just completely blanketed the Saints throughout the entire first half of Thursday night’s match-up, holding the Saints to just 59 first-half yards (the Saints fewest output since 2002) and zero first-half points (something the Saints have avoided since 2014).

The young linebacking corps also continued its impressive evolution in this game, too. With Sean Lee sidelined the past few weeks, there’s been nothing but space and opportunity for the young linebacker tandem of Leighton Vander Esch and Jaylon Smith, who have just completely flourished as a result. In this game, Van Jaylon accounted for a combined 19 tackles between them. That’s perhaps not a shocker at this point: Vander Esch is in the Defensive Rookie of the Year conversation, and Smith’s return from a gruesome, college career-ending injury to end up looking like the Pro Bowl-worthy player he is now is just a hell of a thing. These two look destined to wrangle up running backs and quarterbacks together for years to come.

But the real crazy thing is that pretty much everyone on the defense looked good on Thursday. Even corner back Jourdan Lewis, whose playing time has been scaled back this year, secured his first interception of the year in this one. In fact, his game-winning pick really should’ve been his second of the game. He and the rest of the secondary just looked electric in this one, with Lewis, Byron Jones and Anthony Brown all playing lights out. That’s especially impressive considering this Cowboys team only sacked Brees twice in this one. Even so, the surefire first-ballot Hall of Fame QB looked frazzled throughout the entire 60 minutes of this one, leading his Saints to just 176 total yards in this game, its lowest total since 2001.

Honestly? The Saints only had a single decent drive against the Cowboys on Thursday.

Seems DeMarcus Lawrence’s “choke they ass out!” statement went a long way in riling up the troops. The Cowboys defense was just relentless all game long. It was probably the best display of defensive prowess a Cowboys team has show since the 90’s.

The only drawback at all to the D’s performance against New Orleans were boneheaded late-game plays from noted High Times subscriber Randy Gregory, whose mistakes — coupled with a questionable calls, we admit — allowed the Saints to hang in this one longer than they should’ve.

With These Cowboys, The O Is Second.

Did the Amari Cooper trade save this offense? It really might’ve! Ever since, this offense has looked like an entirely different unit.

Nowhere else is this more obvious than in the play of Dak Prescott, who left everything he had on the field on Thursday, completing 24-28 of his passes for 248 yards and a touchdown, while also adding 22 rushing yards to his total on top of that. That’s some solid play!

He’s still not perfect, of course. Upping his NFL-leading fumble total on the season to 11 with two costly fumbles in this game isn’t helping his case. His accuracy still leaves something to be desired, too, as he overthrew a wide open Michael Gallup on a pass that definitely would’ve resulted in a 60-yard house call had connected. His pocket awareness clearly also needs work, as the Saints defense managed to sack him seven times.

But, for the most part, Dak played solidly against the blitz, which he saw a ton of in this game. And he’s to be commended, too, for spreading the ball around to seven different receivers over the course of this contest. Another bonus? Over the course of the Cowboys’ four-game win streak. he hasn’t thrown a single pick.

I know I’m tough on Dak a lot, but a lot of my frustration with him stems from my annoyance with Scott Linehan’s uninspired play calling. Fact is, Prescott’s got 12 primetime wins since 2016, and that’s pretty remarkable no matter how you look at it.

Speaking of remarkable: Ezekiel Elliott’s 136 yards from scrimmage outpaced New Orleans’ backfield tandem of Mark Ingram and Alvin Kamara’s combined 100-yard effort in this one. His 1,150 rushing yard total on the season is just 25 behind Todd Gurley of the Los Angeles Rams’ 1,175.

After the this Week 13 win over the Saints, the Cowboys remain guaranteed at least a share of the NFC East lead, no matter how the Monday night game between their division rival Redskins and Eagles plays out.

When was the last time we saw a Cowboys team trend upwards at the right time of year like this? 2014?

I don’t want to jinx things — but, right now, in this very moment, it’s once again a pretty good time to be a Cowboys fan.