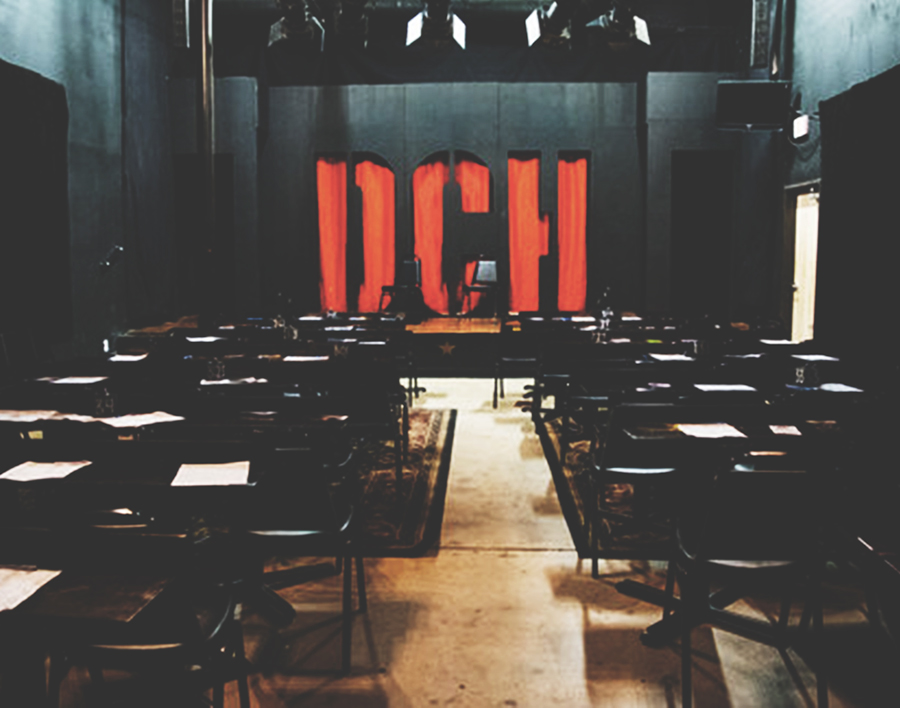 When It Opens In 2019, Dallas Comedy House’s Next Home Will Include A Full Kitchen, An Outdoor Beer Garden And A Podcast Recording Studio.

Following a public dispute with its landlord over the lease of its Deep Ellum headquarters, Dallas Comedy House has found a new home — and one that’s about as close to its old home as possible.

In the spring of 2019, the comedy club will move out of its location at 3025 Main Street and into a new home right across its back parking lot. The new home will be located at 3036 Elm Street, where the club will take over the building currently being operated by Upex Auto Supply.

Though the comedy club’s third home in a decade (its first permanent home existed at 2645 Commerce Street at the spot now occupied by Dot’s Hope House & Cocktail Yard), this new location should exist as DCH’s home for the foreseeable future, presuming business continues to do well. Amanda Austin, owner of DCH, says her business’ agreement with property owner Madison Partners is for a five-year lease, with three additional five-year options built into the agreement after that.

There’s reason to believe that DCH could last the next 20 years in its new Elm Street home, too. Though smaller than its current space, the new venue will be constructed to fit DCH’s current needs, as well as its future ones. In addition to performance theaters, classrooms and a writer’s room, the new space will feature a full kitchen and bar, an outdoor beer garden and patio space, and even a podcast recording studio.

“We’re working with what essentially will be a shell,” Austin says about the L-shaped building she’s taking over at the intersection of Elm and Hall streets. “So I know that we will be able to build it out efficiently.”

Mostly, though, Austin says the biggest win for DCH is that it will get to stay in Deep Ellum, where it’s always existed.

“We’ll have existed on all three main Deep Ellum streets now,” she says with a laugh, referencing her company’s past on Commerce Street, its present on Main Street and its future on Elm Street.

Construction on the new space is expected to start “soon,” depending on how quickly the city approves the building’s plans and processes its permits. The hope, Austin says, is to celebrate DCH’s 10th anniversary in January at its current space and then send the venue off with the annual Dallas Comedy Festival, which it hosts each year during the final week in March. The Dallas Comedy Fest’s run of shows from March 27 through March 30 are expected to be the final ones held in the Main Street location, with DCH hoping to open its new home for business on Elm by April 4, 2019.

“We’re going to try to make this as seamless as possible,” Austin says.

If nothing else, she’s got experience with this: When DCH moved from Commerce Street to Main Street in 2015, it also did so in the immediate wake of the Dallas Comedy Festival’s final night.

In the biz, that’s called “honing one’s material.” Or so we hear. As for what we heard from Austin about what this means for her beef with her old landlord? Well, she says that she’s ready to move on — and that, she confirms, the April 4 move-out date for Main Street is a firm one.

“Let me see if I can remember the official wording we came up with,” Austin says. “Right, it’s this: ‘Both parties have amicably resolved the dispute to their satisfaction.'”