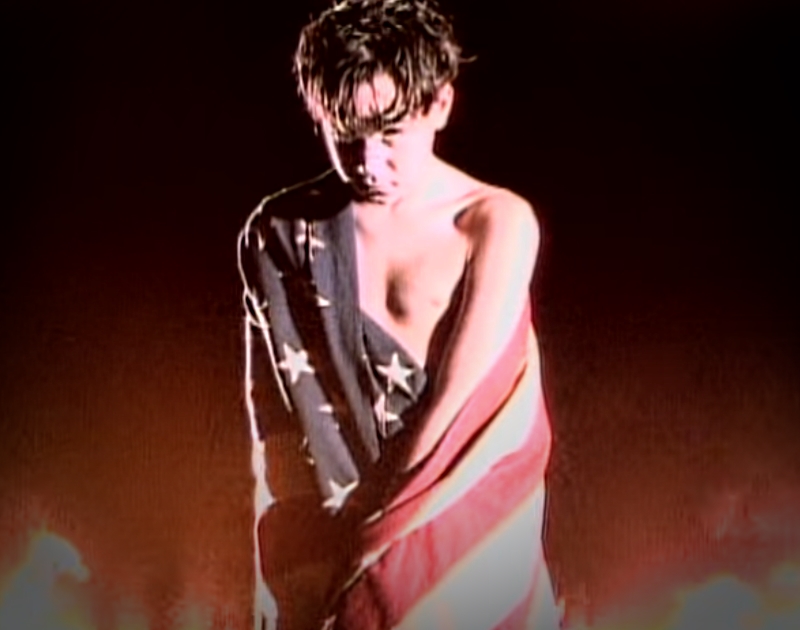 The Mom Of Pearl Jam’s “Jeremy” Speaks Out For The First Time, Leon Bridges Falls Into The GAP, Post Malone’s Crocs Collab Sells Out In Minutes & Much More.

Unlike the almost-daily school shootings that occur these days, some of which have even stopped becoming front page news at this point, the death was a big deal in 1991. A Dallas Morning News clipping of the news even famously inspired Pearl Jam’s Eddie Vedder to immortalize the events in an award-winning song.

All these years later, that sucker is still in regular radio rotation!

It was only last week, however, that Jeremy’s mom Wanda spoke out for the very first time — and within this WFAA report.

“That day that he died did not define his life,” Jeremy’s mother says in the piece. “He was a son, a brother, a nephew, a cousin, a grandson. He was a friend. He was talented.”

Meanwhile, Brittany King was one of those teens that saw him “speak” in class that day. Like his mother Wanda, King says she was similarly displeased with Vedder over his band’s tune.

“I was angry at them for writing that song,” says King in the story. “I thought, ‘You don’t know. You weren’t there. That story isn’t accurate.'”

As we know from our own research, the song is actually a composite of multiple incidents, one of which happened while Vedder was attending a school in California.

While the pair quoted int he WFAA piece aren’t exactly pleased with Jeremy’s portrayal and subsequent immortalization in the Pearl Jam tune, there’s no denying that the track had a great impact on bringing the issue of bullying to the forefront in the early ’90s.

Apropos of nothing, film director David Gordon Green (of the new Halloween remake) was another of Jeremy’s classmates. And just a year ahead of them at Richardson High was 7th Heaven actor Barry Watson.

Another person that got all riled up last week? Chicago DJ Stoney Montana, who performed in Denton on Thursday night as part of the three-day haunted dancing and camping festival known as Nightfall. During his set, he apparently said something to the effect of “Let’s turn the fuck up!” which we’re hearing didn’t sit too well with someone living in one of the neighboring communities, who took offense and called the police over his language use. In lieu of shutting down the entire fest over the f-bomb – which is what was allegedly going to happen, per Stoney – the foul-mouthed performer copped a disorderly conduct charge from Denton PD. So we guess he’ll be back in town sooner than he thought for that court appearance! To Stoney Montana’s credit, he’s had a pretty good attitude about the whole thing, enjoying all the mileage he’s getting out of the incident on social media, and even making a pretty good meme about it.

Similarly, Leon Bridges should expect to get plenty of mileage out of his latest brand team-up, which finds him covering The O’Jays’ “Now That We Found Love” for The GAP’s holiday campaign. The collab is maybe a step down for the GQ boy fashion-wise, but there are few places to acquire the kind of high-visibility mainstream exposure as a Christmas ad in heavy rotation.

There’s a lot to like, meanwhile, about the Dallas pop-punk outfit Fat By The Gallon, which this week offers up a performance-based clip for the track “Explode” from its recently released Jackasses on Pleasure Island EP.

Also caught on film this week? Bryce Bangs, who had a dream about drugs and a creepy ex and decided to pass along that evil for us to put into our own heads by making a music video about it. This clip is for “Evil Roams” from his self-titled sophomore record.

Lastly on the visuals front this week is a new clip from Boy Epic. The footage comes in support of the song “3AM,” which the performer released on Hollywood Records before getting dropped. Says Boy Epic: “My time at HWR was a learning experience for me. It was heartbreaking when they dropped me. Not because I was ‘dropped’ but because I was never given a reason why. But I’m happy to say I’m finally working with the right people and got rid of all the negativity that I was surrounded by. I’m excited for the future.” Good for him, we guess!

Moving on, let’s end the week in our usual quick-hit fashion:
• Parquet Courts covered Neil Young’s “We R In Control” exclusively for Amazon. You can preview 30 seconds of the song here, but you gotta buy it to hear the rest.
• After three months in rehab following her July overdose, Colleyville’s own Demi Lovato is reportedly out and said to be “doing well.”
• Booker T. Washington High School For The Visual And Performing Arts alum Roy Hargrove passed away over the weekend due to cardiac arrest following complications surrounding kidney failure. The Grammy-winning trumpeter, who helped shape the neo-soul sound as a brass arranger for Erykah Badu, Common and D’Angelo, was 49 years old.