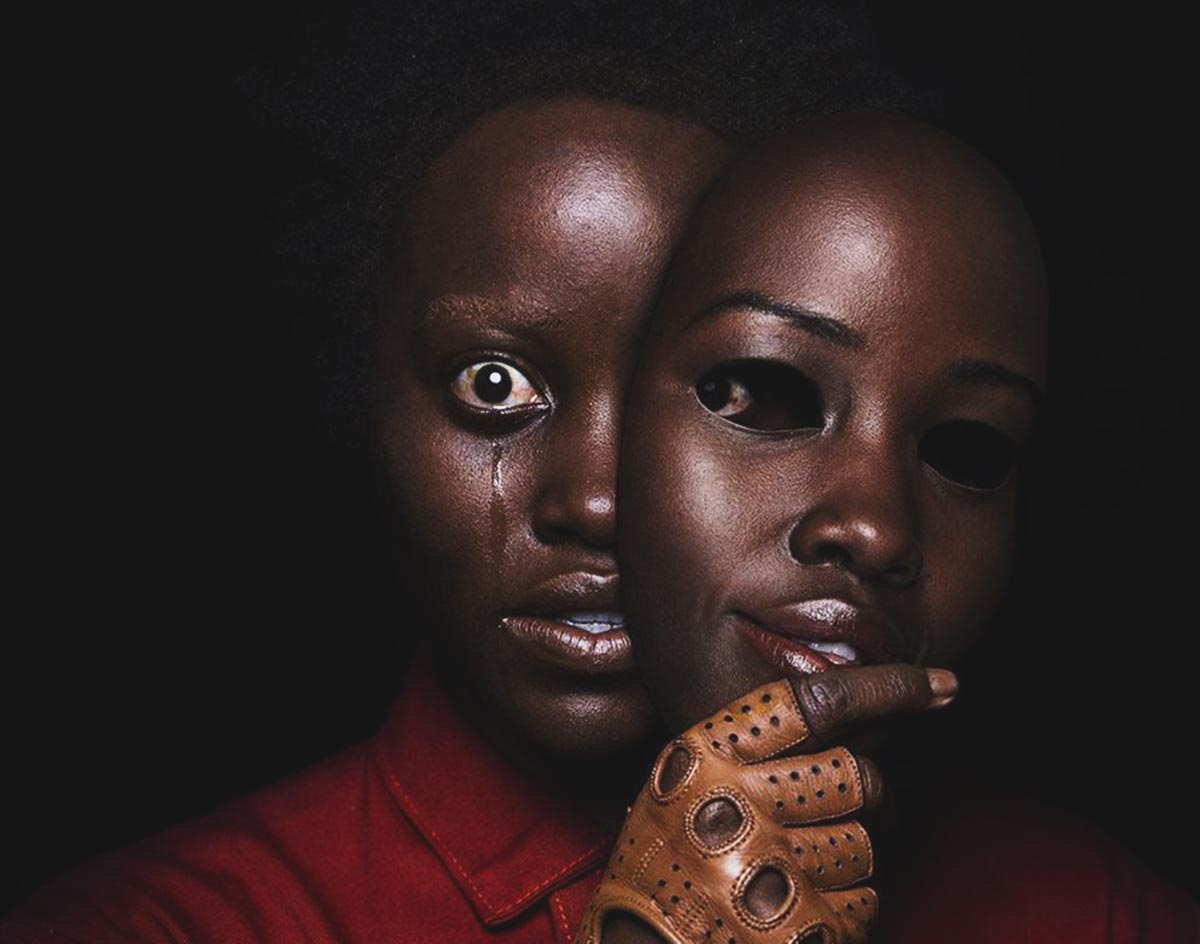 On Us, Captain Marvel, Greta, Apollo 11 And The Rest Of March 2019’s Top New Releases, Limited Showings And Repertory Screenings Around Dallas.

Finally, we’ve got some interesting movies on the docket!

The latest MCU entry looks more like a throwback to fun ’90s sci-fi movies than another cog in the machine. And the creator of our favorite film of 2017 is back with the creepiest-looking horror flick of the year!

In limited release, there’s another wild film from the demented mind of Gaspar Noé, as well as the most astonishing technical achievement of the year.

And repertory showings include 20th anniversary screenings of two of the most innovative and mind-blowing movies of 1999, the greatest movie year ever.

Here’s what you’ll be seeing in cinemas this month, Dallas!

Greta.
Director: Neil Jordan.
Writers: Neil Jordan, Ray Wright.
Cast: Chloe Grace Moretz, Isabelle Huppert, Maika Monroe, Colm Feore.
Opens: Friday, March 1.
The Irish writer-director, who won an Oscar for The Crying Game, has been in the game for more than 35 years. But this is his highest-profile project since 2007’s Jodie Foster revenge thriller The Brave One. Chloe Grace Moretz (Suspiria) plays a New York City waitress who returns a lost purse to an older woman (Isabelle Huppert). They develop a close friendship — but Greta, of course, has a lot more nefarious plans than the occasional afternoon tea. As a big fan of Misery and Audition (see below), I’m pretty excited for this twisty thriller.

Captain Marvel.
Directors: Anna Boden, Ryan Fleck.
Writer: Anna Boden, Ryan Fleck, Geneva Robertson-Dworet.
Cast: Brie Larson, Samuel L. Jackson, Jude Law, Annette Bening.
Opens: Friday, March 8.
This ’90s-set origin story certainly has potential to be great, so why am I so nervous? Well, for one, none of the trailers have been especially inspiring. Part of that is because Marvel seems confused in its marketing as to whether it should lean full-on into its girl power ethos and risk incurring the wrath of sexist trolls (which has kind of already happened) or go straight-up space opera. My hope is it’s not a mixed bag, especially because it’s a big leap for the great duo of Anna Boden and Ryan Fleck, who have been making terrific low-budget films for years.

Captive State.
Director: Rupert Wyatt.
Writers: Rupert Wyatt, Erica Beeney.
Cast: Ashton Sanders, John Goodman, Vera Farmiga, Kiki Layne.
Opens: Friday, March 15.
Hope you’re not tired of dystopias yet, because Rupert Wyatt (Rise of the Planet of the Apes) has a new one for you. Set a decade after an alien race has taken over the world, this film follows a group of resistance fighters as they try to take down the occupying force and the human bureaucracy and military groups that keep the world enslaved. I’m sure there’s no allegory here.

Us.
Director: Jordan Peele.
Writer: Jordan Peele.
Cast: Lupita Nyong’o, Winston Duke, Elisabeth Moss, Tim Heidecker.
Opens: Friday, March 22.
Jordan Peele’s follow-up to his Oscar-winning Get Out could have been about absolutely anything and we’d all be in. But this horror flick has revealed just enough to be interesting and turned weed anthem “I Got 5 on It” into a terrifying track. Here, a family goes on vacation only to find the beach town overrun with violent copies of themselves. I’m predicting this will be a little more straightforward than Get Out’s takedown of racism, but will still be an incredible in-theater experience.

Apollo 11.
Director: Todd Miller.
I saw this at Sundance, and it’s one of the most astonishing things I’ve ever seen. Director Todd Miller and his crew spent years restoring and editing thousands of hours of footage from NASA’s archives, even syncing hundreds of hours of video to produce this 90-minute version of the Apollo 11 mission. I raved about First Man last year, but nothing compares to the real thing. This is an absolute must-see on the big screen.

Climax.
Director: Gaspar Noé.
Writer: Gaspar Noé.
Cast: Sofia Boutella, Romain Guillermic, Souheila Yacoub, Kiddy Smile.
Gaspar Noé is one of the most twisted and stylish directors around: Irreversible was a rape-revenge tale told backwards; Enter the Void was a neon nightmare with mostly POV shots; and Love was a 3-D romantic drama that featured real ejaculation. To say your mileage may vary with his work is putting it mildly. But there’s no other director like him, so I’m always anticipating whatever he might do next. His latest is one of the most exhilarating and horrifying movies of the year. A group of dancers gathers for a party, but someone’s spiked the sangria with LSD, which provokes wildly different reactions in each of them, most of them violent. It successfully simulates the feeling of being in a nightmare you can’t wake up from.

Hotel Mumbai.
Director: Anthony Maras.
Writers: Anthony Maras, John Collee.
Cast: Dev Patel, Armie Hammer, Nazanin Boniadi, Anupam Kher.
Australian director Anthony Maras makes his feature debut with this harrowing account of the guests and staff trapped inside the Taj Mahal Palace Hotel during the 2008 Mumbai terrorist attacks. It looks like United 93 or any other number of well-done docudramas about horrific events. Hopefully it will focus on the heroism of ordinary people and not try to sensationalize anything.

Transit.
Director: Christian Petzold.
Writer: Christian Petzold.
Cast: Franz Rogowski, Paula Beer, Godehard Giese, Lilien Batman.
Christian Petzold made one of the best films of the decade in Phoenix, a post-World War II thriller about identity, greed and marriage, with one of the greatest endings of all time. That’s a pretty high bar to clear with Transit, about a refugee (Franz Rogowski) who assumes the identity of a writer who committed suicide. Will he be found out? Will he become too obsessed with his new persona? Only Petzold has the unsettling answers.

Audition.
Director: Takashi Miike.
Writer: Daisuke Tengan.
Cast: Ryo Ishibashi, Eihi Shiina, Tetsu Sawaki, Jun Kunimura.
Playing At: Inwood Theatre.
Showing: Friday, March 1; Saturday, March 2.
One of the first movies that opened me up to international horror, this Japanese film is one of the most profoundly upsetting things I’ve ever seen. In fact, don’t even watch the above trailer, which gives away some of the film’s best surprises and horrifying moments. Basically, this isn’t even a horror movie for its first half; it’s an extremely sad drama about a widower (Eihi Shiina) who holds auditions for a film but is really there to find a new wife. He picks the beautiful Asami (Eihi Shiina), who, well, isn’t exactly what she seems.

The Matrix.
Directors: The Wachowskis.
Writers: The Wachowskis.
Cast: Keanu Reeves, Laurence Fishburne, Carrie-Anne Moss, Hugo Weaving.
Playing At: Alamo Drafthouse Las Colinas.
Showing: Monday, March 4.
It’s hard to believe the Wachowskis’ sci-fi masterpiece is already 20 years old. The film has taken on unintended meaning both positive (for the trans community) and negative (alt-right assholes have co-opted the term “red pilling”), but it’s still one of the most impressive action movies ever made, even if everyone has ripped it off by now, and the sequels were disappointing. The film will make its way to other Alamo Drafthouses in the area throughout the month. Check the website for dates and showtimes.

The Quiet Man.
Director: John Ford.
Writer: Frank S. Nugent.
Cast: John Wayne, Maureen O’Hara, Barry Fitzgerald, Victor McLaglen.
Playing At: Plaza Theatre.
Showing: Friday, March 15.
One of the four films John Ford one Best Director for is this romantic comedy about a boxer (John Wayne) who returns to Ireland to enjoy his retirement. He falls in love with Mary Kate (Maureen O’Hara), but her brother (Victor McLaglen) stands in the way of their marriage. Even if you’ve never seen this movie, you’ve at least seen its famous kiss replicated in E.T. Even better? This screening is free.

Selena.
Director: Gregory Nava.
Writer: Gregory Nava.
Cast: Jennifer Lopez, Edward James Olmos, Jon Seda, Jacob Vargas.
Playing At: Texas Theatre.
Showing: Saturday, March 30.
I’m typically against biopics of musicians, including the recent Bohemian Rhapsody. But there’s just something about Selena that I love. I won’t deny that part of it is Selena’s status as a Texas icon, but it’s also exceptionally well-made and features great performances from Jennifer Lopez and Edward James Olmos. And you try not to hear up when you hear “Dreaming of You” at the end, knowing Selena had 50 more years of great music to record! Nava’s prior film, Mi Familia, which also stars Lopez and Olmos, plays at the Texas Theatre earlier that day, as part of their Cine Mexicano series.