First Man Is One Giant Leap For Director Damien Chazelle. 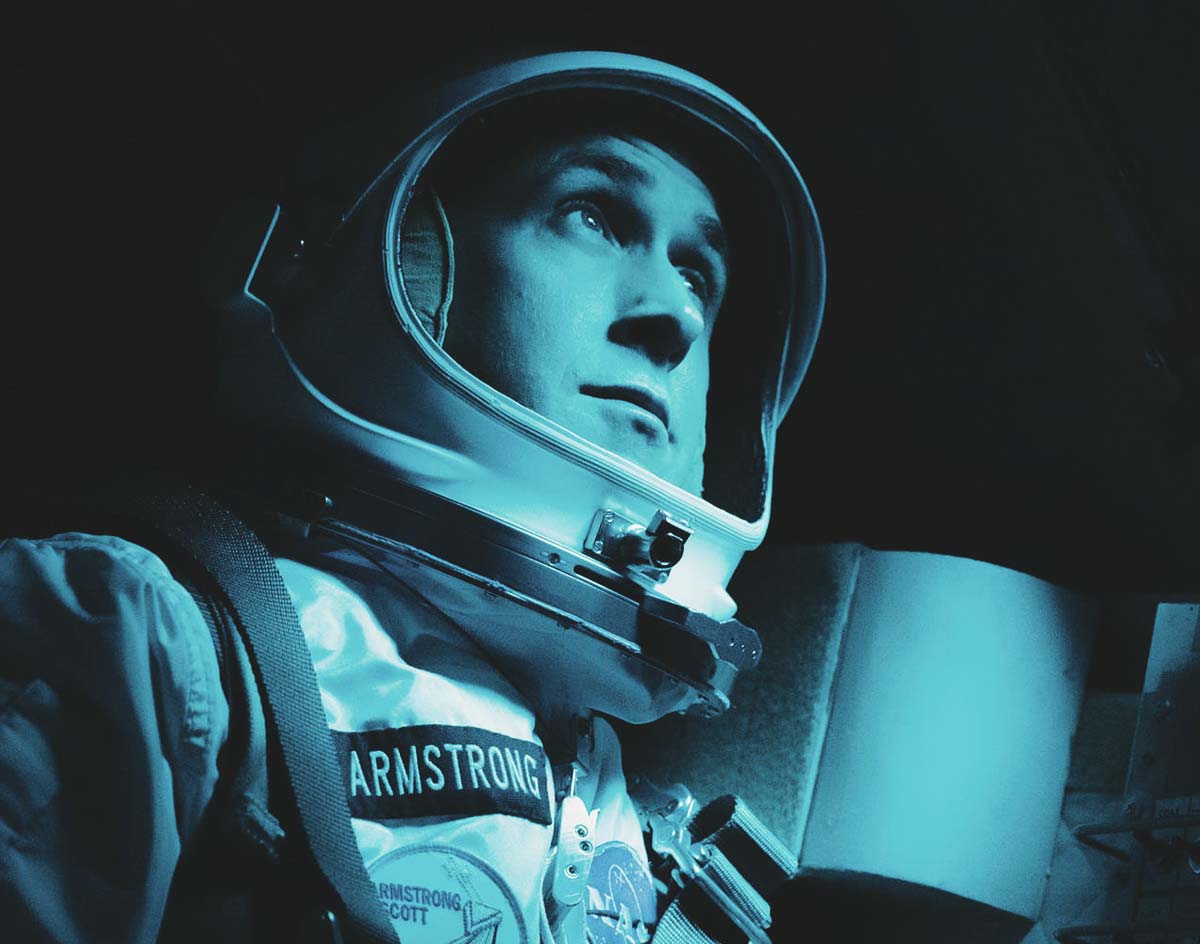 “We got really good at funerals that year,” Janet Armstrong (Claire Foy) tells her neighbors as they give her a ride home from another funeral. Neil (Ryan Gosling) has already left the reception, unable to handle the fact that yet another one of his friends and colleagues has been buried.

The specter of death hangs over almost every frame of Damien Chazelle’s First Man, setting it apart from the problem-solving thrills of The Martian or the sci-fi horror of the Alien series. This is real life, where one instrument failure can cause you to spin out of control, or one spark can engulf an entire rocket in a few seconds.

Gosling is back in stoic mode as the NASA engineer throwing himself into his work, often at the expense of his family. The film is even more domestic drama than action movie, even though its outer space set pieces will have you gripping the armrests (and possibly looking for a barf bag).

Chazelle, only 30 years old when he won the Oscar for Best Director for La La Land, has taken yet another leap as a filmmaker here. In his depiction of Neil’s heavy burden, the Armstrongs’ rocky marriage and the especially tense cockpit scenes, he’s showing signs of a filmmaker who’s matured greatly.

It helps that the cast is stacked with “That Guys,” great character actors you probably recognize, but don’t know their names. Jason Clarke gets the most to do as Ed White, the first American to walk in space. But the rest of the cast, including Lukas Haas (as Michael Collins), Shea Whigham (as Gus Grissom) and Pablo Schreiber (as Jim Lovell), all shine. Special props to Corey Stoll (House of Cards) as Buzz Aldrin, although it’s uncertain how the real-life Aldrin will receive his portrayal as a royal asshole. Hell, even Leon Bridges has a cameo.

Ultimately, this is Gosling’s movie, even though he’s giving the opposite of a showy performance in his screen time. This is not the arrogant show-off of Crazy Stupid Love or La La Land. The quiet reserve that served him well in Drive and Blade Runner 2049 allows him to turn one of his best performances to date.

In making the extraordinary achievement into a personal journey, Gosling and Chazelle have delivered one of the year’s best films.