Bwah! All 13 King Of The Hill Seasons Are Now On Hulu! 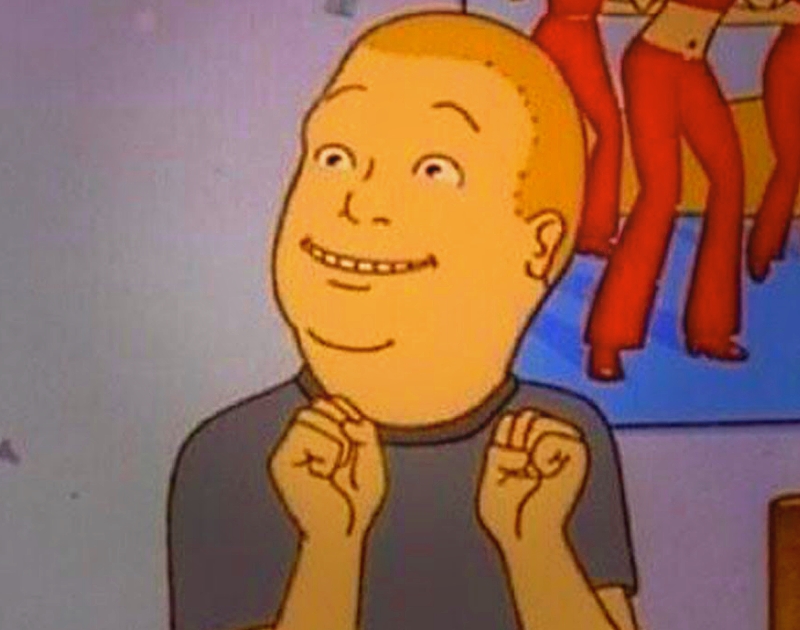 I Tell You What: You Can Now Stream All 13 Seasons Of Mike Judge’s Classic North Texas-Set Animated Series King Of The Hill On Hulu.

Bwah! As of November 1, the streaming service Hulu has retained the streaming rights to a bunch of popular primetime animated series, including Bob’s Burgers, the Seth MacFarlane trifecta of Famliy Guy, American Dad! and The Cleveland Show, Futurama and — yes, we saved the best for last, here — all 13 seasons of King of the Hill.

This follows a deal from earlier this summer that gave Comedy Central rights to air the show as well.

Set in the fictional town of Arlen, Texas (itself an amalgamation of North Texas suburbs, including the similar-sounding Garland and Richardson, where creator Mike Judge once lived), King of the Hill aired on FOX from 1997 until 2010, giving Dallas its most prominent televised representation since, well, Dallas.

Exciting as it is to have on-demand access to 259 installments of Hank hawking propane and/or related accessories whilst simultaneously bemoaning do-nothing liberals, we also wonder if the news lends any more credence whatsoever to news of a potential King of the Hill reboot. Perhaps the move is potentially motivated as a test-of-the-waters, as it were, to see if it remains popular as ever in these republican news cycle dominating times.

Hey, stranger things have happened (we’re looking at you, Family Guy), and now that Judge has wrapped another season of his Tales From the Tour Bus series for Showtime, maybe he’s got a little more time on his hands to, say, show us what adult Bobby Hill turns out like after eight years away from the limelight.

I mean, he hadn’t even hit his growth spurt, and he was already a stud.