The Best Signs From The 2018 Dallas Women’s March. 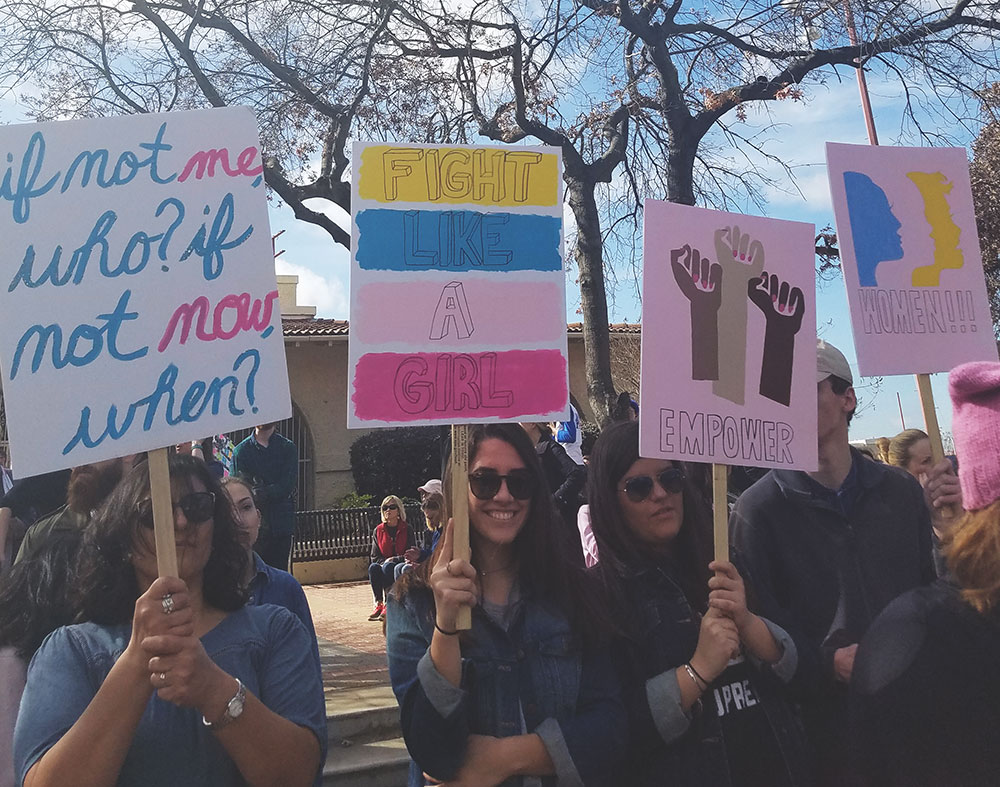 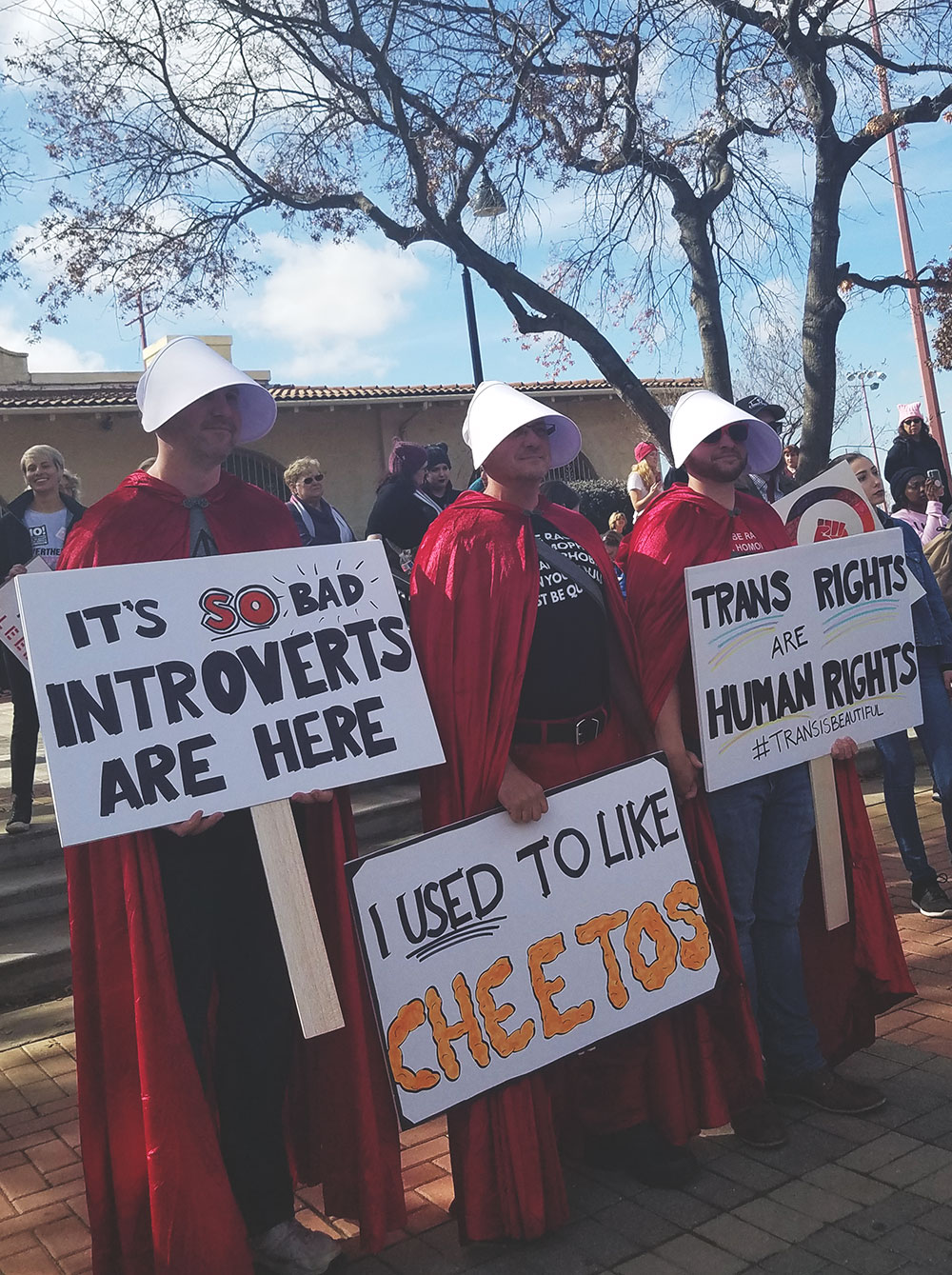 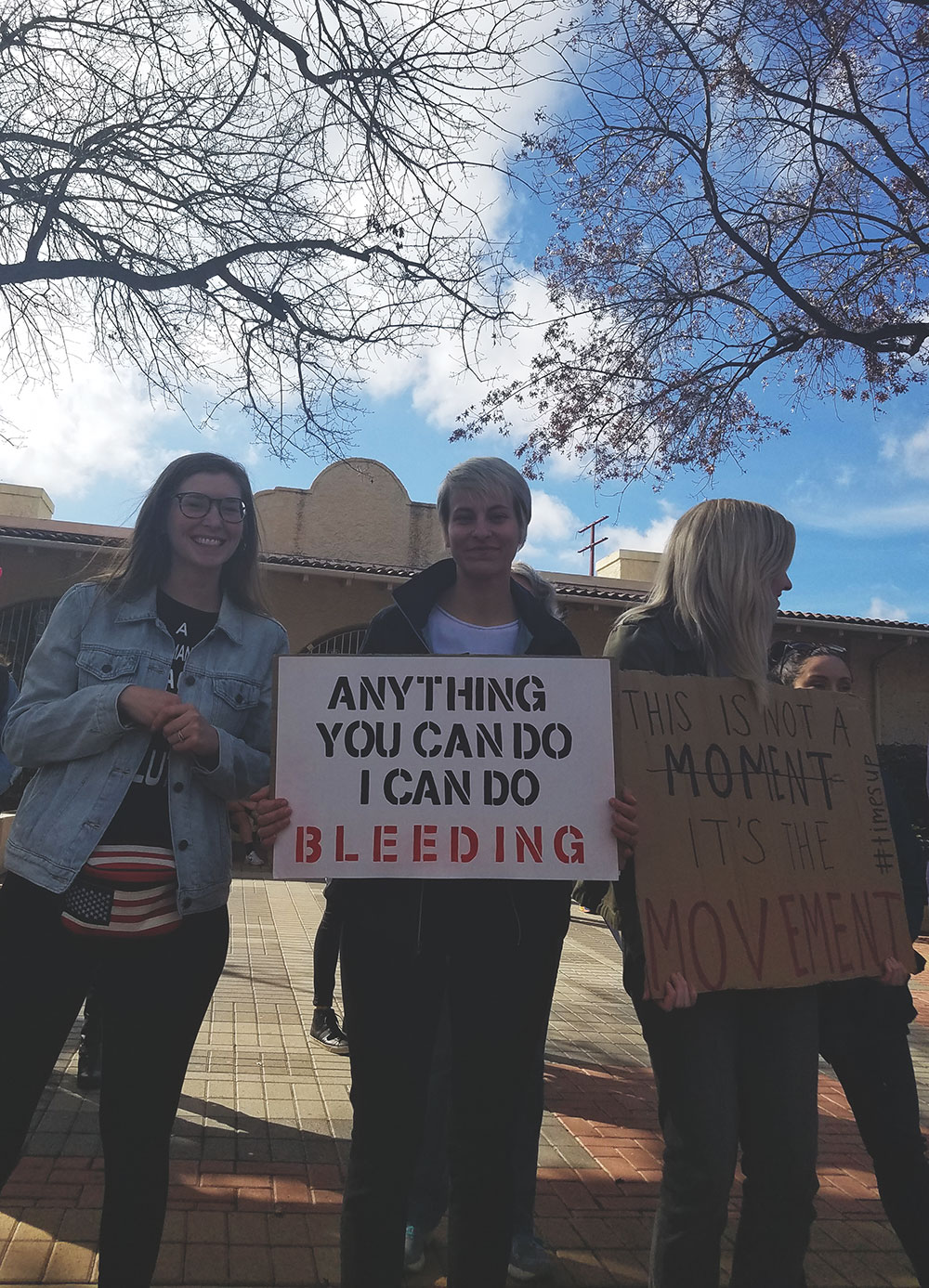 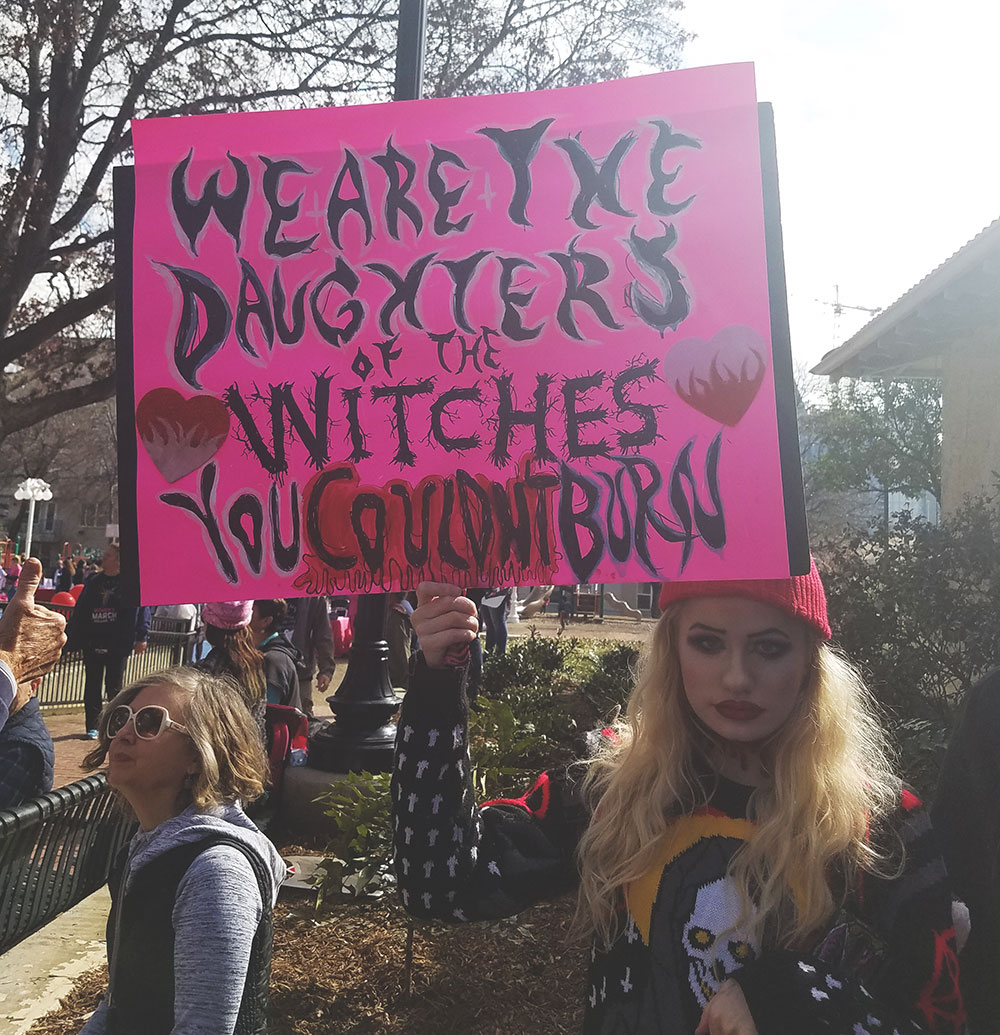 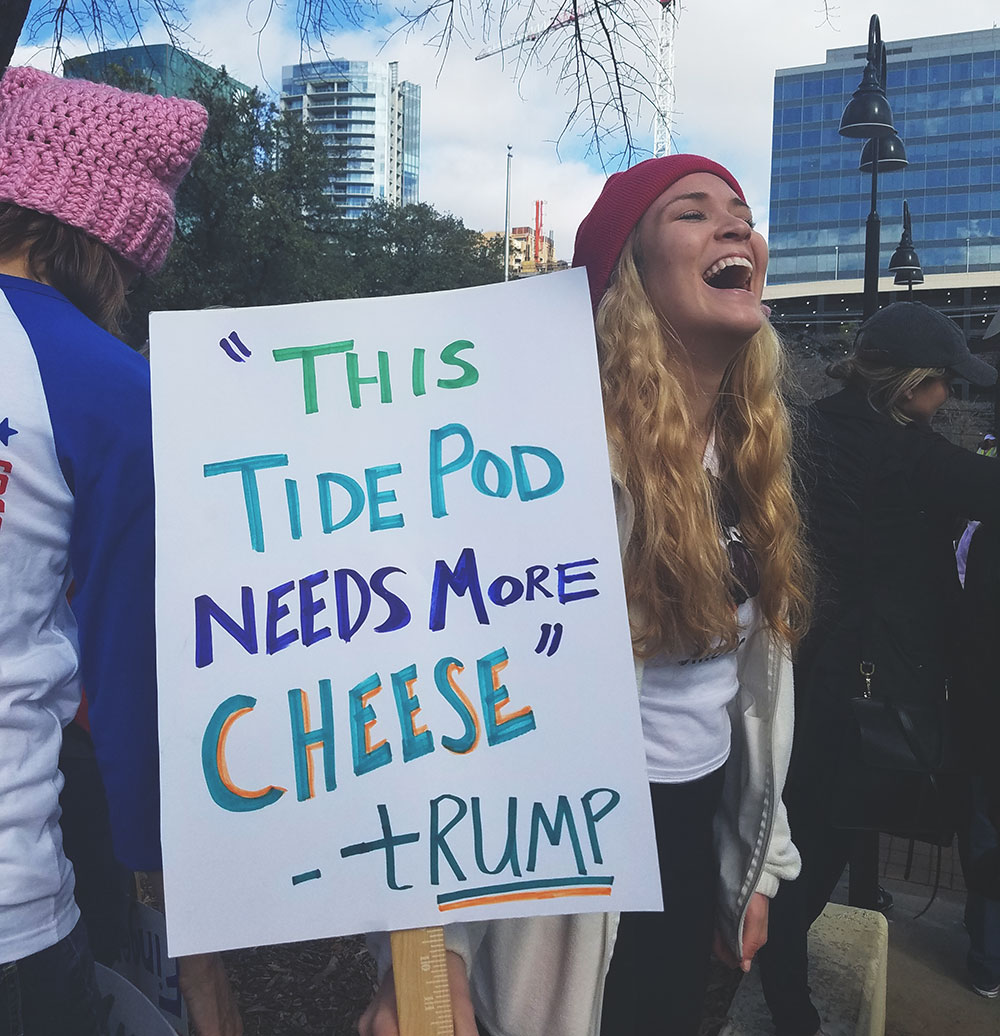 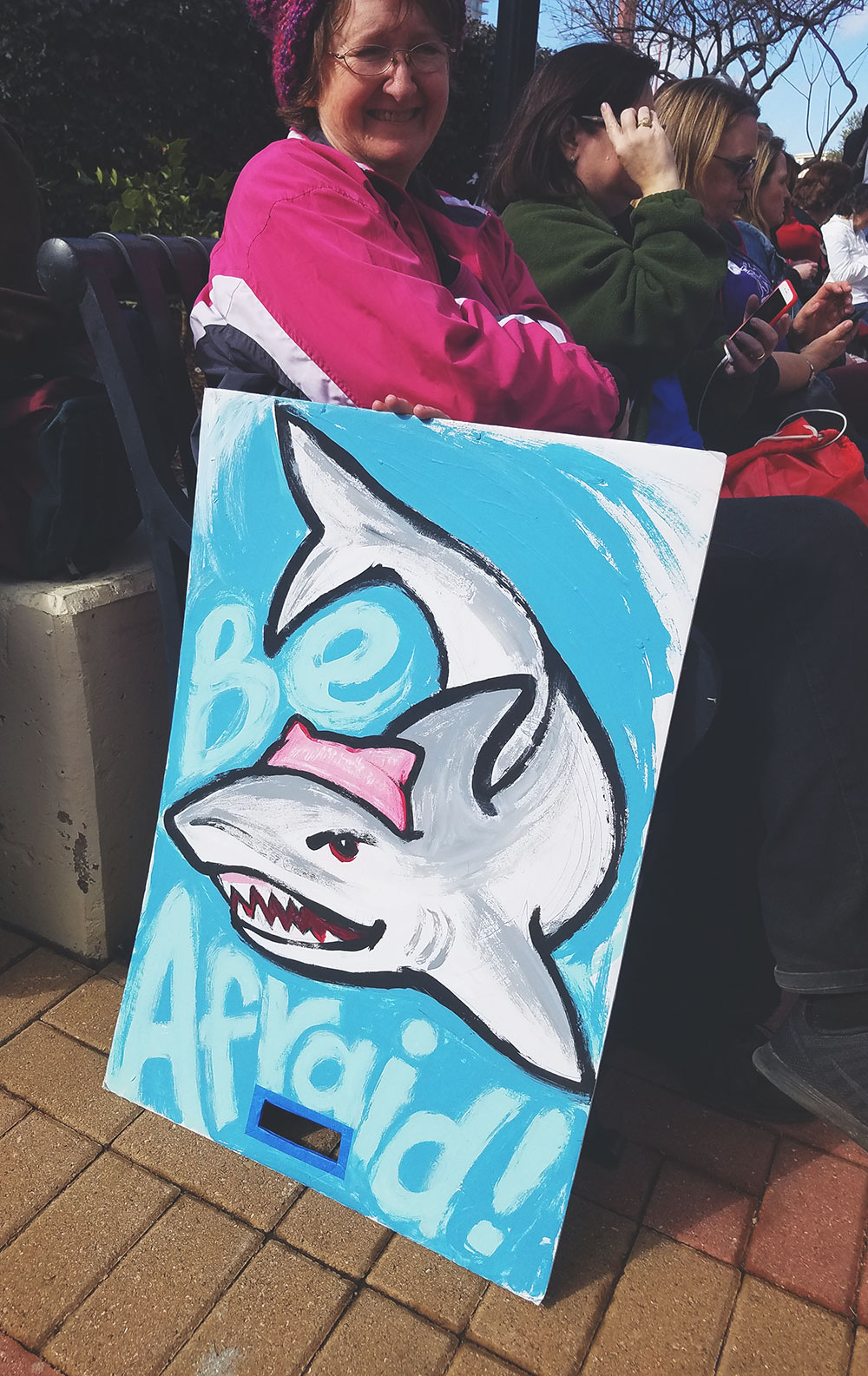 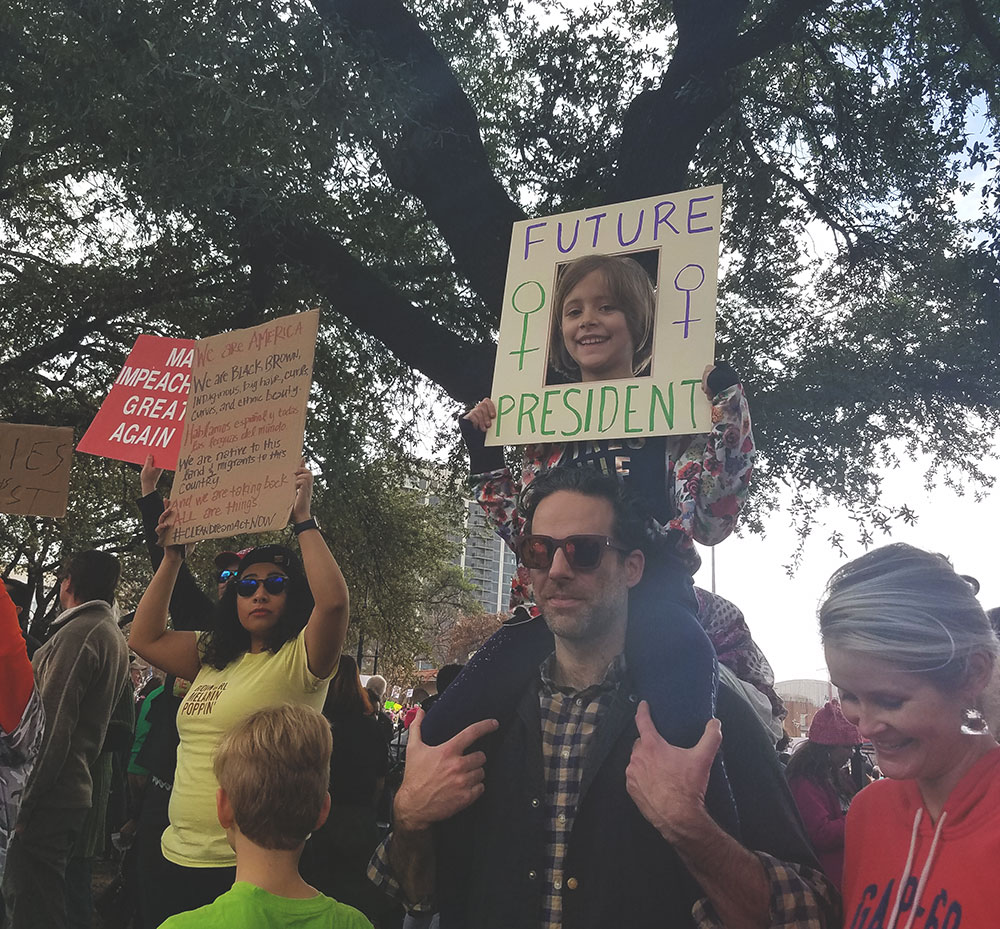 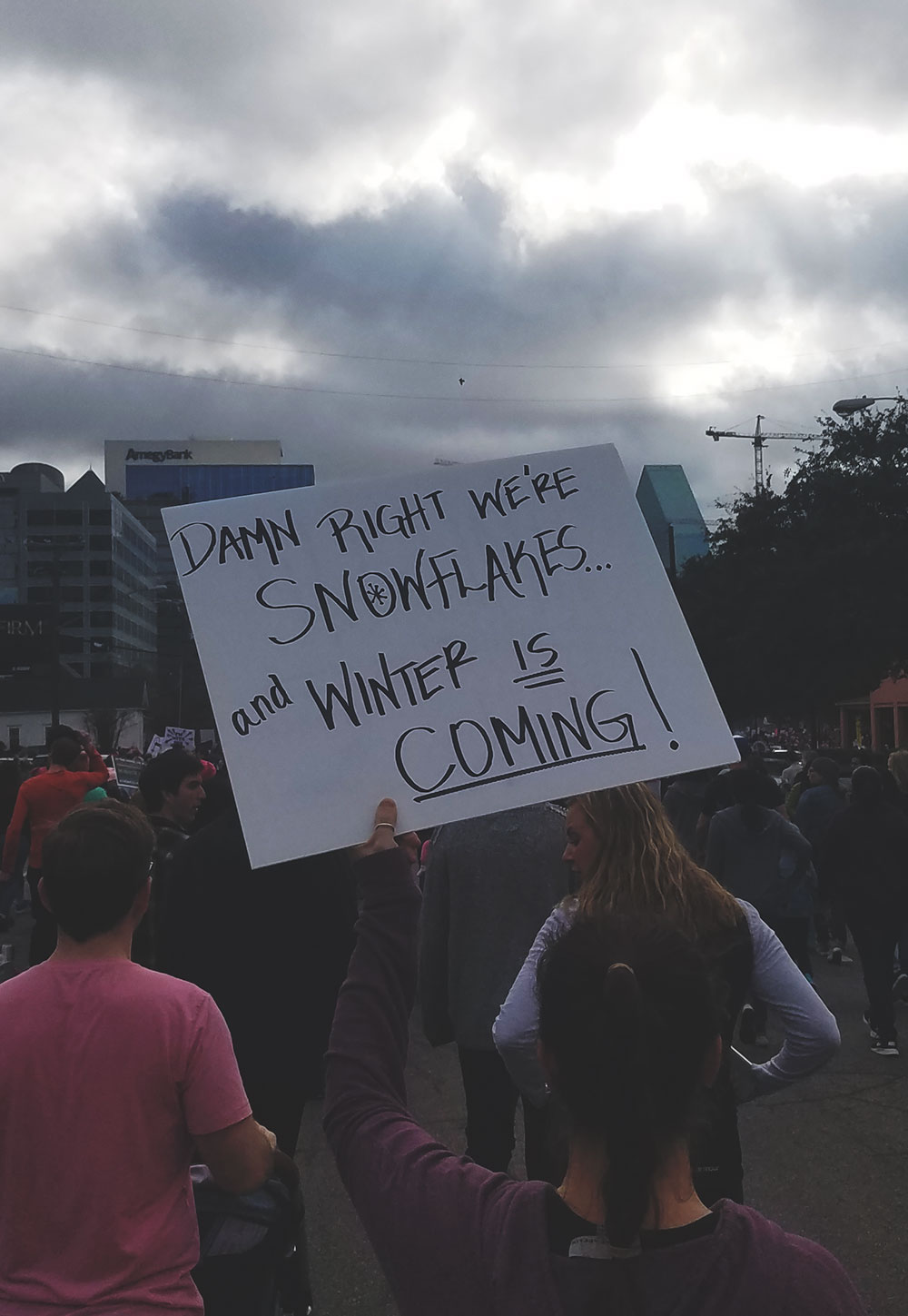 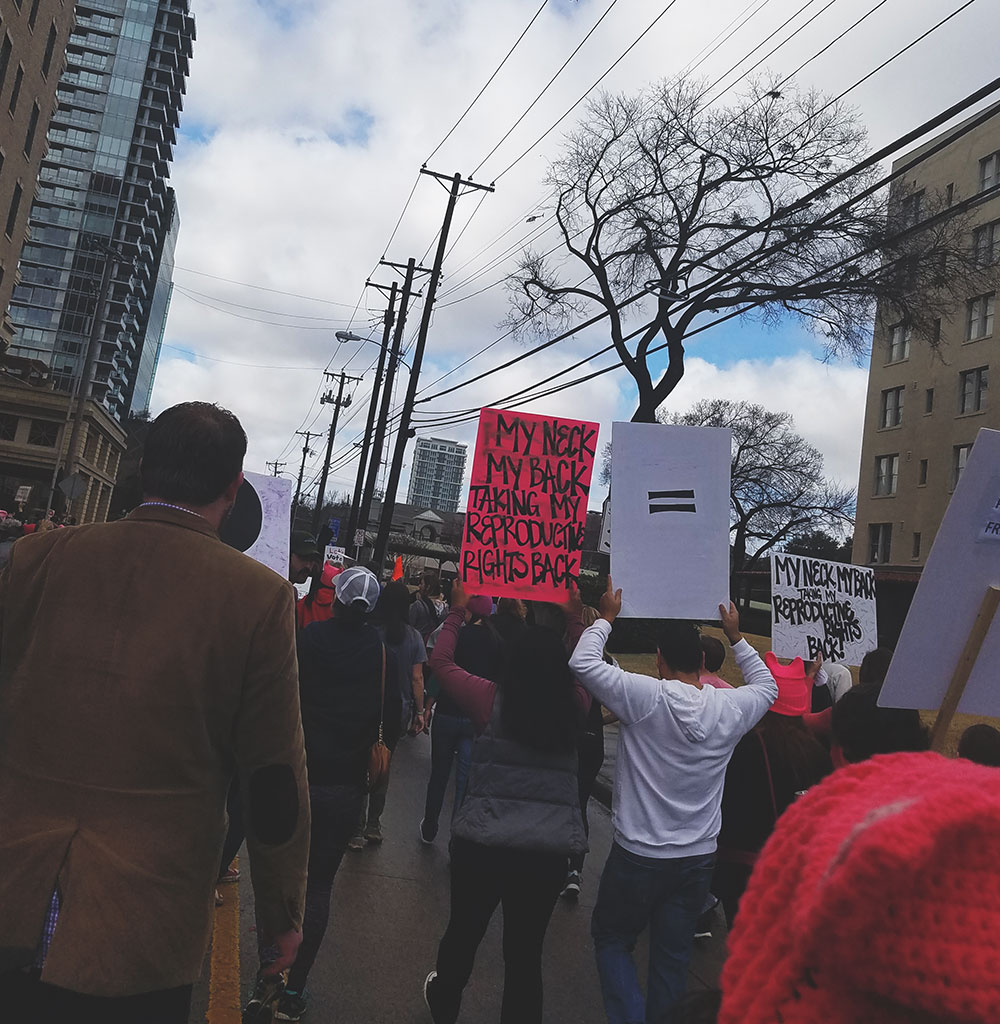 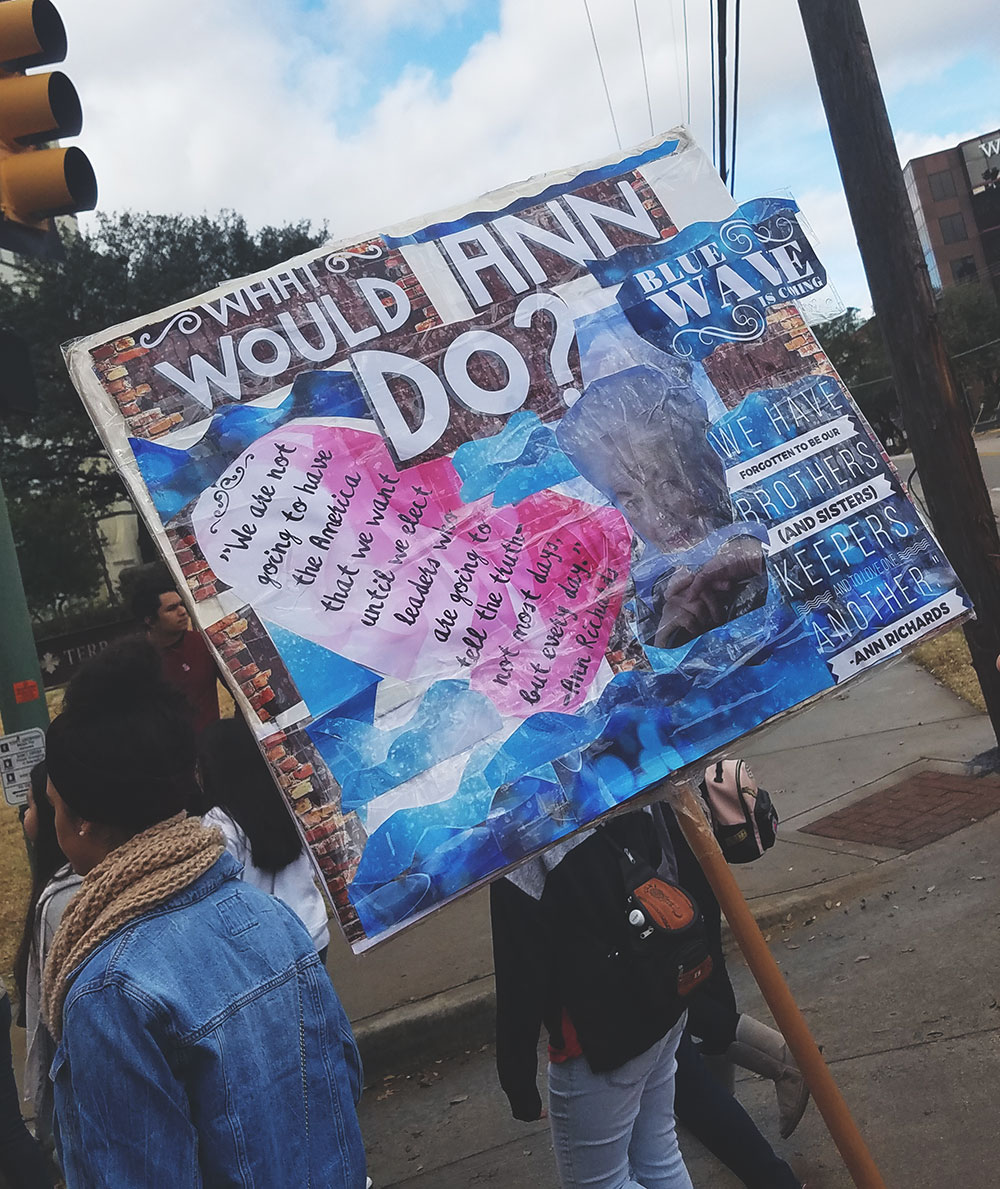 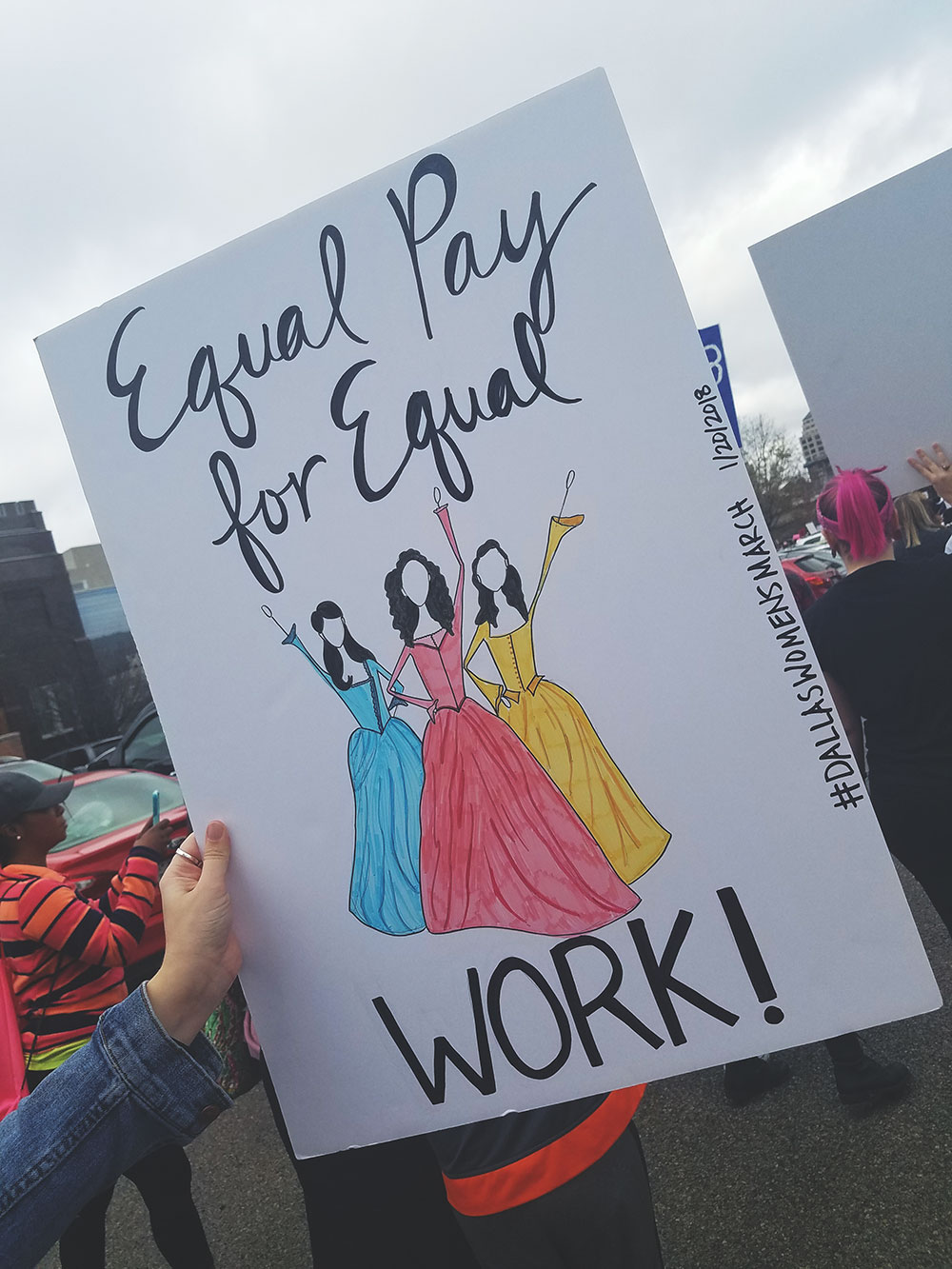 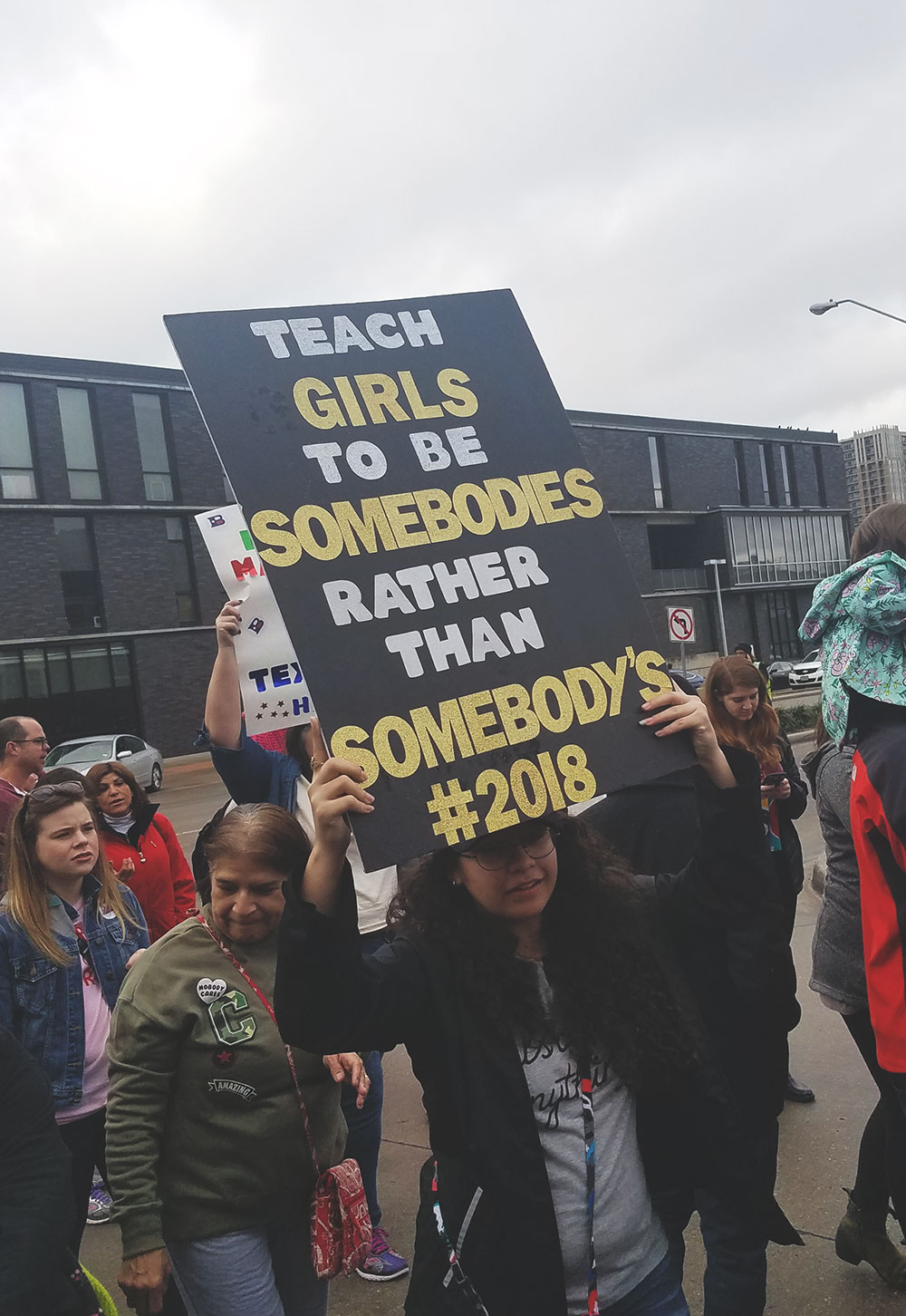 “We Are The Daughters Of The Witches You Couldn’t Burn,” “Anything You Can Do I Can Do Bleeding” And Other Signs We Loved From Saturday’s March.

As was the case with last year’s affair, Saturday’s Dallas Women’s March was not the only activist gathering going down in town over the course of its weekend. Hell, it wasn’t even the only one happening on Saturday, as it faced competition from an Impeach Trump rally at City Hall and the North Texas March for Life that ended at Downtown Dallas’ Earle Cabell Federal Courthouse.

Over the course of the march, which started in the Arts District and ended in Little Mexico, hundreds of signs provided biting commentary to topics such as equal pay, the #MeToo movement, immigration and more. Aside from the one surprisingly out-of-place sign we saw — the guy walking around with a sign that read “This dude respects women” with an arrow pointing down at himself may have meant well, but kind of missed the whole point by making his message all about him — the many placards proudly carried across the city on Saturday morning were more than just on message. They were powerful and oftentimes hilarious declarations of pride and displeasure.

Snapping pictures of every impressive sign we saw over the course of the march would’ve been an impossible task — batteries only last so long — but, in the above slideshow, we’ve compiled a collection of our favorite signs from the march.