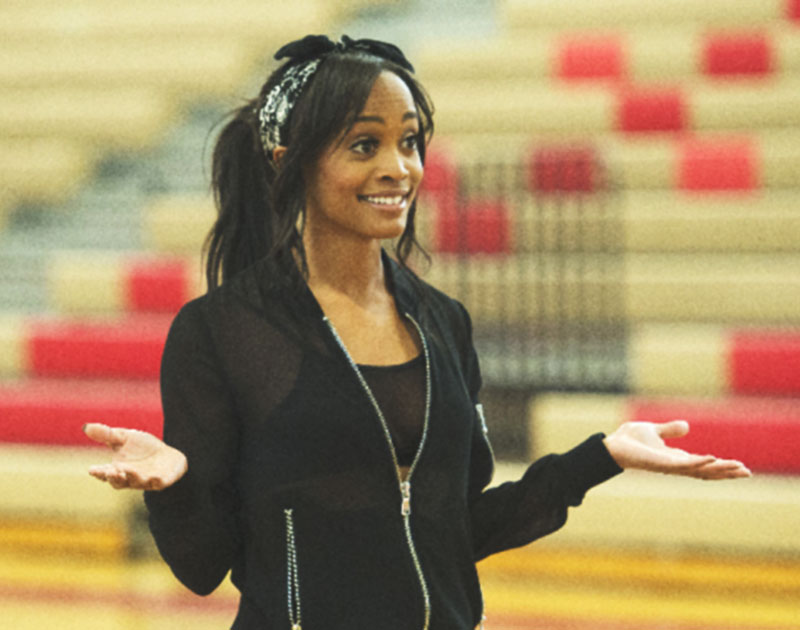 Boy are we: The second week of Dallas lawyer Rachel Lindsay’s season of The Bachelorette brings with it this run’s first group dates and a one-on-one date. Better still, it brings some characters to the forefront — yes, there are plenty of WABOOMS — as other suitors drift to the background.

Our gal Rachel even has some help from a couple of celebrities this week — legit ones, too. During the “Husband Material” challenge, Ashton Kutcher and Mila Kunis come by to help. Then, during the basketball group date, Kareem Abdul-Jabbar steps in as coach. No, these names don’t add anything substantial to their respective dates, but their commentary makes for good laughs, like when Kunis asks which of the guys has health insurance — always a solid question when looking for a husband.

We also see our first bachelor sent home during an actual date, but more on that later.

Shirtless Men: 6. There’s a quick glimpse of some bachelors sitting at the pool! We’ll take it!

Confrontations: 2. Blake continues his disdain for Lucas and brings up Lucas’s ex. Blake also gets the group to confront Lucas about not being on the show for Rachel but rather to be on TV. Blake even tells Rachel that Lucas brought makeup with him so he will look flawless on camera. Blake is really out here!

Exes Mentioned: 3. This one ties in with the second confrontation. Turns out, DeMario has an “ex” — and she shows up at the at the basketball date! Seems DeMario never really broke it off with her, and she’s pissed. He says he broke it off, but his ex says he did not. Old messages on her phone even come into play, and Rachel is having none of DeMario’s flimsy explanations. She rightfully tells him to “get the f*** out”. Apparently, DeMario’s definition of “in a relationship” didn’t line up with his ex’s definition. Relationships are hard! Either way, Rachel is done with him.

Dean receives the group date rose during the “husband material” date. He has a sweet, nervous energy when he’s around Rachel; they laugh a lot, which is obviously a good sign. Peter gets the first solo date of the season and bonds with Rachel over the fact that they each have a gap between their two front teeth. It’s adorable, and the who seem at ease with each other. Plus, Rachel and Peter got to have their date with Rachel’s dog Copper, and together they hang out at a dog party complete with pools and a photo booth. How fun is that??

We Have A Villain!

Lucas just continues to rub people the wrong way. But he’s not necessarily villain material. We say to keep a eye out for Lee, the songwriter. There’s this one random scene with him chatting and being a little too cocky. Think about it: That scene was shown for a reason.

This show likes pulling in drama from people’s past, huh? Obviously, DeMario’s ex shows up. Also, Fred and Rachel know each other from grade school and Rachel still can’t get past how Fred used to behave as a third-grader, which means things don’t look so good for him. Lastly, Blake and Lucas knew each other before the show. Now, OK, there might normally be one of these storylines in a single series of this show — but three? The producers are really going all out to guarantee interesting TV this year.

No offense to Ashton, Mila or Kareem, but Copper was the real MVP this week. More Copper in future episodes, please!

Rachel continues to impress with how she handles herself on screen. Even during the DeMario ridiculousness, she’s composed and likable and never overwhelmed. Even when DeMario shows back up at the end of the episode, and we’re left with a cliff-hanger and no rose ceremony, she’s got this. Or does she?!?!?!