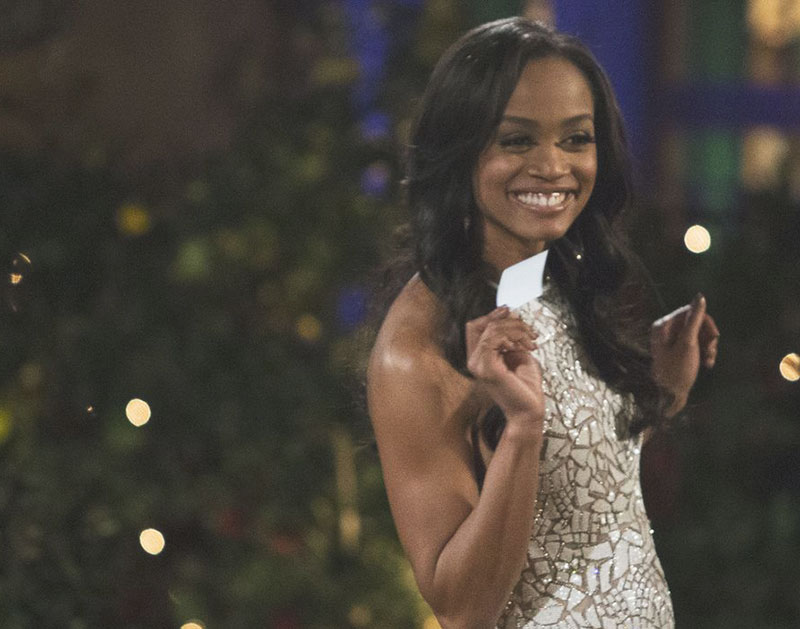 And, this time, all of Dallas will be watching. Or it should be, anyway. That’s because hometown girl Rachel Lindsay is the new Bachelorette! She’s smart, successful and she’s ready to meet her husband, y’all.

ABC has really pulled out all the stops for her this season, too. This year’s roster of suitors is one of the more diverse groups the show has ever seen, which is something that ABC will probably cringingly make sure to point out several times over the course of this season as they attempt to pull further play their “See, we’re not racist!” card after having made Rachel the first black lead in the show’s whopping 33 runs. Last night’s season premiere certainly saw plenty of that, that’s for sure.

Mostly, though, the show was your typical season-opening episode filled with weird limo entrances, cliché lines about love and stress over who will be getting the first impression rose — except that, well, this episode was also strangely funny! I’m not sure if it was the personalities or how at ease Rachel seems on camera, but this one really wasn’t as boring as the first episodes normally go with this series. There are some big personalities among the fellas! That’s good news for producers — big personalities are perfect for creating drama.

Now, onto our statistical analysis of the first episode of the season!

The Bachelorette By The Numbers (Episode One)!

“I Love You” Utterances: 2. This number is kind of cheating, I concede. One instance of an “I love you” utterance in this episode came in a flashback package about Rachel getting dumped during Bachelor Nick’s season. The other one came when new suitor Lucas got called for the last rose. No one seems in love here… yet.

Shirtless Men: 0. Ugh. This made me sad. No one even jumped into the pool!

Bro Hugs/High Fives: 0. But there was some tickling by Jonathan “the Tickle Monster”, which is never OK. Don’t tickle people you have just met!

Cries: 1. And it was bad. Seriously, dude, it was the first night. You met her for maybe 20 minutes, man!

Drunk Antics: 1. Our man Mohit cannot hold his alcohol. He didn’t do anything too stupid, granted. Just some stumbling around. But you’re on TV, man. Act better!

Kisses: 2… by one dude. So suitor Bryan swooped in there right away. An aggressive play, no doubt. But it paid off, and he walked away with the first impression rose. Watch out for this one.

Confrontations: 1. Blake doesn’t like Lucas. Blake thinks Lucas is just here to be on TV. I think Blake is correct, for what it’s worth. Watch for these two to have a two-on-one date later in the season. It’s basically a sure thing.

Exes Mentioned: 0. Well, not counting Nick anyway. But if the season promo is any indication, we are going to see an ex-girlfriend in the flesh! Exciting!

WABOOOOMs: 25. OK. So, this guy Lucas has a catch phrase, “WABOOOOM!” And he likes to say it — a lot. Plus, he has a shirt with this catchphrase that he wore to the party. In his opening package, he said it 10 times. Ten! During the cocktail party, it was said by him or others a total of 15 times. Over the course of the two-hour season premiere, this phrase was said 25 times. That’s 24 times too many, at least!

Bryan got the first impression rose, which is a big deal. He will go far. Rachel seems smitten with him. Jack and Josiah have the token sympathetic backstories — one’s mom passed away in high school, and the other cut his brother down from a tree after the brother hung himself for being bullied. Heavy stuff — and, honestly, just the sort of thing ABC producers love!

You guys. Fred and Rachel went to the same grade school. We’ve never seen this before in a Bachelorette or Bachelor season. Rachel can’t seem to get past the fact that Fred had some behavioral problems as a third-grader, which probably doesn’t bode well for Fred. But if we’re 33 season into this show and we can still get curve balls, I think that bodes well for us, the viewers.

I am so happy The Bachelorette is back. Not counting “WABOOOM” shouts, there were some genuinely solid antics in this opening episode, and some of this year’s cast members genuinely seems like solid people. Of course, some of them are also clearly auditioning for a place on Bachelor in Paradise this summer, and others are just looking to up their Instagram followers. But I really think some of them might be here for the Right Reasons!

Next week, we start with group dates and the one-on-ones. Let the drama begin!