Stormy Daniels To Earn Big At Bucks Wild This Weekend. 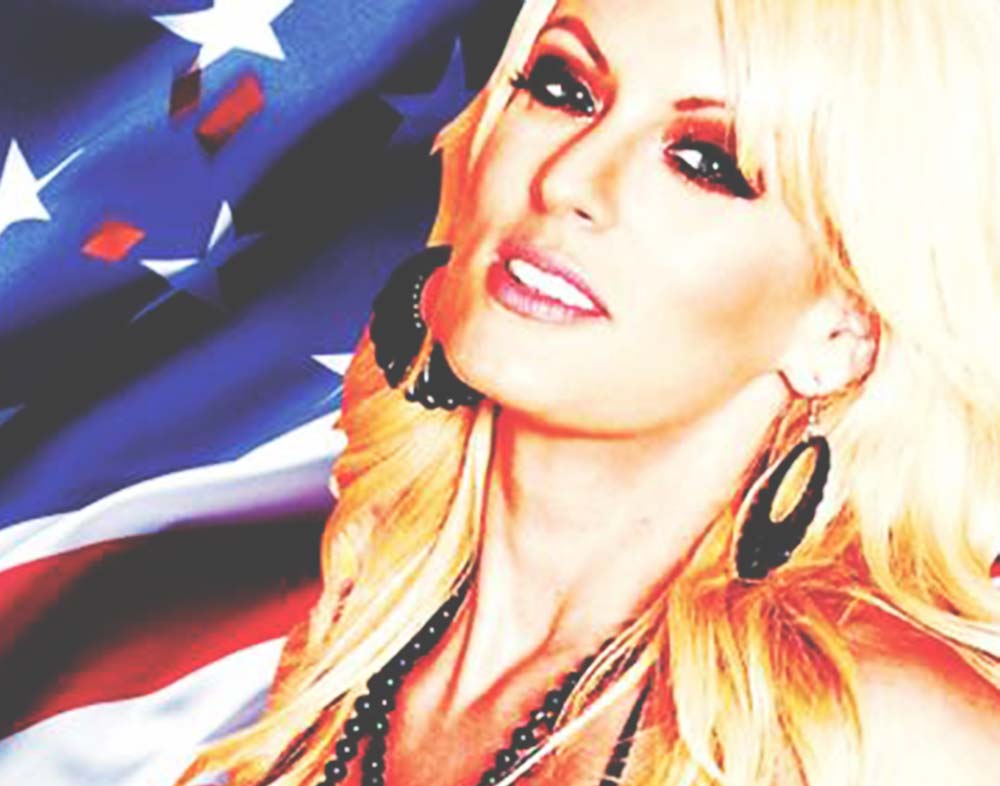 A Former Industry Pro Says Stormy Daniels Could Make At Least $20,000 Between Her Friday And Saturday Strip Club Appearances In Fort Worth And Dallas.

Stormy Daniels may be scheduled to bare all this weekend in North Texas. But don’t expect her to tell all.

Though the Forney resident born Stephanie Clifford, who makes her living as an adult film actress and director, has been making the national media rounds of late to shine a light on her alleged affair with President Donald Trump, her back-to-back appearances this weekend at the North Texas locations of the gentlemen’s club Bucks Wild aren’t expected to find the performer doing much talking.

That’s A-OK with Bucks Wild regional manager Jimmy Recard. Despite reports that Daniels’ stops on along her tour may be under-performing, Recard says he’s expecting strong turnouts as Daniels appears at Fort Worth’s Bucks Wild this Friday and then Dallas’ location on Saturday. And with political or Trump-related discussion with Daniels reportedly off the table, Recard is pleased that he can keep his business focused on running the operations it knows best.

Still, Recard concedes, that doesn’t mean there isn’t ample hype for Daniels’ appearances at his clubs.

“Compared to other features, it’s a much bigger deal,” Recard says. “Clearly, it’s going to bring it a lot of business on those nights. But we don’t expect her show to be much different than the usual.”

Well, maybe on the night of the show. In the build-up to this weekend, Buck Wild has upped its promotions some, buying billboard ads, radio spots and offering presale ticket sales — open acknowledgements that these events could appear to more than just club regulars.

For Bucks Wild, that could mean big money.

“We’re gonna make the most of it,” Recard says, while declining to comment on any specifics about the deal the club has worked out with Daniels.

But while Recard wouldn’t say how much Daniels is making from each appearance, a former Dallas-area gentlemen’s club professional who spoke to Central Track on condition of anonymity was willing to speculate some.

Factoring in that Daniels is “past her prime” as an adult entertainer — but at the same time keeping in mind that she likely a more recognizable name than she ever has been before given her associations with President Trump — our source says that Daniels likely stands to make between $3,500 and $5,000 on booking fees alone for each of her stops along the “Make America Horny Again” tour. Tack on tips, DVD sales and photo opportunities, and our source says Daniels could be looking at earning an extra $2,000 per routine at these performances. Consider that Daniels is scheduled to perform twice at each tour stop — once at midnight and again at 1 a.m. — and it’s likely that Daniels could make $20,000 over the course of the weekend. It’s not a bad haul, considering she’ll be working just a stone’s throw from her own house on these nights.

Daniels indeed appears to be making the most of her name recognition these days. Since jumping into the national conversation, Forbes reports that Daniels has inked a lucrative deal to direct adult films, while at the same time tripling her number of adult club bookings. In all, Forbes estimates that Daniels’ previously low-six-figure annual income is likely to double in 2018 thanks to all of her newfound attention.

Money has played a big role throughout Daniels’ transition from your browser’s incognito tab to Twitter’s trending topics pages this year. She became a fixture of news reports beginning in January, after details surrounding her alleged affair with the president came to light, along with the reveal that lawyer Michael Cohen had paid Daniels $130,000 — on behalf of then-candidate Trump, allegedly — to keep quiet about it.

But, while some have criticized Daniels for using her new celebrity status as a cash grab, the anonymous industry professional we spoke with praised the entertainer for her business acumen.

“This is a case of media jacking,” the source says. “Ms. Daniels is attempting to make the very best of the situation in the twilight of her career, provided this 15 minutes of fame. I wish the best of luck to her and the venues, what with their investment of time and money.”