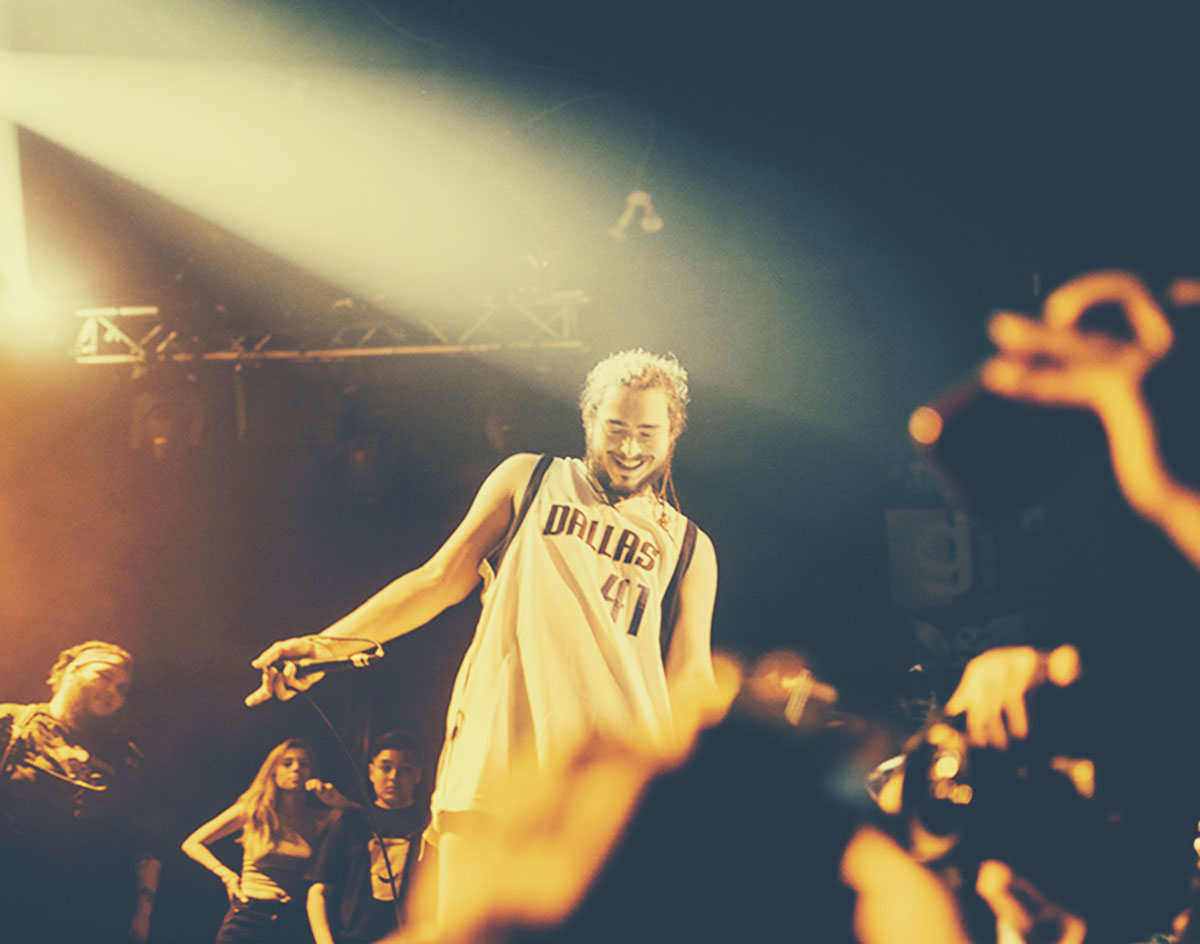 After months of speculation, Post Malone confirmed some big news during a guest spot on The Tonight Show with Jimmy Fallon earlier this week: When the Grapevine-raised pop star‘s second annual Posty Fest returns to North Texas for its second annual go on Saturday, November 2, it’ll do so at AT&T Stadium in Arlington.

Post Malone’s inaugural attempt at hosting his own hometown music festival last year went down on Sunday, October 28, at Dos Equis Pavilion in Fair Park. In addition to Post Malone, that first run, which sold out its 20,000-capacity venue more than two months ahead of taking place, featured guest performances from contemporaries including Travis Scott, Tyler the Creator and more.

Despite one particularly scathing Washington Post review of the first-year festivities, the July-announced November return of Posty Fest now undoubtedly appears to be scaling significantly upward with its second attempt.

AT&T Stadium boasts a capacity of around 100,000 for Dallas Cowboys home games, and can be scaled to various sizes for concerts and, as we saw at KAABOO Texas’ debut in May, for full-scale festivals.

It is not yet known how Posty Fest plans to lay itself out on AT&T Stadium’s grounds. At this point, the festival is scant on details beyond its date and venue; all pertinent lineup and ticket information is still to be released.

Still, while Post Malone has taken to playing dive bars of late, the artist appears eager to be going big with his festival’s return.

During Tuesday night’s interview with Fallon — in which the artist born Austin Post also announced a new album set to drop in September and teased audiences with a 30-second clip of a new song called “Circles” — Post Malone said he was looking forward to hosting Posty Fest 2 in the stadium “where god’s favorite football team plays.” He also said the setting was extra special, since his father Rich Post works as the Cowboys’ assistant director of food and beverage.

“I’m excited,” Malone said. “It’s kind of like dreams [do] come true. My dad worked there — that’s why I moved to Texas. It feels good to be able to play AT&T Stadium.”