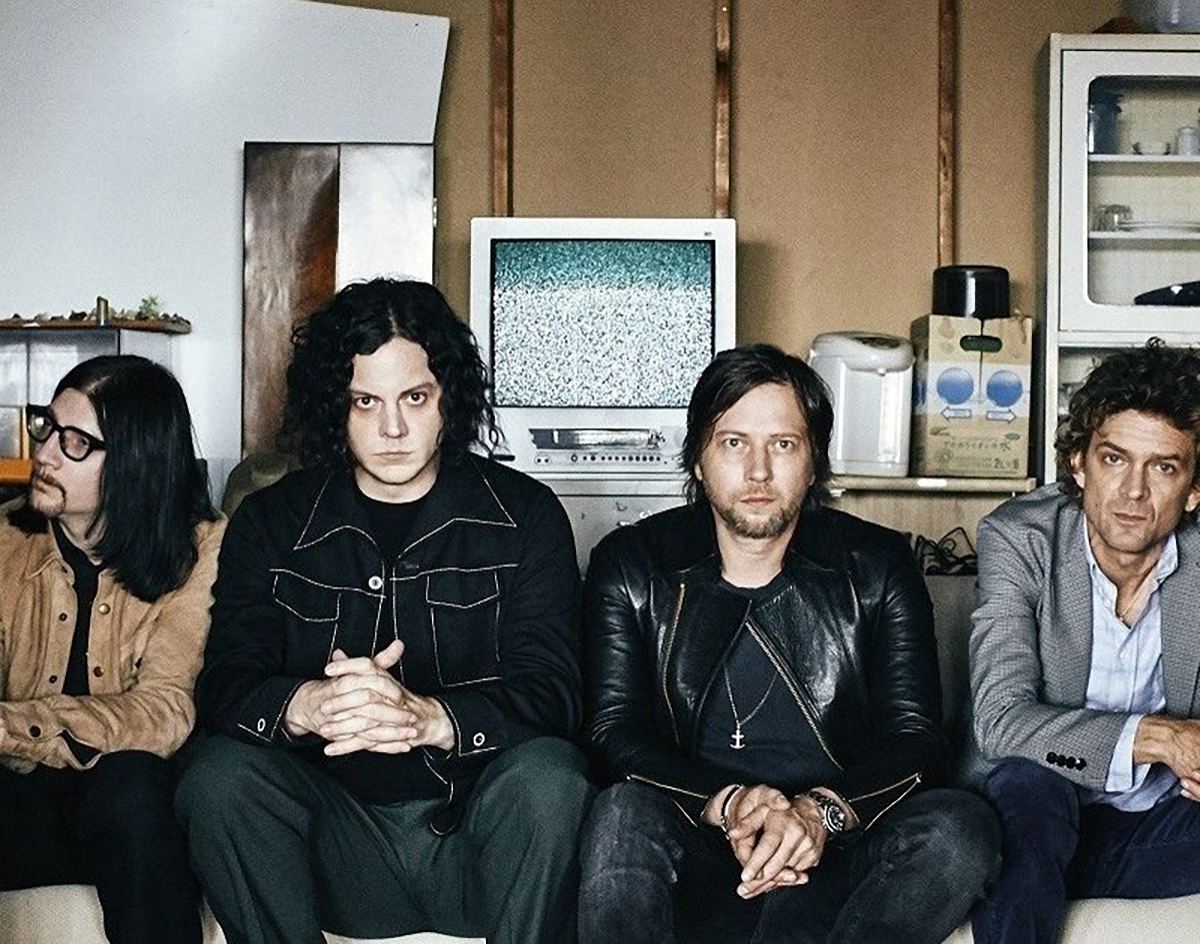 The Obsessed
Friday, August 16 at Andy’s Bar
On sale now.
This doom-metal band has been around since 1976 and was one of the first bands in the U.S. to draw from Black Sabbath’s sound. These days, members of Spirit Caravan comprise the band’s current lineup.

ABBARAMA
Thursday, August 22 at Canton Hall
On sale now.
This ABBA cover band is from Sweden, so the experience should feel more authentic than your average ABBA cover band.

Dance Yourself Clean
Friday, August 30 at Trees
On sale now.
This is an indie-pop dance party that occasionally makes its way through our neck of the woods. If dancing to M83, Sylvan Esso and Toro y Moi sounds like your speed, then hey, give this a shot.

Ask Me Another
Saturday, September 7 at Majestic Theatre
On sale now.
NPR’s Ophira Eisenberg-hosted game show has such a dedicated following that the-powers-that-be decided to bring it on the road. Neat!

Black Tusk
Saturday, September 7 at Club Dada
On sale now.
Even after the tragic death of former bassist Jonathan Athon, these guys have kept at it. This Savannah, Georgia band shares a hometown with two other established sludge-metal acts: Baroness and Kylesa.

Man With a Mission
Tuesday, September 10 at Canton Hall
On sale now.
This Japanese rock band wears wolf masks during their shows. They also collaborated with Fall Out Boy’s Patrick Stump on a single and performed the opening theme song to Inuyashiki.

Highly Suspect
Saturday, September 21 at Bomb Factory
On sale Friday, July 19 at 10 a.m.
This Cape Cod-based trio has been making waves in the alt-rock radio scene as of late. They sold out Bomb Factory last year, and you know what they say about history repeating itself.

Corrosion of Conformity
Tuesday, October 1 at Canton Hall
On sale now.
Back in the ‘80s, the rise of hardcore punk gave life to a plethora of branching subcultures. Along with D.R.I. and Suicidal Tendencies, Corrosion of Conformity stands as one of the pioneers of crossover-thrash, a subgenre that blends the styles of Black Flag and Flipper with those of Slayer and Testament. The band would eventually go through numerous lineup and stylistic changes over the years, and in the process, sign to Columbia, make a fortuitous climb on the Billboard charts and collaborate with James Hetfield.

Masked Intruder
Tuesday, October 1 at Three Links
On sale Friday, July 19 at 10 a.m.
Masked Intruder released its third album, Masked Intruder III, in March via Pure Noise Records. Having been the opener on recent tours for the likes of the Interrupters and Less Than Jake, this Wisconsin-based band is headlining this time around.

BJ the Chicago Kid
Friday, October 4 at House of Blues
On sale Friday, July 19 at 10 a.m.
As his stage name implies, this dude is from Chicago, and his name is BJ. BJ made a name for himself in frequently collaborating with Top Dawg Entertainment rappers such as Kendrick Lamar and Schoolboy Q. He has also worked with Kanye West, Freddie Gibbs and Big K.R.I.T. His third studio album, 1123, will be released on July 26 via Motown.

The Raconteurs
Monday, October 7 at South Side Ballroom
On sale Friday, July 19 at 10 a.m.
Jack White has a reputation for being pretentious, but the dude collaborated with Insane Clown Posse on a Mozart-inspired song and released it on his label, Third Man Records (we’re not making this up.) You can’t get any less pretentious than that. We stan.

Judah and the Lion
Thursday, October 10 at South Side Ballroom
On sale Friday, July 19 at 10 a.m.
Judah Akers and co. have been paying their dues in the alt-rock radio world for the better part of five years. After spending most of that time opening tours for Incubus, Twenty One Pilots and Ben Rector, the Tennessee-based trio seems to have developed its headline staying power.

Jai Wolf
Saturday, October 12 at House of Blues
On sale now.
Not to be confused with the reclusive English electronic and R&B artist Jai Paul, New York-via-Bangladesh artist Jai Wolf has been has been making waves in the electronic scene of late thanks, in part, to the backing of acts such as Odesza and Skrillex.

Frank Turner
Friday, November 1 at Majestic Theatre
On sale Friday, July 19 at 10 a.m.
This won’t be as good as his underplays at Three Links and Shipping & Receiving, but it’s still sick. The English folk artist is releasing his eighth full-length LP, No Man’s Land, next month.

Posty Fest
Saturday, November 2
As we reported yesterday, Stoney’s flagship festival is making a triumphant return to Dallas. Who all is playing? Where is this taking place? When does it go on sale? Time will tell, we guess.

Rob Bell
Monday, November 4 at Canton Hall
On sale Friday, July 19 at 10 a.m.
Rob Bell was a pastor until 2012, then went on to write the New York Times bestseller “Love Wins.” He also hosts a podcast that is lazily titled “The Robcast.”

Twenty One Pilots
Friday, November 8 at Dickies Arena
On sale Friday, July 19 at 10 a.m.
This is coincidentally the 21st show on this list. Also, check out the duo’s 2018 album Trench. It’s actually pretty dope.

The KVB
Friday, November 8 at Club Dada
On sale Friday, July 19 at 10 a.m.
This duo has been backed by Geoff Barrow, so you know it’s good.

Cave In
Saturday, November 9 at Club Dada
On sale Friday, July 19 at 10 a.m.
Massachusetts post-hardcore outfit Cave In sprouted from an emerging metalcore scene that boasted other greats such as Converge, Dillinger Escape Plan, Botch, Coalesce and Poison the Well. The band encountered tragedy last year when its bassist Caleb Scofield (who also played in Old Man Gloom) died in a car accident. Despite this, the band has been active, even going as far as to release its sixth studio album, Final Transmission, last month.

Omar Apollo
Thursday, November 14 at Canton Hall
On sale now.
The 21-year-old Chicano soul artist is one of many Generation Z musicians to use SoundCloud as a platform to garner hype. Said REMEZCLA of Apollo: “He’s quickly becoming one of the [Chicano independent music] scene’s most promising talents.” There you go.

The Menzingers
Friday, November 15 at Trees
On sale Friday, July 19 at 10 a.m.
The Scranton, Pennsylvania-based punk act will return to Trees this fall in support of its sixth full-length album, Hello Exile, which will be released October 4 via Epitaph Records. Tigers Jaw and Culture Abuse open.

Cursive, Cloud Nothings & Appleseed Cast
Saturday, November 23 at Trees
On sale now.
There’s a loyalty card that gets punched every time a co-headline bill gets announced, and legend has it that if you stamp it enough, you can redeem it for a free car wash.

Domo Wilson
Friday, November 29 at Cambridge Room at House of Blues
On sale now.
You may have come across her Instagram page or heard her song “Bisexual Anthem” a time or two. If you haven’t, you will.