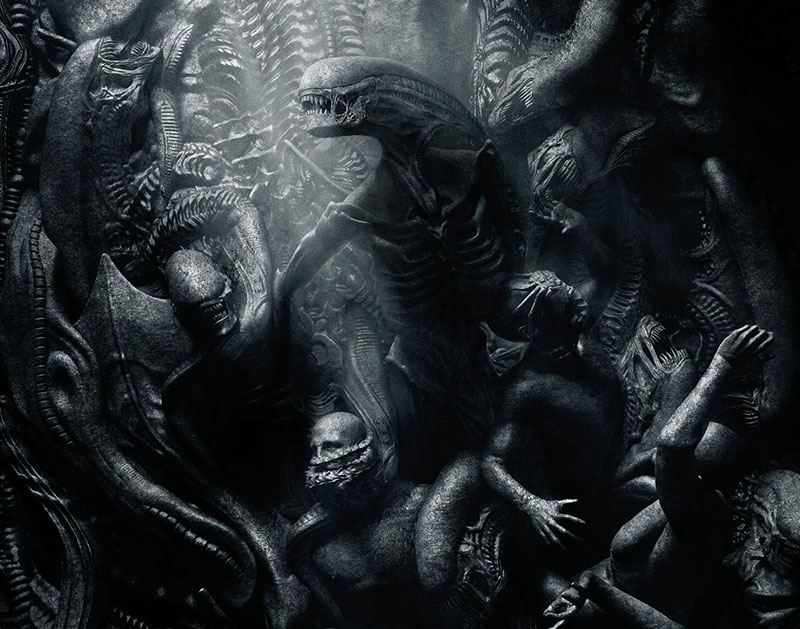 Alien: Covenant Shares Some Plot Similarities To Other Alien Films. But It’s More Than Just Another Space Horror; It Asks Some Big Questions, Too.

Current cinematic trends dictate that going back to a nearly defunct franchise is a totally acceptable practice.

Ridley Scott is no stranger going to this. Not only did he already direct a prequel to Alien with 2012’s the amazing and thought-provoking Prometheus, but he’s now producing the upcoming sequel to Blade Runner and churning out another Alien prequel in Alien: Covenant in the same year.

What is there to be gained by going back and revisiting old material like this, though? In some instances, the result is nothing but a rehash of the older source material (see: Star Wars: The Force Awakens). Fortunately, Scott’s efforts in this regard with Alien have only expanded on the notion of a universe filled with life-giving Engineers and life-taking Xenomorphs.

Alien: Covenant picks up right about 10 years after the events of Prometheus. Instead of a corporate-sponsored scientific expedition, though, the titular Covenant is filled with 2,000 colonists, hundreds of embryos and the 15 ship crew members who are on their way to a possible new home world. While charging its energy reserves for the seven year flight, the ship is hit by a random solar flare that ends up killing the captain (James Franco, seen only in flashbacks or as a charred corpse) and various colonists while in their deep sleep pods.

An emergency protocol dictates that the ship’s android Walter (Michael Fassbender) wakes up the rest of the crew to contain the damage in such an instance. Among the awakened are a myriad of characters, including Daniels (Katherine Waterston) who is mourning the death of her husband, the reluctant acting captain Oram (Billy Crudup) and the pilot Tennessee (a restrained Danny McBride).

After hearing a faint distress signal, the crew must decide whether to follow it or continue on to their original destination, Origae-6. This being an Alien movie, though, they of course go to the distress signal. To be fair, they have a reason to do so: The call’s source is an Earth-like planet, and the crew, slightly freaked after seeing their captain roast alive in a sleeping pod, isn’t too keen to go back to sleeping in those things. In the new planet they meet Prometheus‘ surviving android, David (also played by Fassbender), who has been marooned on this planet for the last 10 years.

If you’ve seen any Alien movies, you can probably guess what happens next: characters with vaguely defining characteristics start behaving irrationally; curiosity convinces the crew to foolishly go into scary dark areas; things begin exploding out of human bodies; and so on.

Alien: Covenant‘s similarity to the other movies in the franchise is honestly the weakest part of the movie.

Beyond that, though, it is a thematically rich and ambitious movie that continues exploring the origins, flaws, absurdity and hubris of life and evolution. To that end, this movie will probably not please the old-school Alien fans that just want to see people die in space. Rather, Scott’s aim here is to explore the very nature and horror of creation — an ambitious as hell task, to be sure. But it’s a natural progression: With Prometheus, he explored horror of creation; with Covenant, he explores how terrifying evolution can be.

Covenant may not answer all of the answers asked by Prometheus, but it enriches that previous effort and adds depth to the other entries in the series.

It’s a higher-minded effort, and Scott deserves credit for that. Covenant brings this saga to a very interesting place — and an incredible dark one, too.