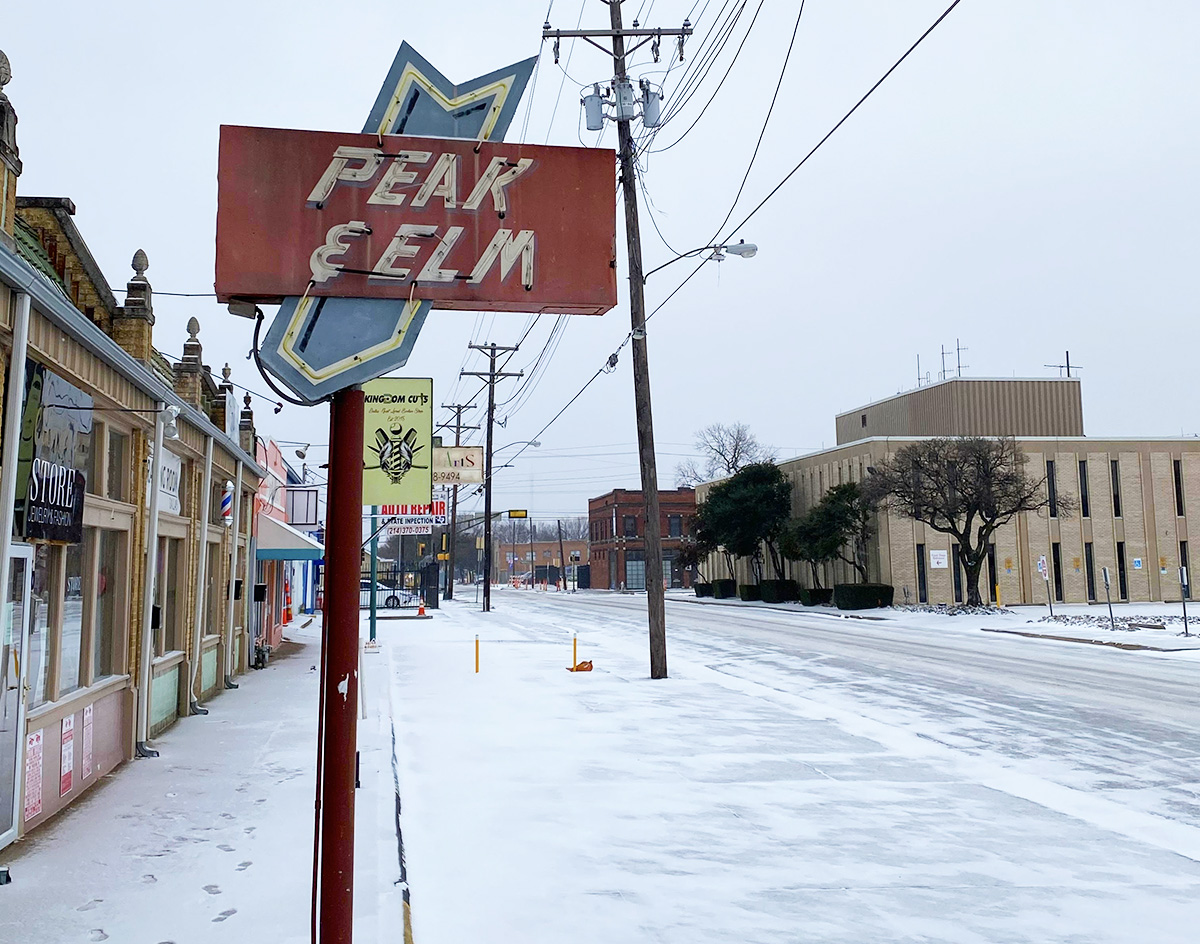 Information On Warming Centers, Power Outages, Open Restaurants And The Second Round Of Expected Winter Storms In North Texas.

This story is developing and will be updated regularly.

Update as of 1:19 p.m., Wednesday, February 17: ERCOT said early Wednesday morning it restored power overnight to about 600,000 households across Texas. By 12:54 p.m. Wednesday, Dallas County Judge Clay Jenkins said there had been “modest improvement” but that 115,000 customers were still without power in the county. ERCOT estimates about 2.7 million are still without power in Texas.

Update as of 3:35 p.m., Tuesday, February 16: In a press conference on on Tuesday, ERCOT said between 2-3 million people in Texas are without power as of now. ERCOT also said more outages could be expected tonight.

North Texas has been upended by a record-making frigid winter storm. Since early Monday morning, hundreds of thousands of residents all over the region have seen rolling blackouts. In many cases, these blackouts have turned into extended, ongoing shortages of power from providers like Oncor. Some residents have gone without power for more than 24 hours. By Tuesday Morning, North Texas reported its lowest temperature in 72 years, according to the Dallas Morning News.

A map of Oncor’s outages across DFW can be seen here.

Of course, residents have wondered how the largest energy producing state in the U.S. could be failing to handle an energy crisis at its own doorstep. Well, Texas has its own electric grid operated by The Electric Reliability Council of Texas (ERCOT) in an effort to avoid federal regulation.

The shortages came as energy equipment failed due the historically low temperatures. However, this isn’t the first time the state has seen something like this. Similar issues were reported in 1989 and again in 2011, but it doesn’t seem as if the state learned from its mistakes. After an investigation in 2011, recommendations were made to winterize — which means to use preventative measures so they can adapt to harsh winter conditions, if need be — the state’s energy equipment. However, Texas has deregulated its energy market, so unlike many other states, winterizing is not required here.

Essentially, the equipment needed the necessary upkeep for when another inevitable winter storm hit, but because this isn’t an every-year concurrence, Texas leadership simply has not consistently spent funds on maintenance to prevent it from happening again.

Gov. Greg Abbott on Monday denied the state’s power grid had been compromised. However, just 24 hours later, he flip-flopped — on par with the history of his leadership, or lack thereof  — announcing he issued an executive order to make reforming and investigating ERCOT an emergency item in the state’s legislative session.

On Tuesday, Oncor said its customers should expect continued “controlled outages” due to poor grid conditions as ERCOT is unable to predict when the grid will stabilize. ERCOT said due to wind and solar output, it should be able to turn power back on for some residents on Tuesday, and claimed power had been restored to about 400,000 households across Texas on Tuesday.

Another winter storm warning has been issued for Tuesday evening into Wednesday. Parts of North Texas could see up to 6 inches or more of snow from this second round. We will keep you updated here as conditions and forecasts play out.

If you have any questions about warming centers, call the community assistance helpline at 211.

Several restaurants, hotels and grocery stores across the Metroplex are open, but operation hours are subject to change depending on the weather. Call before venturing out to make sure. Here is a crowdsourced list of places open offering warm meals, wifi, charging stations and more from Dallasites101.