47 Things To Do In Dallas This Weekend. 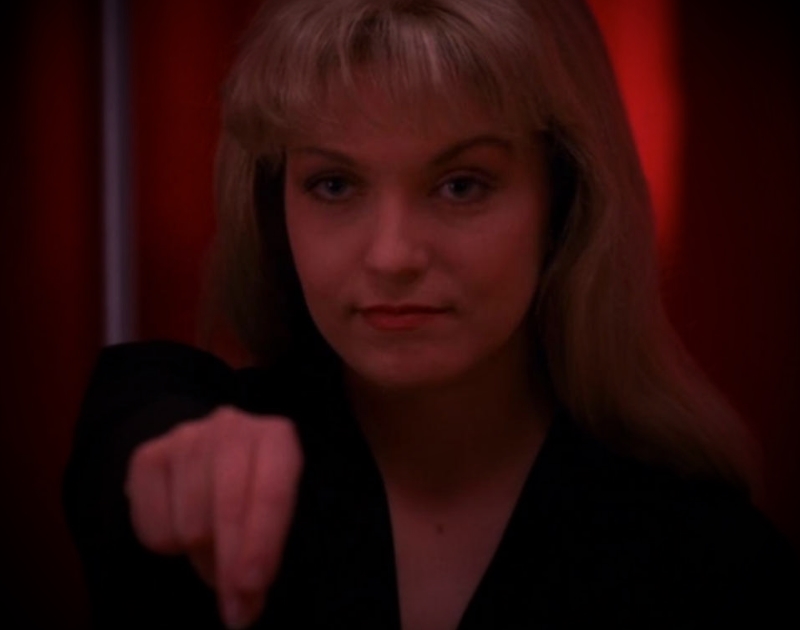 Have a Willie Nice Weekend, Meet the Cast of Twin Peaks, Eat All the Tacos, Get Wings at the Red Bull Air Show and More.

Emile Ratelband, a 69-year-old man from the Netherlands, has filed a lawsuit against the government to change his birth year from 1949 to 1969, because he wants to legally be recognized as a 49-year-old.

His motive? He wants to pick up girls on Tinder because according to himself, he is “a young god.”

He says it’s the same as changing genders or changing names. Um, is it?

The judge thinks that legally changing his age would legally delete that part of his life, and that’s not ethical is it?

Well, while you’re thinking about just how bizarre this is, don’t forget to check out the below activities for a spectacular weekend in Dallas. Because if you miss out, you’ll later realize you can’t turn back the clock and get a redo. — Claire Lin

Willie Nelson at Billy Bob’s
The legendary singer is back in his home sweet home state for two straight nights at the World’s Largest Honky-Tonk. — CL

Sam Morrow at Sundown
Out on his Concrete and Mud Tour, Morrow will bring his band — which sounds like the second coming of Little Feat — to the Granada’s sister space. — CL

Desperado at Inwood Theatre
The fact that it stars icons like Steve Buscemi, Antonio Banderas, Quentin Tarantino and Salma Hayek is all the reason you need to go see the second installment of Robert Rodriguez’s Mexico Trilogy. — CL

Mya at Canton Hall
Aptly named after Maya Angelou, this beauty sings, dances, and even has her own nonprofit foundation for disadvantaged youth. — CL

Sparta at Gas Monkey Bar N’ Grill
The former At The Drive-In members return to town after playing a festival in support of Beto O’Rourke last month. — Cory Graves

Claude Vonstroke at Stereo Live
Vonstroke is one of the most renowned DJ’s of the U.S. today. He’s based in L.A., but owns a records company in San Francisco. — CL

Junior Brown at Kessler Theater
As country as country gets, Brown even created his own unique instrument called the “Guit-Steel”, a double-necked guitar combining standard guitar with steel guitar. — CL

Wisin at South Side Ballroom
Wisin is up there with stars like Luis Fonsi and Alejandra Guzmán — like quite literally up there as voice coaches on the Spanish version of The Voice. — CL

The Night Game, Half the Animal at Trees
The Night Gamebegan as a project to embody its own name. It’s the nocturnal game of the American dream, dangerous like “anything can happen in the moment.” Frontman Martin Johnson plays with synths and heavy guitar work to make the danger seem imminent. — CL

Solarstone at Lizard Lounge
English DJ and producer, Richard Mowatt, has been pushing the pure trance movement since 2012, aiming to keep the genre true to its roots in all of his shows and tours. — CL

All Bruce! at Moody Performance Hall
All Bruce! is a celebration of four works of the late Bruce Wood Dance Project founder, Bruce Wood. The show is complete with an Artists Talk by several artistic directors and advisers. — CL

Dallas Comic Show at Richardson Civic Center
There are tons of sci-fi and comic book stars coming in for this con, most notably Sheryl Lee, who played Laura Palmer in Twin Peaks. — CG

Texas Taco Festival at Texas Live
Over 75 varities of tacos from 30 restaurants will be represented at this two-day fest. All up for grabs at $3-a-pop. — CG

An Evening with Bill Callahan at The Wild Detectives
The lo-fi country rocker sometimes known as Smog plays an intimate show at the Oak Cliff coffee shop. Unlike many of the events here, which tend to be free, this one will cost $20 at the door. — CG

Willie Nelson at Billy Bob’s
He’s back for round two. — CG

Xuan at Good Records
Sugary Dallas pop artist Xuan celebrates the release of her debut record at this afternoon performance from Good’s pink AstroTurf stage, and then again, later on Saturday night over at Double Wide. — CG

Giraffage, Ryan Hemsworth at Trees
Known for his synth-pop productions, San Francisco’s Charlie Yin is best know by the name of Giraffage. He has ordained himself with the mantle of refreshing and innovative among modern music producers. Growing up in a traditional Asian family, he is a self proclaimed “music nerd,” and his knowledge and talent shows. — Lauren Keuning

Pumpkin Spice 5K at Panther Island Pavilion
If you’re gonna be basic, might as well get in really good shape for it. — CG

Decks in the Park at Klyde Warren Park
This is technically the Halloween bash, which was rescheduled due to weather. Stave off Christmas a little longer by whipping that demon attire back out and hitting this outdoor dance party. — CG

Ben Rector at Toyota Music Factory
Though some critics have pointed out the Tulsa-born singer-songwriter hasn’t evolved much over the course of his career, we’re guessing most fans of Rector’s trademark positivity don’t mind too much. A little sunshine and optimism backed by a solid soundtrack never hurt anyone. — Porttia Portis

Nicki Bluhm at The Rustic
Initially rising to popularity on the strength of a viral Hall & Oates cover video shot live from their tour van, the band’s original material puts a markedly more pop-country spin on The Band’s brand of roots rock. The effect is a batch of tunes that are modern yet familiar. — CG

Ima Let U Finish at Three Links
But Dallas has one of the best Kanye tribute acts of all time. — CG

Greensky Bluegrass at Granada Theater
Super-stringy bluegrass with a taste of Americana? You’ll want to sway and drink some Budweisers when these Kalamazoo Americana giants take the stage. — Obed Manuel

The Ataris at Dada
The ’90s emo band celebrates the 15th anniversary of its only Gold album, So Long, Astoria — y’know, the one with “Boys of Summer” on it. The Queers and The Riptides come along for the ride. — CG

Acid Dad, Sealion at The Regal Room
The NYC psych-punks, Acid Dad, have gone through at least 10 bass players in its short time. For that matter, local openers Sealion have run through at least three full-time bassists, with a couple of fill-ins here and here. — CG

Slim Thug at Lola’s
The Houston rapper is still trippin’. It’ll be interesting to see what comes of this. — CG

Red Bull Air Race at Texas Motor Speedway
The energy drink makers give you wings — literal ones, in this case, as stunt planes be stuntin’ out Fort Worth way. — CG

Ida O’Keeffe: “Escaping Georgia’s Shadow” at Dallas Museum of Art
The DMA’s new exhibit shines light on the career of Ida O’Keeffe, who was certainly recognized in her lifetime, though massively overshadowed by famous older sister Georgia. — CG

Design Society presents: Pavilion Picnic at Webb Chapel Park
Bring a picnic and join this informal gathering to discuss the city’s Park Pavilion program — which has “created some iconic works of architecture in Dallas.” — CG

The Moors at Theatre Three
At first, we thought Jen Silverman’s new play was called The Moops, but then we realized it was definitely a typo, bubble boy. Ending its run this weekend, the dark Victorian comedy is both whimsical and mysterious. — CG

Stuffed: A Friendsgiving Festival at Granada Theater
A Cowboys watching party on steroids, this one will feature a spread whipped up by 10 popular Dallas chefs. — CG

12 Days of Holiday Beer at Dallas Arboretum
Steam Theory Brewing is the featured  brewer at this holiday event, which will highlight a different local beer maker each day. Find the full schedule at the link above. — CG