Song of the Day: Not Ur Girlfrenz — “No One Asked You Anyway.” 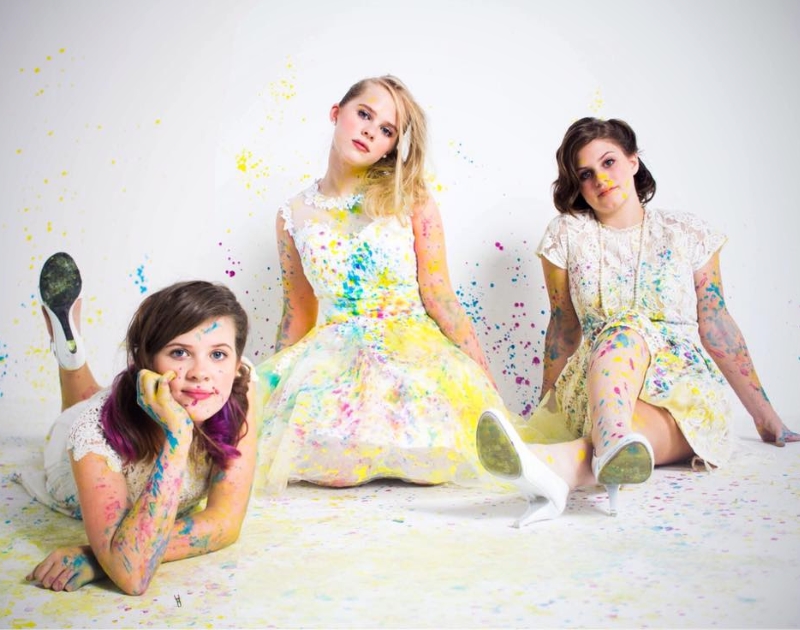 Check Out the Future of Rock ‘N’’ Roll, As Teen Trio Not Ur Girlfrenz Aims To Inspire The Next Generation To Pick Up An Instrument.

Not Ur Girlfrenz — “No One Asked You Anyway.”
RIYL: Playing by your own rules.
What else you should know: The death of the electric guitar has been widely reported on in the past year.

According to some figures, sales are down by as much as 30 percent over the past decade.

Onetime Beatle Paul McCartney attributes the decline to the fact that the next generation of rock ‘n’ rollers doesn’t have any real heroes to look up to – and that kids these days aren’t really listening to rock anyway.

“Now, it’s more electronic music and kids listen differently,” Macca said in a recent interview. “They don’t have guitar heroes like you and I did.”

But all hope isn’t lost! In fact, there are a few demographics in which guitar sales are on the rise, with one of the most dramatic being in the category of women, who now make up half of all beginner guitar purchases.

And if local teen power pop trio Not Ur Girlfrenz has its way, the next generation will have its rock star hero bases covered.

“One of the biggest inspirations for [out new] album is the power of being underestimated and inspiring the new kids in America to pick up their instruments and make loud noises,” says 13-year-old singer-guitarist Liv Haynes.

The band’s maturity and foresight is impressive, to be sure, and certainly not lost on Bowling For Soup frontman Jaret Reddick, who produces and manages the girls.

“They totally get it,” Reddick once told HuffPo. “They are all about girl power and just showing other kids that anybody can do [music]. Instrument-wise, they’re pretty much better than anyone they come in contact with—including adults.”

But don’t take the “1985” singer’s word for it. See for yourself in the video below for “No One Asked You Anyway,” the second single from the trio’s debut EP, New Kids in America, which is due out Friday.

The clip finds the outfit eschewing the charm school stereotype of society’s expectation for young ladies in favor of (literally) more colorful and messy lives – set to lyrics like “We’ve heard it all before / You think we’re something to ignore / A patronizing broken record / Listen up we will be heard!”