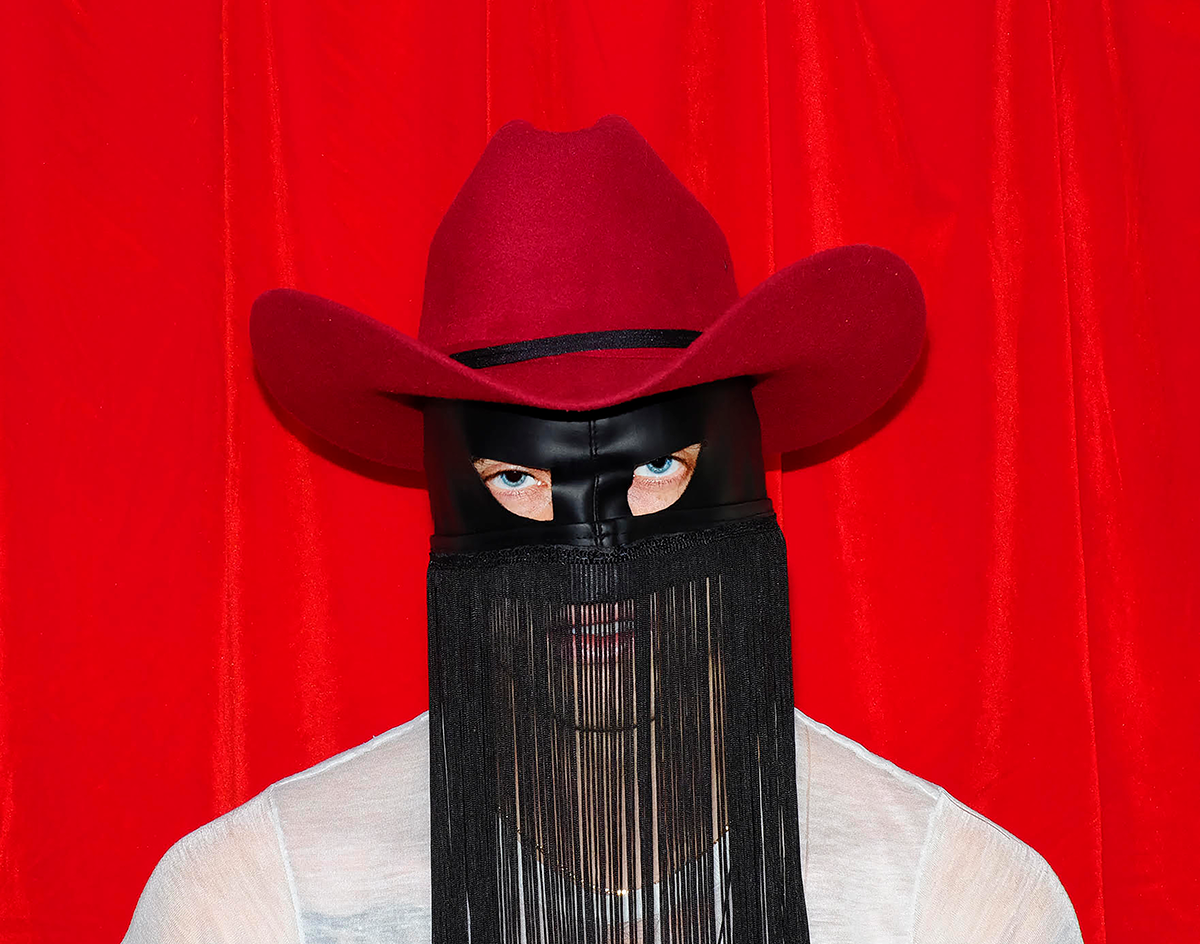 Be The Queen Of The Rodeo With Orville Peck, Join The Polyphonic Spree’s Jukebox Jamoboree And Hear It Through The Grapevine With Ginger Root. Plus More!

Update at 11 p.m. on March 12: Dallas County has issued a ban on all gatherings of 500 or more people through March 20. It is strongly discouraging all events of more than 250 people. More details here.

Update at 7:15 p.m. on March 12: We will be updating this running list of cancellations as they are announced, including those listed here if they are to be postponed/cancelled.

As we all know by now, Coronavirus now poses a very real threat to public safety, especially as the World Health Organization has officially labeled it a pandemic. We at Central Track plan to keep you updated as best we can, including the cancellations of events as they happen.

No pesky pandemic is going to stop the country of France from saluting the Smurfs, though.

About 3,500 people “blue” themselves in the small town of Landerneau, France, gathering while dressed as the cerulean cartoon characters.

This event was intended to break the Guinness World Record for “Largest Gathering Of Smurfs”, which, yes, is an actual category. The record was previously broken last year by 2,700 Smurf stans in Germany, because Western Europeans apparently just cannot get enough of these blue bastards.

The mayor of Landerneau, Patrick Reclerc, justified holding this gathering during the spread of COVID-19 by saying “we must not stop living…it was the chance to say that we are alive.”

Reclerc’s assertion that blue lives matter comes at a tumultuous time for France, as the virus has infected over 1,700 people so far.

Just one day after the event, France banned gatherings of more than 1,000 people, like this Smurf meetup, in order to prevent the spread of the virus.

This heightened response to the pandemic makes a video clip taken at the Smurf gathering especially ironic, where a cheerful Smurf couple dismisses Coronavirus fears by saying “There’s no risk — we’re Smurfs! Yes, we’re going to Smurferise the Coronavirus!”

As far as we can tell, there is no episode of The Smurfs where the village “smurferises” a virus, although that certainly would have made for a memorable “Very Special Episode.”

VIDEO: Thousands gathered in western France on Saturday to break the world record for the largest ever gathering of Smurfs. Around 3,500 people set aside fears of the coronavirus to dress up as the characters, which come from a Belgian comic franchise pic.twitter.com/aNEEkDIvAt

Some of the revelers wore white beards and red beanies to resemble the series’ pint-sized patriarch, Papa Smurf — someone should probably remind them that, as an elderly man, Papa Smurf is particularly at-risk to contract a virus like COVID-19 and should not attend mass gatherings like this one.

Gatherings like that French Smurf jamboree are not wise in this current climate, but there are plenty of safer and saner opportunities to share experiences with your local community.

Here are some of the coolest ones happening around town this weekend — should they not be cancelled, of course. — Daniel Valdez

Ben Rector at Majestic Theatre
You may know this singer-songwriter as the guy that occasionally gets confused with Ben Harper. And sometimes Ben Kweller. – Garrett Gravley

HRVY at House of Blues
At 21, this sappy teen heartthrob has already had a lifetime spanning career with a charting music career, successful YouTube channel, and a hosting spot on a BBC music show. Even more impressive is the fact the popstar is headling an international tour without having even released a full-length album. – Mason Geear

Eli Young Band at House of Blues
Eli Young Band got its start at University of North Texas, which is something the university will remind you of every chance it gets. — GG

Excision at Toyota Music Factory
Excision is a Canadian DJ who produces bass so strong that it can aparently summon the apocalypse. – Nikki Johnson-Bolden

Royal Sons at Granada Theater
This DFW-bred blues rock band wants to bring the sex, durgs and mystery back to rock n’ roll. If “The Devil’s Knockin,” Royal Sons are answering the door. — NJB

Young Guv at Ridglea Theater
Ben Cook, going by the stage name Young Guv, is a NYC-native with a love for feel-good pop summer jams. — MG

Freaker’s Small: Half Way To Halloween at Gas Monkey Live!
A nightmarish night of music as Gas Monkey Live! celebrates the halfway mark to Halloween this year. On the bill are tributes to Tool, Nine Inch Nails and Marilyn Manson. — MG

Love For Lovell at Trees
This show is a benefit concert in support of Dallas musician Chad Lovell of Course of Empire, who suffered a brain injury in November. Bands like RivetHead, Crankfish and Dead Scene Believers are set to play the event. — NJB

FubuPalooza at Southern Skates Roller Rink
Aside from networking and rollerskating, there will also be a chance for creators to display their work, and grub on some food. — Natalie Bermudez

Bobby Patterson at Poor David’s Pub
Multi-instrumentalist Bobby Patterson is ready to bring the blues to the ears of Dallas. A good drink and some sweet jazz sound like a relaxing way to end a night. — NB

Saved By The 90s at House of Blues
If you’re one of those people that can’t let go of the ’90s, you can relive the decade at this interactive party. — NJB

The Grays + Cure For Paranoia at Braindead Brewing
In this corner, we have the neo-soul family band with a penchant for Disney covers, The Grays. And in the other corner, the earthy Deep Ellum hip-hop collective Cure For Paranoia. These two groups won’t be fighting, though, but collaborating on some sweet soulful jams. — DV

All-Con XVI at Crowne Plaza Hotel
The DFW Metroplex has become a mecca for nerd-dom thanks to conventions like this. Among this year’s events include a reunion of the original Battlestar Galactica cast, an escape room, a pre-con pajama party and plenty more. — DV

Deep Ellum Metal Fest 6 at The Blue Light, Wits End, Reno’s Chop Shop
This two-night and three-venue local metal festival has enough brutal and battering bands to satisfy any headbanger, including the likes of Corrosion and Kill Everything. That said, this event missed a major opportunity by not naming itself “”Deep Ellum Metal Fest 666″” this year. — DV

Orville Peck at Canton Hall
We gave glowing praise to Orville Peck’s Dallas debut at South Side Music Hall back in October. Now, the masked country artist who happens to be a member of Nu Sensae will be making a stop at Canton Hall. — GG

DaVido at House of Blues
A frequent collaborator of Chris Brown, DaVido has made a prominent name for himself as a producer and solo artist. His 2019 debut album, A Good Time, comes after 10 years of feature spots and wearing the producer hat. — MG

The Roomsounds at Three Links
This band with a simple yet effective name prove that rock isn’t dead by a long shot. — NJB

Eleven Hundred Springs at Gas Monkey Bar N’ Grill
This country band formed in Dallas has been together since 1998. Can you say relationship goals? — NJB

Stunna 4 Vegas at Gas Monkey Live!
As a frequent collaborator of everyone’s new favorite rapper DaBaby, Stunna 4 Vegas has the potential to capture our hearts too with his take on gangsta rap. — NJB

Today Is The Day at Ridglea Theater
According to this band, they’ve been touring for a little over two decades. Today Is the Day is furious, and their music translates that chaos pretty well. Equally angry, Child-Bite, Speedealer and BLK Ops will join the band on their heavy-metal tour. — NB

The Polyphonic Spree: Jukebox Jamboree at The Kessler
The Polyphonic Spree has traveled the world with its choral rock tunes, but the hometown heroes are back in Dallas to perform a set of their favorite covers, as well as some popular originals. The whole affair will be recorded and used as material for a new live EP, too! — NJB

DEHD at Ruins
This three-piece group from Chicago says that love is the glue that keeps it together. The members of DEHD based their latest album, Water, on their philosophy about love; like water, love “surrounds and supports us.” — NJB

Ken Stringfellow at Andy’s Bar
Ken Stringfellow has had a hand in the making of over 200 albums since he became active in the music industry in the ’80s. One of those albums is the 2001 cult classic Touched, which was released on 9/11. Stringfellow is bringing a full band with him to Andy’s Bar to perform the album front to back. — NJB

The Office: A Musical Parody at Majestic Theatre
Michael Scott and musical theatre are together at last in this Off-Broadway musical parody of the classic NBC comedy. Songs like “That’s What She Said” and “The Creed of Creed” are worthy of both Tonys and Dundies. — DV

Glow Show With Joey Z at Dallas Comedy House
Stand-up is getting a glow up at this trippy comedy show. Host Joey Z has invited local comedians like Alvin Newsome to share tales about psychedelic mishaps in a glow-in-the-dark environment. — DV

ChingonX Festival at Four Corners Brewing Co.
“Chingon” basically translates to “Badass,” which perfectly describes the events at this Latinx-centric festival. On deck is a live episode of the podcast “De Colores Radio,” and a music showcase headlined by local synth-pop faves, Luna Luna. — DV

Butts Fest at Harvest House and Rubber Gloves
This festival’s cheeky name actually stands for “”Better Understanding Trash Through Service”” — the organizers of this event host weekly meetups where people clean up Denton by picking up cigarette butts from the Denton town square. Harvest House will host an artisan market and yoga sessions, as well as sets by psych-rockers like Mother Tongues. Rubber Gloves will showcase burlesque as well as various DJ sets. — DV

Carrie Underwood at Choctaw Casino
It’s a testament to her enduring success that she is one of the few female artists that bro-centric country radio stations bother to play. — DV

Blanks at Club Dada
Blanks is a singer-songwriter from Netherlands who is best known for his YouTube show in which he recreates a popular song in under an hour — a pretty impressive feat that is sure to be replicated on stage during his first international tour, appropriately titled “Going Places.” — MG

Ginger Root at Ruins
Film editor Cameron Lew became a frontman when he started Ginger Root, which plays what he describes as “aggressive elevator-soul.” — NJB

Good Morning at Three Links
The distorted guitar sounds and hazy-pop these two Australian blokes create as Good Morning would definitely make for a pleasant soundtrack in the A.M. — NJB

Night Moves at Andy’s Bar
A “Cosmic Tinged Twang Space Rock Disco Pop Sludge” outfit from Minneapolis, Night Moves is the type of band that you’d stumble upon at an open mic night and wonder how these guys haven’t blown up yet. Its latest release, Can You Really Find Me, has influences of modern pop, but sticks to an overall classic sound. — MG