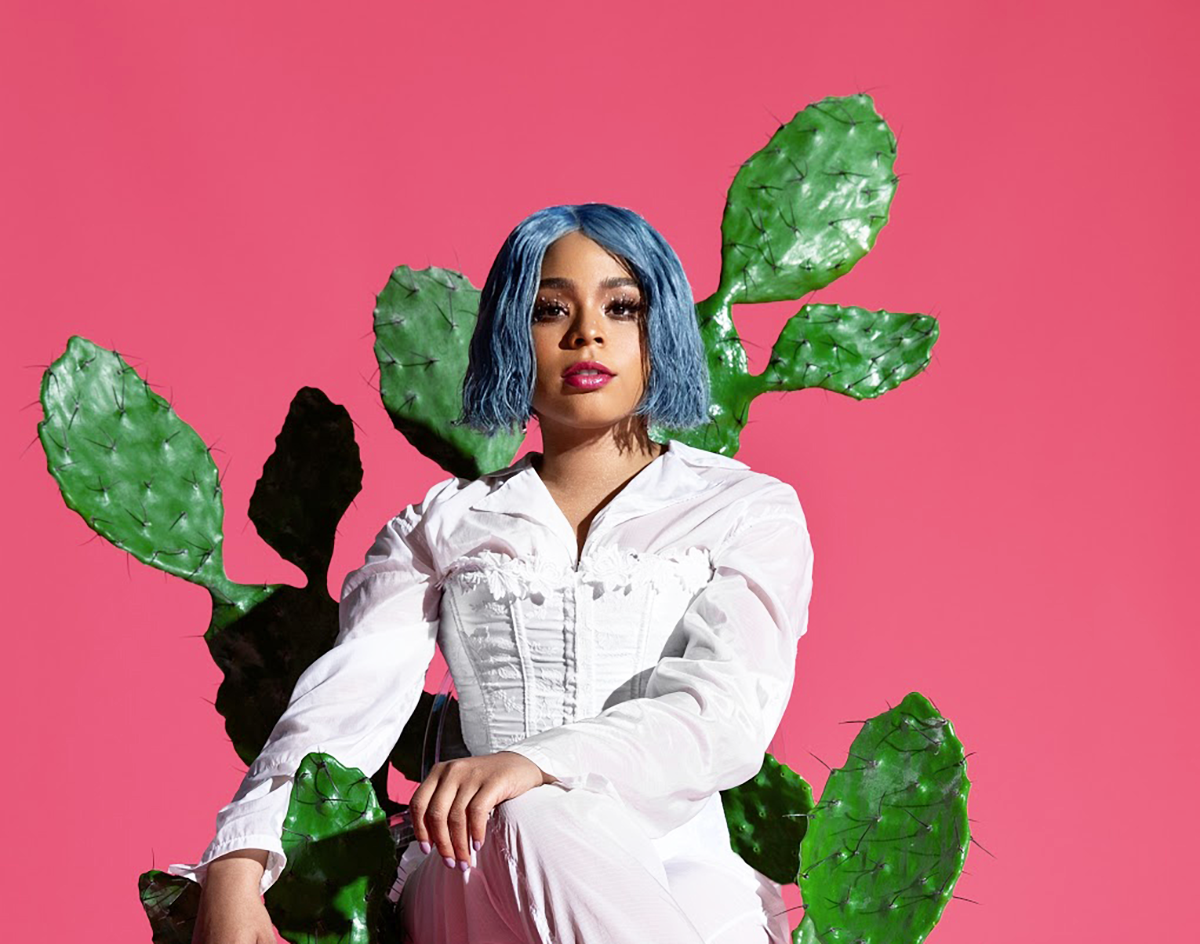 The Dallas Native Responsible For A Laundry List Of Chart-Topping Hits Is Stepping Out From Behind The Curtain For Her First-Ever Headlining Tour.

Tayla Parx somehow continues to be one of Dallas’ most kept secrets, but why she remains a secret at all is a bit bewildering.

Because, while you might be unfamiliar with her name, if you think that means you haven’t heard her work, well, you’re almost undoubtedly wrong.

The 26-year-old North Texas native has been silently racking up a career as one of bop-worthy music’s most sought-after hitmakers in recent years, having written for acts like Janelle Monáe, Quavo, BTS and Ariana Grande — the latter of whom’s omnipresent singles like “Thank U, Next” and “7 Rings” feature songwriting credits from Parx.

Still, her journey of ascent to the literal top is one we should probably start shouting with hometown pride.

At the age of 12, Parx made her acting debut in the film adaptation of Hairspray before moving to Los Angeles and landing tween-drawn roles on shows like the Grande-supported Victorious and the Fox Network’s Bones. But it was Parx’s love for singing — something she discovered as a child when her grandmother involved her in church choir — that quickly manifested in the shimmer of her glossy, ever-growing résumé of heavy-hitting collaborations. It also recently got her a roll call from Taylor Swift during her acceptance speech for her Billboard Woman Of The Decade award, in which she losted Parx among other young artists, like Billie Eilish and Megan Thee Stallion, who inspire her.

All of the name-drops in the world couldn’t cloud the vision the “Me vs. Us” singer has her sights set on now, though — that of bonafide solo artist, a distinction the bubbly, raspy-voiced Dallasite says she’s prepared to prove she can get right.

We spoke with Parx in the middle of Grammys weekend — she was nominated for Album Of The Year for her extensive songwriting on Thank U, Next, among its several other noms — as she was also gearing up for her first-ever headlining tour, which starts with a hometown show on Friday, January 31, at House of Blues.

Now, allow us to reintroduce you to Tayla Parx.

The first stop on the “We Need To Talk Tour” is here in Dallas. Did it just kind of happen that way or were you feeling a little homesick?
It kind of just happened that way, but also I’m obviously really excited to go home and perform. I have so much fun in Texas in general, but I was really excited specifically to go to Dallas.

And it’s a little prescient that your tour and latest album’s namesake are We Need To Talk, because we really do need to talk, Tayla. I feel like Dallas is sleeping on you!
I feel like that too. You don’t have to support artists because they come from your hometown, but I think it is nice thing to say like, ‘be on the lookout for it, and if that’s something you vibe with, then support it.’ If not, there will be other people in other territories that do. But I would really love for my hometown to be one of the places that fucks with my music.

I was prepping for this interview was surprised there wasn’t more talk. We at Central Track have featured a couple of your songs in the past, but there wasn’t anything extensive in local media, which is wild because I thought to myself, ‘but this girl is a hitmaker?!’
[Laughs.] Yeah, but that’s why I figured I gotta go home and make sure they know I’m not from L.A. I’m from Dallas, Texas. And that’s a big part of the reason why my music is the way that is, the style and the way that I write is because I’m from the south.

Speaking of your writing style, you’ve written for a laundry list of big names. It doesn’t seem like you’re afraid to step into any genre, either — you’re all over the place. Is that innate, or do you have to keep pushing yourself to step out of your comfort zone?
It’s 50-50. Pop and R&B things came natural, and then all of a sudden I was just like, ‘I want to push myself as a writer as well.’ Then I noticed that pushing myself as a writer in all of those other genres only added to what I did and [still] do in pop music. So, learning from those writers and producers and artists — in rock or country or classical or whatever genre — allows me to bring that back to my comfort zone and take it another step further.

And for a lot of your work, you’ve been making moves behind the scenes.
It depends on [someone’s] idea of success. I didn’t write songs for other people for [everyone] to know I wrote them. That’s the most humbling part about being a songwriter — it’s about somebody else. I’m special in my eyes either way because I’m doing something that makes me happy. It’s just a matter of, well, now we’re starting over again for the third time — starting my career. The same way I proved myself as a songwriter and the same way I proved myself as an actress is the same way I’ll prove myself as a [solo] artist now.

What is that process like, by the way? The filter of deciding whether to keep a song for yourself versus giving it to someone else.
It’s pretty easy. I don’t really see most of the artists I work with [singing] any of the songs that are on my album. It’s quirky, it’s fun, it’s me — it’s not one genre or the other. And I think we’re just now getting into a phase where most artists are unafraid to do that. At this point it’s really about continuing to do my thing. My own music comes naturally to me. I don’t have any boundaries or barriers like I have when I’m writing for other people — I get to say this is exactly how I feel about it and this is exactly the way that I would say it right now for where I’m at in life. Period. Sonically as well — with the production, I’m producing a lot of my own music, which I don’t do for other people, or it’s very rare that I do for other people. I’ve just been very focused on being true to myself, and that naturally turned out to be something of a combination of lots of different influences, because I like so many different kinds of music, so it’s inevitable for [my music] to be sonically different than when I write for other people.

I hear that especially on We Need To Talk.
A lot of my music has an R&B background, but it has the structure of a pop song. So, there is no one genre [for me] because I’ve basically made my own tailor-made thing for each song that I do. I don’t say ‘this is [only] a pop song or ‘we can’t add this element from country.’ That’s necessary for the evolution of a genre, period.

Not all songwriters consider themselves performers and vice versa. Do you consider yourself a songwriter first and performer second, or are the two roles reciprocal?
I’m definitely both. When I’m in that studio, it’s both [performer] and songwriter mode. It’s necessary to be able to differentiate what you do for you and what you’re doing for other people, because it gives me a strong sense of identity. And, it’s one of those things that I’ve always been kind of… like when people ask me ‘are you more of an actress or a singer?’ When it comes to that, I’m more of a singer — I love it more. But singing and songwriting for me goes hand-in-hand. Even as a kid I was listening to [people] like Erykah Badu and Brian McKnight and Babyface, people who had written for not only themselves, but other people.

I’m curious to know, do you ever feel pressure to match your previous work? I know when I’m writing I tend to put a lot of likely unnecessary pressure on myself for it to be better than the last thing I wrote.
I don’t think I compete with songs I’ve written in the past because, well, they were written in the past. I don’t ever drive myself crazy comparing myself and competing with myself. It’s supposed to be fun. The moment it stops being fun is the moment that I won’t do it anymore. So for me, and part of how I feel myself having long term happiness is to live in the moment. There’s always a reason why a song was a smash at that time: it could be the song, it could be the right time at the right place with the right artist… all of those factors go into a song becoming a hit. When you understand that it’s all of those other factors, then it’s unnecessary to put the extra pressure on [yourself]. All that I can do is make sure that I’m being the best me today and holding myself to those standards every single day. 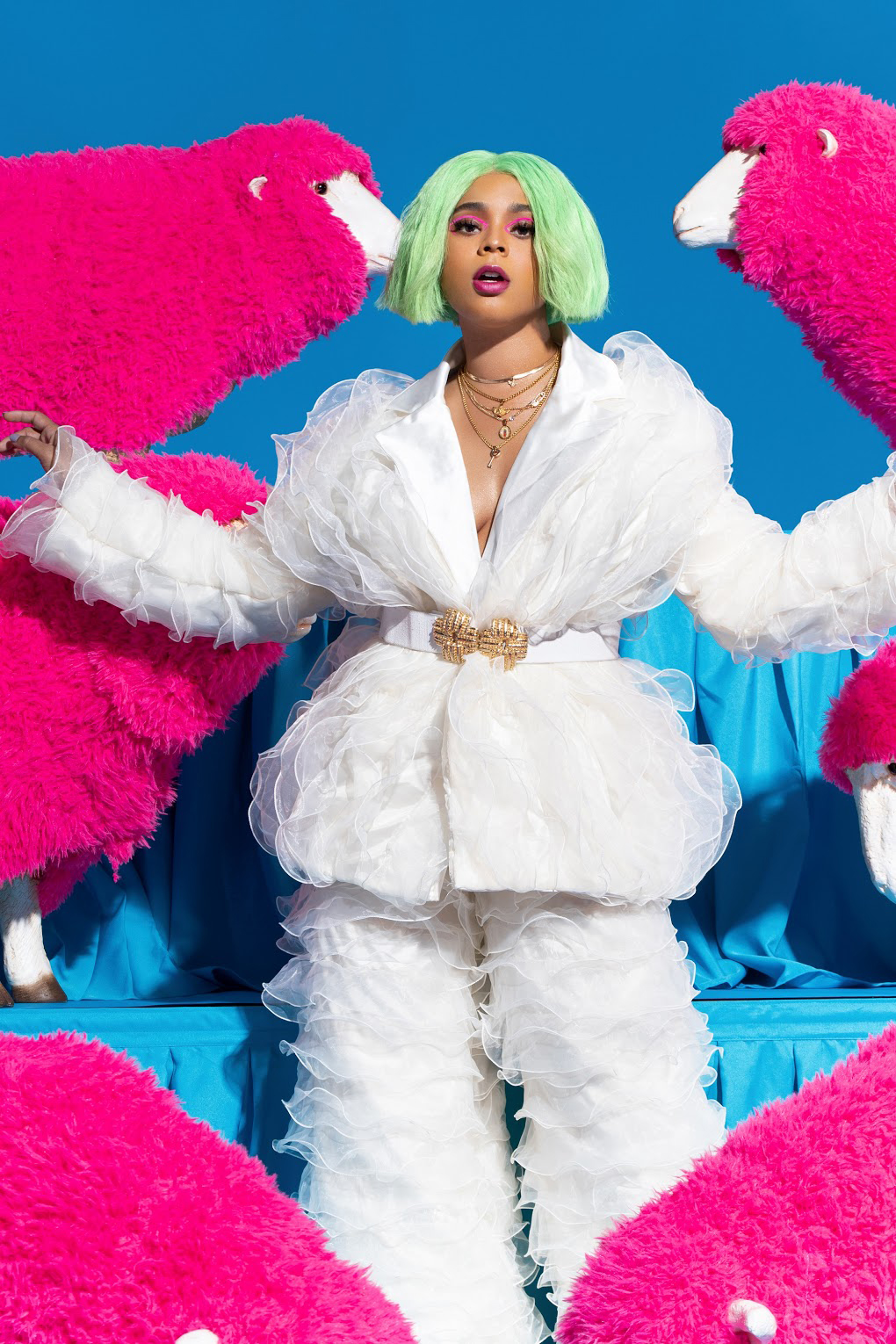 Ok, I’m going to revisit this interview when I need to be reminded of that because you are preaching directly to me. So what’s next after the tour? You put an album out in 2018, you put an album out in 2019… do you sleep? Is there another album coming in 2020?!
[Laughs.] There is another album coming this year! And it’s almost done actually. I’m super excited to blast off with the “We Need To Talk Tour” and really get in touch with my Tayla side, and then you’ll be seeing the next album come later this year. I’ll also being going on a few more tours with some people that we all love, as well as another headlining tour for the new album, so you’ll be seeing a lot of me this year for sure.

Perfect. We’ll need to talk again, then!
Yes, most definitely!

Ok, last question. Well, it’s a two-part question. I know you were one of the people who wrote Panic! At The Disco’s “High Hopes,” so I have to ask, have you seen the Mayor Pete Buttigieg campaign dance?! What do you think of it?
What?! I haven’t seen this!

You haven’t?! It’s become a meme. I guess his campaign staff came up with this… dance? You have to look it up.
That’s one of the most fun parts about being a songwriter. Being a part of culture and influencing the culture, you know? It’s a song that was written years ago and it’s still creating little pockets of culture that I’ll be able to look back on when I’m old.

And it was written in a hot tub?
It was! In Aspen. We were honestly like ‘we don’t know what to write about.’ At the time, we all needed to hear that. And at that time, it was my birthday and I was working, and that line came out of my co-writer, so we just kept going back and forth with each other with that hook. Then Brendon [Urie] and everybody else came in and made it their own. We were just having fun and yet we were there to work. When you stop putting the amount of pressure on yourself like what we talked about earlier, you can make history and can just be confident and say ‘look, I’m enjoying the moment. I’m here right now, what do I feel?’ Come as you are and then just enjoy the process along the way.