The 40 Best Things To Do In Dallas This Weekend. 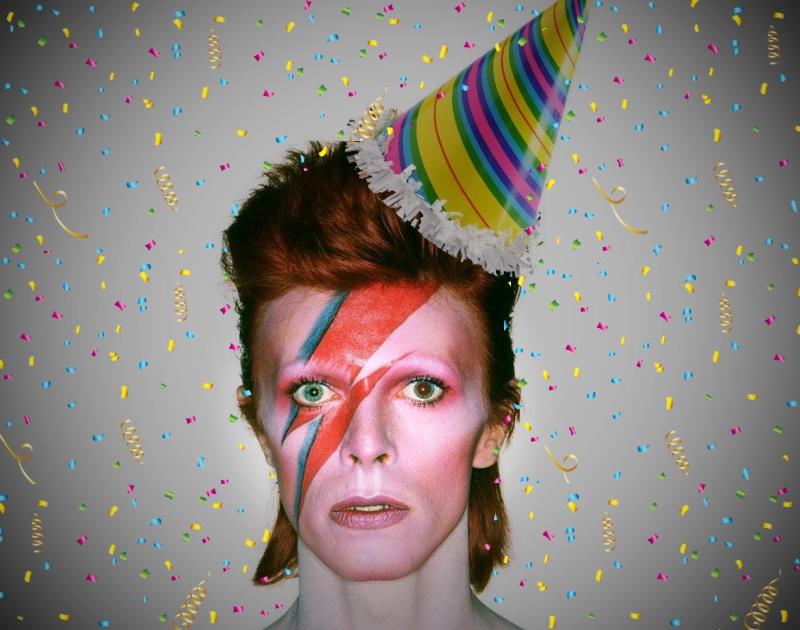 Start Your 2019 Off Right By Catching A Cowboys Playoff Game, Celebrating Bowie’s Birthday And Laughing It Up All Across Town.

There’s nothing wrong with staying home and catching up on chores all weekend long, don’t get me wrong. At the same time, there are certain things that are markedly less likely to happen to you if you’re not putting yourself out there more often.

Like these two lucky fans who attended the college playoff semifinal game this week at AT&T Stadium, and had the great fortune of a giant bald eagle landing on them. That’s just one example of some magic not likely to occur in your own backyard.

While we can’t promise you a bald eagle sighting, we can offer up some opportunities to go out and experience your own extraordinary memories this weekend.

Family Guy Pop-Up at The Whippersnapper
From Friday until the bar re-opens for its third anniversary, The Whip is turning into Peter Griffin’s favorite watering hole The Drunken Clam. It’ll be all themed out for exactly a month.

The Man Who Fell to Earth + Bowie Karaoke at Texas Theatre
Celebrate the late David Bowie’s birthday with a screening of this 1976 sci-fi film, which will be introduced live by actress Candy Clark. A Bowie-themed karaoke party follows in the lobby.

David Bowie’s Birthday Bash at Granada Theater
The Thin White Dukes pay tribute to the Thin White Duke a few days ahead of what would have been his 72nd birthday. Panic, meanwhile, opens the show with tributes to living legend Morrissey and The Smiths.

’80s Holiday Hangover Fest at Gas Monkey Live
Yet another Bowie tribute plays a Bowie b-day show. This one also includes odes to INXS and The Cult.

Josh Abbott Band at Billy Bob’s
For over a decade, these boys have torn up the Texas charts. This weekend, as they’ve done the past few Januarys, they’ll sell-out back-to-back nights at the World’s Largest Honky-Tonk™. That’s a promise.

The Robot Bonfire at Double Wide
The trio of badassery channels early ‘00s alt- and indie rock staples atop this all-local bill. The Motel Pines, The Delzells and Nonstarter open.

Second City Guide to the Symphony at Meyerson Symphony Center
Back for a second helping.

Josh Abbott Band at Billy Bob’s
Back for a second helping.

Misty Amber Moore Solo Show at Mighty Fine Art
Twenty pieces of the artist and poet’s works will be on display, along with a recycled items fashion show a DJ and more.

1310-The Ticket’s Dallas Cowboys vs Seattle Seahawks Playoff Watching Party at The Bomb Factory (Free)
Games, prizes, drinks, Ticket schtick and the ‘boys on the biggest of screens. Roll Tide!

Claire Morales, Remy Reilly, Rosegarden Funeral Party at The Free Man
The Deep Ellum blues and jazz bar’s long-in-the-works expansion and second stage is now fully open. Aside from being much bigger, it seems to be affording the venue the opportunity to branching out into some shows outside of the jazz realm being booked to its space. This show’s a fine example of that, as all three of these local, female-fronted acts are completely different from one another, sharing only an overall musical baddassery between them. The good times will roll.

Criminal at Texas Theatre
Phoebe Judge’s wildly popular true crime podcast hits the theater where a true criminal was once apprehended for a live taping.

Greg Laswell at Sons of Hermann Hall
The singer-songwriter and former Sia and Sara Bareilles collaborator has had dozens of songs appear in popular television shows and movies. He’ll perform them alongside Dallas’ Cameron Matthew Ray at this special seated show.

Cure for Paranoia, Scarlet Cimillo, Fishing in Japan at IBK
Three outfits responsible for some of our favorite songs from the last year team up for quite the strong all-local bill.

Motorcade at Kessler Theater
The Dallas supergroup includes members that’ve played with St. Vincent, The Apples in Stereo, The War on Drugs, The Deathray Davies, Baboon and Daniel Johnston over many years of honing their individual crafts. Now, together, they’ve put together a solid 2018 debut LP that wound up on numerous year-end lists, including this one from the Chicago Tribune. The Tomorrowpeople and Cryptolog open.

Rise Against the Machine at Granada Theater
This Rage tribute act rallies ‘round your family with a pocket full of shells. Acts paying homage to Deftones and Alice in Chains open.

Emo Nite Dallas at 2513 Deep Ellum
For more than a year now, this monthly party pairs emo-centric DJ sets with on-brand live acts. This month, those include The Polarity, They Were Giants, GUITARemoji and Offended by Everything.

Xtreme Body Painting, Music and Art Exhibition 3 at Deep Ellum Art Co.
Like regular body painting, but more extreme, with prosthetics and other materials used to transform models into winter-themed living art pieces – all created live at this party.

Hanson String Theory at Bass Performance Hall
To kick off its 26th year together, Hanson and the Fort Worth Symphony bring together a career-spanning selection of new, string-heavy arrangements.

Elaina Kay at Twilite Lounge (Dallas)
The future country and western star holds it down in her current hometown. Catch her for free whilst you still can.

DJ Roy Davis Jr. at Project AI Dallas
The Chicago house DJ, known for his work on Daft Punk’s label in the ‘90s, main events this dance party located at 1707 S. Lamar, while Demarkus Lewis and John Walker make up the under-card.

Happy Birthday Joe at Dan’s Silverleaf
It’s been a little over a year since the prolific Denton musician best known for his percussion work as a member of Brave Combo suddenly disappeared. His friends and family will gather to celebrate what would have been his 54th birthday, and a special announcement of some sort will be made at the event as well.

Cosplayer’s Ball at Andy’s Bar
If you wear a costume to this concert featuring Super Hero Super Villain and Dieselbeast, you won’t have to pay the cover. What’s more, you may also win $50 for your efforts. So don’t half-ass it!

New Year’s Punk Fest at The Fabrication Yard
More than 20 local punk outfits will cram onto this bill, all for a $5 suggested donation. Slothfist, Bullet Machine, Mean Motor Scooter and American Shit Storm are just some of the highlights.

50 First Jokes at Stomping Ground Theater
This annual tradition at comedy clubs around the country is making its way to Dallas via the upstart — and BOYB — Stomping Ground Theater. It’s just what it sounds like: A whopping 50 comics will share the bill on this night, telling their first onstage jokes of 2019. Here’s hoping 40 or more are really funny!

Ten Hands with Mike Dillon and Earl Harvin at Dan’s Silverleaf
The Denton mainstays celebrate the 30-year anniversary of its Big one album by bringing back that original lineup together to perform cuts from it.

A Vulture Wake at Three Links
The new-ish punk band features members of ALL, Lagwagon, Good Riddance and The Mag Seven, lots of shredding and a good ear for melody. Locals Bobgoblin and From Parts Unknown open.

“Cult of the Machine: Precisionism and American Art” (Closing Day) at Dallas Museum of Art
The museum’s fall exhibition ends Sunday, making it your last chance to admire “the influence of avant-garde European art styles such as Purism, Cubism, and Futurism with American subject matter.”

Mute Records Tribute at The Church
The club-within-a-club will feature the legendary label’s legendary catalog — Depeche Mode, Erasure, Golfdrapp, Moby, New Order, M83 – on the system at this one.

Dusty Slay at Addison Improv
The trailer park-raised, Nashville-based stand-up performed for both Jimmies this year – Fallon and Kimmel on their respective late night talk shows. He closes out a four-day run of local stand-up shows on Sunday.

The Phantom of the Opera at Music Hall at Fair Park
Dallas Summer Musicals staged the 2010 sequel to this Andrew Lloyd Weber classic last year. Now they’re going back and tackling its long-running Broadway predecessor – although that run ends on Sunday, too.